Accessibility links
Bubble Tea Is Back — With A Vengeance : The Salt Boba is the Taiwanese beverage that allows you to chew your drink. In its latest incarnations (think horchata and cocktail bobas), it's playing ambassador to a whole host of other foods and trends. 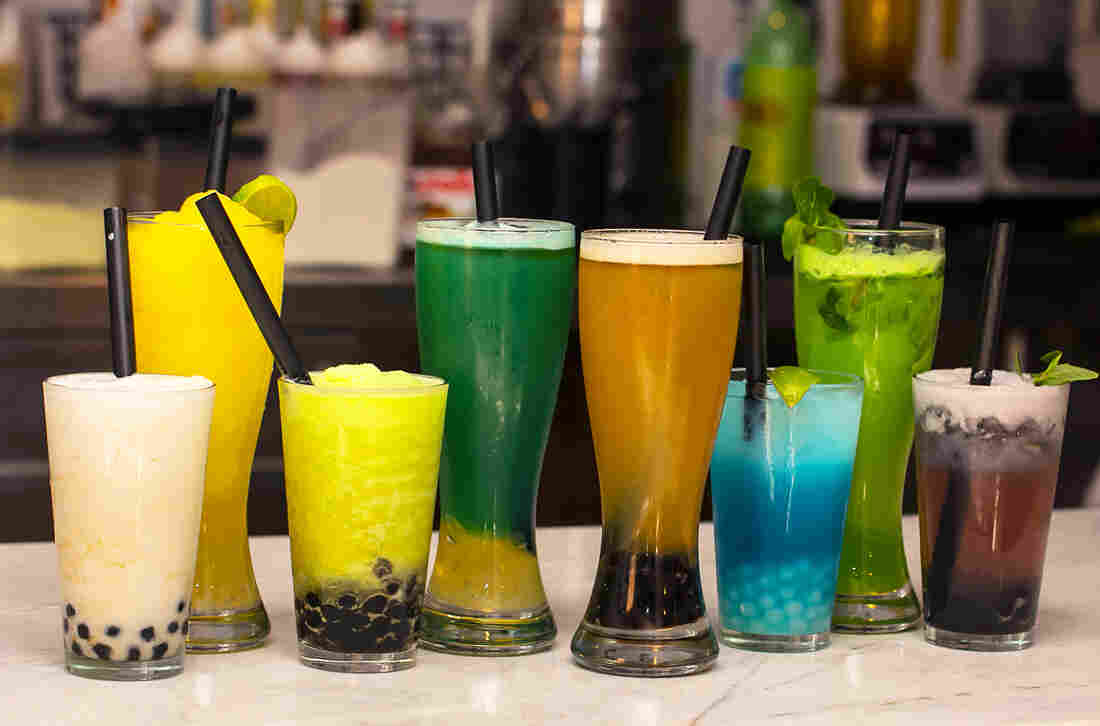 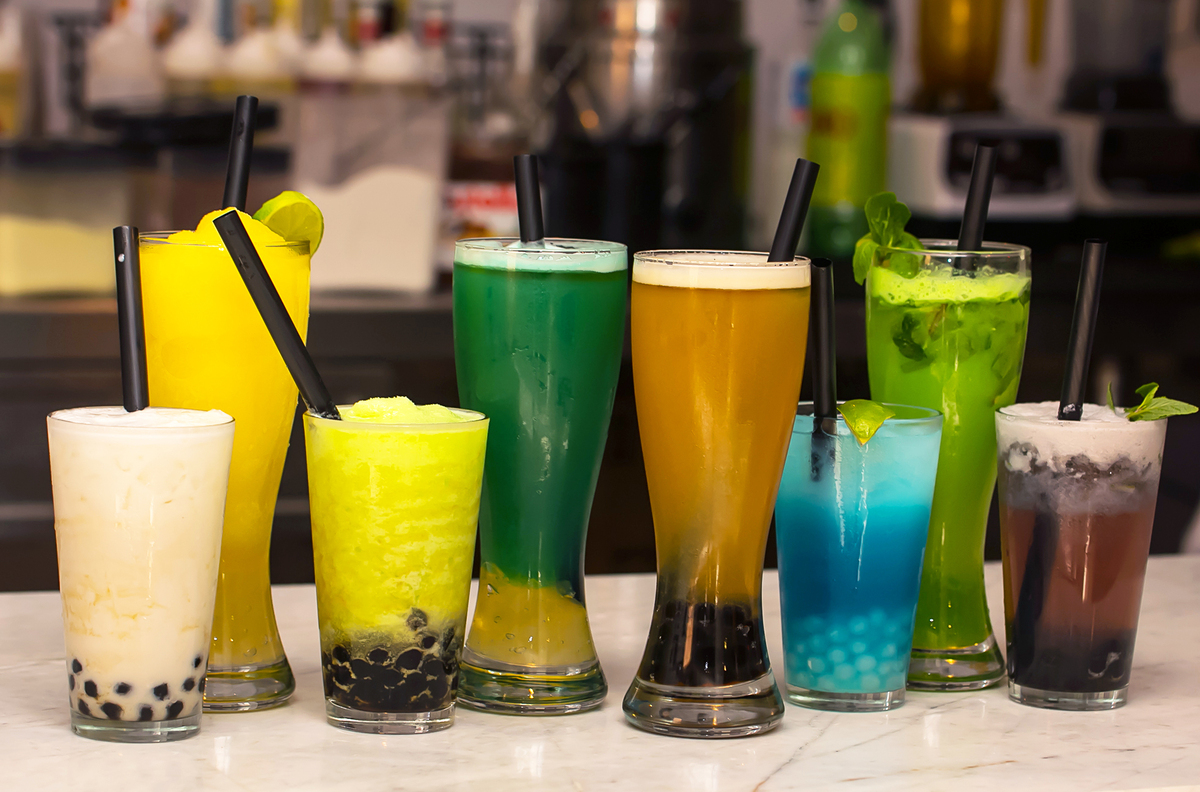 Boba 7, the speakeasy at the back of downtown Los Angeles restaurant Soi 7, serves boba cocktails made with beer or the Korean alcohol soju, in addition to an inventive nonalcoholic menu.

Whether you call it "boba" or "bubble" tea, the Taiwanese beverage that allows you to chew your drink is back with a vengeance. It first got its start in the 1980s, after an inventor thought to pour tapioca pearls into a glass of iced, sweet tea. Though Asian communities have been drinking boba tea in the United States for many years, the texturally exciting drink is finally reaching a wider audience.

And boba isn't just back — it's playing ambassador to a whole host of other foods and trends.

The beverage enjoyed a brief moment of popularity in major metropolitan areas in the late aughts, popping up on college campuses or near communities with large Asian populations. (One such place, in New York City's Union Square, even had a lofted DJ booth.) But the trend dried up quickly.

"What we saw before was a segment that didn't grow," says Andrew Chau, co-founder of the popular chain Boba Guys, which has three stores — in San Francisco and New York City. He explains that a majority of these shops opened next door or down the street from existing stores. "They were all stealing customers from each other, and no one made money."

Boba Guys' model puts its ingredients front and center. The chain uses organic milk and sources its own teas. Its jellies (lightly gummy substitutes for the tapioca pearls) are made in house. And there are plans to begin testing house-made tapioca pearls in the near future as well.

Chau wants boba to break out of the "novelty drink" box; he wants Boba Guys to be more like the Blue Bottle of bubble tea. Rather than chipping away at the (relatively) small segment of boba drinkers, Boba Guys and its competitors hope revamped offerings will draw in coffee and tea drinkers.

While most boba beverages are based on tea — either on its own or blended with milk —it's sometimes hard to tell by looking at the flavors. Honeydew, a popular flavor at the average boba shop, is usually made either from green tea and real honeydew or a powdered flavor. Peach teas are often a black tea with a little hint of summer fruit thrown in. But chains like Boba Guys aren't married to the original recipe. And some experiments, like horchata boba tea, have no tea in them at all. 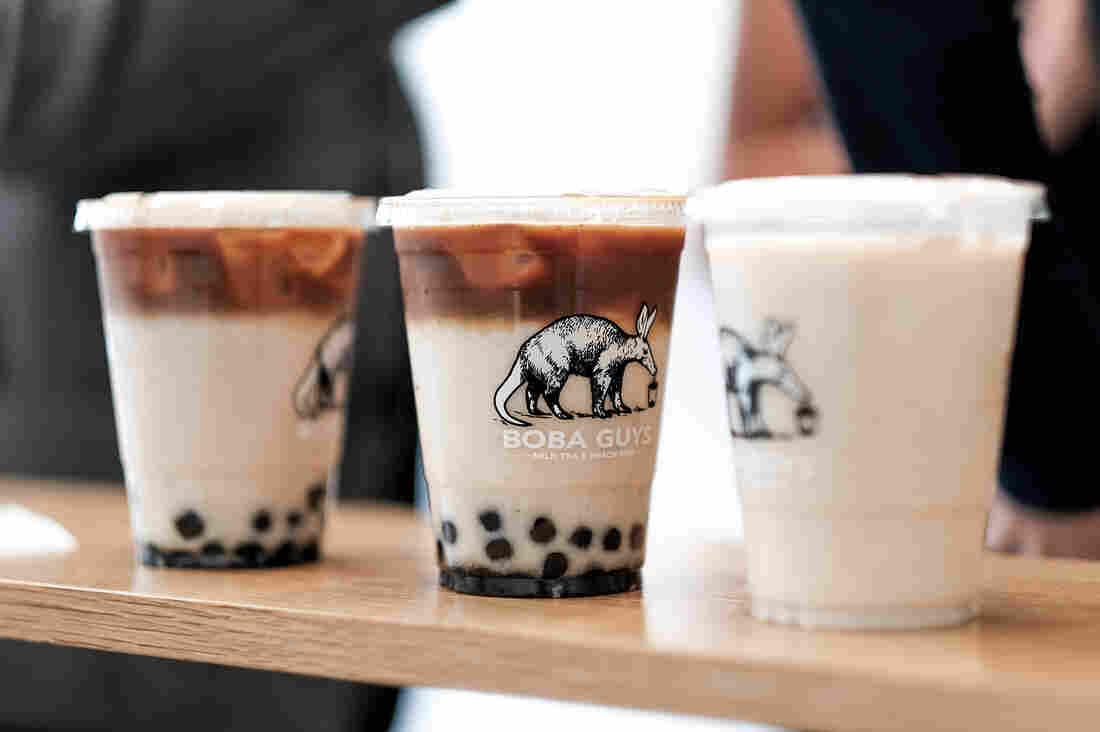 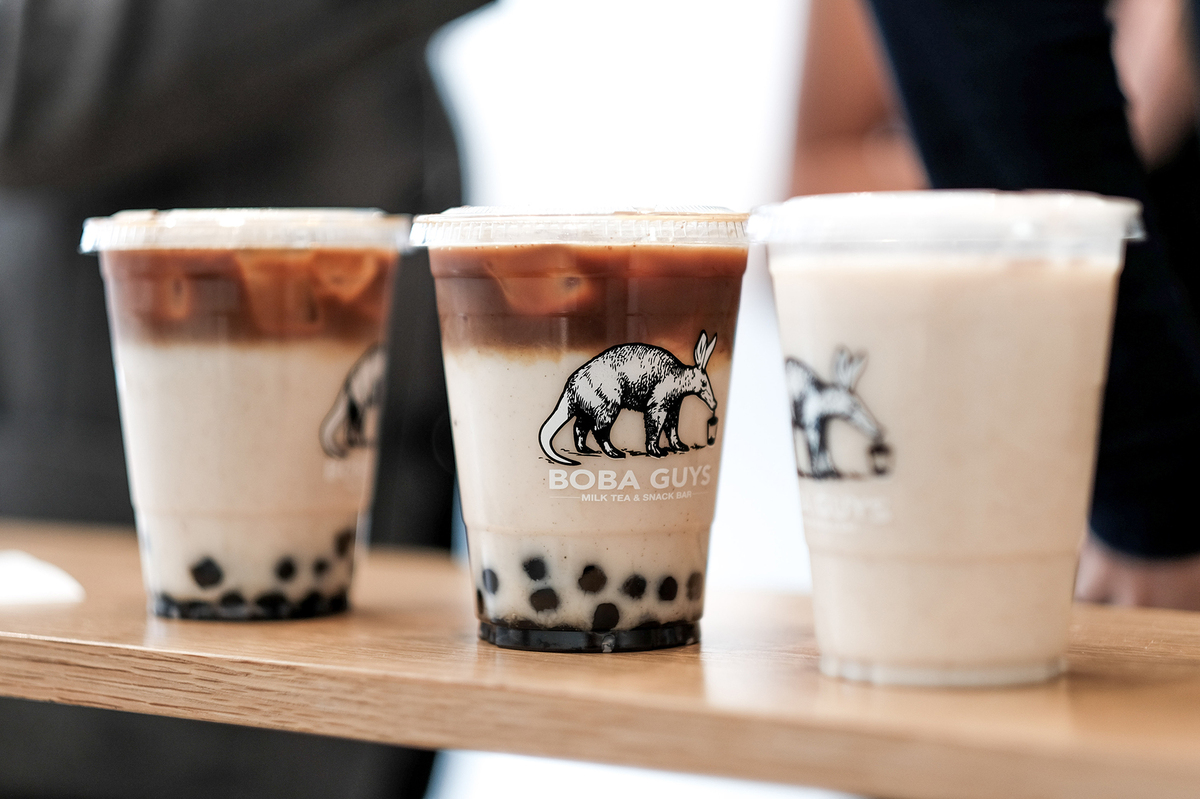 Dirty Horchata from Boba Guys: Boba Guys and its competitors hope revamped offerings will draw in coffee and tea drinkers.

Some boba purveyors are even trying to lure cocktail lovers. At the downtown Los Angeles restaurant Soi 7, customers can sneak into the "boba speakeasy" round back. (Guiding the way are signs with decidedly adult puns like "suck my balls" — tapioca balls, that is.) Called Boba 7, the backroom serves boba cocktails made with beer or the Korean alcohol soju, in addition to an inventive nonalcoholic menu.

Owner Elton Keung says that, while he's not the first to stick tapioca or jellies into an alcoholic beverage, too many of his predecessors tried to take shortcuts. "They would take exciting boba drinks, pour some shots in there, and think that's what makes it a cocktail," Keung says. "That just makes it worse."

Instead, Keung starts with the cocktail, mixing Irish Cream, Kahlua and honey boba into a beverage called the "bobagasm." For those who want something a little tangy, perhaps the BobaSour is more your speed: a sour blue melon cocktail with honey boba. Luckily for those who are underage, the nonalcoholic menu is also quite extensive: a Nutella flavored beverage or horchata boba. There's even a green tea version mixed with mango and chili powder.

Bringing in different trends, cultures and age-groups is what Boba 2.0 is all about. "If we're going to bridge cultures, we want to bring the best of the West and the best of the East," says Chau.

Chau says Boba Guys isn't just bringing boba to foodie Americans; it's also reimagining it for longtime lovers of the drink. When Chau's company caters weddings — for a mostly Asian clientele, he says — "we have 80-year-old people from China and Korea or Japan, and they're trying horchata for the first time."