Accessibility links
Fry And Fry Again: The Science Secrets To The Double Fry : The Salt You might have heard that double-frying food gives you a thicker, crunchier, more soul-completing crust. Here's why it works.

Fry And Fry Again: The Science Secrets To The Double Fry

Fry And Fry Again: The Science Secrets To The Double Fry 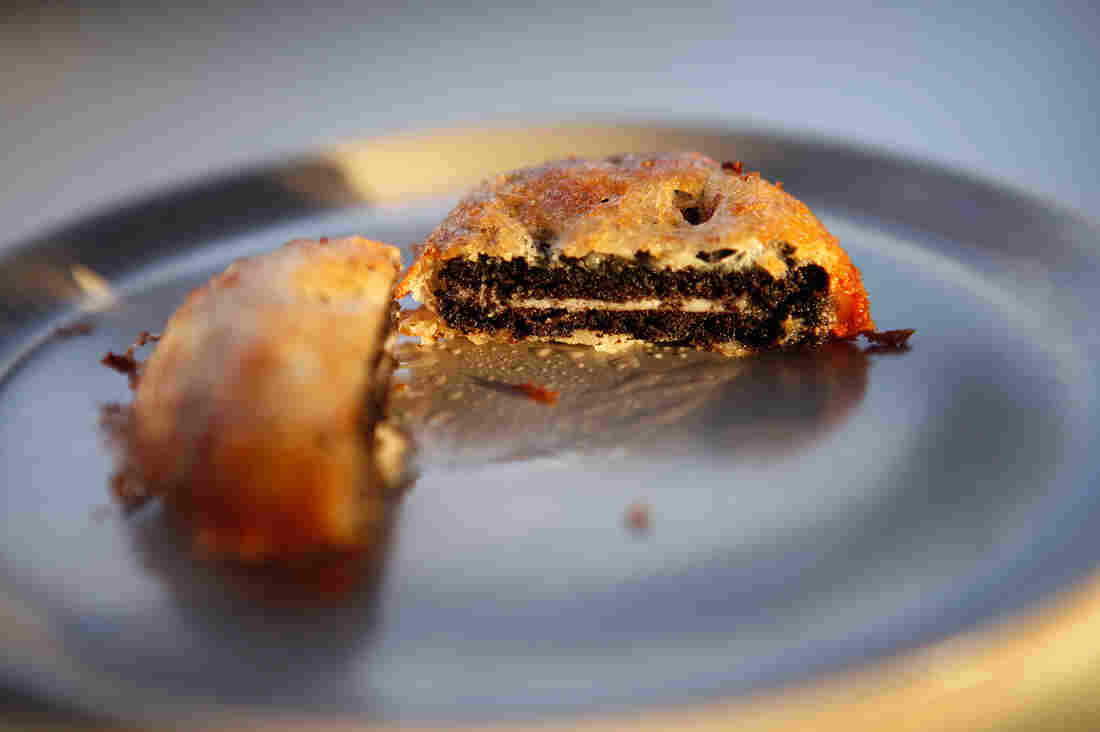 We used science to unlock the secrets of fried Oreos and other twice-fried foods. Morgan McCloy/NPR hide caption 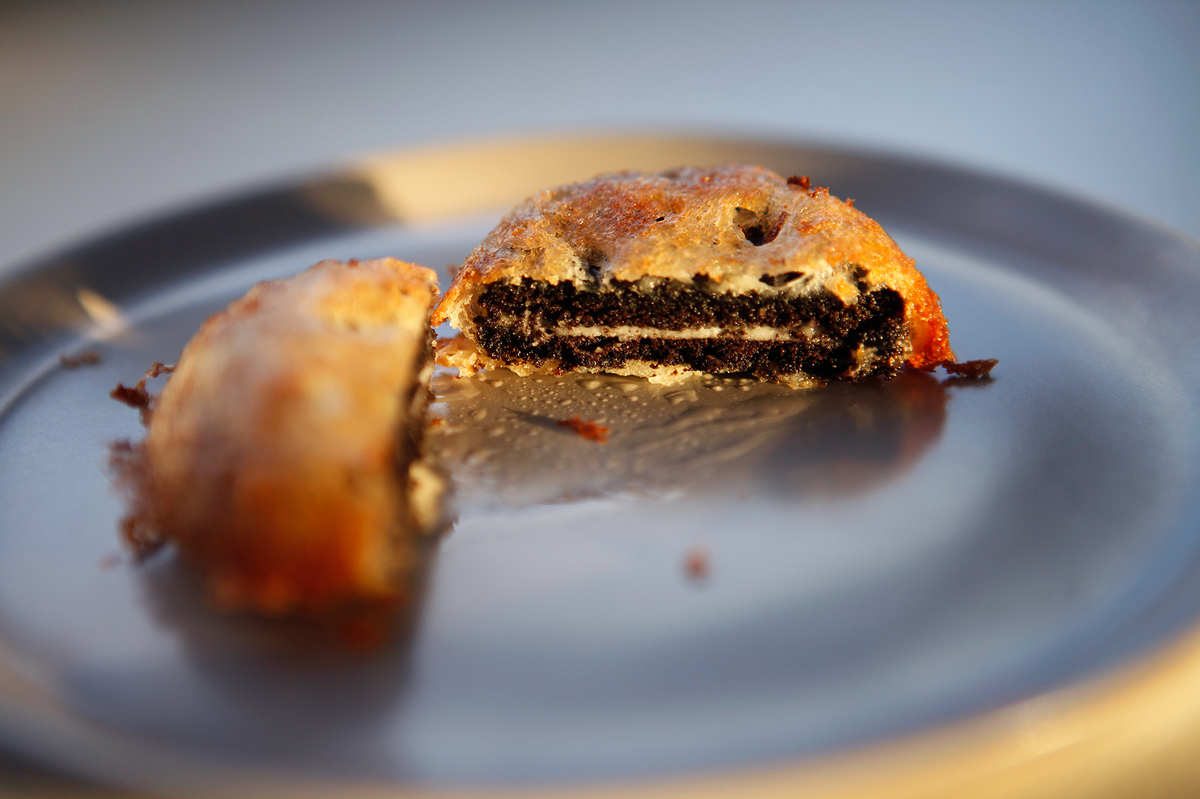 We used science to unlock the secrets of fried Oreos and other twice-fried foods.

I've been trying to get the perfect crust on my fried chicken for a while now. To be specific, I've been working on a dish called Chongqing Sichuan spicy chicken or chicken with chilies. This can be one of the most transformative experiences to ever come out of a wok, and I've been chasing a crisp, almost glassy crunch on my chicken for a long time.

But science can unlock many secrets, and cooking is science. To understand how to get the effects I want, there are a couple of universal rules of frying to nail down, according to Scott Andrew Paulson. He's a physicist at James Madison University, and he's been through a similar journey trying to create the perfect French fry.

That glorious sizzle is from water boiling away from the potatoes, beginning the fry's construction of a great crust.

As soon as any food drops into oil, there's that sizzle and burst of bubbles cradling your fries. "A lot of people say the oil is boiling," Paulson says. But what's actually happening, he says, is "you're boiling the water very near the surface of the food." Frying is first and foremost a dehydration process. This means that the drier your food is when you start frying, the better your crust will be.

But there's a problem. The water just below the crust of your food can't escape easily. As it vaporizes and expands, it creates a kind of bubble trapped under the oil. Aside from helping to puff up certain batters, like the pancake batter on these fried Oreos, this stops the crust from becoming very thick. You could keep it in the oil longer, but that runs the risk of overcooking.

Baking powder and expanding water vapor help puff up the batter on these Oreos. The famous Maillard reactions are turning them golden-brown.

The secret around this problem is to fry your food twice. Paulson fries his potatoes at 350 degrees for a few minutes. Then he freezes them and fries them again.

"The double fry thing works for other food, too," says Kenji Lopez-Alt, a food columnist at Serious Eats and author of The Food Lab: Better Home Cooking Through Science. Moisture in the center of the food migrates to the surface after the food cools and the surface gets soggy again. Then you boil off that moisture again on the second fry.

There are a couple of possible reasons why this works. One is there's already less water in the food after the first fry.

The second reason is that the first fry changes the microscopic architecture of your food. During frying, oil pushes into the food through air pockets that are, in the beginning, warped and twisted channels.

As the cooking progresses, "those pathways are becoming simpler, merging with each other," explains Pawan Takhar, a food engineer at the University of Illinois, who studied the dynamics of frying potatoes. On that second fry, these straightened, simple pathways make it easier for water to escape, giving you a drier, crisper fry. 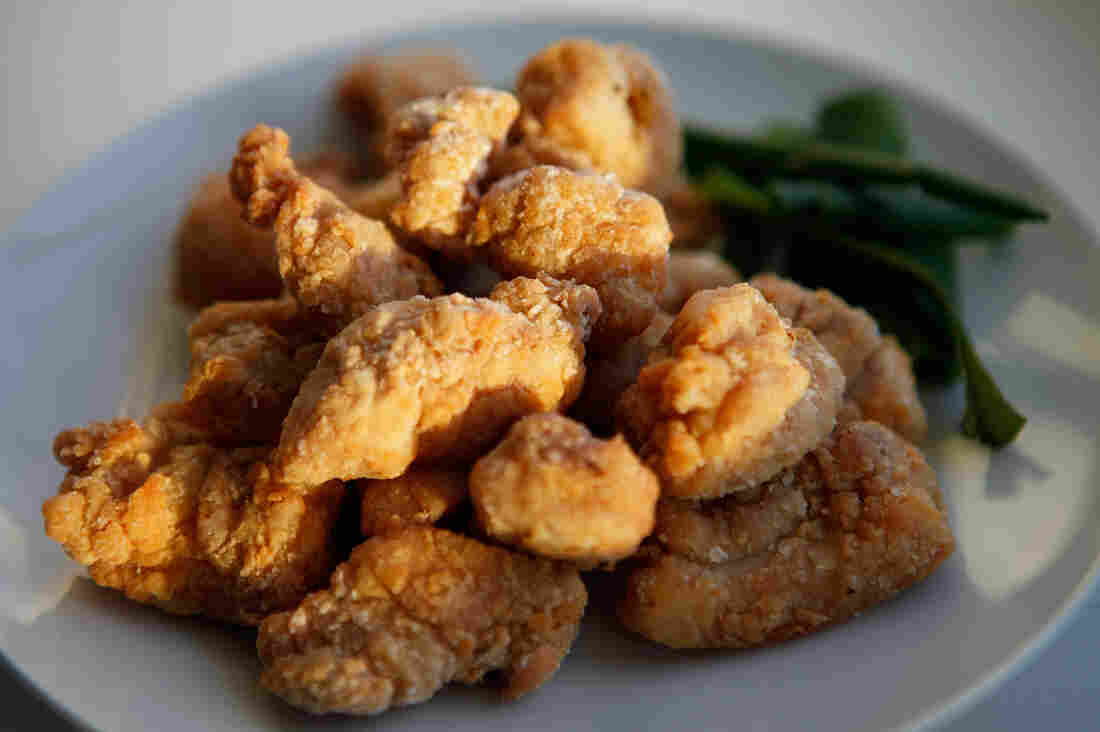 This knowledge has completely changed my chicken game.

There's one last science tip. Once the food starts to cool, that bubble of vaporized water inside your food pops and turns back into water, Takhar says. That creates a suction force that pulls any surface oil deep into the food, making it greasier. So, mop up any excess oil on the food immediately after frying.