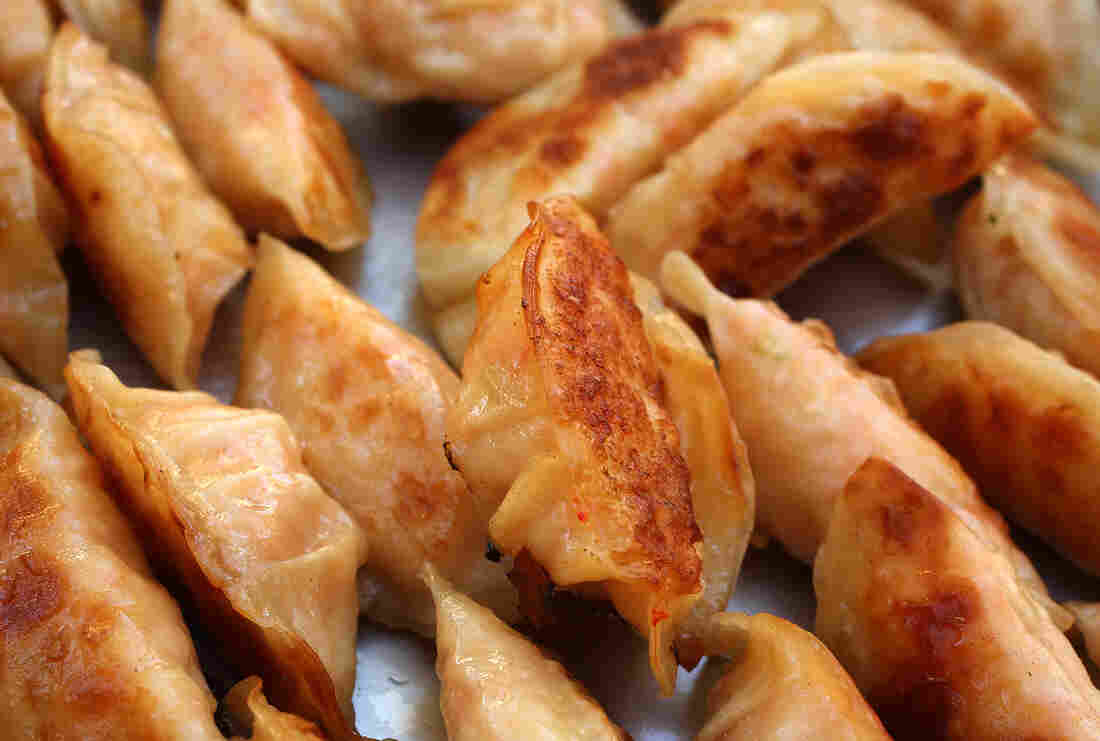 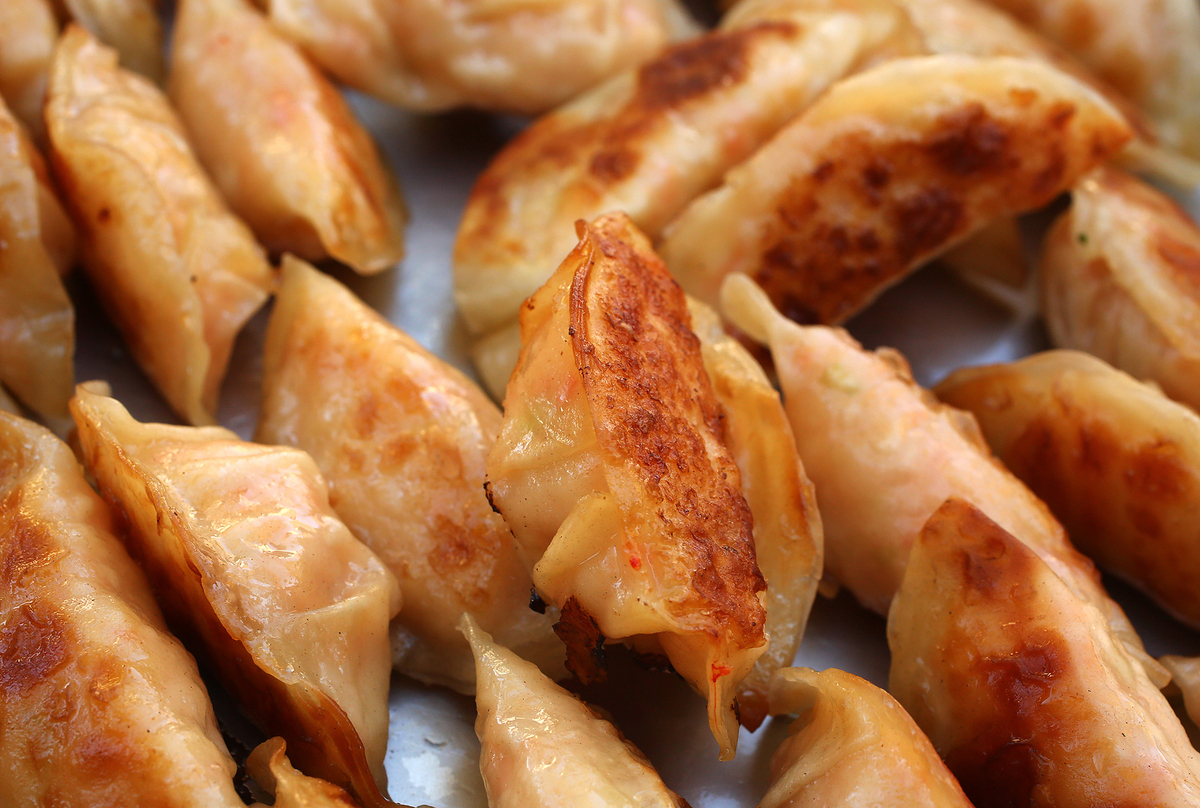 These shrimp "Peking ravioli" (aka dumplings) were featured at the third annual Festival of Dumplings in 2014 — honoring Bostonian and celebrity chef Joyce Chen.

Chinese food has become ingrained in this country's culinary landscape over the years — giving rise to some uniquely Americanized dishes like General Tsao's chicken, beef and broccoli, and of course, the ubiquitous fortune cookie.

But some of the Chinese food you'll find in and around Boston is something else altogether. Bread often comes as a standard add-on with any takeout order. There's chow mein sandwiches and Peking ravioli (aka dumplings). There's the thick, dark lobster sauce.

Over at WBUR, Merry White, a professor of anthropology at Boston University, and Stephen Chen, the owner of Joyce Chen Foods and son of celebrity chef and Boston restaurateur Joyce Chen, discussed the fascinating history of the city's own spin on Chinese food.

The first thing to know is that Chinese food in Boston is heavily influenced by not just Chinese immigration to the city, but also the large Italian and Irish immigrant population there. 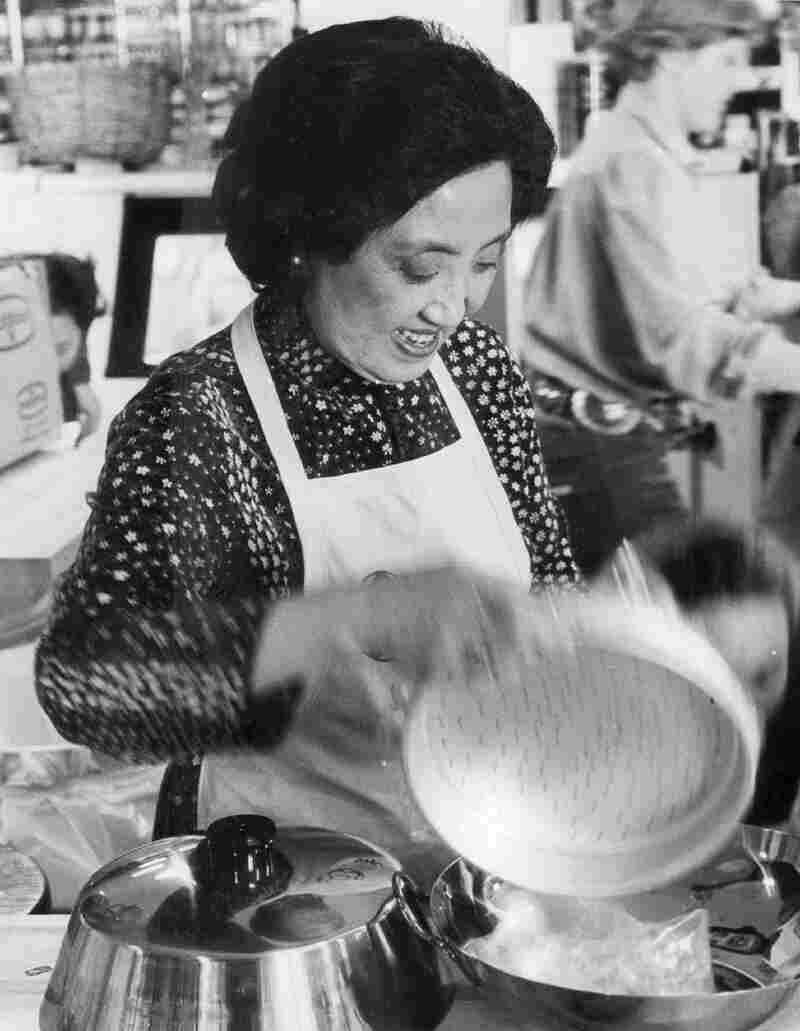 Back in 1958, when Joyce Chen — the celebrity chef and star of Joyce Chen Cooks on PBS — opened her first restaurant in Cambridge, Mass., she decided to call her dumplings "Peking ravioli" to appeal to her large Italian clientele, her son Stephen Chen tells WBUR's Meghna Chakrabarti. "And the name stuck," Chen says. "If you're in the Boston area, you'll see the words Peking ravioli on menus."

You can listen to the full conversation on WBUR's Radio Boston here.

We non-Bostonians here at The Salt found their discussion thoroughly intriguing. And we wanted to know more, so we called up White and asked her to explain a bit more: What's the deal with Boston Chinese food?

It turns out, Italians' influence on the Chinese food in Boston dates back much further than the 1950s. "The first Chinese arrivals in Boston were strikebreakers in the 1870s," White says. About 200 Chinese laborers came in from the San Francisco area to work in Boston's leather industry.

More Chinese immigrants joined in subsequent years — but Boston's Chinese community never got as big as the Chinese communities in San Francisco or New York. And so, unlike their counterparts in cities with big Chinese populations, Chinese restaurants in Boston couldn't stay in business by catering to Chinese patrons alone.

Back in the late 1800s and early 1900s, most low-wage workers in Boston were immigrants from Italy and Ireland, White explains. "And those two groups were the first non-Chinese in Boston who started eating Chinese food — because it was cheap, but at the same time it was something different and exotic for them."

Chinese restaurants started adapting to the tastes of their European clientele. "Both the Italian and the Irish expected bread with any meal — so that's how the idea of serving bread with Chinese food became a thing in Boston," White says. 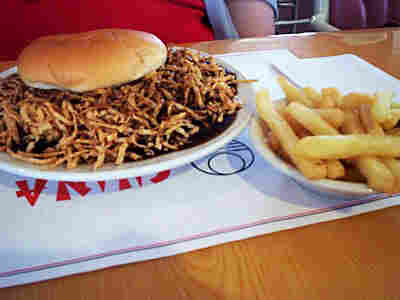 Meanwhile, respectable, middle and upper-class Bostonians generally stayed away from Chinese food. Here and in other U.S. cities, Chinese immigrants and their food were both looked down upon. (Though White notes some would "go slumming" in Chinatown, unable to resist the lure of lo mein.)

Oh, and one more thing: That dark, gloppy lobster sauce you'll only find at Boston's Chinese restaurants has a fascinating backstory as well. The sauce gets its rich color and flavor from molasses — which was made in Boston. "Boston was a hub of the sugar trade, which brought sugar up from the Caribbean to be processed into molasses in Boston, which was then sent to Europe, where it was distilled into rum," White says.

Molasses also seeped into Bostonian cuisine. "So food in Boston was generally sweeter," White says. Chinese chefs incorporated molasses in fried rice as well as the dark brown lobster sauce — which they served not just with lobster but also fried chicken and egg rolls.

"Of course, any time a cuisine travels, it changes and adapts to the local tastes to some extent," White says. And while you will certainly find more typical Chinese food in Boston these days, "Boston Chinese" has a certain cache. "It's interesting because Bostonians — when they move to other cities — they miss it. They want their Boston Chinese food."