Accessibility links
Is There Wood Pulp In That Parmesan? How Scientists Sniff Out Food Fraud : The Salt Whether it's olive oil that's not so extra-virgin or burgers with a hint of horse meat, Chris Elliott, founder of the Institute for Global Food Security, explains how his laboratory uncovers fraud. 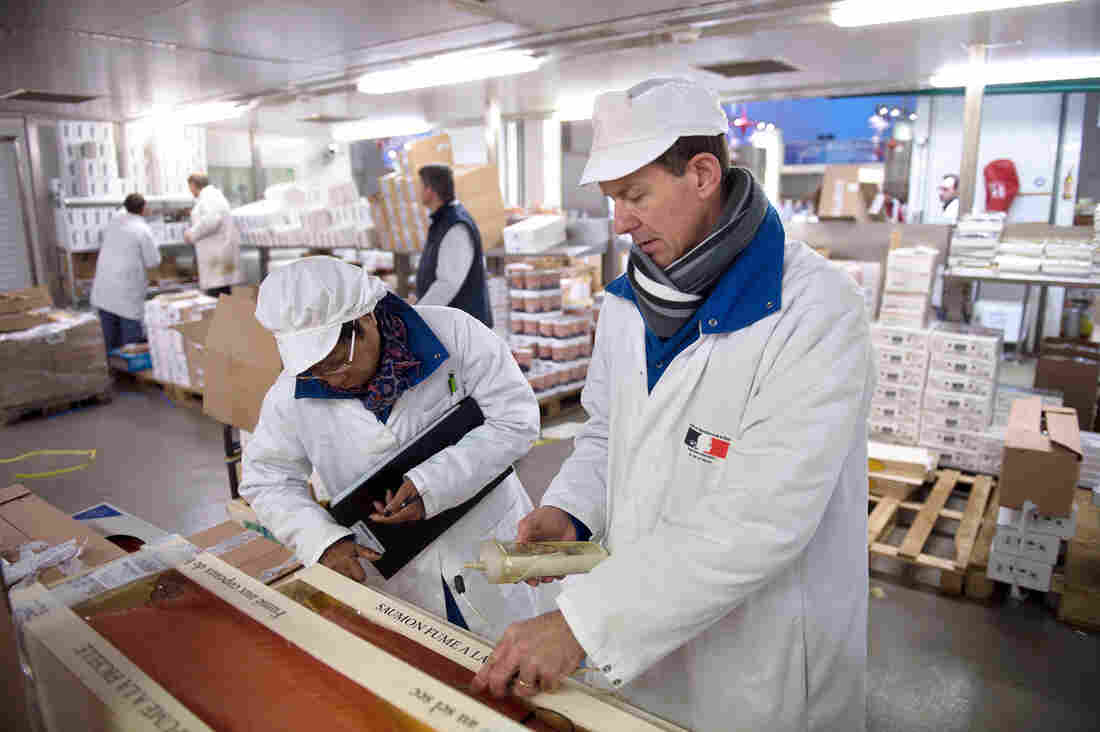 Food fraud is a common issue all over the world. Inspectors of veterinary services and fraud inspect seafood products at the Rungis international market, located near Paris. Martin Bureau/AFP/Getty Images hide caption 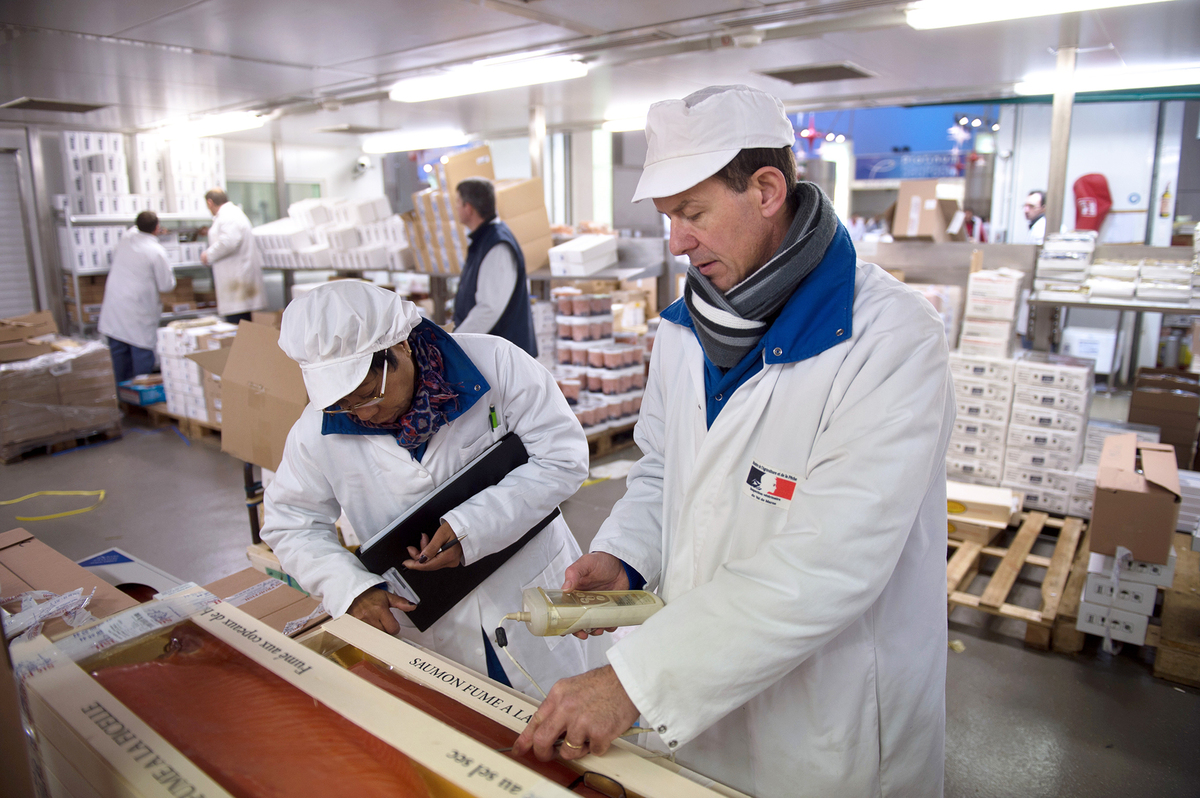 Food fraud is a common issue all over the world. Inspectors of veterinary services and fraud inspect seafood products at the Rungis international market, located near Paris.

If you've been following any of the big news stories on food fraud lately, you'll know that it's tough to know what exactly is in our food — and where it's been before it makes it onto our dinner plates.

Earlier this year, Wal-Mart was sued for stocking tubs of Parmesan cheese that contained wood-pulp filler. Olive oil is often mixed with sunflower oil and sold as "extra virgin." And you might recall the great European horse meat scandal of 2014: Traces of horse meat were found in Ikea meatballs and Burger King beef patties, in cottage pies sold at schools in Lancashire, England, and in frozen lasagna sold all over Europe.

And that's "just the tip of the iceberg," says Chris Elliott, the founder of the Institute for Global Food Security, a laboratory in Northern Ireland that tests food from all over the world in order to uncover fraud.

"Many, many forms of food fraud manifest themselves in different parts of the world virtually every day of the week," he says. Globalization and complex supply chains provide fraudsters with ample opportunity to mess with food products.

So, are people deliberately cheating the global food supply chain?

How much money are we talking about here?

Nobody really knows, but the world trade in groceries is about $11 trillion. And the level of fraud is somewhere between 5 and 10 percent of that.

How do you decide when and what you should be testing?

There are a number of factors that we look for. The first is if we see that there's a massive fluctuation in the price of commodities. That can often be because demand outstripped supply. Often that can be because of crop failures that happen somewhere in the world.

In Madagascar very recently, the vanilla crop failed — so there's a massive increase in the price there. So that suddenly puts vanilla on our radar screen as a potential candidate for fraud.

And then what do you do?

We know what the [molecular] fingerprint of vanilla should look like. We know what vanilla looks like in different parts of the world, actually. And we will compare those reference fingerprints with the samples that arrive in our laboratory.

Are there kinds of products that are easier to fake than others?

The more that the food is processed, the more difficult it is to figure out what it is and where it comes from. So things that come from very complex supply chains ... will be much more vulnerable [to fraud] than locally produced things.

What happens to companies that are found guilty of food fraud?

Quite often, the person who is caught is the retailer. And they aren't always the fraudsters — often they have been cheated themselves. But what happens is whenever they are caught, the reputation that goes with that is quite enormous. And many, many companies that have been involved or implicated in food fraud have seen their profits drop dramatically.

So, what does this mean for consumers?

It's extremely difficult for consumers to decide what's genuine and what's fake — because, I'll tell you, the fakes are very, very good. We as consumers are reliant on the government, and on the food industry, to protect us from fraud.

My advice to people is always buy your food from bona fide sources. If you buy your stuff from the back of vans and so forth, you can expect what you'll get. And the second thing is, if you buy something that's too good to be true price-wise, it probably is.