Accessibility links
Big Seed: How The Industry Turned From Small-Town Firms To Global Giants : The Salt Over the past century, small-town seed businesses have given way to global enterprises. The story of one small seed company in Nebraska helps explain what drove the transformation. 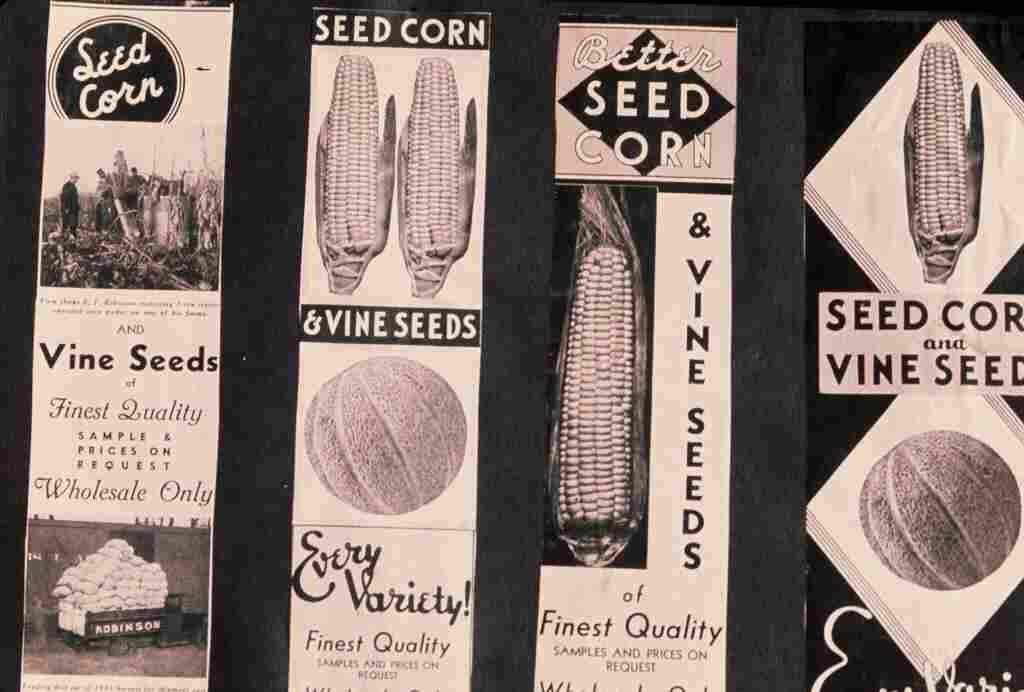 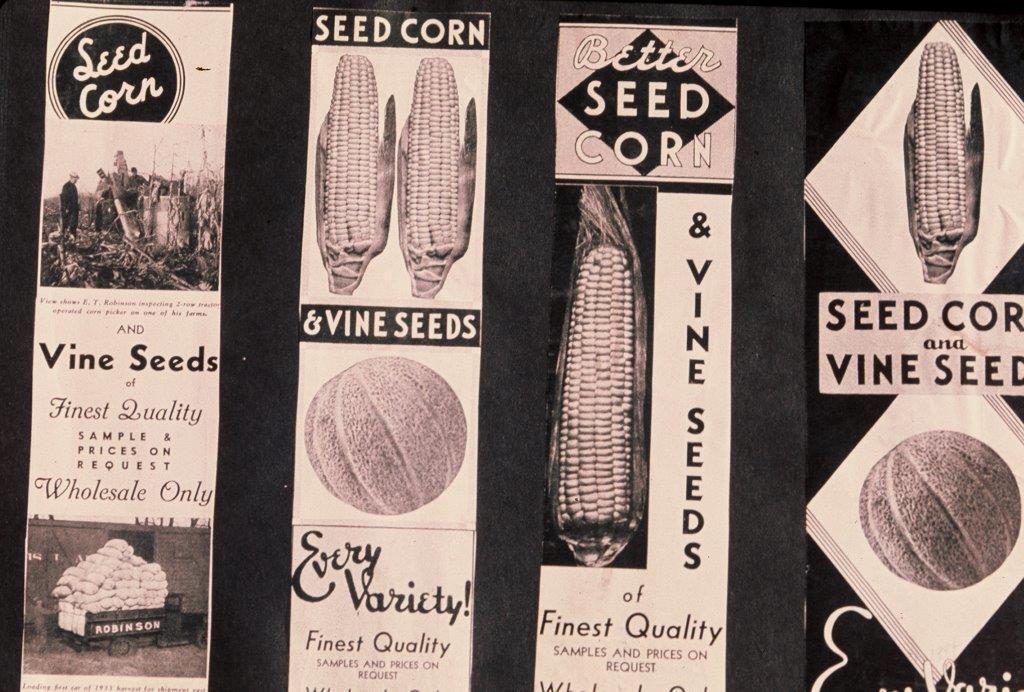 Most food, if we trace it back far enough, began as a seed. And the business of supplying those seeds to farmers has been transformed over the past half-century. Small-town companies have given way to global giants.

A new round of industry consolidation is now underway. Multibillion-dollar mergers are in progress, or under discussion, that could put more than half of global seed sales in the hands of three companies.

If there's anyone who can trace the course of this transformation, and explain what drove it, it's Ed Robinson.

For most of his life, Robinson ran the family business: the J.C. Robinson Seed Co. of Waterloo, Neb. He's 92 years old now, feisty and full of opinions, especially about the seed business.

"Here are two kernels of corn," he says, holding them up for me to inspect. "What the seed industry does is sell what's inside this kernel. And the only way that the farmer knows what's in there, is if he trusts the person who sold it!"

Seeds, with their hidden potential, are the lifeblood of agriculture, but the companies that sold them to farmers didn't always attract much attention.
There used to be hundreds of family-run companies just like J.C. Robinson scattered across the Midwest.

"They were a band of wonderful people," Robinson says.

Much of the work was mundane. They grew vegetables or grain, then collected the seeds carefully, dried them, sorted them and sold them to farmers.

There was, of course, competition among them. It was a race to create ever-more-productive seeds using plant breeding, cross-pollinating selected plants and selecting the best offspring.

The big companies did their breeding in-house. But smaller companies had other sources of top varieties, such as the breeding programs of universities. Those seeds were free for anyone to use.

One product of Iowa State University, a type of corn called B73, was so good that everybody used it. Its offspring had a distinctive look, with leaves pointing toward the sky.

"You could see it driving down the road," says Steve Pike, who owned part of Fontanelle Seed Co. in Fremont, Neb. "Probably 60 percent of the corn at one time got to be that upright leaf." 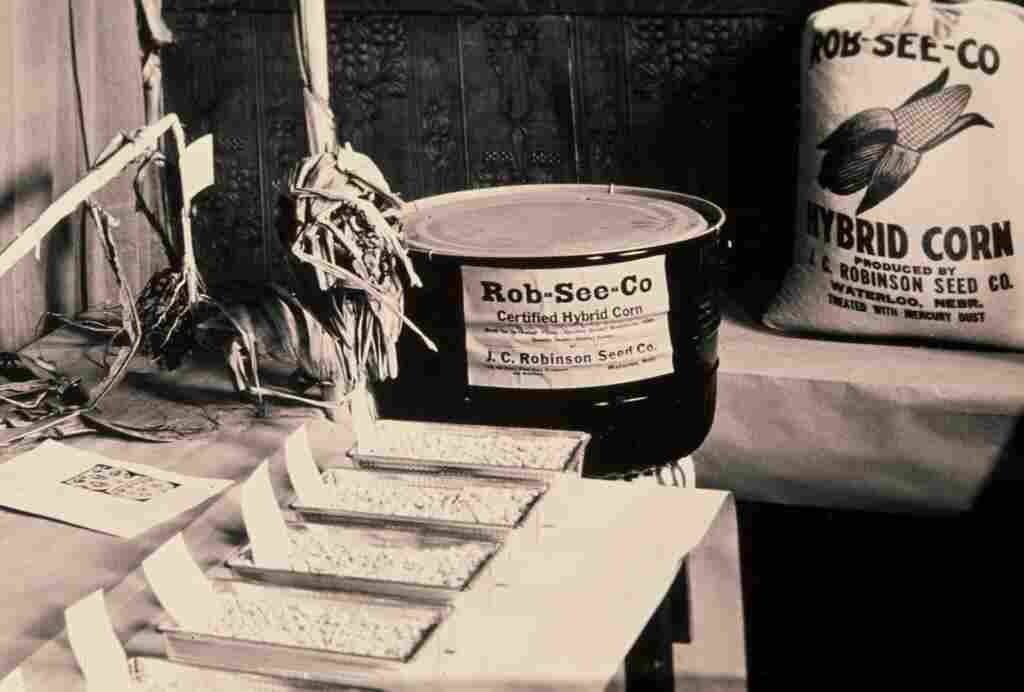 In 1970, J.C. Robinson partnered with several other seed companies and formed a group called Golden Harvest. It became one of the top five sellers of corn seed in the country. In the 1990s, J.C. Robinson built a big new seed processing plant and enlarged its headquarters in Waterloo.

And right about that time, the world changed.

Chemical companies like Monsanto found a way to genetically engineer crops. They inserted new genes into corn and soybeans, giving plants the power to kill insects, or survive weedkillers.

And farmers wanted those genes. Traditional seed companies, if they wanted to stay competitive, had to license those genes from their inventors. Many worried about being cut off from this new technology.

In 1998, Monsanto and other biotech companies started trying to buy some of the biggest seed companies outright. It gave them more control over an increasingly lucrative business.

Ed Robinson's son Rob says an offer arrived to buy Golden Harvest. "It was an amount beyond belief," he says. "I think it was $500 million." 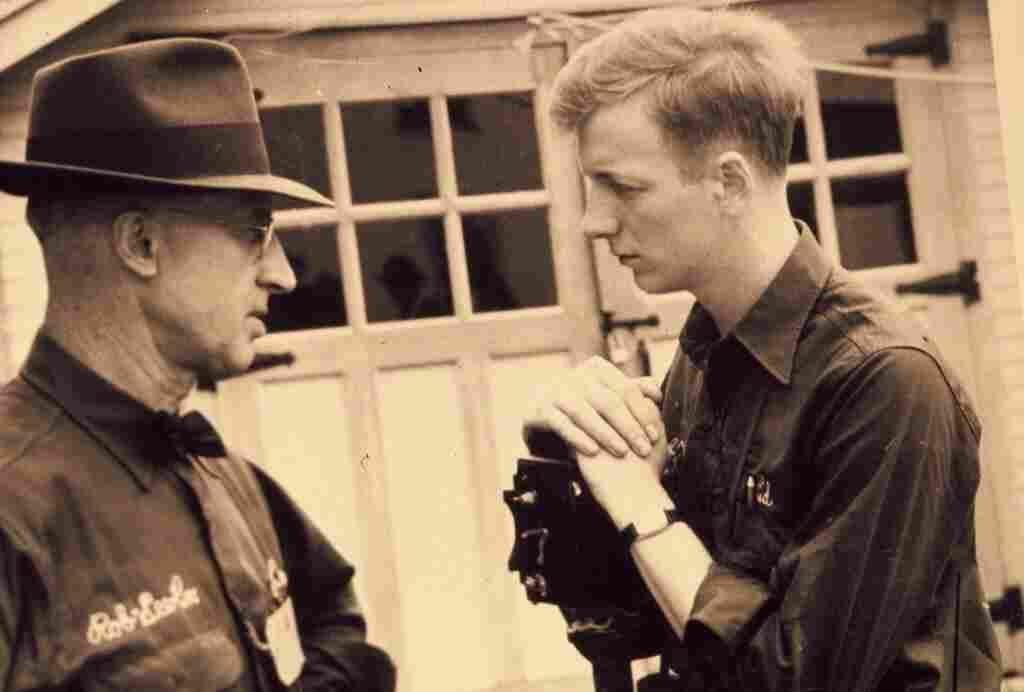 Ed Robinson (right) in 1948. He is speaking to Herb Johnson, who was in charge of shipping for the J.C. Robinson Seed Co. Courtesy of Rob-See-Co hide caption

The potential buyer — Robinson won't say which company — arrived for a meeting accompanied by advisers. They sat down with all five Golden Harvest partners — old seed company families.

"One of their advisers was sitting next to Dad," Rob Robinson says. "And this adviser was chanting '$500 million!' to the group of owners sitting there. It wasn't anything we'd experienced before."

That deal didn't go through. But in 2004, Golden Harvest agreed to be acquired by a Swiss-based company — Syngenta — for just under $200 million.

Rob Robinson has mixed feelings about the deal. "Originally, I regretted it. I felt that we needed to do it, for the future of the company. But I had sons ... "

Robinson stops midsentence, unable for a moment to keep talking.

He gathers himself. "I think the only regret is that we had another generation ready to come into the business," he says.

The big corn seed facility remains in Waterloo, and it's busy. But the top executives who decide its fate are now in Syngenta's headquarters in Basel, Switzerland. And soon, they may be sitting in Beijing. Syngenta has struck a deal to be acquired by Chem China, a state-owned enterprise there.

Meanwhile, other seed and pesticide companies are getting bigger, too. DuPont and Dow are merging. There are reports that Monsanto is in talks to buy either Bayer or BASF. 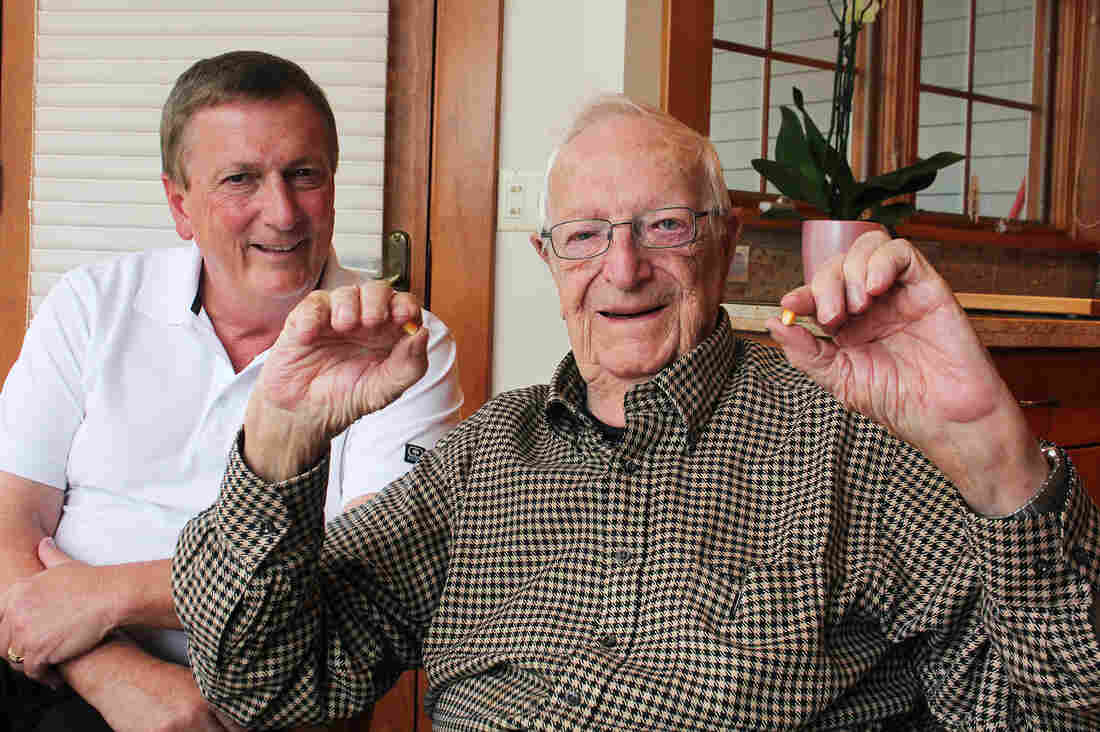 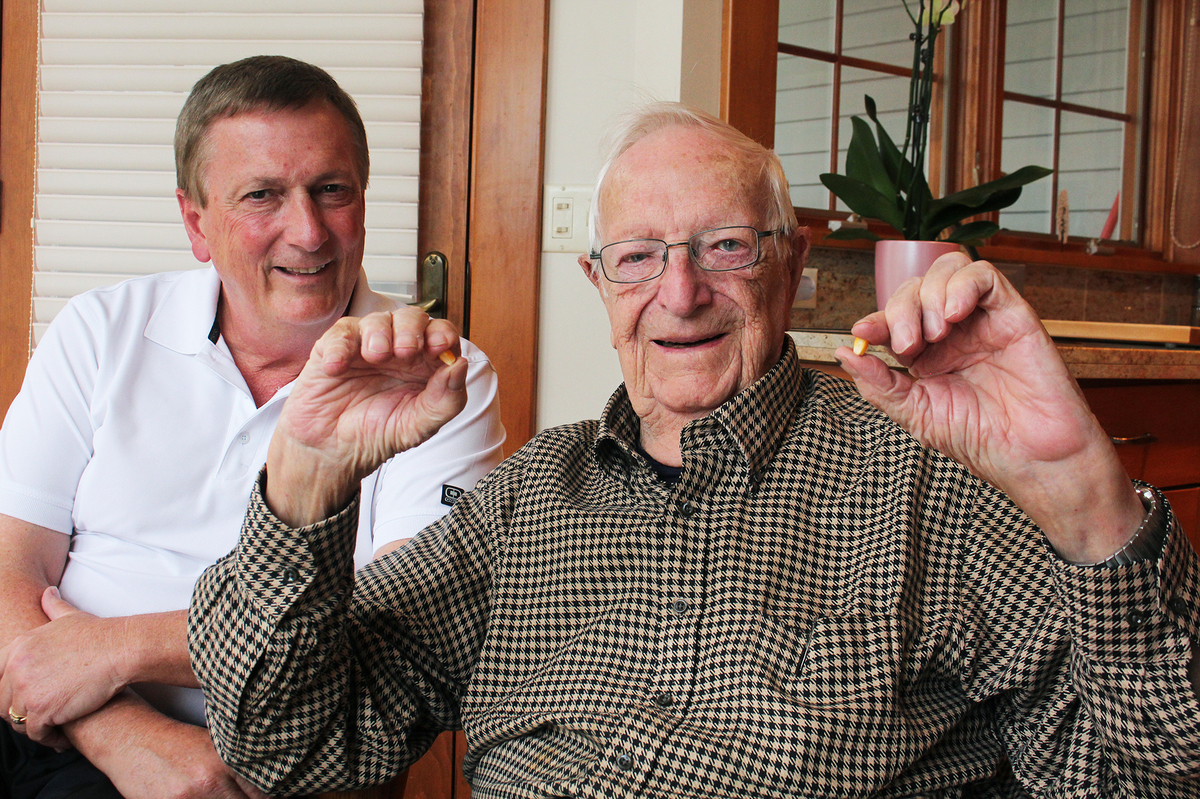 If the deals go through, it's estimated that three of these companies will control more than half of global seed sales.

But his son, Rob Robinson, says the changes were probably necessary. Without those big companies, he says, we wouldn't have the new technology.

"The dollars that it takes today, the investment it takes to do biotech research is massive, and difficult for an independent seed company like the J.C. Robinson Seed Co. to afford," he says.

But he has been able to resurrect one small piece of that old-fashioned world.

He's started a small but growing seed company, using the original name that his great-grandfather used: Rob-See-Co. Robinson says the company tries to operate in a way that takes farmers back to a less complicated time. "We're kind of a throwback. We're from a simpler world," he says.

He's also able to work with his two sons.

But he couldn't go back completely to the old times. He's not breeding his own new varieties and corn hybrids. The seeds he sells are supplied by Syngenta.