Accessibility links
Philly Wants To Tax Soda To Raise Money For Schools : The Salt Philadelphia's mayor is proposing a divisive tax on soda and other sugary drinks. The revenue would help fund a plan for community preschools, as well as renovations to parks and libraries. 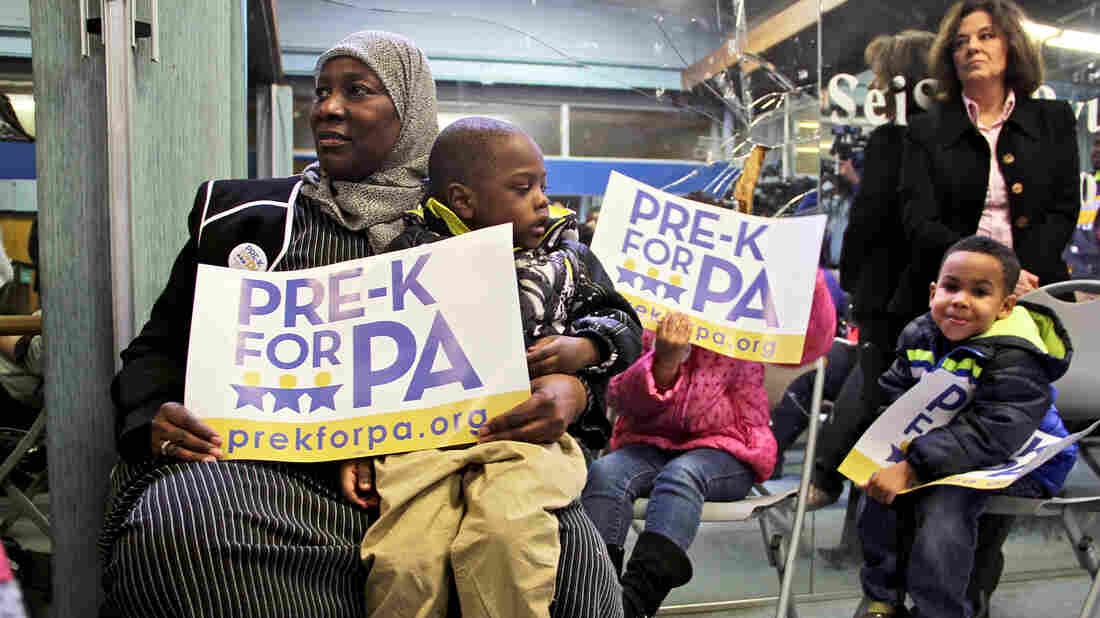 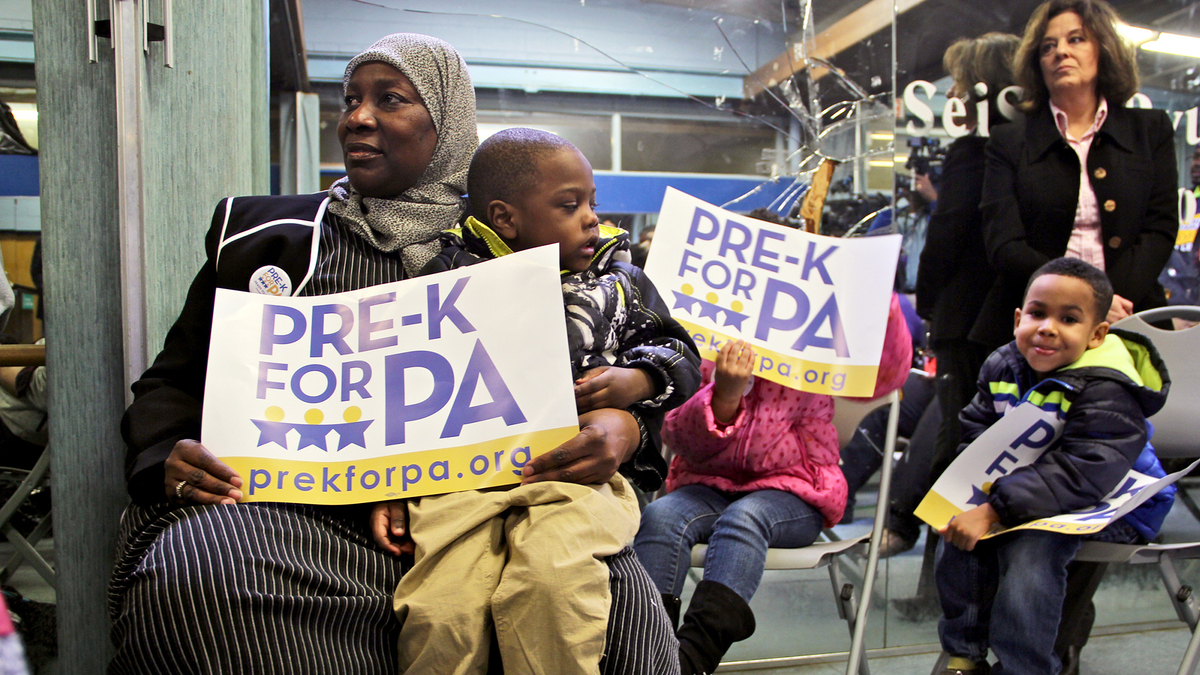 Khadija Sabir of Lovie Lee's Stars of Tomorrow preschool in Philadelphia attends a soda tax rally with three of her charges. The proposed tax promises to pay for universal pre-K, parks and recreation centers.

Philadelphia's new mayor wants to do something few American cities have done: pass a tax on soda and other sugary drinks.

So far, Berkeley, Calif., has been the only U.S. city to approve such a tax. That measure was aimed at reducing soda consumption (and the negative health effects that go along with drinking too much of it).

But in Philly, the tax isn't being promoted as a scheme to bring down the city's high rates of obesity or diabetes. Mayor Jim Kenney says he wants to use the revenue for projects that benefit residents in a city with a 26 percent poverty rate, the highest of America's largest cities. He argues soda companies make big money and often market their products to low-income people.

"What we're looking to do is to take some of that profit, to put it back into the neighborhoods that have been their biggest customers, to improve the lives and opportunities for the people who live there," he said at a rally promoting the tax last month.

Kenney claims a tax of 3 cents per ounce of soda, iced-tea and other sugary drinks — levied on beverage distributors — would generate more than $400 million over the next five years. The money would help fund a plan for universal pre-K and community schools that offer services like health care, as well as major renovations to parks, recreation centers and libraries.

So far, no one is complaining about Kenney's intentions, but Daniel Grace, who heads up the local Teamsters Union, says there has to be a better way to raise money. The union represents about 2,000 people who work in bottling plants and drive delivery trucks.

His argument against the tax boils down to this: It would likely drive up the price of soda (just as the Berkeley tax has done), which, in turn, will reduce the consumption of sugary drinks. "When the demand goes down, they don't need as many [workers] as they have today," he says.

The Teamsters Union has printed hundreds of "No soda tax" buttons and T-shirts and has been handing out leaflets.

And right after Kenney proposed the measure, the American Beverage Association — a national trade group that previously shelled out more than $9 million fighting Berkeley's soda tax — launched a social media campaign against the Philadelphia proposal and started running ads on local radio stations calling it a "grocery tax on the kind of drinks we buy for our family."

But while the association's campaigns target Philadelphia residents, the fate of the soda tax ultimately lies in the hands of the city council, which will make its final decision in June. Council president Darrell Clarke has not taken a side yet, but he's concerned the burden would fall hardest on those Kenney is trying to help: the poor. "It doesn't take a whole lot of analysis to determine where those sugary drinks are being sold," he says. "So the question is, is that fair?"

The Rev. Adan Mairena, who is part of a group supporting the tax, estimates 80 percent of his congregation in North Philadelphia lives below the poverty line and admits that some of them are worried about paying more for these drinks. He's urging skeptics to take the long view.

At a supermarket just a few miles away, Maribel Alago says she disagrees. She points out the city raised property taxes last year. Plus, there's a $2-per-pack tax on cigarettes to help the cash-strapped school district.

Mayor Kenney says if the city council doesn't approve the tax, there's no other way to pay for expanded pre-K or revamped rec centers. Plan B is going without those things.