Accessibility links
Taking Cues From Human Nutrition To Reduce Antibiotic Use In Livestock : The Salt Researchers are trying to figure out whether probiotics — the stuff we like to eat in yogurt to keep our guts healthy — could also help pigs, cows and chickens thrive.

Taking Cues From Human Nutrition To Reduce Antibiotic Use In Livestock

Taking Cues From Human Nutrition To Reduce Antibiotic Use In Livestock 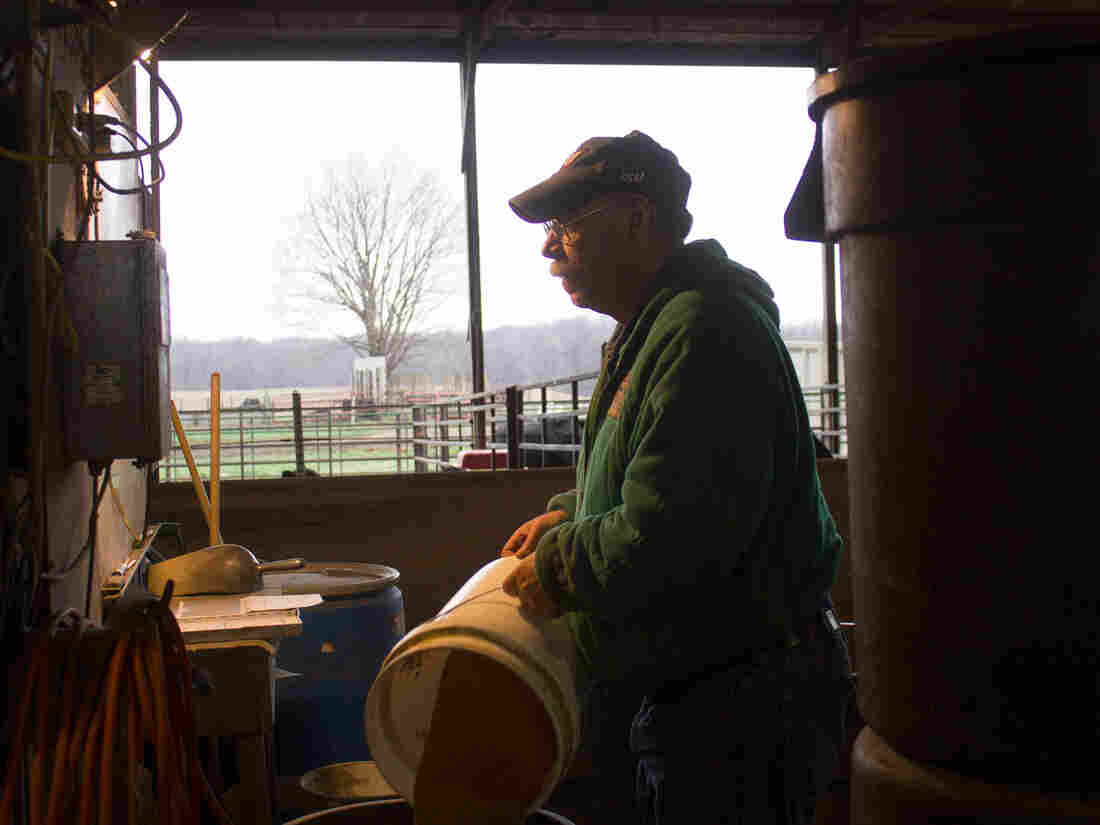 On a cold windy morning, Kelly Nissen feeds the cows at the Iowa State University Beef Nutrition Farm. He weighs out specific rations and carefully delivers them to numbered feed bunks.

"When you're feeding, you're always double-checking yourself to make sure it's going in the right lot," Nissen says. It's important — because these cows munch on more than just the common mix of hay, corn and distiller's grain. They're also charged with testing out different formulas developed by the researchers in the animal science department at Iowa State.

Among the goals here is to find ways farmers can reduce how often they put antibiotics in animal feed — which they use not just to treat sick animals, but also to prevent disease and get animals to grow faster. The issue is that some of the antibiotics used on farms are the same ones that doctors prescribe to humans fighting off infections.

The more these antibiotics are used, the more likely it is that some squirrelly bacteria will develop resistance — and those pesky drug-resistant bacteria can infect humans.

The government has asked drug companies to stop the use of antibiotics for growth promotion. And last year, the Obama administration announced a plan aimed at cutting down reliance on these medicines. Meanwhile, researchers like Stephanie Hansen at Iowa State have been looking for alternatives to antibiotics in animal feed.

Recently, they've been taking cues from human diet trends, trying an ingredient you can probably find in your fridge, inside that tub of Greek yogurt: healthy bacteria.

A good yogurt will contain several live bacteria — or probiotics — which help keep our guts healthy and happy. No one's going to feed pigs, chickens or cows Fage. But researchers think that a bacterium commonly found in yogurt, Lactobacillus acidophilus, could help keep animals healthy — so farmers don't have to give them as many antibiotics.

"Acidophilus would have the same impact in a production livestock animal as it would in humans," Hansen says. This friendly bacterium likes hanging out in guts — and once it settles into either a human or an animal's gut, it thrives and multiplies, crowding out the other harmful bacteria that live there — which, in turn, can keep you, or a cow, healthy.

Poultry researcher Alejandro Penaloza at Oklahoma State University has a similar idea: He's testing two strains of Lactobacillus in poultry feed. Some large chicken producers are interested, he says, because it helps the birds gain weight with less feed, a benefit they used to get from antibiotics.

"We cannot say that probiotics is the silver bullet to completely eliminate antibiotics," Penaloza says. "But I am sure that they can help a lot." 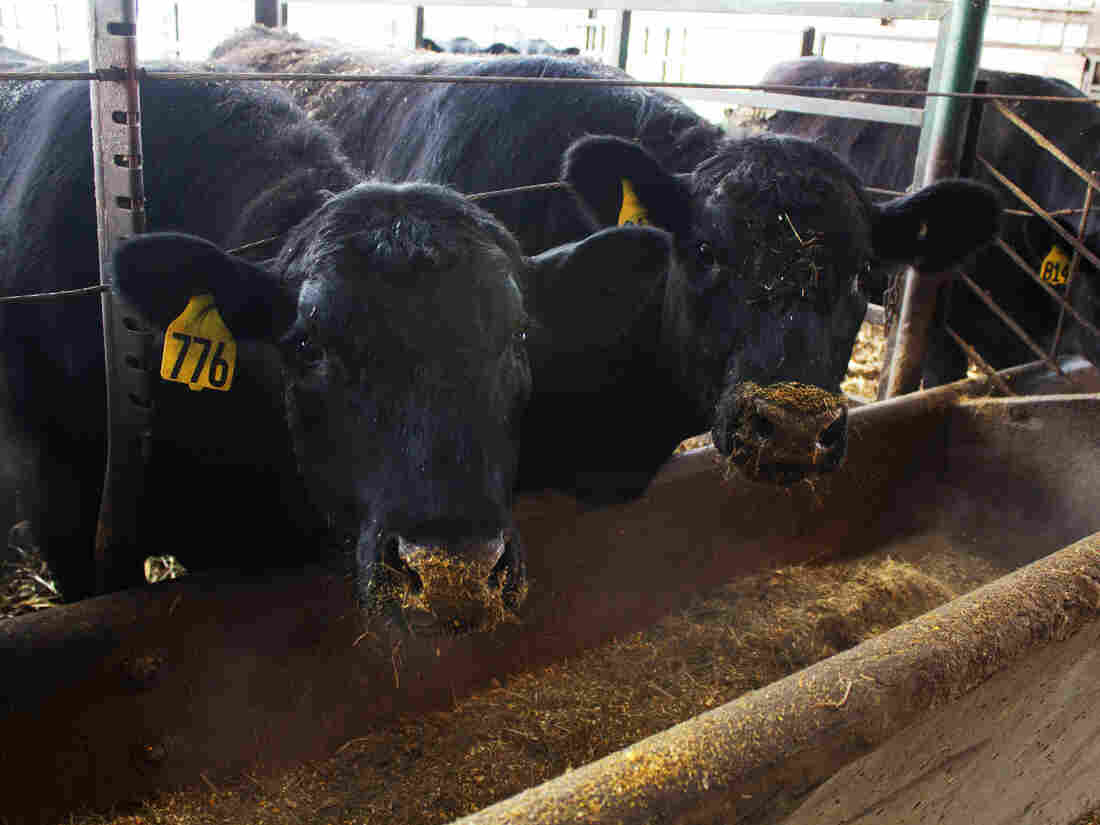 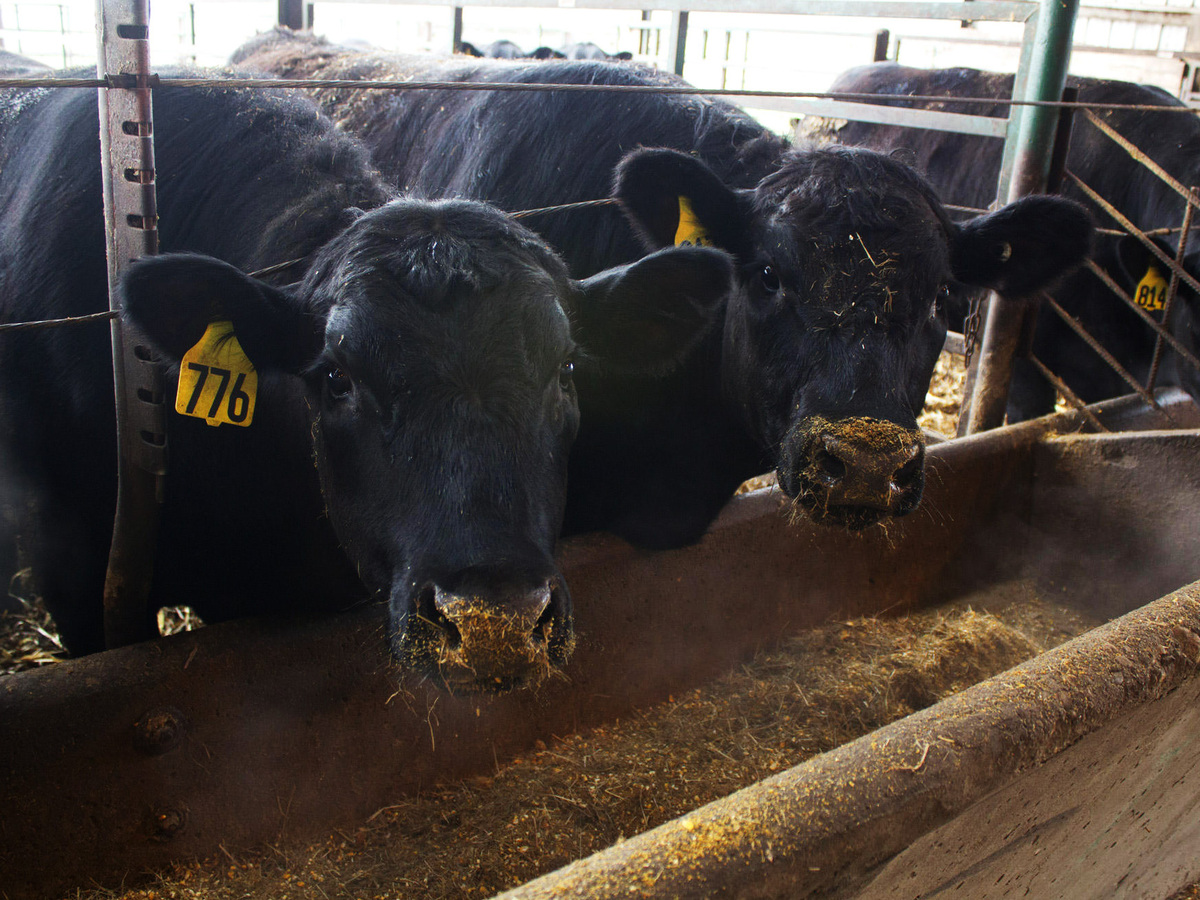 Researchers are still testing just how much of an impact probiotics have on livestock. But some animal feed companies are already marketing Lactobacillus supplements. Iowa-based Diamond V, for instance, has developed a pig feed supplement made from the bacteria.

Of course, these bacteria are no panacea, Frank says. "As antibiotics become more limited in their use, we're going to have to make changes in how we raise animals, perhaps develop more vaccines, change our stocking densities, nutrition programs," he notes.

Moving beyond antibiotics on the farm will be a gradual process, but it's getting a little inspiration from our diet trends.

Amy Mayer is a reporter based at Iowa Public Radio. This story comes to us from Harvest Public Media, a reporting collaboration focusing on agriculture. A version of this post originally ran on the Harvest website.