Accessibility links
Coming Soon To A Tortilla Near You: A Vitamin To Prevent Birth Defects : The Salt The FDA says tacos, tamales and other foods made with corn masa flour can now be fortified with folic acid. The move is aimed at reducing severe brain defects in babies born to Hispanic women.

Coming Soon To A Tortilla Near You: A Vitamin To Prevent Birth Defects

Coming Soon To A Tortilla Near You: A Vitamin To Prevent Birth Defects 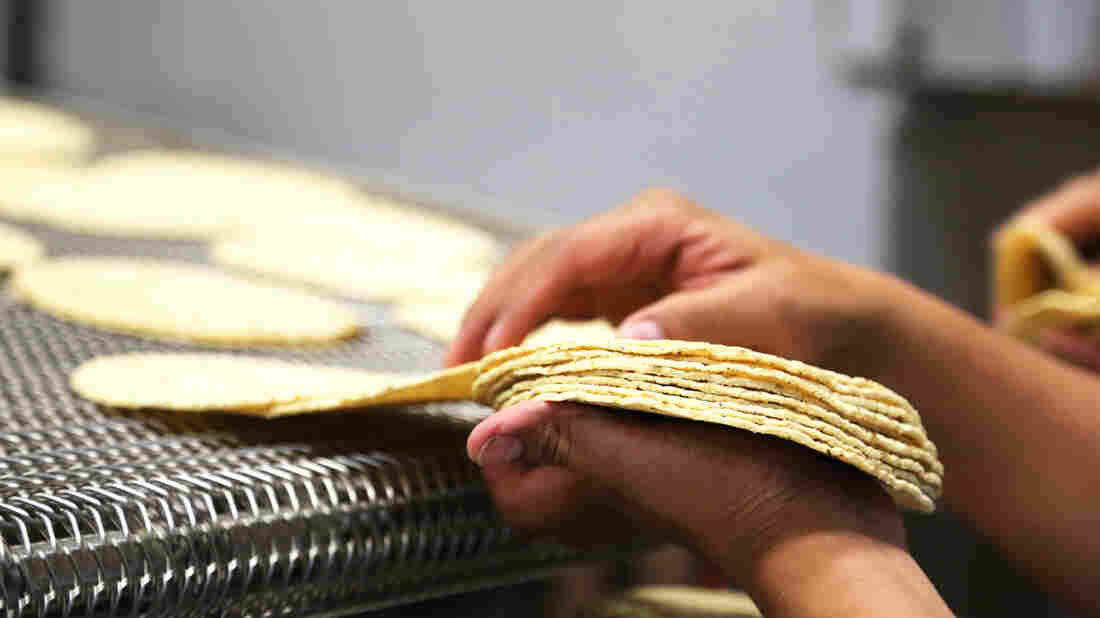 The FDA says tortillas and other foods made with corn masa flour can now be fortified with folic acid. The move is aimed at reducing severe brain and spinal cord defects in babies born to Hispanic women. Verónica Zaragovia for NPR hide caption 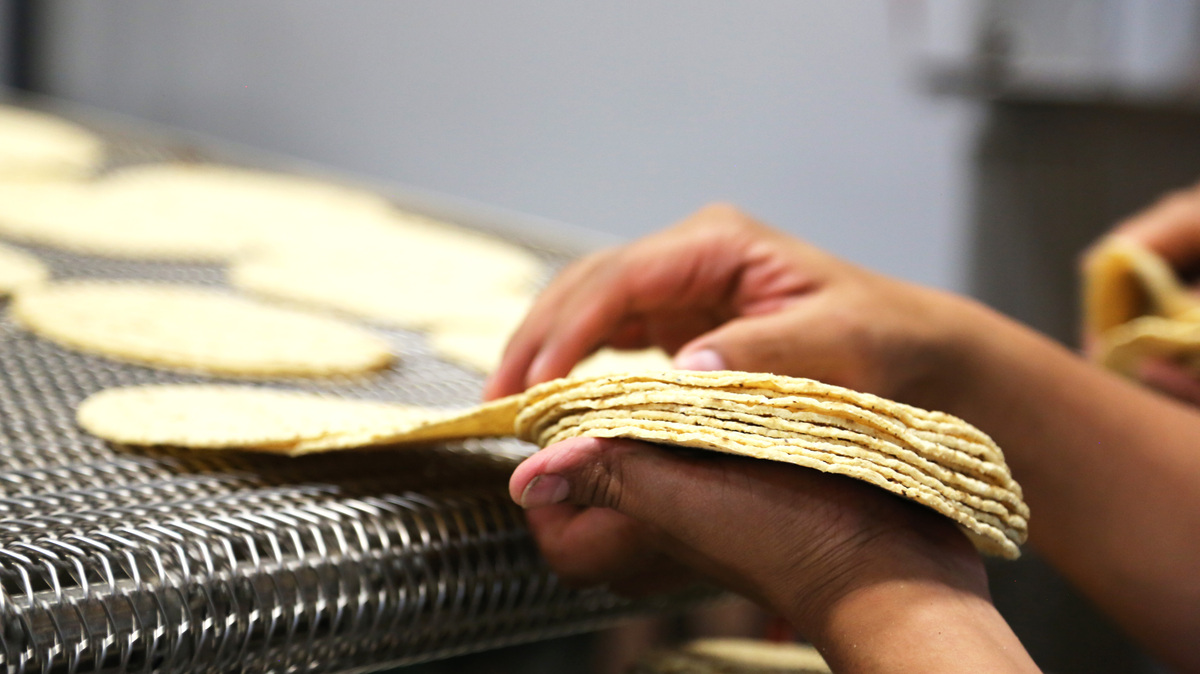 The FDA says tortillas and other foods made with corn masa flour can now be fortified with folic acid. The move is aimed at reducing severe brain and spinal cord defects in babies born to Hispanic women.

Why Tortillas May Hold The Key To Healthier Babies

Foods made with corn masa flour — like tortillas, tacos and tamales — could soon play a critical role in the health of babies born to Latina mothers in the U.S.

That's because, as of today, the U.S. Food and Drug Administration is now allowing manufacturers to fortify their corn masa foods with folic acid. That's a synthetic form of folate, a B vitamin that helps prevent severe defects of the brain and spinal cord when consumed by women before and early in pregnancy.

"I think it will be really monumental for the Latino population," says Michael Dunn, a Brigham Young University food scientist.

Since 1998, the FDA has required that breads, pasta, breakfast cereals and other grains made with enriched flour be fortified with folic acid. In the years since, the number of babies born in the U.S. with neural tube defects has dropped by roughly 35 percent — or about 1,300 babies a year.

But these birth defects remain "stubbornly higher" in the Hispanic community, says Dr. Edward McCabe, the chief medical officer at the March of Dimes. Researchers have suspected that the reason why might lie in tortillas and other foods made with corn masa flour, a dietary staple for many Hispanic families.

That's because until now, the FDA had banned fortification of products made with corn masa flour. The agency was concerned that the folic acid might not remain stable.

Dunn led a study that helped change the FDA's mind. His research involved lengthy testing in the lab as well as a daylong trial making fortified corn masa at a local facility in Utah. He and his team found that the heat and production process doesn't significantly change the quantity of folic acid in a fortified product through its shelf life.

The FDA now says that manufacturers may voluntarily add up to 0.7 milligrams of folic acid per pound of corn masa.

The decision has been four years in the making. The March of Dimes Foundation, the American Academy of Pediatrics, the National Council of La Raza and the Spina Bifida Association first petitioned the FDA in 2012 to allow folic acid in products made with corn masa flour.

Now that tortillas and other foods made with corn masa flour can be fortified, "the March of Dimes expects dozens of devastating neural tube defects to be prevented each year," McCabe says.

In San Marcos, Texas, the El Milagro plant makes tortillas and tortilla chips made from corn masa flour. General Manager Hector Ramirez says all it takes is about a week to start fortifying these products, but in reality, the process will take longer: The plant will have to change the packaging for its corn masa flour, and that would take between 30 and 90 days.

"We'll have to decide if it's a cost we'll take on up front or pass it on to the customer," Ramirez says. But he believes it will be a worthwhile investment.

"Customers now look closely at the labels," he says. "If they see non-GMO, all natural, and on top of that — fortified with folic acid, I think our customers would want that," Ramirez says.

Gruma Corp. was one of the petitioners to the FDA. The company manufactures products made with corn masa flour products in the U.S. and in Central and South America. Gruma says it expects to have its fortified products on the U.S. market by the end of September.