Accessibility links
In Honor Of #NationalPoetryMonth: Your Favorite Poems About Food And Farming : The Salt Gastronomy and poetry are a natural pairing. After all, both provide necessary nourishment. We asked you to share your favorite selections about farming and food and gathered them up here.

In Honor Of #NationalPoetryMonth: Your Favorite Poems About Food And Farming

In Honor Of #NationalPoetryMonth: Your Favorite Poems About Food And Farming 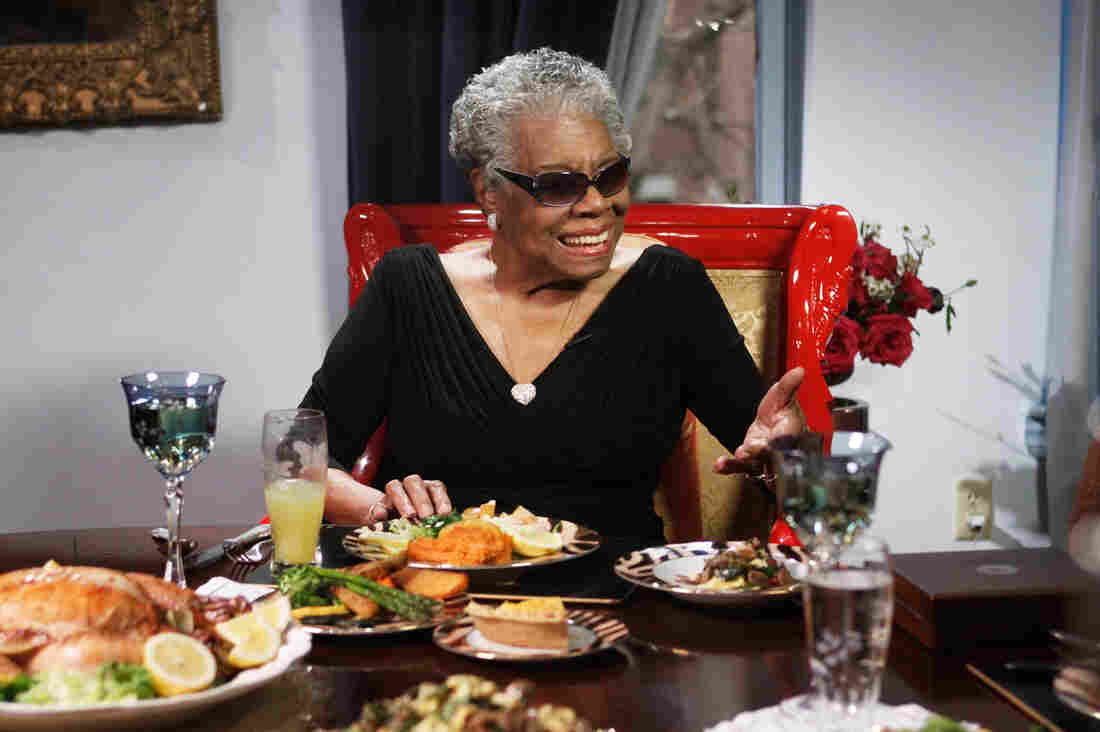 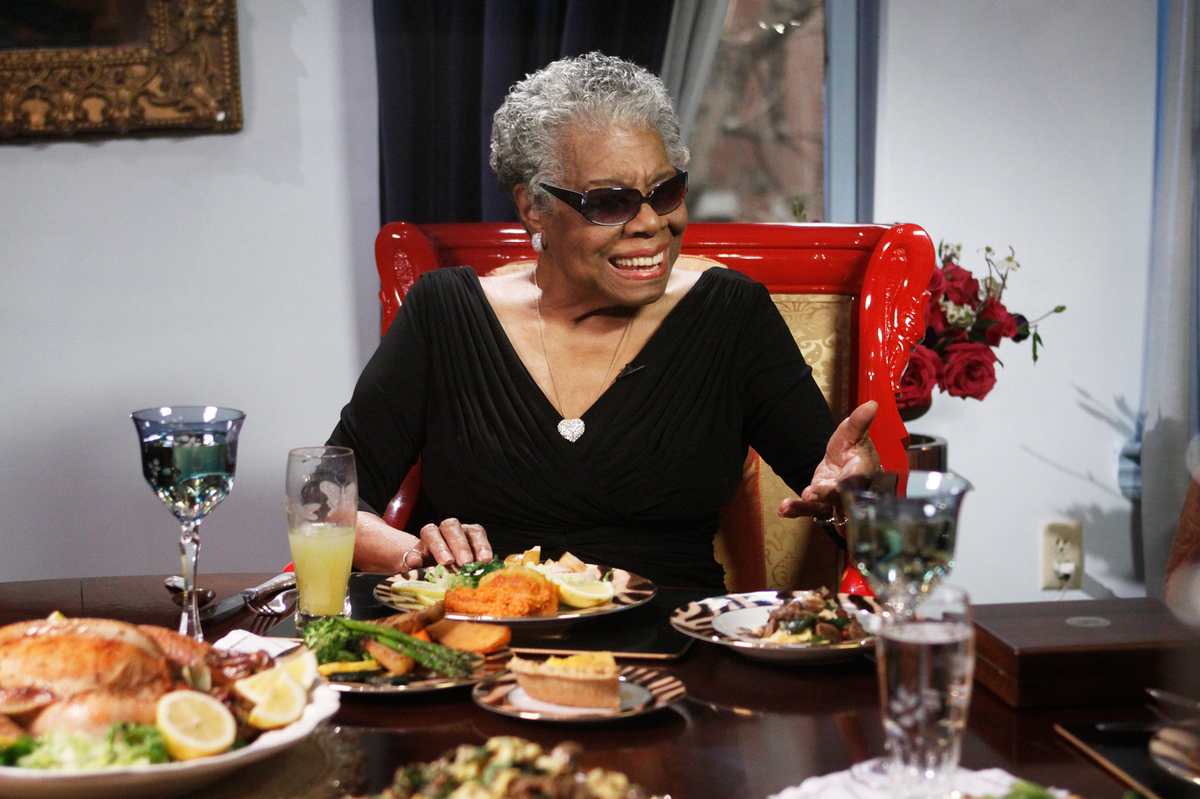 This April marks the 20th anniversary of National Poetry Month, and here at The Salt, we wanted to celebrate with a selection of the sauciest, most scrumptious verses about food.

Gastronomy and poetry are a natural pairing. After all, both provide necessary nourishment. And as poet Tess Taylor told us last week, "Food — 'cultivation' — is the most basic part of 'culture,' the art of stability, the art of civilization." The whole process of growing and harvesting food, cooking it and savoring it has inspired generations of writers.

So, we asked you to share your favorite selections about farming and food — and we've gathered them up here.

Lots and lots of you recommended William Carlos Williams' sweet and short "This Is Just To Say":

I have eaten
the plums
that were in
the icebox

and which
you were probably
saving
for breakfast

Forgive me
they were delicious
so sweet
and so cold

"Persimmons" by Li-Young Lee is another lovely ode to fruit:

... Ripe ones are soft and brown-spotted.
Sniff the bottoms. The sweet one
will be fragrant. How to eat:
put the knife away, lay down newspaper.
Peel the skin tenderly, not to tear the meat.
Chew the skin, suck it,
and swallow. Now, eat
the meat of the fruit,
so sweet,
all of it, to the heart ...

As is Diane Ackerman's "The Consolation of Apricots":

... Somewhere between a peach and a prayer,
they taste of well water
and butterscotch and dried apples
and desert simooms and lust.

Sweet with a twang of spice,
a ripe apricot is small enough to devour
as two hemispheres.
Ambiguity is its hallmark ...

Coolness of the melons
flecked with mud
in the morning dew.

Late August, given heavy rain and sun
For a full week, the blackberries would ripen.
At first, just one, a glossy purple clot
Among others, red, green, hard as a knot.
You ate that first one and its flesh was sweet
Like thickened wine: summer's blood was in it
Leaving stains upon the tongue and lust for
Picking. Then red ones inked up and that hunger
Sent us out with milk cans, pea tins, jam-pots
Where briars scratched and wet grass bleached our boots ...

Fruits and veg are necessary for a balanced diet — and for a taste of the latter, The Salt's Maria Godoy loves Pablo Neruda's "Ode To The Onion":

Onion, luminous flask,
your beauty formed
petal by petal,
crystal scales expanded you
and in the secrecy of the dark earth
your belly grew round with dew.
Under the earth
the miracle
happened
and when your clumsy
green stem appeared,
and your leaves were born
like swords
in the garden ...

But sometimes we all crave something meatier. For that, we can turn to Maya Angelou — a woman who knew how to enjoy a good, hearty meal. (She even published a couple of cookbooks). Here's "The Health-Food Diner":

No sprouted wheat and soya shoots
And Brussels in a cake,
Carrot straw and spinach raw,
(Today, I need a steak).

Not thick brown rice and rice pilaw
Or mushrooms creamed on toast,
Turnips mashed and parsnips hashed,
(I'm dreaming of a roast).

Health-food folks around the world
Are thinned by anxious zeal,
They look for help in seafood kelp
(I count on breaded veal).

No smoking signs, raw mustard greens,
Zucchini by the ton,
Uncooked kale and bodies frail
Are sure to make me run

Loins of pork and chicken thighs
And standing rib, so prime,
Pork chops brown and fresh ground round
(I crave them all the time).

Irish stews and boiled corned beef
and hot dogs by the scores,
or any place that saves a space
For smoking carnivores.

If that doesn't fill you up, here's Shel Silverstein's whimsical ditty on hotdogs.

As McGough so cleverly notes, food is the stuff that connects us — it carries emotion and memory. In that vein, here's an except from Robert Hass' "Meditation at Lagunitas":

... But I remember so much, the way her hands dismantled bread,
the thing her father said that hurt her, what
she dreamed. There are moments when the body is as numinous
as words, days that are the good flesh continuing.
Such tenderness, those afternoons and evenings,
saying blackberry, blackberry, blackberry.

And here is D.H. Lawrence, who shows us the best way to enjoy an apple — or any food, for that matter — in his poem "Mystic."

They call all experience of the senses mystic, when the experience is
considered.
So an apple becomes mystic when I taste in it
the summer and the snows, the wild welter of earth
and the insistence of the sun.

All of which things I can surely taste in a good apple.
Though some apples taste preponderantly of water, wet and sour
and some of too much sun, brackish sweet
like lagoon water, that has been too much sunned.

If I say I taste these things in an apple, I am called mystic, which
means a liar.
The only way to eat an apple is to hog it down like a pig
and taste nothing
that is real.

But if I eat an apple, I like to eat it with all my senses awake.
Hogging it down I call the feeding of corpses.

We could go on, and on and on. But we won't — because honestly, all this food poetry is making us hungry.

If we missed any of your favorites, please do let is know in the comments, or on Twitter @NPRFood.