Accessibility links
The Gospel According To Wendell Berry, On Screen : The Salt America's foremost farmer-philosopher, Wendell Berry, is the subject of a new documentary. It celebrates the writer's work, and the rural community in Kentucky in which he's rooted. 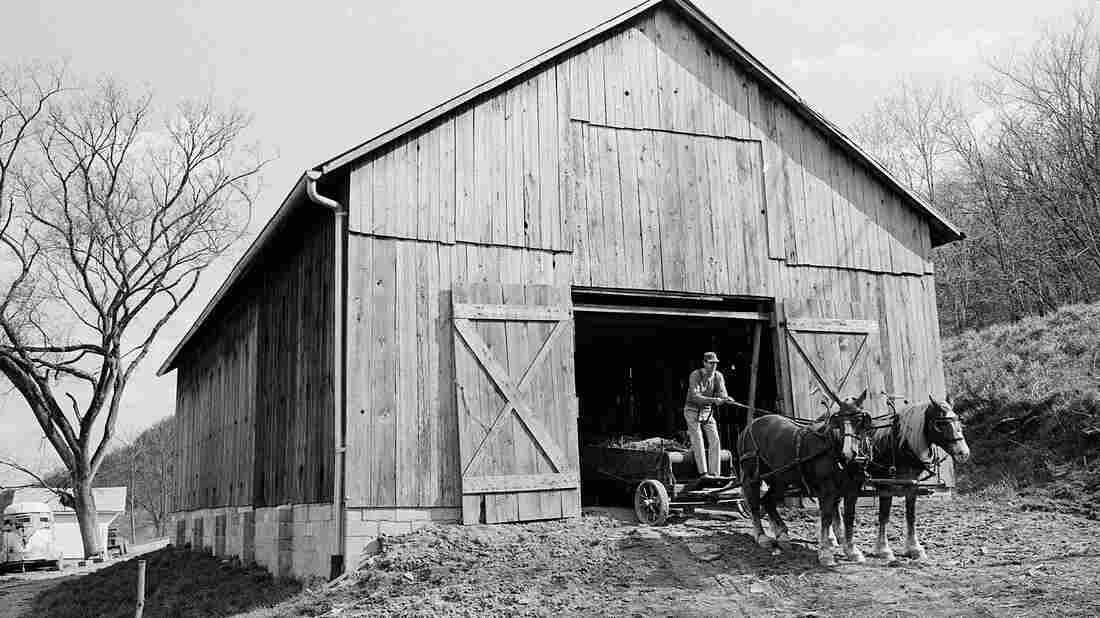 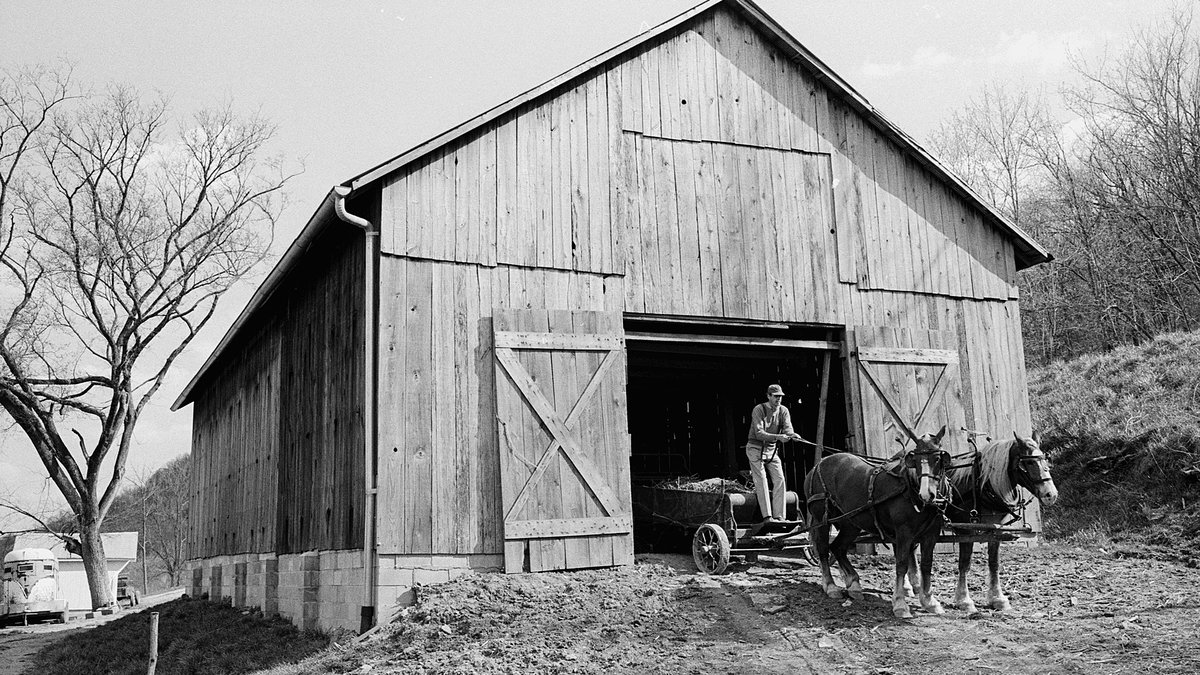 Wendell Berry, America's foremost farmer-philosopher, with horses on his farm.

When Laura Dunn decided to make a film about America's foremost farmer-philosopher, Wendell Berry, she ran into one significant complication: He was willing to be interviewed, but he didn't want to go on-camera.

Berry, an old-fashioned man to his core, believes that experiencing the world through computer or movie screens diminishes literacy and deadens the imagination.

But Dunn took it as a challenge, to make a film that reveals even more about the man, rather than less, by following his gaze toward the world that shaped him.

So in her film, The Seer, Berry's weathered voice acts as the soundtrack to images of trees and pastures and fields in the place where Berry was born, and where he has lived for the past half-century: Henry County, Kentucky.

Knowing where you're from is a recurrent theme in Berry's writings, and in The Seer. Yet Dunn, the filmmaker, can't really say where she's from. "I think that's part of the story, in a way," she says. She was drawn to Berry's work and world, "sort of seeking a home in a world that seems full of displacement."

Many of Berry's novels and essays and poems are an homage to farming communities like Henry County, which lie off the beaten track, often forgotten.

"They call 'em the sticks," Berry says in the film. "The boondocks. Nowhere. You hear that over and over. 'Oh, just a little nowhere place.' "

Berry's writings treat these places as special, even sacred, and Dunn's film does the same. "I want to be able to just show you this place," she says. "And in this place, it's farmers. It's farmers in their struggles and victories."

Wendell Berry's condemnation of modern farming has brought him back into the public eye in recent years. He despises how big farming has become, and how technology-driven. 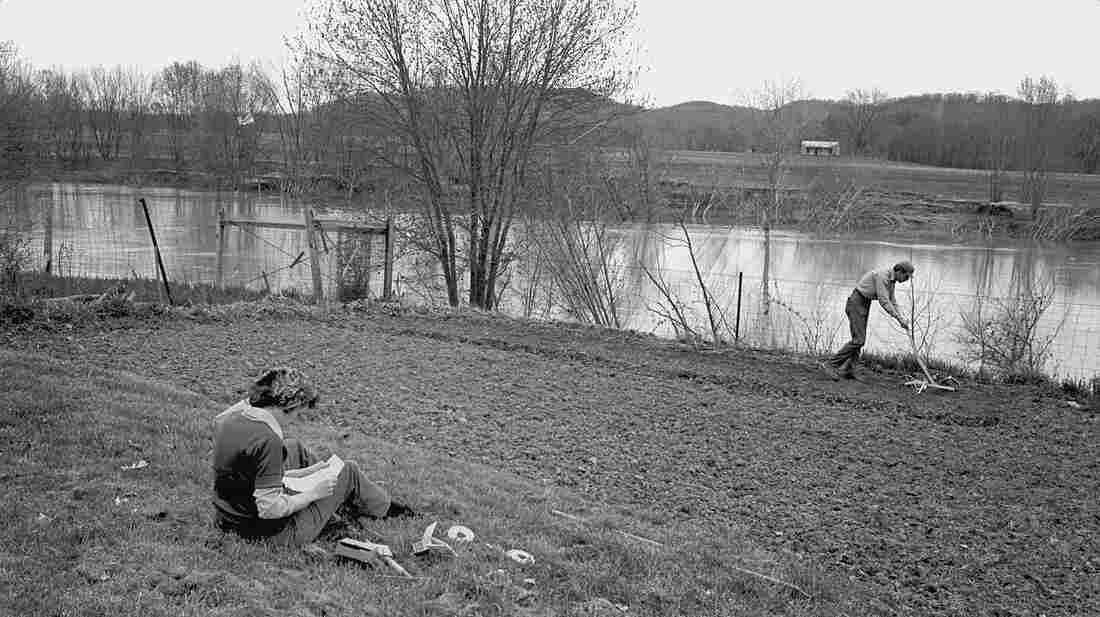 Dunn's film goes deeply into the business of farming. She speaks with migrant farm workers and big-time farmers, deeply in debt. "Ten years ago I would have never dreamed it would cost what it does to put a crop out now," says one farmer, with a haunted look in his eyes. "It's just crazy what it costs. And sometimes is gets a little hard to sleep at night. Toward the end of the year, all the crops are in the ground, all the money's spent, and we just need a good crop to pay the banks back."

Dunn replays video of a speech that Wendell Berry gave in 1974. Already at that point, he was arguing that when big farms grow and small ones disappear, communities are destroyed, along with the values that sustain those communities — values like loyalty, neighborliness, kindness.

"I don't think that you can love those old values, and love what has come to be American agriculture at the same time," he told his audience.

In recent years, there's has been a small Wendell Berry renaissance. He's inspired a new generation of small, organic farmers. I recently saw a quote from Wendell Berry — "Eating is an agricultural act" — on the wall of a glitzy, trendy, food establishment in Manhattan.

But this film goes well beyond food and farming. It returns, again and again, to Laura Dunn's search for "things that are whole" in a fragmented world.

There's a confessional moment in the middle of the film in which we hear Dunn talking to Berry, explaining what drew her to Henry County.

"There's this need to try to find a way to piece things back together," she says. "So you look to places where there is still a remnant of togetherness, or unity, or community, of connection to the land, and I study those, because I don't come from a place — I come from divorce ..."

Berry interrupts her: "We all come from divorce!" he says. "This is an age of divorce. Things that belong together have been taken apart. And you can't put it all back together again. What you can do, is the only thing that you can do. You take two things that ought to be together and you put them together. Two things! Not all things."

As Wendell Berry speaks, the film shows a pair of horses, an intact spider web, and a furniture-maker fitting together two pieces of wood.

Dunn says it's a hopeful thought: That this may be all that we, personally, need to do.

"What he's saying to me is, there is no big solution. It's broken! We're all complicit in a broken system, and it a broken world. The question isn't how can I fix it all. But how can I, with my own two hands, do good work, every day. And I find that immensely hopeful!"

The Seer premiered last month at the South by Southwest festival in Austin, Texas. Screenings are scheduled at film festivals in the coming months in Houston, Nashville, and Toronto.