Accessibility links
'Nurse, Spy, Cook:' How Harriet Tubman Found Freedom Through Food : The Salt Tubman's role as a professional cook has often been overlooked. She self-funded many of her heroic raids to rescue slaves through an activity she enjoyed and excelled at: cooking. 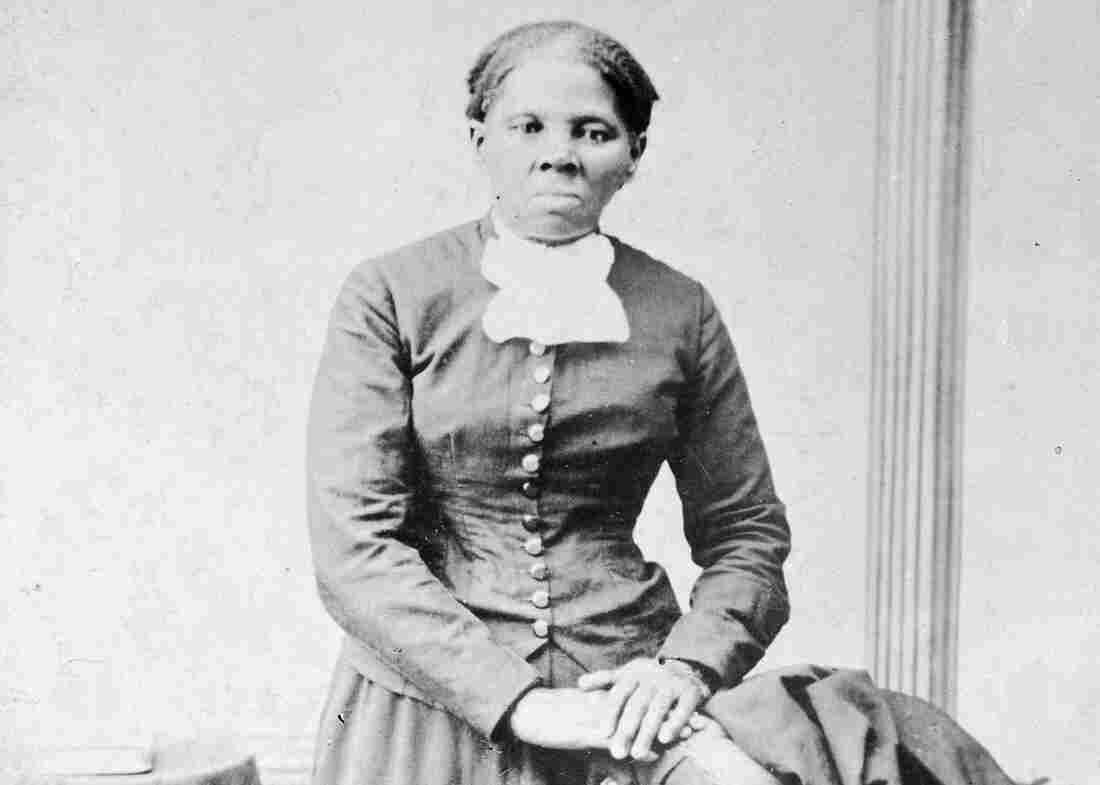 Harriet Tubman, pictured between 1860 and 1875. The woman who will soon become the first African-American to grace an American currency note self-funded many of her heroic raids to save slaves by cooking. H.B. Lindsley/Library of Congress via AP hide caption 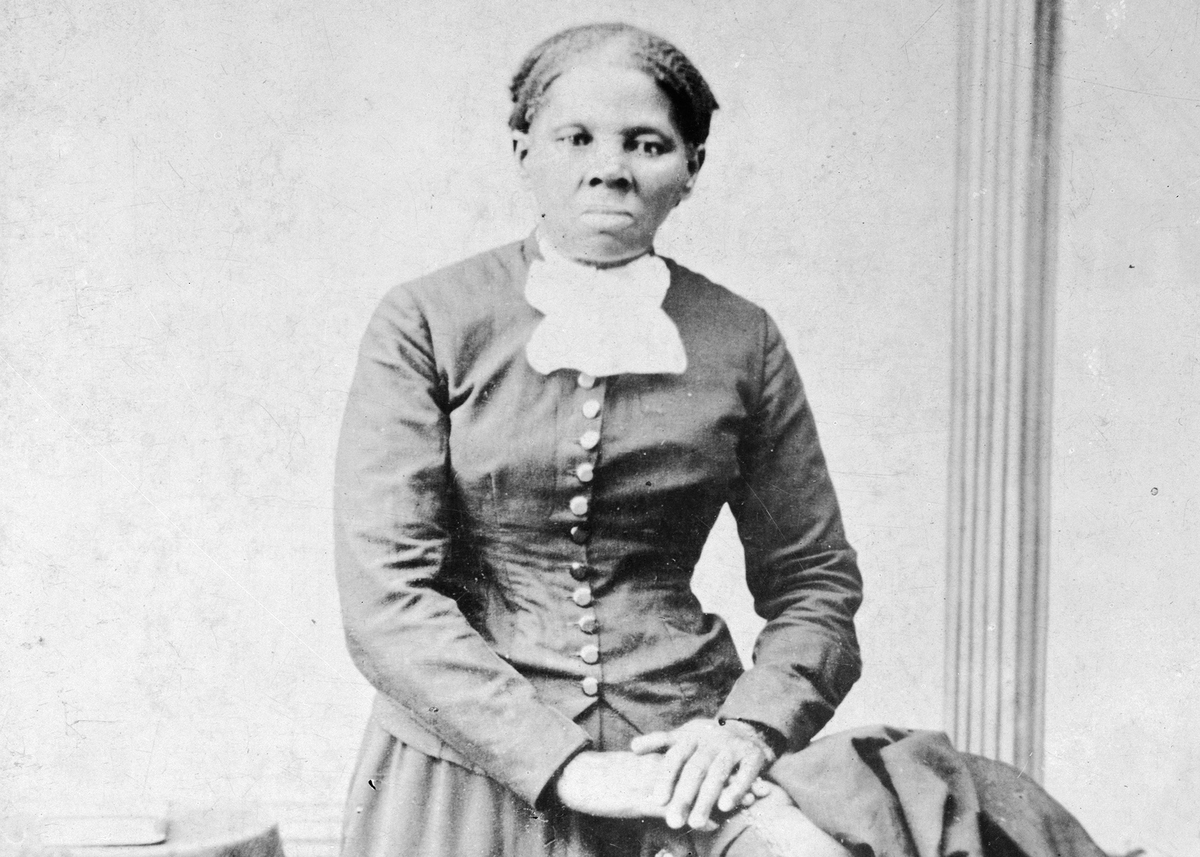 Harriet Tubman, pictured between 1860 and 1875. The woman who will soon become the first African-American to grace an American currency note self-funded many of her heroic raids to save slaves by cooking.

H.B. Lindsley/Library of Congress via AP

Harriet Tubman, who will soon be the first African-American to grace a U.S. currency note, spent her whole adult life raising money either to rescue slaves or help them start life afresh on free soil. While her abolitionist friends in the North were generous contributors to the cause, Tubman also self-funded her heroic raids through an activity she enjoyed and excelled at: cooking.

Tubman's role as a professional cook, which provided her with a much-needed source of money in her long and poverty-stricken life, has often been overlooked.

Tubman was the daughter of a cook. Her mother, Rit Ross, worked in the "big house" on the plantation in Dorchester County, Md., where Tubman was raised. An early food-related incident is testimony to the future General Tubman's strong-willed character. When she was about 6, Tubman was hired out to a neighboring farm – a common practice at the time – run by James and Susan Cook. When she got there, writes biographer Kate Clifford Larson in Bound for the Promised Land: Harriet Tubman, Portrait of an American Hero, the hungry little girl was so nervous in the company of a white family, she refused the milk offered by her new mistress.

"I was fond of milk as any young shoot," Tubman later said to her first biographer, Sarah Bradford. "But all the time I was there I stuck to it, that I didn't drink sweet milk."

She spent almost two unhappy years with the family, during which she was regularly flogged and finally sent home after she fell seriously ill.

In 1849, fearing she would be sold like her two older sisters had been, Tubman escaped to Philadelphia. She travelled to Baltimore and New Jersey, where in order to support herself and raise money to go back to rescue her family, she spent the summer of 1852 working as a cook in a resort at fashionable Cape May, N.J. She used her wages to pay for a raid that freed nine slaves.

On the roughly 13 raids Tubman conducted "down into Egypt" over the course of a decade, one of the many challenges she faced was keeping her party of rescued slaves fed on their long and arduous journey – often through snow, icy rain and swamps, with teams of armed men and dogs searching for the runaways. To keep babies from crying and attracting attention, she dosed their bread with laudanum to put them to sleep.

On the Underground Railroad, "one of the conductor's chief duties was finding nourishment – those slaves who didn't have the benefit of a conductor were on their own. One slave recalled wandering through the woods all day eating acorns."

She may have been hailed as the Black Moses, but unlike that ancient prophet, she couldn't wave her staff and produce manna from heaven. Instead, she simply used her ingenuity. Once, after buying two chickens at a market, she almost came face to face with a former overseer. So she quickly released one of the chickens she was carrying, and pretended to give chase, creating a comic kerfuffle that allowed her to slip away unnoticed, even though, ironically, everyone's eyes were on her.

Otherwise, Tubman went foraging in the forest. "While the woods were rich with resources like sassafras, black cherry, and paw-paw, not everything was safe to eat," Clifford Larson told me. "One of the conductor's chief duties was finding nourishment – those slaves who didn't have the benefit of a conductor were on their own. One slave recalled wandering through the woods all day eating acorns."

What made foraging doubly difficult was that many slaves fled in the winter, shortly after Christmas. "They knew they would probably be sold off at the end of the year, so this was when they would have to run," says Robyn Affron of Adkins Arboretum, who worked on an audio tour of the Underground Railroad with Clifford Larson. "In winter in the mid-Atlantic, they had little or no food. If they were lucky they could seek refuge and food from the Quaker community. Sacks would be hidden in holes in trees with warm socks and hardtack biscuits."

But no matter how dire the situation, Tubman, who was deeply religious, operated on the unshakable belief that God would provide. An abstemious eater, she fasted on Fridays, a practice she learned from her father Ben Ross. He also taught her some invaluable survival skills.

"An expert lumberjack, Ross spent much time living off the land, navigating through forests, fields and waterways," says Clifford Larson. "He passed that knowledge to his gifted daughter, and she put it to good use while traveling along the Underground Railroad."

Tubman grew up on a farm, and through her life, she reached for earthy food metaphors to express herself. "I felt like a blackberry in a pail of milk," she said when she, an illiterate black woman, bid for and bought a parcel of land in Auburn, N.Y., that would eventually house the Harriet Tubman Home for Aged and Infirm Negroes.

"I threw him acrossed my shoulder like a bag o' meal and took him away out of there," was how she described her audacious 1860 rescue of a fugitive slave named Charles Nalle in Troy, N.Y., in the midst of a whirl of police batons and bullets.

And in response to a group called the African Civilization Society, whose mission it was to repatriate all Negroes – free and slave alike – to Africa, Tubman related the parable of a farmer who sowed onions and garlic on his land, but when he found his cow's butter too strong and unsellable, returned to planting clover. By then it was too late – the wind had blown the onions and garlic all over the field. White people, she said, had got slaves to do their hard work for them, but now that their presence didn't suit them, they wanted to pack them off to Africa. "But they can't do it," she said in a public speech in Boston that drew loud applause. "We're rooted here, and they can't pull us up."

During the Civil War, Tubman worked as a nurse and a spy, but supplemented her income by running an eating-house in Beaufort. There, she sold Union soldiers root beer, pie and ginger bread, which she baked during the night, after her day's work. When she put in a claim for a Civil War pension, her role was described as "nurse, spy and cook."

Tubman's earliest childhood memory had to do with food. She recalled how, when she had to babysit her younger brother – she was barely 4 or 5 years old herself – she used to "cut a fat chunk of pork and toast it on the coals and put it in his mouth. One night he went to sleep with that hanging out, and when my mother come home she thought I'd done kill him. I nursed that there baby till he was so big I couldn't tote him any mo'."

Indeed, the dramatic arc of Tubman's life story, from slave to national hero, can be captured in her tragicomic relationship to pigs. Caught stealing a lump of sugar at the Cooks' house, she saw the mistress reach for the whip, and fled to a neighboring farm. For the next five days, she hid in a pigpen and fought with "an ole sow, an' perhaps eight or ten little pigs" for the potato peelings and other pigswill. Finally, starved and afraid of the belligerent mother pig, she went back. James Cook whipped her.

Over three decades later, when Tubman made history by leading three Union gunboats in the famous 1863 Combahee River Raid that freed 700 slaves in South Carolina, she described how the throngs of slave women came streaming towards "Lincoln's gun-boats" with their babies, baskets, chickens and pigs.

"I nebber see such a sight," she is quoted saying in Bradford's 1869 biography. "We laughed, an' laughed, an' laughed. Here you'd see a woman wid a pail on her head, rice a smokin' in it jus' as she'd taken it from de fire, young one hangin' on behind, one han' roun' her forehead to hold on, 'tother han' diggin' into de rice-pot, eatin' wid all its might; hold of her dress two or three more; down her back a bag wid a pig in it."

One woman brought along two pigs, one white, one black. All three were taken on board, and the pigs promptly christened after a Confederate Civil War general and the president of the Confederate States of America: "de white pig Beauregard, and de black pig Jeff Davis."