Accessibility links
How Starbucks Got Tangled Up In LA's Homelessness Crisis : The Salt There are 44,000 people living on the streets in and around Los Angeles. With no other place to go, many end up at a Starbucks — to the consternation of some employees. 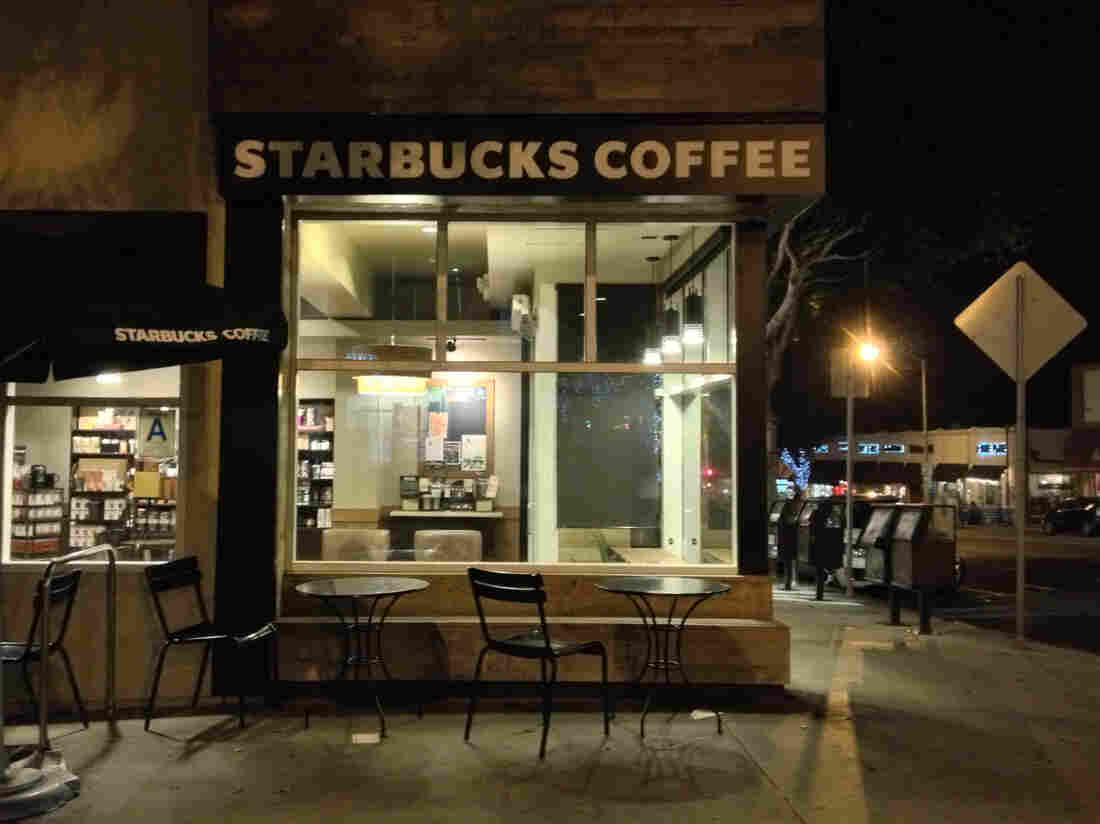 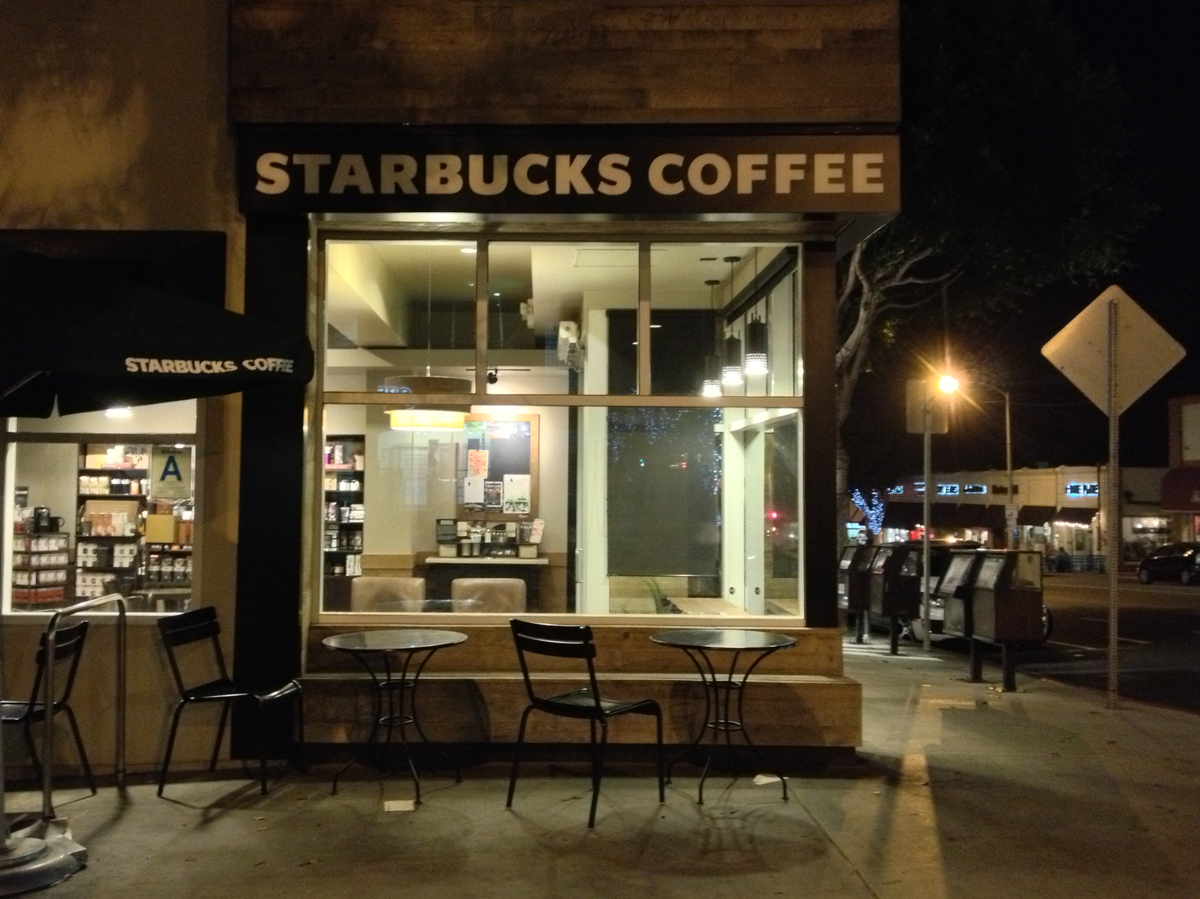 A Starbucks in Santa Monica, Calif. With no other place to go, many of Los Angeles' homeless end up at the chain's outlets — to the consternation of some employees.

It's about 6:30 in the morning at a Starbucks near Santa Monica beach, and David Rodriguez Ordunez is checking Facebook while charging his phone.

He's one of 44,000 people living on the streets in and around Los Angeles — and he's one of three homeless people at the coffee shop this morning.

"Since there's Internet here, that's mainly one of the purposes. I've usually got to find locations to actually have access," Ordunez explains.

Why Starbucks instead of the library? "Well, the library opens like at 10 o'clock or something," he says.

Most shelters close early in the morning, pushing people out onto the sidewalks — where they sometimes go back to sleep. "And then a lot of times if you're homeless, you've got to get up at a certain time 'cause if not, they'll give you a ticket," Orundez adds. "That's totally inhumane. I'm like, give me a place to live or somewhere to go or something."

With more than 400 branches in the LA area, often, the place to go is Starbucks. And that's why lately, these coffee shops are finding themselves on the front line of the city's homeless crisis.

In the past few months, three Starbucks outlets in LA have closed their bathrooms completely, even to paying customers. Those stores are located in downtown and Hollywood, areas with big homeless populations.

In a statement, the company said the closures are because of unspecified safety concerns. But former Starbucks supervisor Lester Monzon says the chain has had a long-standing struggle with the homeless relying on its bathrooms.

"A lot of the homeless people that do tend to come in, and they will buy a cup of coffee, they use the restroom as their shower time," he says. "They'll take off their shirts, they'll bathe themselves. When they leave, the whole bathroom is just completely destroyed." Some current employees, who aren't allowed to speak on tape, had similar complaints.

But regulating bathroom use is just one concern. Twenty to 25 percent of the homeless population in the U.S. suffers from some form of severe mental illness — and many baristas aren't sure how to interact with homeless customers showing signs of mental distress. Should they ask the person to leave? Call the police?

And they have to take customers into account, too, Mazon says. "Half the people that are watching are seeing if you're gonna be a jerk. Half the people don't want them there and half the people are like, more compassion," he says. "You try to do your best."

On a recent afternoon, a woman came out of a Starbucks near the Hollywood Walk of Fame, yelling at nobody. She was pulling a shopping cart full of bags — and carrying a cup of coffee.

It's a tough situation, says Mary McNeall, who frequents a Starbucks near Venice Beach. "My heart goes out to them, and it's definitely something delicate," she says. "It can get uncomfortable."

And yet — it makes sense that Starbucks is one of several places where the city's growing number of homeless patch together their days, says Gary Blasi, a professor emeritus at the UCLA School of Law and a longtime advocate for the homeless. The problem is, "there is no social safety net," he says. "Or if there is, it's comprised mainly of holes."

"Frankly, I think a lot of people who are hanging out in a Starbucks would rather be hanging out at home," he adds.

That's where Ordunez — the man charging his phone in Santa Monica — would rather be.

People aren't that friendly when you walk in, carrying a bunch of bags, he says. "And you just notice it, you know?"