Accessibility links
The Environmental Cost Of Growing Food : The Salt Economists are working on ways to put a price on the environmental damage of growing food. Take sugar: Half of what we eat comes from beets, half from cane. Each has an impact, in very different ways. 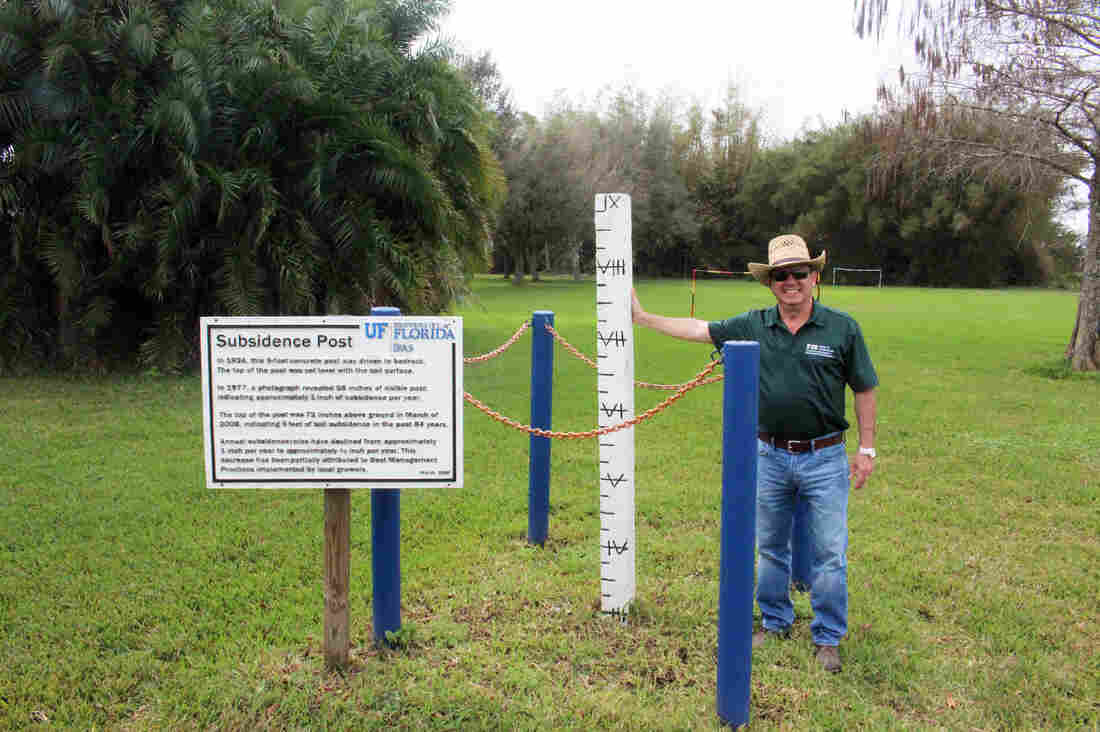 Leonard Scinto, a researcher at Florida International University, standing beside a concrete post that measures the subsidence of soil in the Everglades Agricultural Area. In 1924, the top of the post was level with the ground surface. Dan Charles/NPR hide caption

Let's say you're an environmentally motivated eater. You want your diet to do as little damage as possible to our planet's forests and grasslands and wildlife.

But how do you decide which food is greener?

Take one example: sugar. About half of America's sugar comes from sugar cane, and half from sugar beets. They grow in completely different climates. Sugar cane is a tropical crop, and sugar beets grow where it's colder and dryer.

Each one has an impact on the environment — sometimes a dramatic impact — but in very different ways.

If you go to south Florida, for instance, to the town of Belle Glade, there's a silent yet dramatic measure of the cost of growing sugar there.

Environmental scientist Leonard Scinto, from Florida International University, is standing beside the pole, and the top of it is above his head.

But in 1924, when researchers drove that pole deep into the soil, they left the top of it level with the surface of the ground. Over the intervening decades, the land surface has fallen, exposing six feet of pole.

That's because the soil here is no ordinary dirt. It's peat, the remains of long-dead vegetation. "It's old decaying plant fiber," says Scinto. "Decaying roots. It built up over a few thousand years in the northern Everglades. Built up bit by bit." 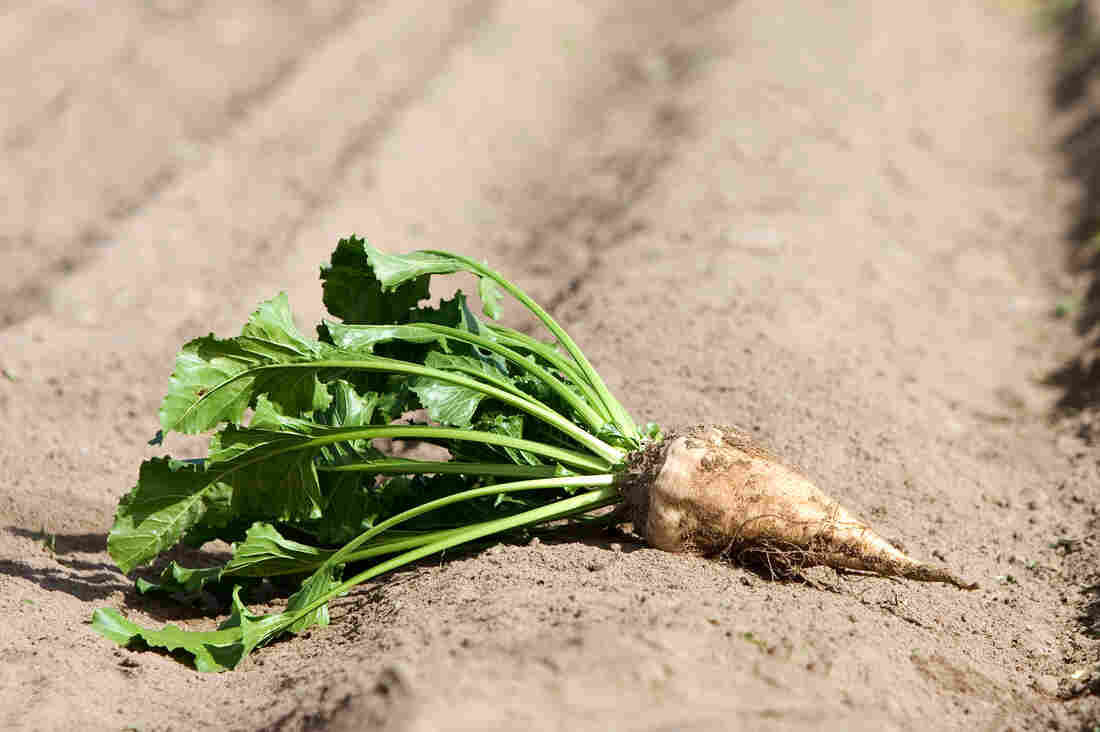 A sugar beet. This crop supplies about half of America's sugar. iStockphoto hide caption 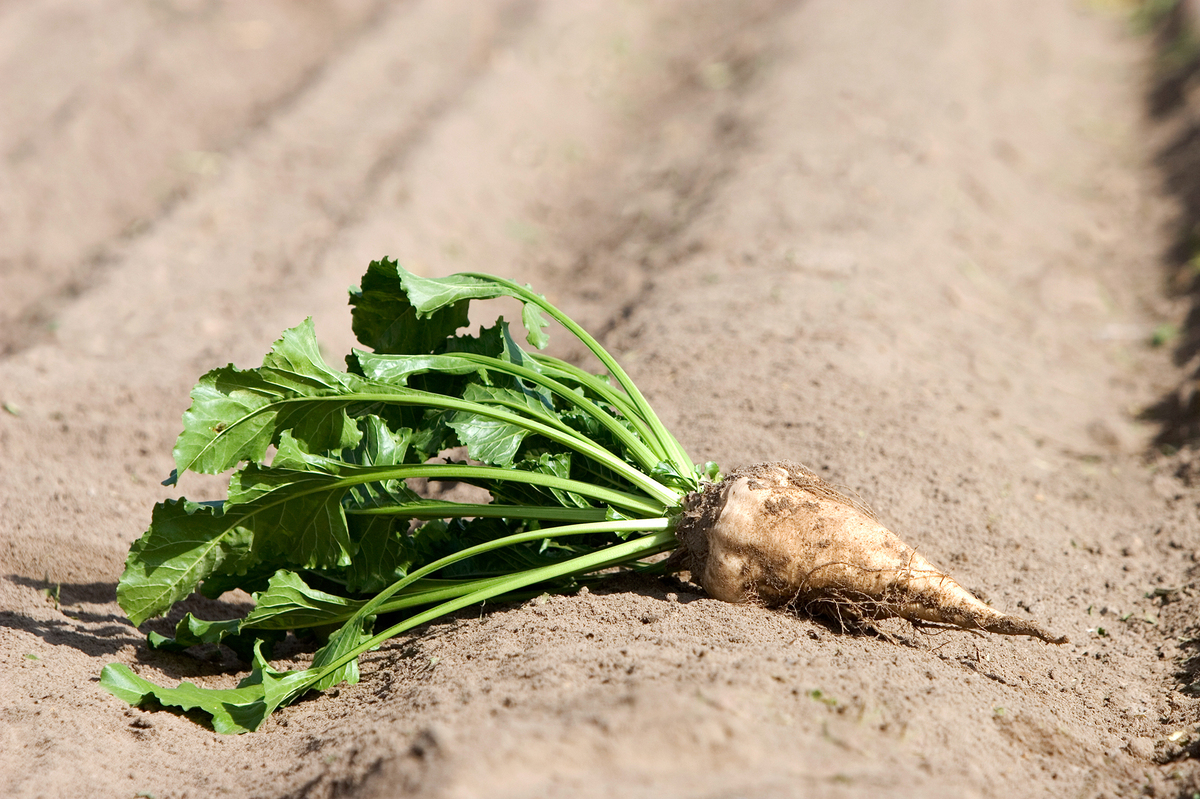 A sugar beet. This crop supplies about half of America's sugar.

For all those thousands of years, it didn't rot away, because the dead plants were submerged in water.

But starting a century ago, people drained this area and created the Everglades Agricultural Area. It's a thousand square miles of fields for farmers like Rick Roth to grow vegetables and sugar cane. Especially sugar cane.

"I would make the argument that this is the best place to farm in the United States, if not the entire world," says Roth.

The soil is fertile, but once exposed to air, it started to decompose. It turned into carbon dioxide and vanished. In another 50 or 100 years, so little soil will be left, it may not be possible to farm here anymore.

The drained expanse of the Everglades Agricultural Area also prevents water from flowing, as it used to, from Lake Okeechobee in the north into Everglades National Park in the south. The water that does make it through picks up fertilizer from the farmland, causing more damage to the natural wetlands of the park.

For all these reasons, environmental advocates and the government of Florida have been putting pressure on farmers to limit the damage; to use less fertilizer and keep more of the peat soil immersed in water.

Roth is actually in favor of all that. Protecting the environment is important, he says — but it can't be more important than growing food.

"They're trying to get land away from the farmers, saying that the Everglades is more important than food production, which I think is relatively insane," he says. "Cheap food is the no. 1 goal! It should be the no. 1 goal of the world!"

This conflict between growing food and protecting the environment is not just playing out in the Everglades. 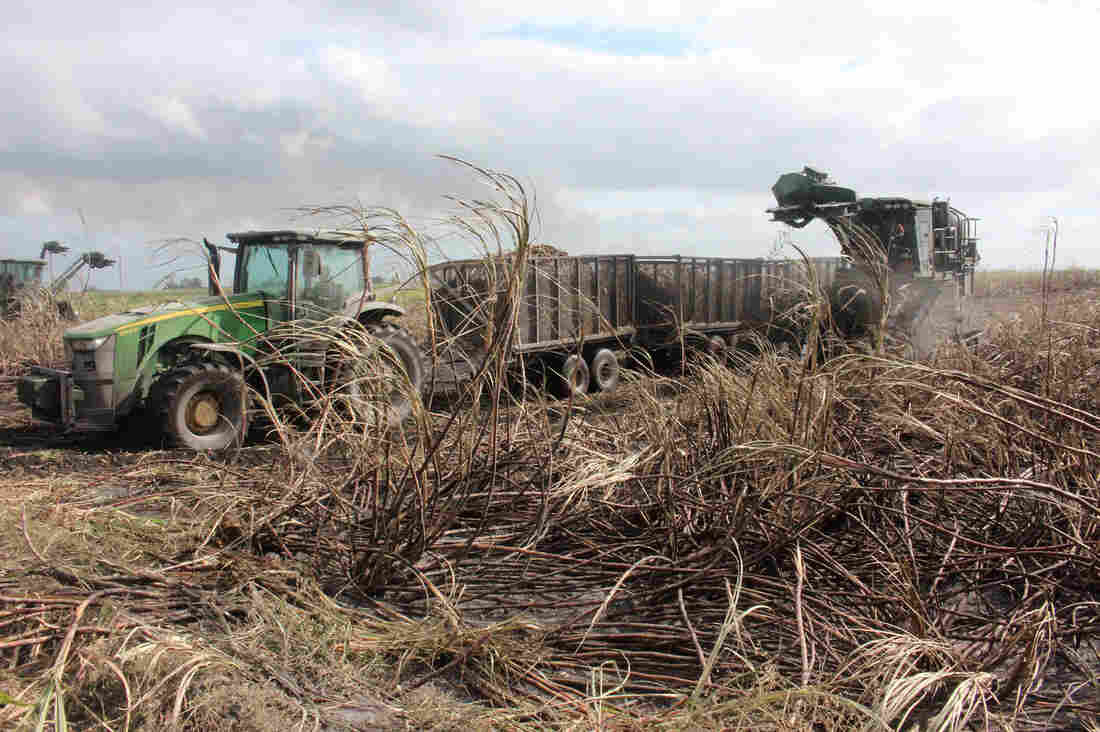 If you don't get your sugar from Rick Roth's cane crop, you may get it from sugar beets that are growing on Bill Markham's farm at the base of the foothills of the Rocky Mountains near Berthoud, Colo.

Growing beets, though, meant plowing up this area's grasslands a century ago. It also meant bringing in water; you can't grow much in this dry region without it.

"You got water coming out of the mountains. All our water comes out of the Big Thompson River," says Markham. "They dug all the canals to get water to these farms." But that means less water for fish and frogs and riverside vegetation.

No matter where food is grown, it has some environmental cost.

Increasingly, government officials and economists are trying to put a number on that cost. What's the price of soil in the Everglades? Or river water in Colorado. That price, if we could agree on it, might help all of us decide which food comes at a cost that we're not willing to pay.

Economist Catherine Kling, at Iowa State University, is working on this.

"In an ideal world, we would include the cost into a decision of where to produce, and how much to produce," she says.

Kling admits that this is not easy. It forces economists to be inventive. They've studied how much farther people are willing to drive to visit a pristine ecosystem versus a polluted one, for instance. That's a measure of how much they value it. 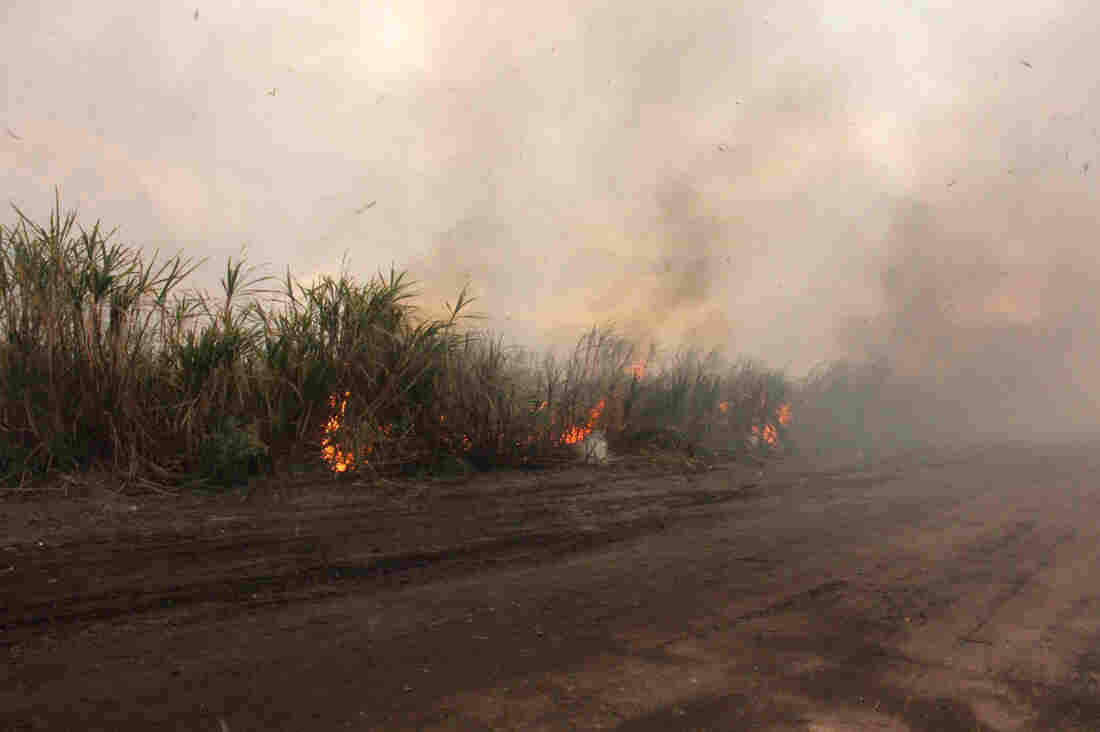 Before sugar cane is harvested, farmers set fire to it to burn away the leaves. Dan Charles/NPR hide caption 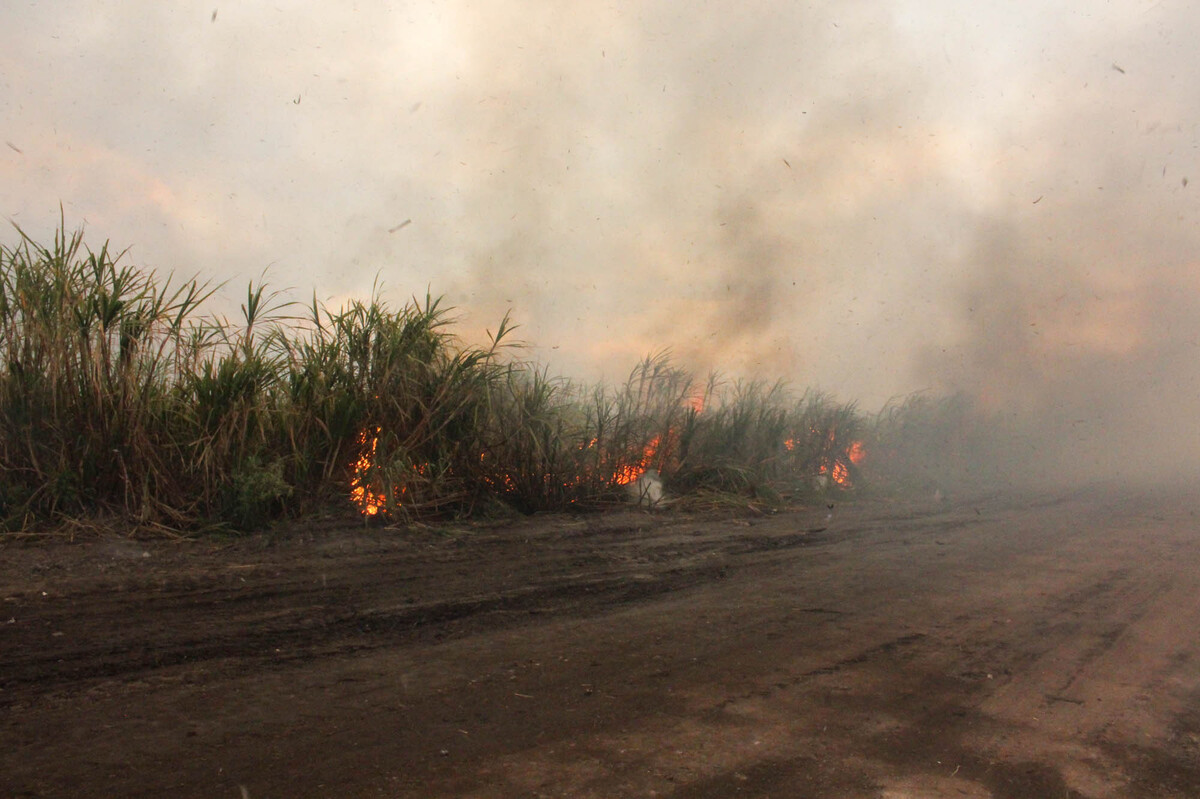 Before sugar cane is harvested, farmers set fire to it to burn away the leaves.

"Another way we do it is to straight-out ask people," Kling says. How much would they pay to restore a wetland, and bring back wildlife there?

Ecologists aren't always happy about these subjective judgments. An ordinary-looking grassland can be just as precious, ecologically speaking, as an alligator-filled swamp. "The key is not to lose ecosystems," says Leonard Scinto, from Florida International University.

But the way Kling sees it, just talking about the economic value of ecosystems represents real progress. It's evidence that policymakers — and even consumers — are starting to balance the value of food against the environmental cost of producing it.