Accessibility links
In The Midst Of Libya's Turmoil, New Cafes Spring Up To 'Change The Mood' : The Salt Logically, it's not the right time to open up shop in Tripoli. But entrepreneurs aren't only investing in their businesses, they're buying into a new way of life. 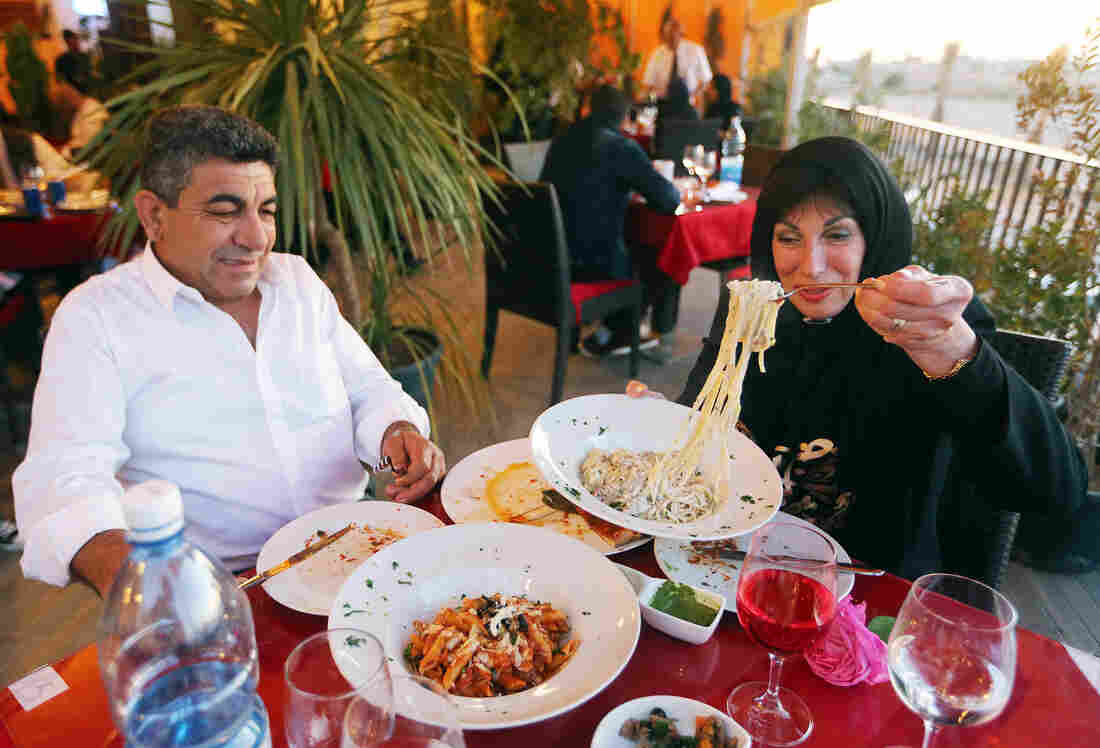 Libyans are wary, but are enjoying a bit of normalcy at the new cafes that have sprung up in the past few months. Mahmud Turkia/AFP/Getty Images hide caption 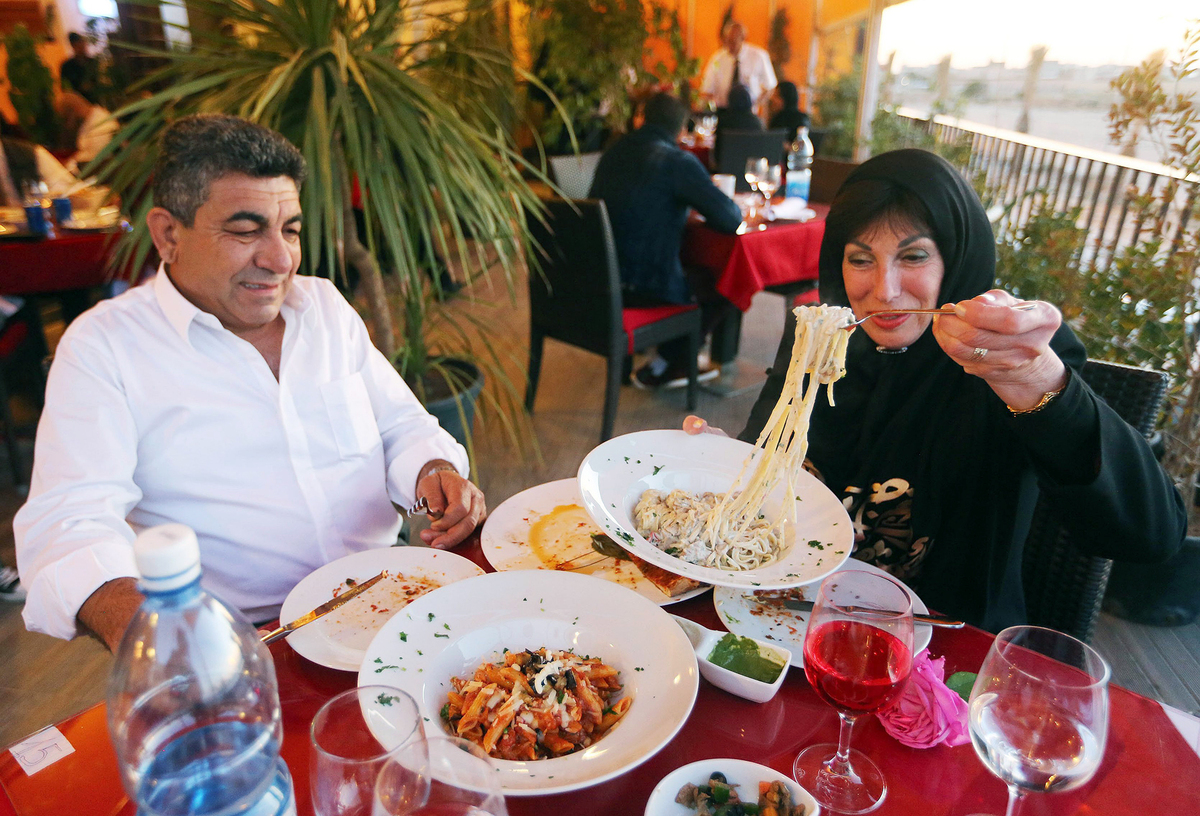 Libyans are wary, but are enjoying a bit of normalcy at the new cafes that have sprung up in the past few months.

In the best of times, opening a new restaurant is risky. But doing it in Libya – where political conflict and economic crisis have reigned since dictator Moammar Gadhafi was toppled in 2011 — takes true courage.

Yet, the ongoing instability in Libya is exactly why Abdelmuttaleb Twigiri has set up shop in the capital city of Tripoli. In April, he opened his Toucan restaurant, which he calls a "piece of heaven" with stunning views of the Mediterranean. Diners are surrounded by greenery and look out at date palms planted to replace a wall built by Gadhafi's sons to block access to the beach. The menu offers a mix of Italian and Lebanese dishes. 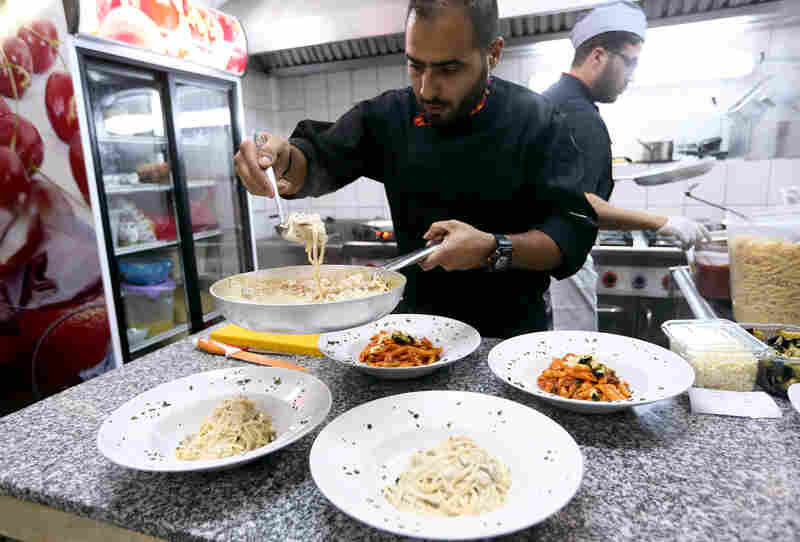 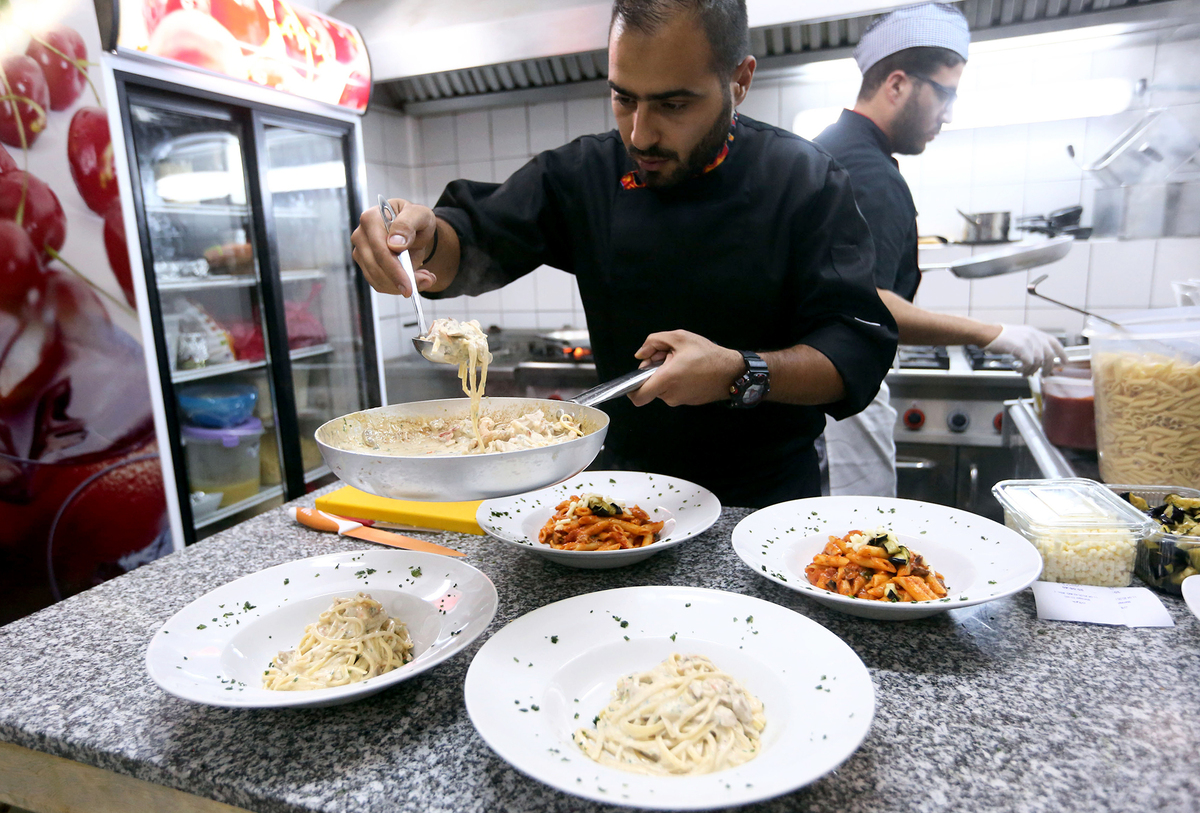 Twigiri says people need places like his "to change the mood, the way of life. People want to go out. They want to dress up, they need to live," he tells Morning Edition host Renee Montagne.

His eatery is one of several that have recently sprung up in Libya's capital along a nine-mile stretch of road that links multiple neighborhoods. It's a bid for a bit of normalcy among the chaotic backdrop of violence and political volatility.

"Logically, it's not the right time to invest," Twigiri acknowledges. "But when we invest as business people, we don't invest just for ourselves. ... I will buy from the butcher, I will buy vegetables. At least 30 families will live from this business."

Twigiri tried to start a Greek restaurant in 2009, but 10 days before it opened, "Gadhafi, they took it from me, so I fight. ... And seven years later, I open another one and I make my dream to open a restaurant in front of the sea. And I made it."

Since April, a UN-backed unity government has been gradually trying to assume control over Libya, after a rival administration dissolved itself amid years of factional fighting. New entrepreneurs are hoping the unity government can diffuse some of the chaos, particularly as more extremists groups – including the Islamic State – seek haven in Libya.

"I'm trying to give people a place where they sit and enjoy," says Twigiri, who admits that not all of his customers are happy because "they're afraid." But, he says, "I told them, we don't have to wait. We can't know how long we will live."

Favorite dishes include spaghetti with seafood, and penne alfredo with cream, chicken and mushroom. And, of course, many customers enjoy a good cup of strong Italian coffee.

Twigiri is generally optimistic, but unsure, about the future of his country. "I do not think it will get worse," he says, "but it's not going to be finished soon. The Gadhafi regime was 42 years — it's a generation, you know. So it needs time to change."