Accessibility links
Why One Startup Is Offering Meals Made By Home Cooks And Middle-Schoolers : The Salt Young people are looking for new takes on fast food. Enter Josephine, a company that connects home chefs in the San Francisco area with folks in their neighborhood who are hungry for a good meal. 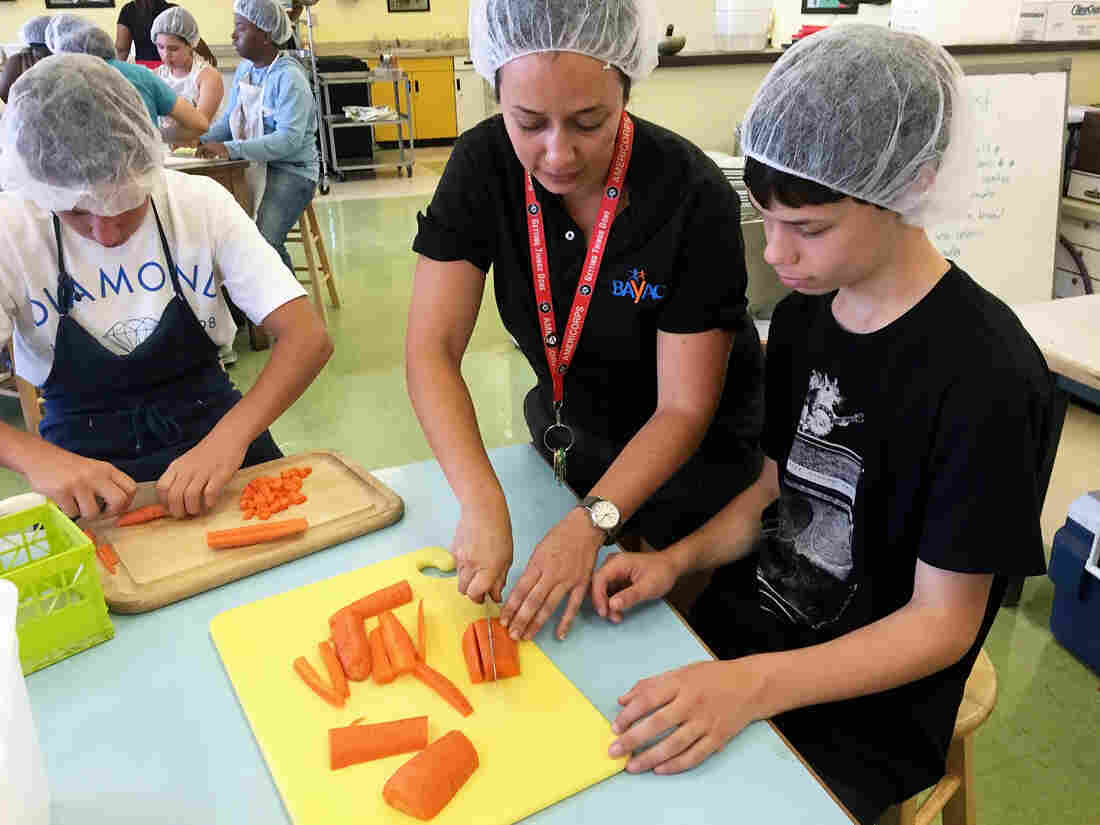 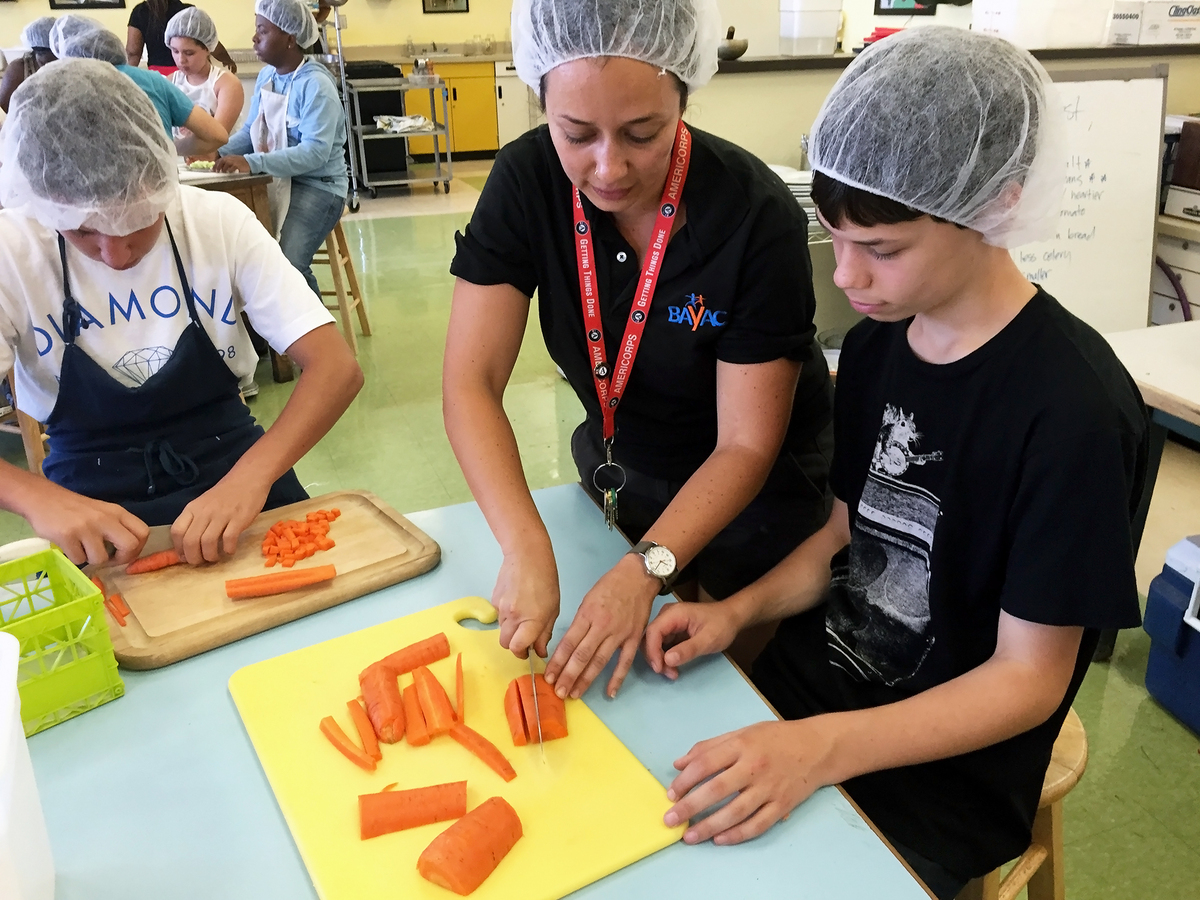 Willard Middle School students chop carrots for a meal they will sell through Josephine.

We're facing a kind of food revolution, and my generation is driving it.

Not so long ago, when fast-food giants reigned supreme, takeout meant cheap, quick, greasy meals. But a recent Goldman Sachs report found that people under 35 are now demanding food that's fresh and healthful — as well as fast.

Wang is co-founder of Josephine, an Oakland. Calif.-based startup that connects home chefs in the San Francisco Bay Area looking to break into the food marketplace with folks in their neighborhood who are hungry for a good meal.

Customers can go to Josephine's website, choose from an array of home-cooked options, pay online and pick up dinner within minutes of placing their order.

"So it's convenient, says Renee McGhee, 60, who has sold her homemade comfort food on Josephine. "It's like, here's a business in your hand, run with it!"

The company takes 10 percent of cooks' revenue in exchange for access to the online ordering platform, community forum and marketing materials. McGhee's pantry is piled high with paper containers, plastic lids and to-go bags — all provided by Josephine. 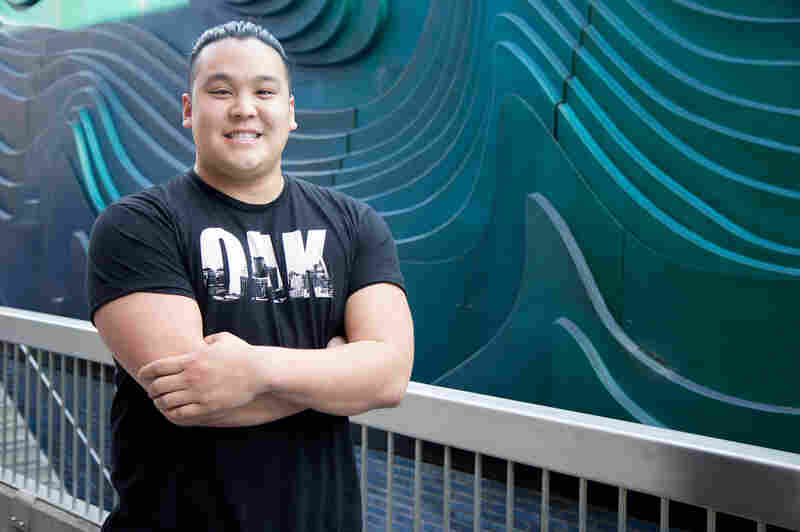 Most of the cooks on Josephine, like McGhee, operate out of their home kitchens. But the company's most popular meals come from an unexpected place: a middle-school campus.

Willard Middle School in Berkeley, Calif., is in its second year of partnering with Josephine to make and sell hundreds of meals every month — with some adult supervision. The student-run operation sells about 200 meals on one designated day each month; in the week leading up to that day, you'll see teachers preparing giant piles of vegetables from the school garden to be chopped by 12- and 13-year-olds.

The partnership is a win-win. Josephine gets the kind of community credibility consumers want, while the school gets a cool learning opportunity and a much-needed source of ongoing funding. The scheme has also taught Willard students a lot about the food business.

The first massive meal the students made for Josephine customers definitely didn't go as planned, recalls 13-year-old Willard student Fae Rauber. "We had rice we were making, and it all didn't work," she says. The students weren't used to making rice on that scale and discovered shortly before mealtime that the batch didn't cook properly and was inedible. "So we had to go and buy rice, like half an hour before people started coming."

But despite mishaps, last school year Josephine's partnership brought the school more than $30,000 in revenue and accounted for 25 percent of Josephine's new customers.

Like other companies that are part of the so-called sharing economy, Josephine's business model has put it at odds with industry regulators. Last month, the city of Berkeley's Environmental Health Division sent several Josephine cooks — including McGhee — cease and desist orders for selling meals from their homes without a permit.

"The issue really is about food safety and being able to inspect how food is prepared," said Matthai Chakko, a spokesman for the city of Berkeley. He says it's not safe to buy food made in home kitchens because they aren't inspected and usually don't have the equipment you need to make food safely in mass quantities. 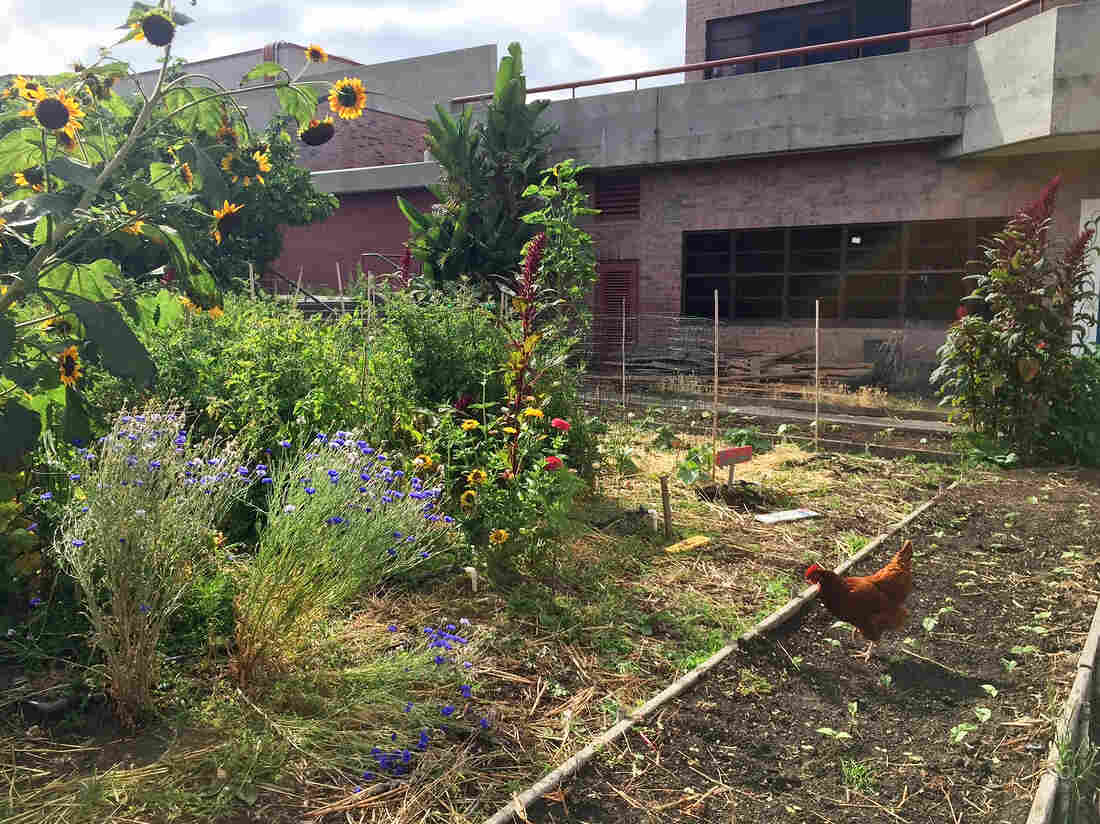 Luckily, the kids at Willard Middle School have access to commercial-grade kitchens that have the necessary permits — so they're still in business. And the company says it is pushing to change California's law regarding who can make and sell food.

"People were happy and pleased to come here and get their meals, and I think that's their right," McGhee says.

But actually delivering on what makes consumers happy is something the on-demand food industry is still figuring out. With pioneers like SpoonRocket, a startup that made and delivered inexpensive meals in about 10 minutes, going out of business, and other companies trying to stir up more regular use of their services by discounting meals and charging monthly membership fees, it seems that entrepreneurs are still working on getting the recipe right.

This story was produced by Youth Radio as part of its series Fast Food Scramble with NPR's Sonari Glinton. Don't forget to check out the map of $5 meals sent in by listeners at YouthRadio.org.