Accessibility links
If Monsanto Disappears, Will It Matter? : The Salt The German-based company Bayer wants to buy Monsanto. It would be the latest in a wave of consolidation among companies that sell seeds and pesticides to farmers.

If Monsanto Disappears, Will It Matter?

If Monsanto Disappears, Will It Matter? 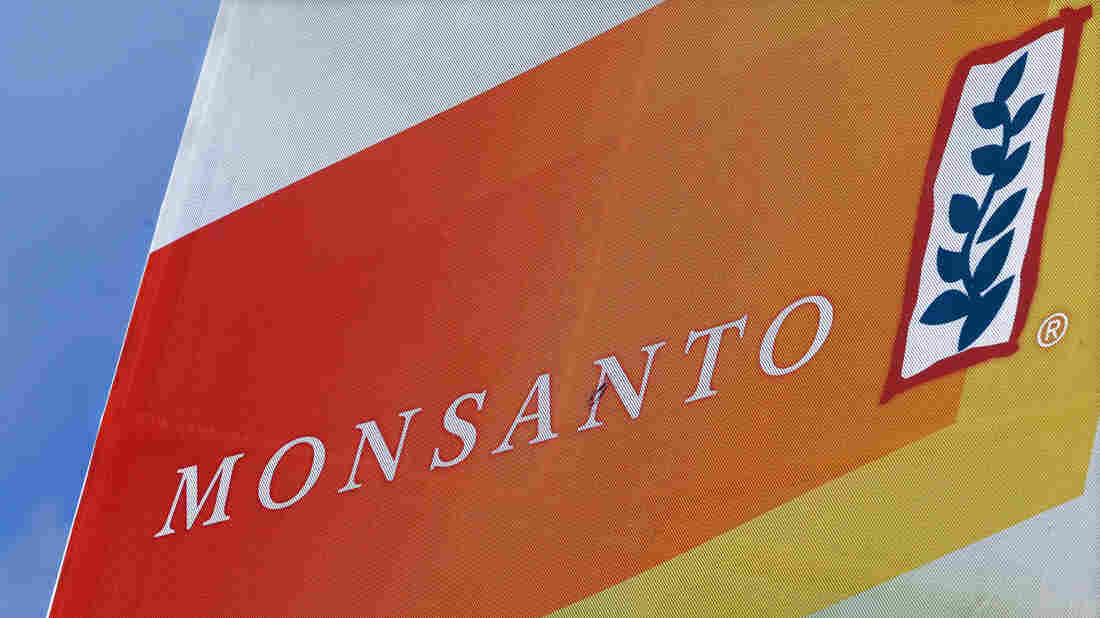 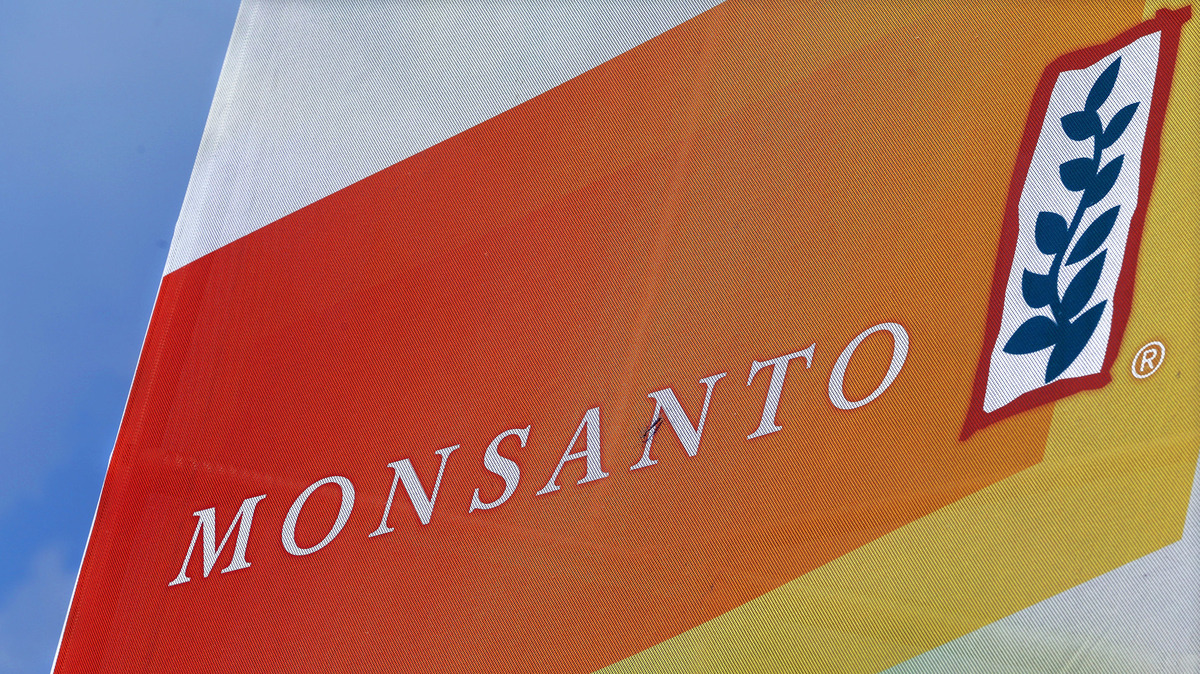 The Monsanto logo is seen at the Farm Progress Show in Decatur, Ill., last year. German drug and chemicals company Bayer AG confirmed Thursday that it has entered talks to buy Monsanto.

Later this week, in hundreds of cities around the globe, from Ouagadougou, Burkina Faso, to Lancaster, Pa., protesters will "March Against Monsanto." Will they still march if there's no Monsanto?

This company, which invented genetically engineered crops and turned itself into the world's biggest seller of seeds, has come to represent, in a shorthand way, lots of things that some people love to hate: genetically modified food; patents on seeds; lawsuits against farmers for saving and replanting those seeds; and corporate influence over government food policy.

Monsanto has swallowed many other companies — especially seed companies — over the years, which helped build its fearsome reputation.

Now, however, comes news that Monsanto might go from swallower to swallowee. Bayer, a German-based company that's probably best known as the inventor of aspirin, has offered to buy Monsanto for $42 billion. Bayer is a much bigger company than Monsanto because it also owns large divisions that make pharmaceuticals and industrial chemicals.

The proposed deal faces big obstacles. Bayer's stock dropped by 8 percent on the news. Shareholders evidently weren't happy about the idea of taking on a load of debt to finance the deal. Monsanto may also be unhappy. One analyst called Bayer's offer "insulting" and predicted that Monsanto's owners would demand a much higher price.

Still, it's interesting to contemplate the potential impact, if the deal went through. In raw business terms, it would continue a dramatic wave of consolidation among the companies that sell seeds and pesticides to farmers. Two other such deals are currently in the works. DuPont is merging with Dow, and the China National Chemical Corp. is buying Syngenta, which is currently the world's biggest seller of agricultural chemicals.

Bayer is a much bigger player in the pesticide business, which has landed it in controversy of its own. It is the biggest seller of neonicotinoid insecticides, which are applied as seed treatments on corn and soybeans, and have been blamed for harming bees.

But the most fascinating aspect of the deal might be its political and social impact. The name Monsanto would probably disappear. Suddenly, the leading seller of GMOs would be European, rather than American. Would that matter? It's hard to say, but it seems possible.

Years ago, when I was doing research for my book about the origins of GMOs, some Monsanto executives told me their theory for why so many Europeans opposed GMOs. The resistance to Monsanto's technology, they told me, was secretly supported by Europe's big pesticide companies, who felt threatened by biotechnology's potential to replace pesticides in agriculture.

I never believed that theory. But there certainly was plenty of animosity, over the years, between Monsanto and its European competitors. It would be a striking twist of fate if Bayer, one of those European chemical giants, ended up buying Monsanto.