Accessibility links
An 'Added Sugar' Label Is On The Way For Packaged Food : The Salt The Food and Drug Administration has brushed aside industry objections and will require food labels to disclose how much sugar has been added to packaged food. 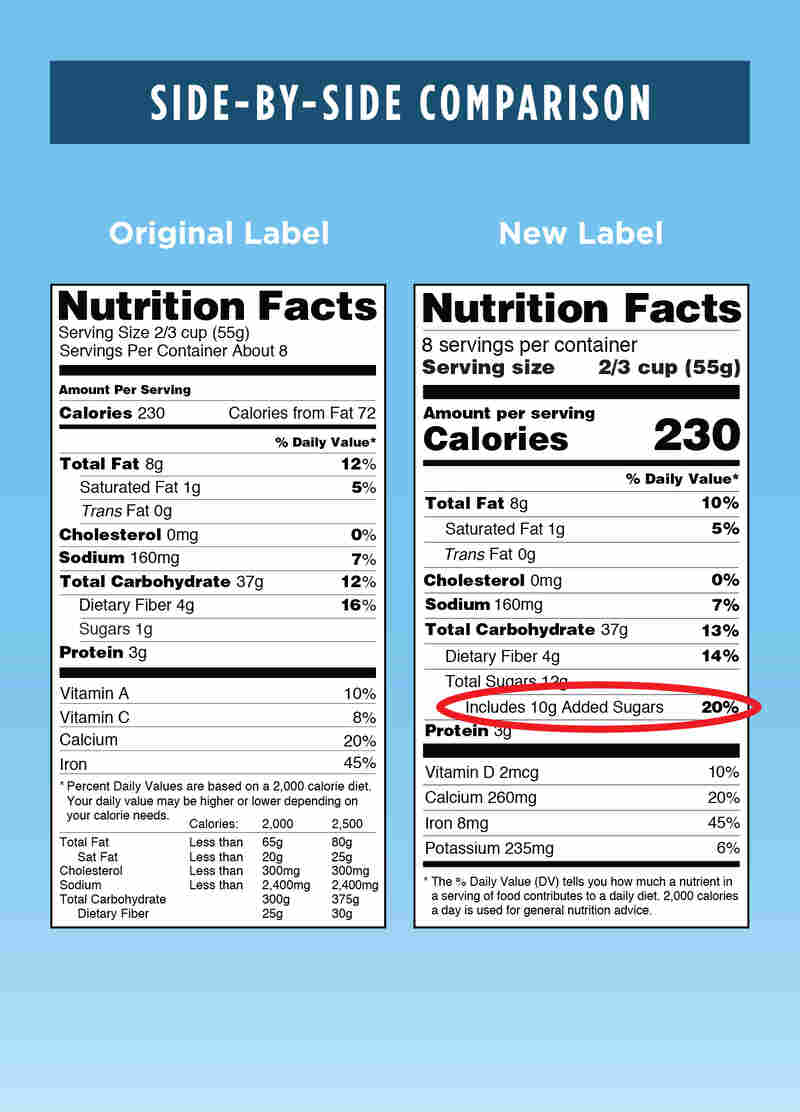 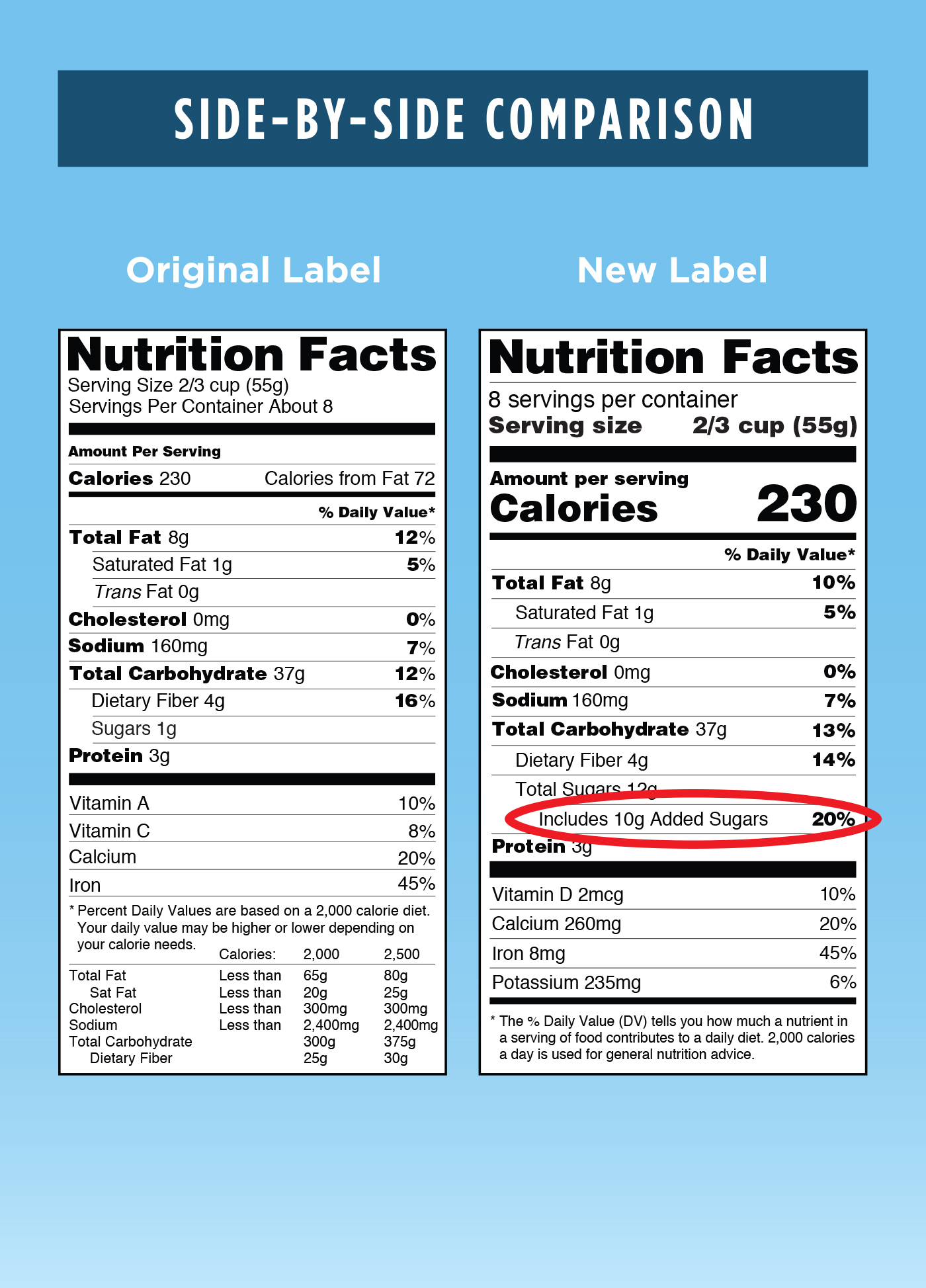 The new, redesigned "Nutrition Facts" label is coming. The Food and Drug Administration has announced that the new label will be required on most packaged food by July 2018.

The big change: The label will have a separate line showing how much sugar has been added to each food. The amount of "added sugar" will be expressed in grams and as a percentage of a "Daily Value" — an amount of sugar consumption that nutritionists think would be reasonable as part of a daily 2,000-calorie diet. The label also will display calories per serving, and serving size, more prominently.

As one example, a 20-ounce bottle of Coke could show 65 grams of added sugar, representing 130 percent of a recommended daily intake.

Several advocacy groups cheered the FDA's move. Michael Jacobson, founder of the Center for Science in the Public Interest, released a statement saying that the new labels will allow consumers to make more informed choices and "should also spur food manufacturers to add less sugar to their products."

The FDA proposed including "added sugar" on the label last summer, and many food companies, such as General Mills, opposed it. The companies argued that from a health point of view, it doesn't matter whether sugar is added or is already present naturally in ingredients such as fruit. The existing labels already show the amount of total sugars in packaged food, and food manufacturers argued that this already tells consumers what they need to know.

Now that the FDA has made its decision, however, the Grocery Manufacturers Association does not seem interested in continuing the fight. The GMA released a statement welcoming the FDA's revised food label and calling for a "robust consumer education effort" to help explain it.

The Sugar Association, on the other hand, was outraged, calling the FDA's decision a "dangerous precedent that is not grounded in science."

An earlier version of this story incorrectly said the new labels will be required in July. That will actually begin in July 2018.