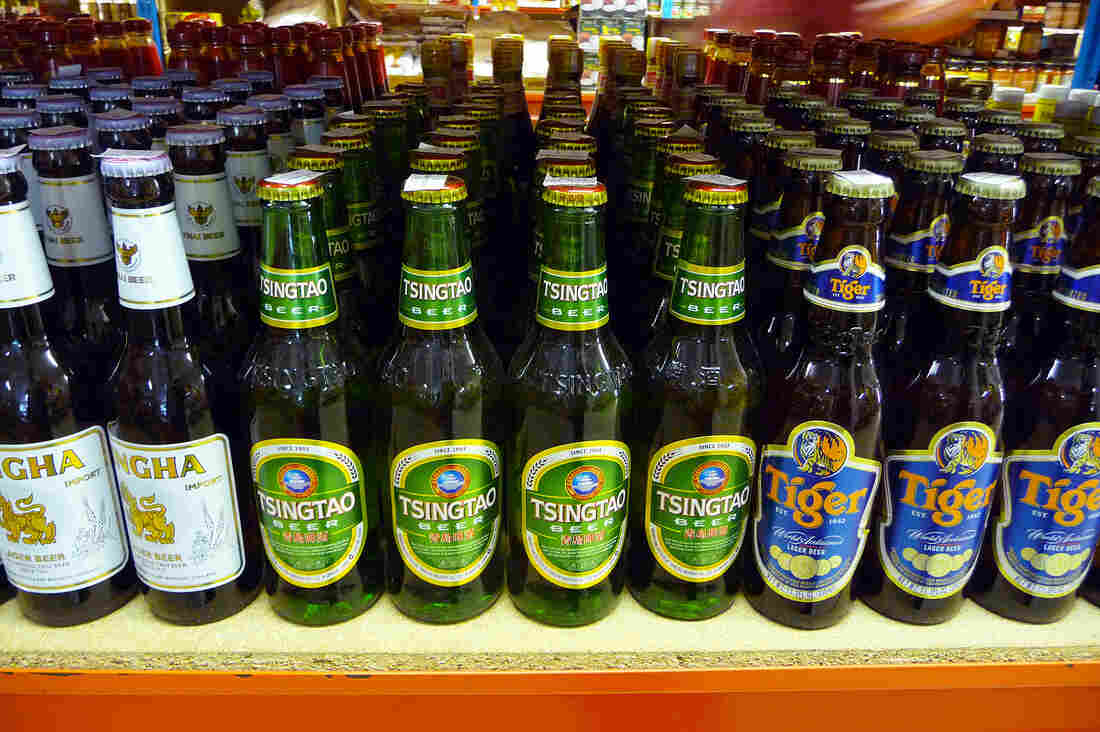 Chinese and other Asian beer brands on display at a supermarket. An ancient brewery discovered in China's Central Plain shows the Chinese were making barley beer with fairly advanced techniques some 5,000 years ago. Chris/Flickr hide caption 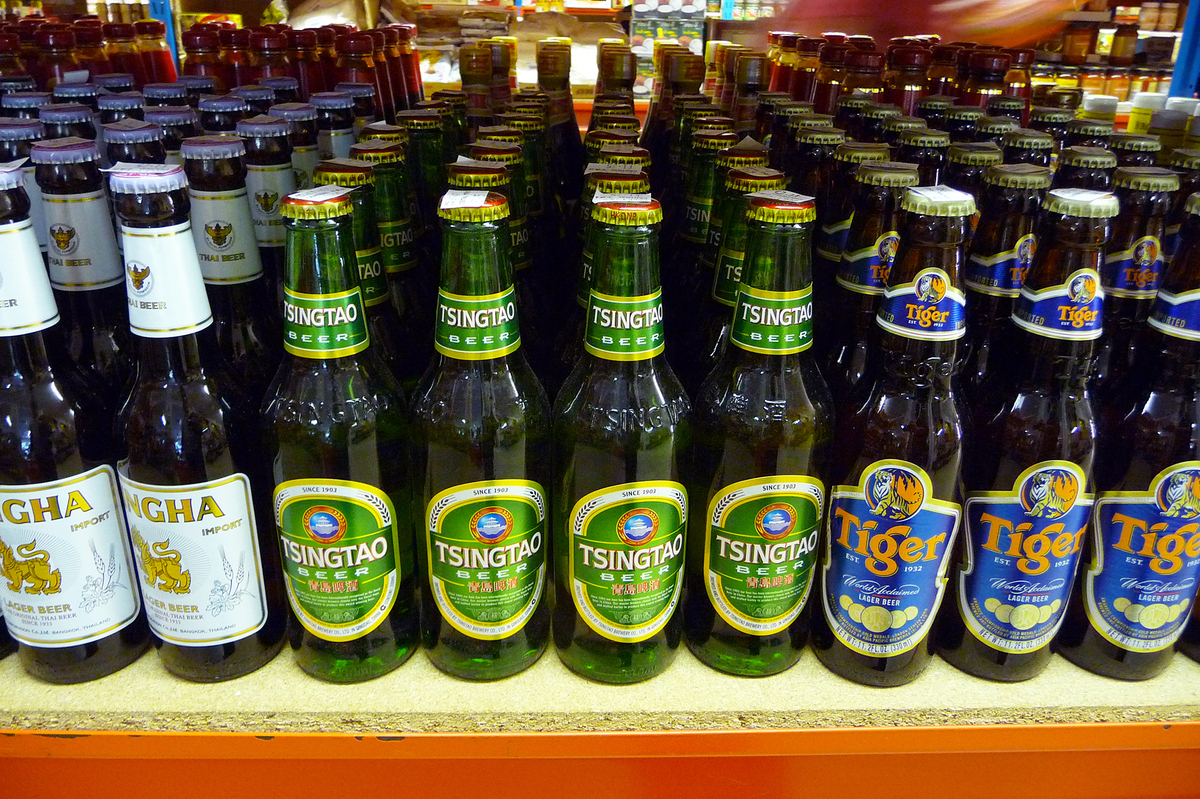 Chinese and other Asian beer brands on display at a supermarket. An ancient brewery discovered in China's Central Plain shows the Chinese were making barley beer with fairly advanced techniques some 5,000 years ago.

A 5,000-year-old brewery has been unearthed in China.

Archaeologists uncovered ancient "beer-making tool kits" in underground rooms built between 3400 and 2900 B.C. Discovered at a dig site in the Central Plain of China, the kits included funnels, pots and specialized jugs. The shapes of the objects suggest they could be used for brewing, filtration and storage.

It's the oldest beer-making facility ever discovered in China — and the evidence indicates that these early brewers were already using specialized tools and advanced beer-making techniques. 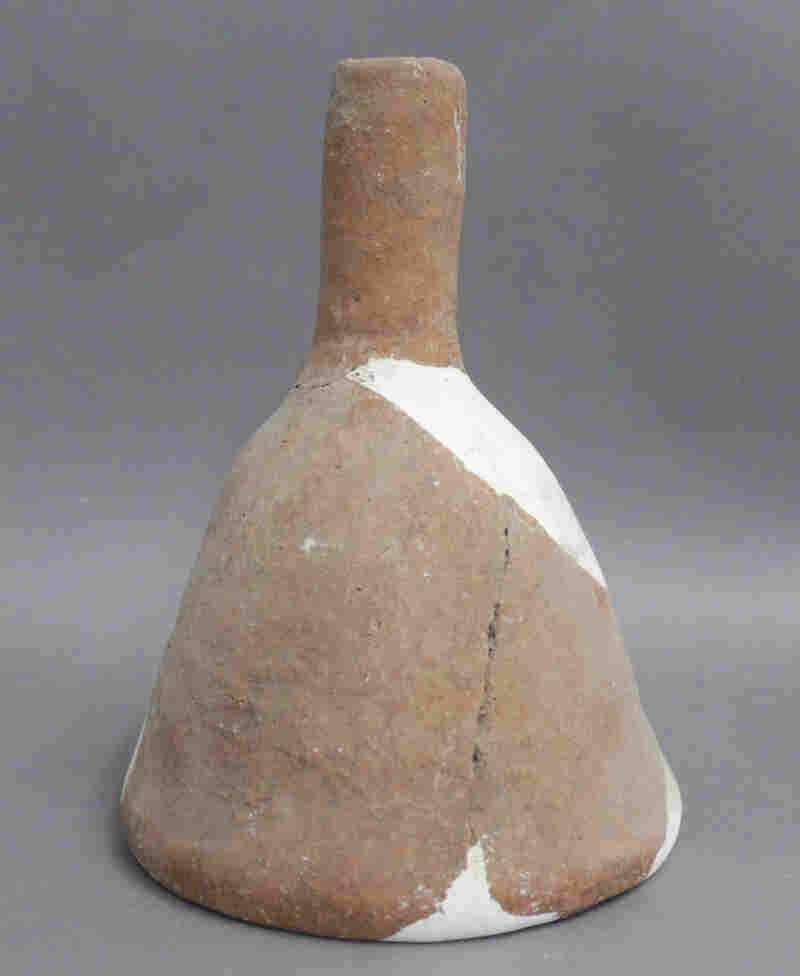 This 5,000-year-old funnel for beer-making was unearthed at a dig site in the Central Plain of China. Courtesy of Jiajing Wang/PNAS hide caption

For instance, the scientists found a pottery stove, which the ancient brewers would have heated to break down carbohydrates to sugar. And the brewery's underground location was important for both storing beer and controlling temperature — too much heat can destroy the enzymes responsible for that carb-to-sugar conversion, explains Patrick McGovern, a biomolecular archaeologist at the University of Pennsylvania Museum in Philadelphia, who was not involved in the current research.

"All indications are that ancient peoples, [including those at this Chinese dig site], applied the same principles and techniques as brewers do today," says McGovern, who is known as the "Indiana Jones" of ancient fermented beverages.

The research group inspected the pots and jugs and found ancient grains that had lingered inside. The grains showed evidence that they had been damaged by malting and mashing, two key steps in beer-making. Residue from inside the uncovered pots and funnels was tested with ion chromatography to find out what the ancient beer was made of. The 5,000-year-old beer "recipe" was published on Monday in the journal Proceedings of the National Academy of Sciences.

The recipe included a mix of fermented grains: broomcorn millet, barley and Job's tears, a chewy Asian grain also known as Chinese pearl barley. The recipe also called for tubers, the starchy and sugary parts of plants, which were added to sweeten and flavor the beer, the researchers write.

So what did this ancient beer taste like? The researcher leading the study, Jiajing Wang, an archaeologist from Stanford University, guessed "it would taste a bit sour and a bit sweet."

Finding evidence of barley in the beer was surprising to the scientists. Scientists had never seen barley in China this early before. Although barley is now common throughout China, no one completely understands when and why it first made its way there. 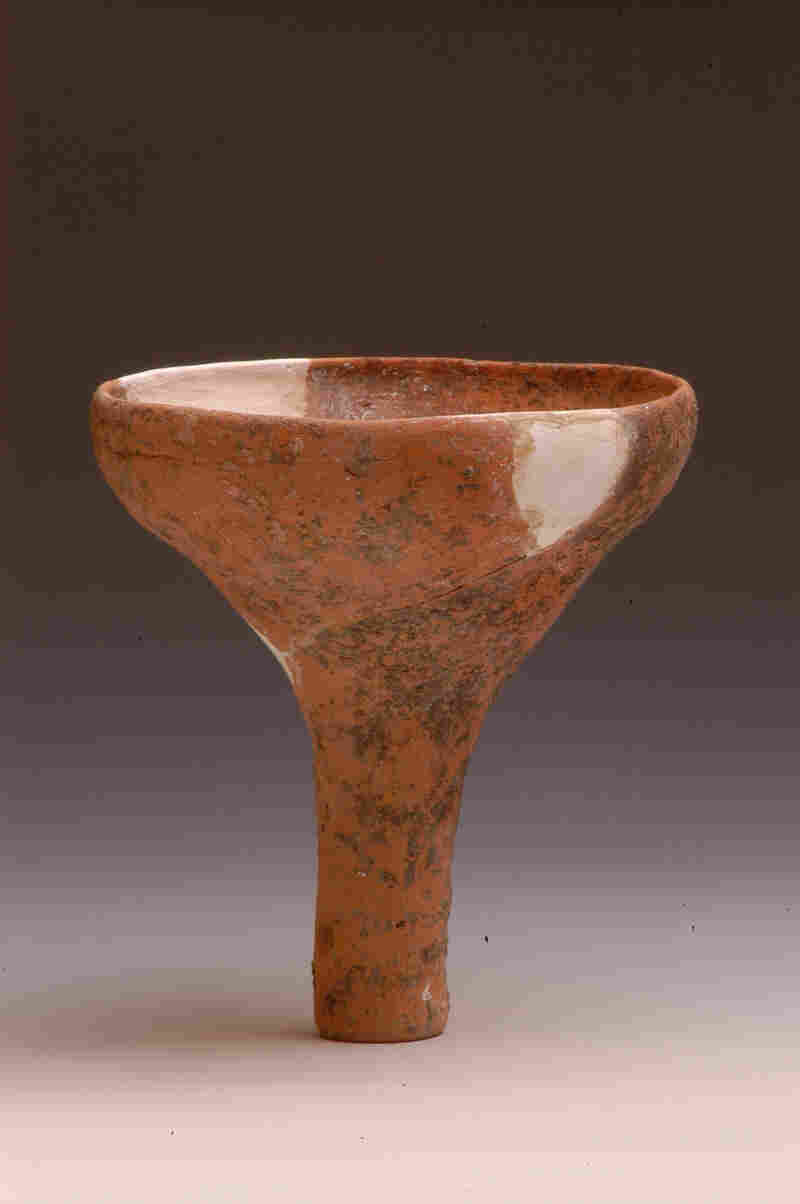 Maybe it was about beer. As Wang tells The Salt in an email: "Barley was one of the main ingredient[s] for beer brewing in other parts of the world, such as ancient Egypt. It is possible that when barley was introduced from Western Eurasia into the Central Plain of China, it came with the knowledge that the crop was a good ingredient for beer brewing. So it was not only the introduction of a new crop, but also the movement of knowledge associated with the crop."

McGovern says the new findings show that the Chinese became brewmasters early on: They were making barley beer in the same period as "the earliest chemically attested barley beer from Iran" and the "earliest beer-mashing facilities in Egypt," as well as "the earliest wine-making facility in Armenia," he writes in an email.

You don't need a scientist to tell you that beer can be an important part of fostering social relationships. (Think happy hour.) Wang and her co-authors propose that beer production and consumption may have helped shaped the hierarchical societies in the Central Plain of China thousands of years ago. As McGovern notes, it would have been "an exotic ingredient" that elites could have used to impress their friends and stay in power — "much like when we serve up that $70,000 bottle of 1982 Pétrus from Bordeaux" today.

A photo caption on this page previously misidentified the beer on display as being Chinese. In fact, the beers shown are brands from China, Thailand and Singapore.