Accessibility links
The Judgment Of Paris: The Blind Taste Test That Decanted The Wine World : The Salt Forty years ago, the top names in French food and wine judged a blind tasting pitting the finest French wines against unknown California bottles. The results revolutionized the wine industry. 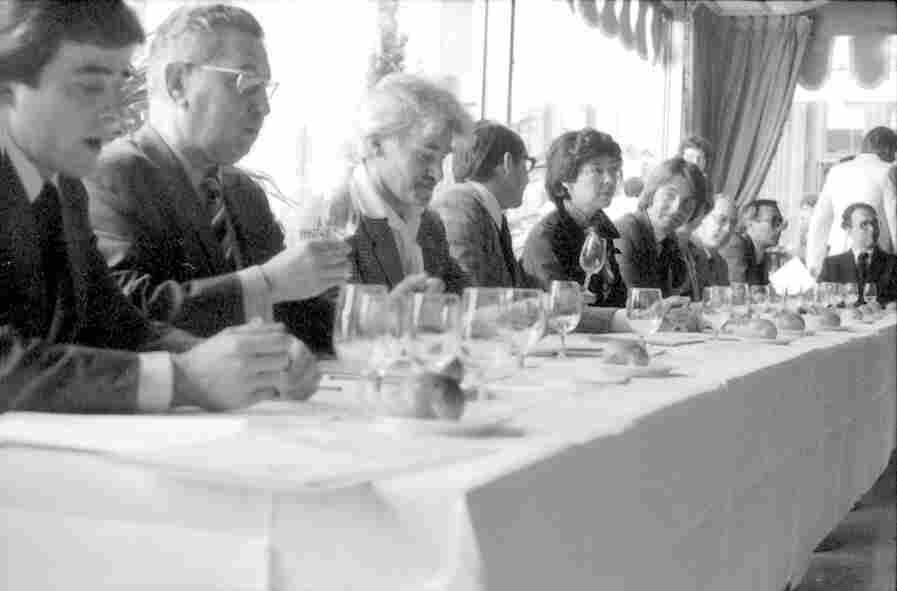 On May 24, 1976, the Judgment of Paris pitted some of the finest wines in France against unknown California bottles in a blind taste test. Nine of the most respected names in French gastronomy sat in judgment. Courtesy of Bella Spurrier hide caption

It was the tasting that revolutionized the wine world.

Forty years ago today, the crème de la crème of the French wine establishment sat in judgment for a blind tasting that pitted some of the finest wines in France against unknown California bottles. Only one journalist bothered to show up — the outcome was considered a foregone conclusion.

"Obviously, the French wines were going to win," says George Taber, who was then a correspondent for Time magazine in Paris. He says everyone thought "it's going to be a nonstory."

Taber did attend, as a favor to the organizers. And he ended up getting the biggest story of his career: To everyone's amazement, the California wines — red and white — beat out their French competitors.

"It turned out to be the most important event, because it broke the myth that only in France could you make great wine. It opened the door for this phenomenon today of the globalization of wine," Taber says.

The Judgment of Paris, as that May 24, 1976, wine tasting has come to be known, began as a publicity stunt. Steven Spurrier, an Englishman who owned a wine shop in Paris, wanted to drum up business. So, prompted by Patricia Gallagher, his American associate, Spurrier decided to stage a competition that highlighted the new California wines they'd been hearing so much about.

Spurrier tapped nine of the most respected names in French gastronomy for the job. They included sommeliers from the best French restaurants in Paris, the head of a highly regarded French vineyard, and Odette Kahn, the editor of the influential Revue du vin de France (The French Wine Review).

As the sole journalist present, Taber had a lot of access, and he had a list of the order of the wines being served during the tasting. The judges didn't. He watched as they swirled and spat.

At one point, Taber says, a judge — Raymond Oliver, chef and owner of Le Grand Véfour, one of Paris' great restaurants — sampled a white. "And then he smelled it, then he tasted it and he held it up again, [and] he said, "Ah, back to France!" Taber recalls. 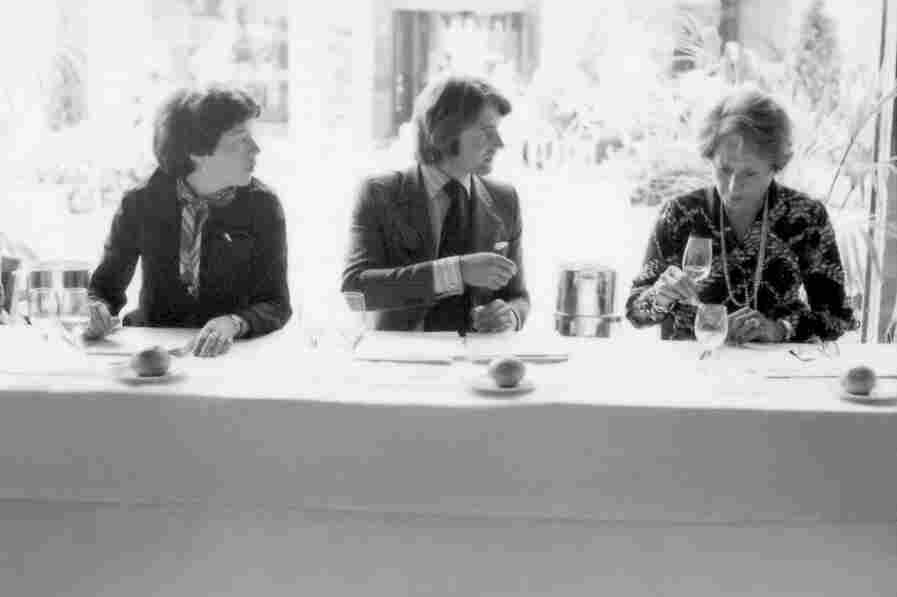 Patricia Gallagher (from left), who first proposed the tasting; wine merchant Steven Spurrier; and influential French wine editor Odette Kahn. After the results were announced, Kahn is said to have demanded her scorecard back. "She wanted to make sure that the world didn't know what her scores were," says George Taber, the only journalist present that day. Courtesy of Bella Spurrier hide caption 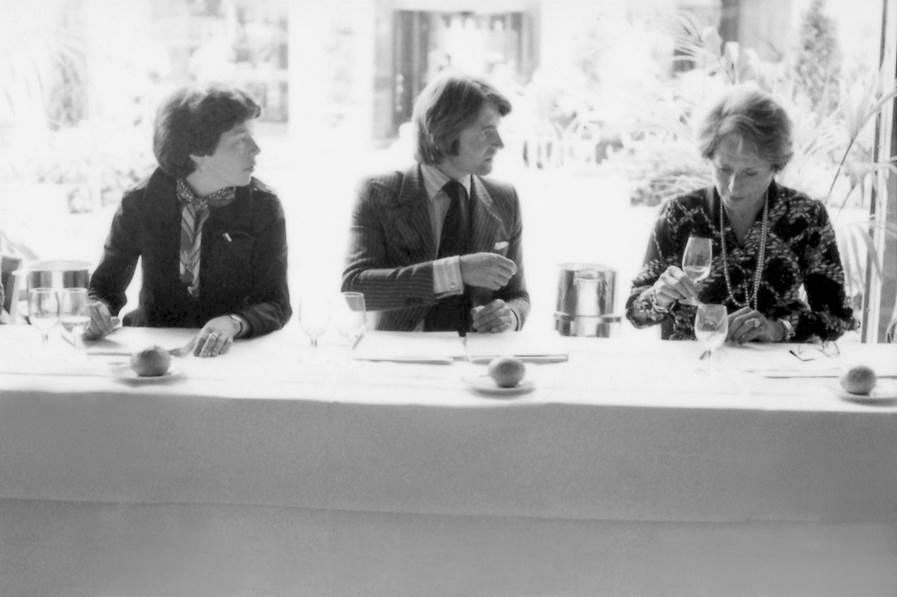 Patricia Gallagher (from left), who first proposed the tasting; wine merchant Steven Spurrier; and influential French wine editor Odette Kahn. After the results were announced, Kahn is said to have demanded her scorecard back. "She wanted to make sure that the world didn't know what her scores were," says George Taber, the only journalist present that day.

Except it was a Napa Valley chardonnay. The judge didn't know that. "But I knew," Taber says. And once he realized what was happening, Taber says, "I thought, hey, maybe I got a story here." Decades later, he penned The Judgment of Paris, an account of that day and its aftermath.

When the scores were tallied, the top honors went not to France's best vintners but to a California white and red — the 1973 chardonnay from Chateau Montelena and the 1973 cabernet sauvignon from Stag's Leap Wine Cellars. (A bottle of each now resides at the Smithsonian's National Museum of American History.)

Taber says the results shocked everyone. When it was over, Kahn unsuccessfully demanded her scorecard back — according to Taber, "she wanted to make sure that the world didn't know what her scores were."

Wine writer David White says the tasting was a major turning point for the industry. "The 1976 judgment totally changed the game," says White, who runs the popular wine blog Terroirist and is the author of the forthcoming book But First, Champagne: A Modern Guide to the World's Favorite Wine.

While winemaker Robert Mondavi played a major role in making California the wine powerhouse it is today, the Paris tasting was equally influential, White says. As the late Jim Barrett, part owner of Napa Valley's Chateau Montelena, told Taber back in 1976, the results were "not bad for kids from the sticks."

And it wasn't just California that was transformed. The results "gave winemakers everywhere a reason to believe that they too could take on the greatest wines in the world," White says.

In the aftermath of the tasting, new vineyards bloomed around the U.S. (think Oregon, Washington and Virginia) and the world — from Argentina to Australia.

The Judgment of Paris prompted the world's winemakers to start sharing and comparing in a way they hadn't done before, says Warren Winiarski, the Polish-American founder of Stag's Leap, whose cabernet sauvignon took top honors among the reds in Paris.

As a result, he said at a recent Smithsonian event in honor of that long-ago tasting, "the wines of the world are better, the wines of France are better."

Which means the world's wine lovers were the real winners that day.