Accessibility links
What Is The Meaning Behind The Moo? : The Salt Researchers are trying to figure out what cows are saying to each other — and us. Often, it seems that cows moo to communicate that something is wrong, or different.

What Is The Meaning Behind The Moo?

What Is The Meaning Behind The Moo? 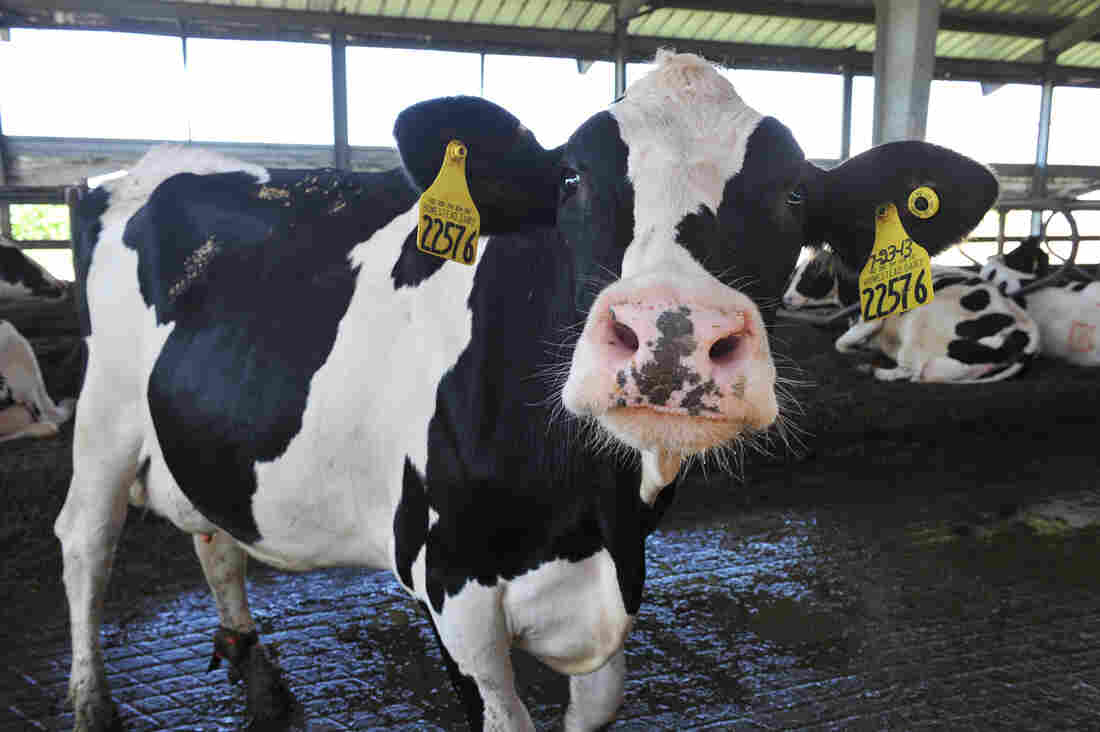 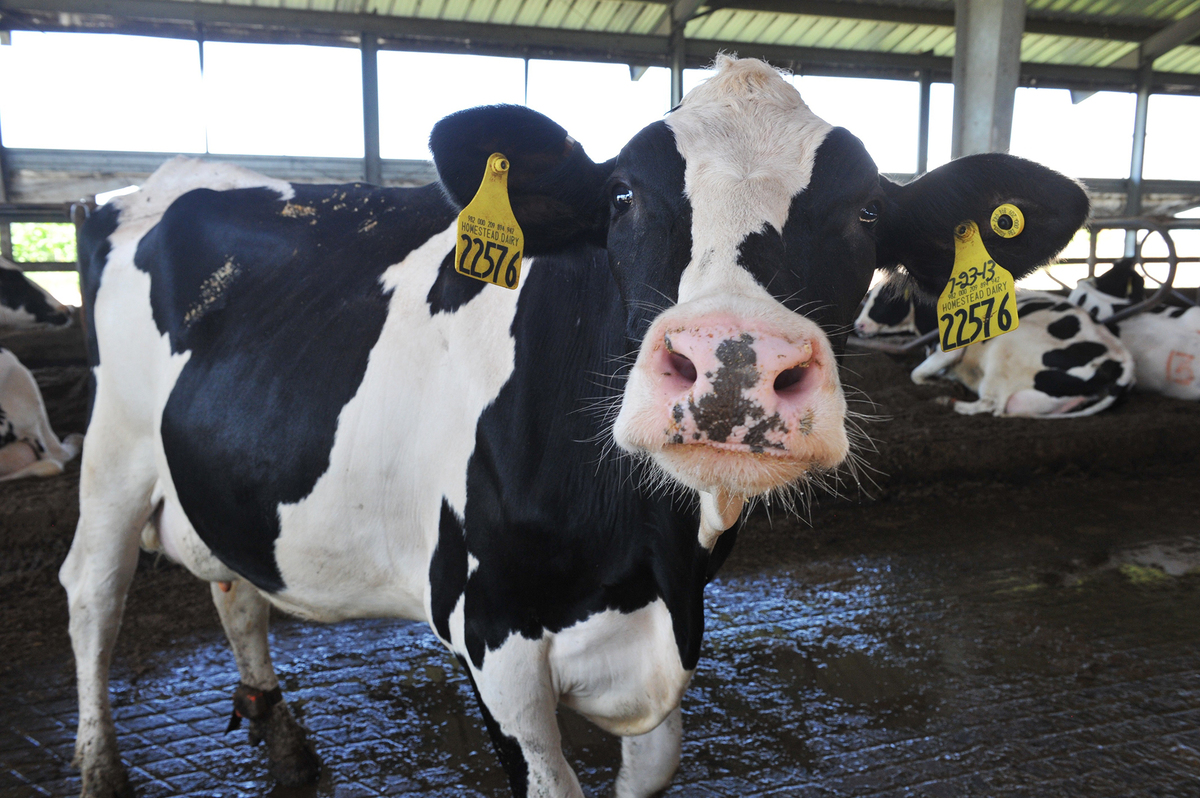 Whenever I'm out reporting in the field, I can tell many ranchers have a powerful connection with their cattle — it seems they can almost understand them. But researchers today are digging deeper to figure out exactly what cows are saying — and how they communicate through their moos.

I drove out to the research farm at the University of Missouri to ask cattle geneticist Jared Decker to share his expert insights.

"I can't translate cow moos into English," he says. "But there are certain times when you can tell when the cattle are communicating with one another."

In his experience, these are some meanings of the moo:

They are trying to find their friends.

When cows change environments, like moving from one farm to another, they will moo to try to connect with their friends as they figure out their new surroundings. Decker said it's like going to the school cafeteria after you've just left a classroom. When you enter the cafeteria, you look for your friends. Cows do the same thing when they disembark at a new location.

They want to make calves.

These moos are the pickup lines of the cattle world. Bulls and cows let each other know that they are ready to, in the words of Marvin Gaye, get it on.

They've lost their calf or their mother.

Researcher Monica Padilla de la Torre and her team looked at communication between cows and their offspring. When mama cows were separated from their calves, they made a louder, higher-pitched call. When their calves were close, their calls registered at a lower frequency, suggesting that higher-pitched calls are meant to alert calves that they are being missed.

The calves themselves made a distinct moo when they wanted milk but couldn't find their mothers.

This call can be directed toward the farmer. It's time for some hay or grain!

They need to be milked.

These moos can let the farmer know that it's time for a helping hand.

They are stressed out.

Maybe it's too hot or maybe they are caught in a fence. Decker says he has noticed a higher-pitched, more frequent moo when cows are dealing with these issues.

There is a flip side to this. One of my biggest problems as a radio reporter: cows not mooing when I'm trying to collect audio for my stories. Decker says that's because happy cows don't need to moo. 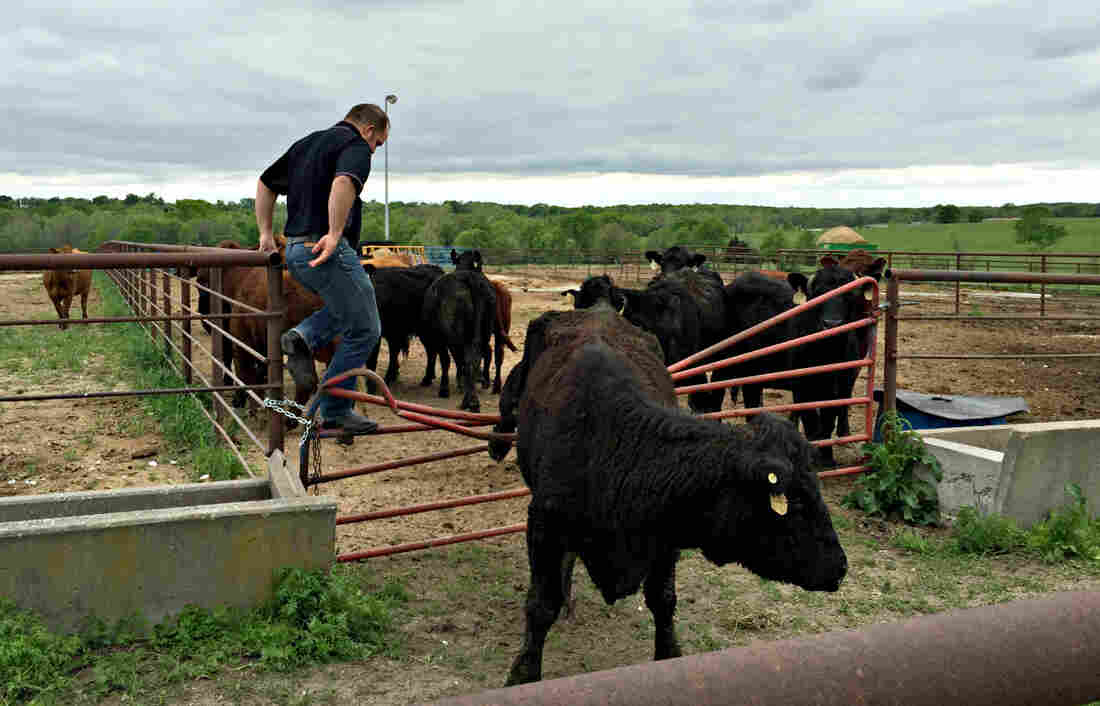 Cows often moo when they're stressed out, Decker says — it may be that they're caught in a fence or they're too hot. Kristofor Husted/Harvest Public Media hide caption 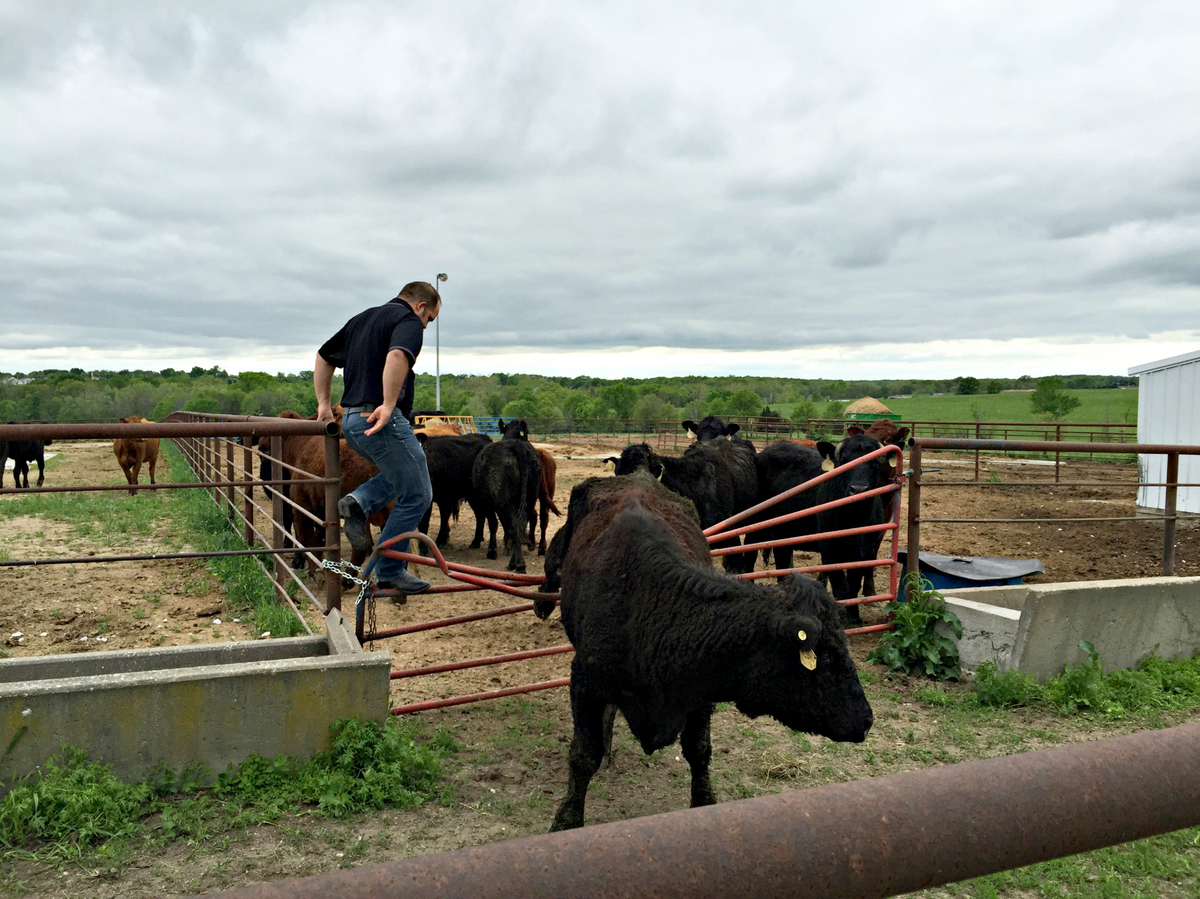 Cows often moo when they're stressed out, Decker says — it may be that they're caught in a fence or they're too hot.

So whether they're at the University of Missouri or Old MacDonald's farm, cows do seem to moo in order to communicate. And that moo may actually mean something specific.