Accessibility links
Why We Don't Know How Many Workers Are Injured At Slaughterhouses : The Salt Injuries in the meat industry are likely to be underreported, a new GAO report finds. Workers may be sent back to the line without seeing a doctor, or may not report out of fear of losing their jobs. 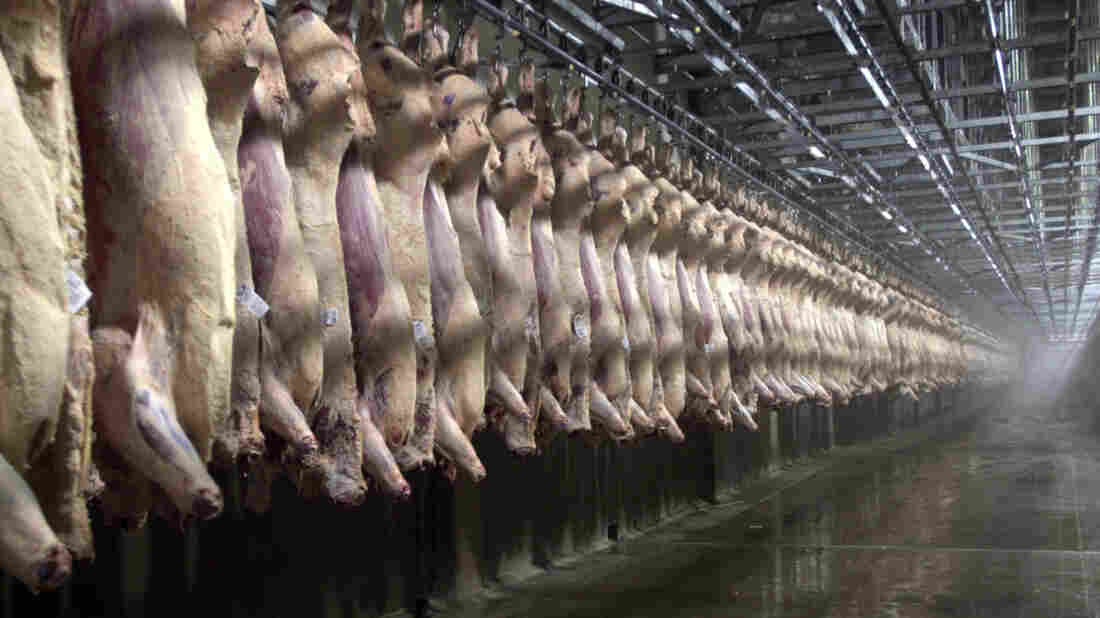 Beef sides hang in a chilling room at a slaughterhouse in Nebraska. Nati Harnik/AP hide caption 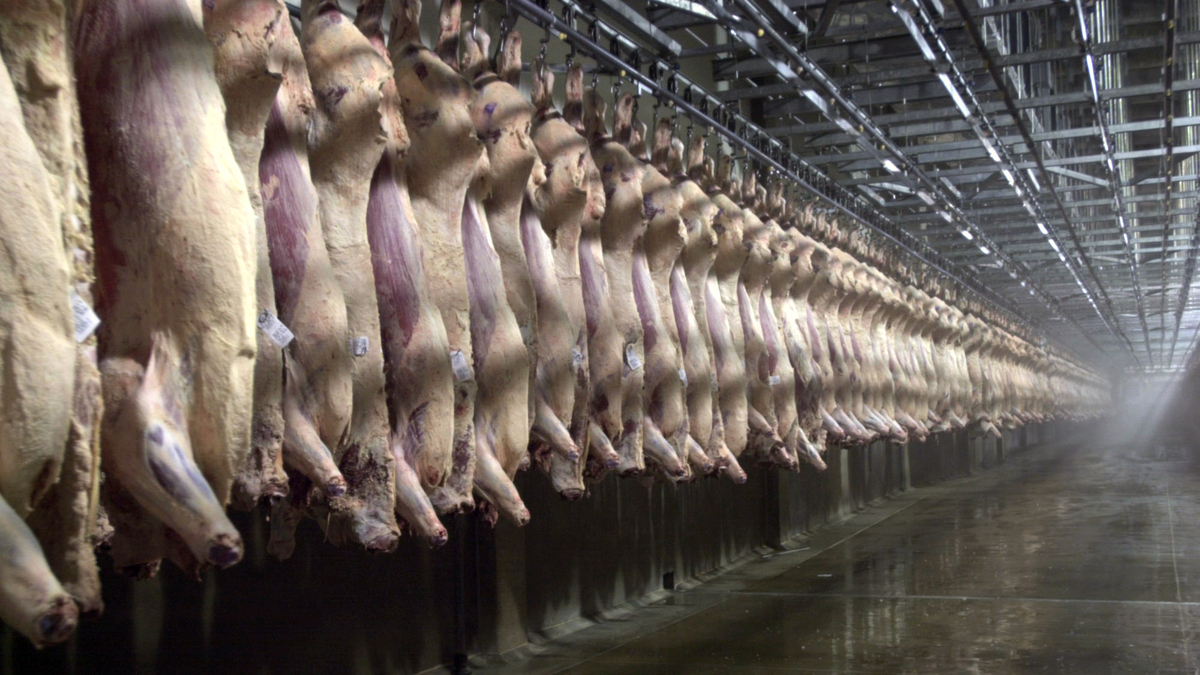 Beef sides hang in a chilling room at a slaughterhouse in Nebraska.

A slaughterhouse is a safer place to work than it used to be, according to a new government report. But data gathered by federal regulators doesn't likely capture all the risks faced by meat and poultry workers.

In an update to a 2005 report criticizing safety conditions for workers in the meat industry, the Government Accountability Office says injuries and illnesses are still common. From 2004 to 2013, 151 meat and poultry workers died from injuries sustained at work. The injury rate for meat workers is higher than the rest of the manufacturing industry.

But injuries in the meat industry are also likely to be underreported.

The GAO found several situations that may keep reported numbers from packing plants lower than reality. Here are some examples:

"These limitations in [the Department of Labor's] data collection raise questions about whether the federal government is doing all it can to collect the data it needs to support worker protection and workplace safety," the GAO report said.

The GAO says safety researchers at the Centers for Disease Control and Prevention should do more to study sanitation worker injuries and regulators should count those injuries alongside those sustained by other meat workers.

Worker advocates say they have long been suspicious of the injury rates reported by meat companies. For instance, a recent study at a Maryland poultry plant by the National Institute for Occupational Safety and Health (NIOSH) found that one-third of workers had injuries that meet the definition of carpal tunnel, but only a handful of injuries had been reported to OSHA.

When injuries aren't reported and treated, advocates say, they get worse.

"It has profound consequences for the workers," says Celeste Monforton, an occupational health researcher at George Washington University. "Their injuries are exacerbated, some beyond repair."

In recent years, groups like Nebraska Appleseed and the Southern Poverty Law Center have highlighted working conditions that they say continue to put people at risk, such as fast line speeds that can cause repetitive motion injuries. And Oxfam found that poultry workers are often denied mandatory bathroom breaks during the workday. Workers said they ended up wearing adult diapers.

The North American Meat Institute, a trade group, issued a statement defending the meat industry's record on worker safety records. It said that OSHA has reviewed injury recordkeeping and did not find underreporting to be a regular problem at meatpacking facilities. NAMI also said that the rate of reported injuries is at an all-time low.

In an interview before the report was released, NAMI safety director Dan McCausland said the meat industry has made strides in safety over the past few decades.

"If you go back to the late '80s, early '90s — particularly in slaughtering facilities — it was not uncommon to have a third of the employees have an injury significant enough to wind up on the OSHA 300 log every year," McCausland said, referring to the OSHA form used to report workplace injuries. "Now it's down in the 10 percent and below [range]. We have many facilities running 3 percent or less."

McCausland says the industry continues to look for ways to automate packing plants to take some of the load off workers' shoulders.