Accessibility links
To Survive The Bust Cycle, Farmers Go Back To Business-School Basics : The Salt Farming is entering its third year on the bust side of the cycle. Major crop prices are low, while expenses like seed, fertilizer and land remain high. That means getting creative to succeed. 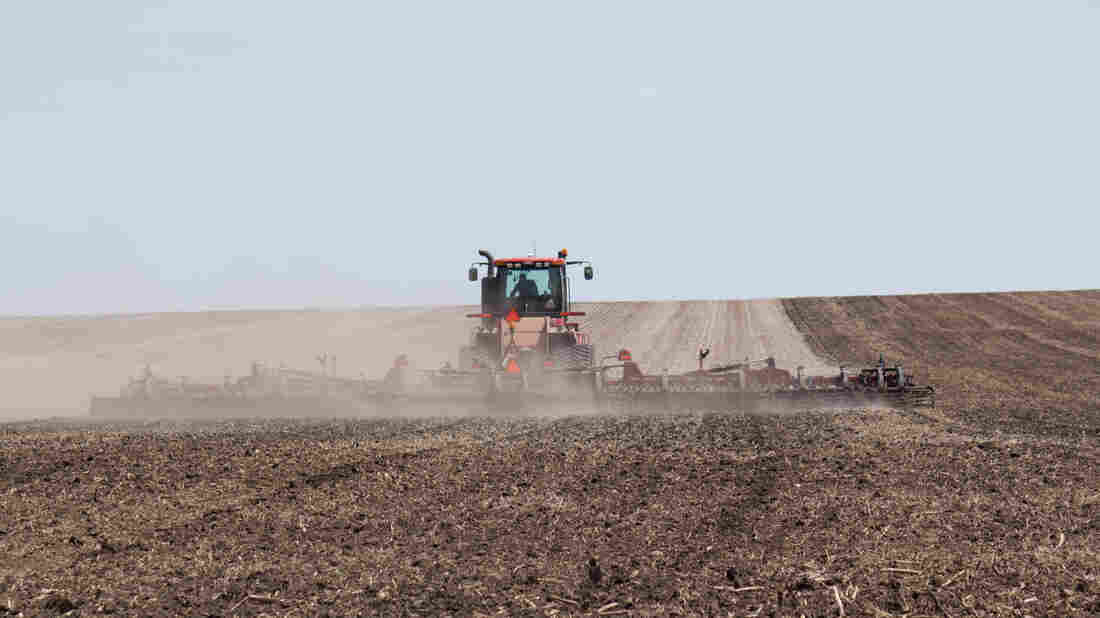 Andrew Heineman's twin brother, Marcus, pulls a cultivator across a different field where they will plant seed corn this year, another alternative they selected when the price of corn started to fall and a new seed corn plant opened up nearby. Amy Mayer/Harvest Public Media hide caption 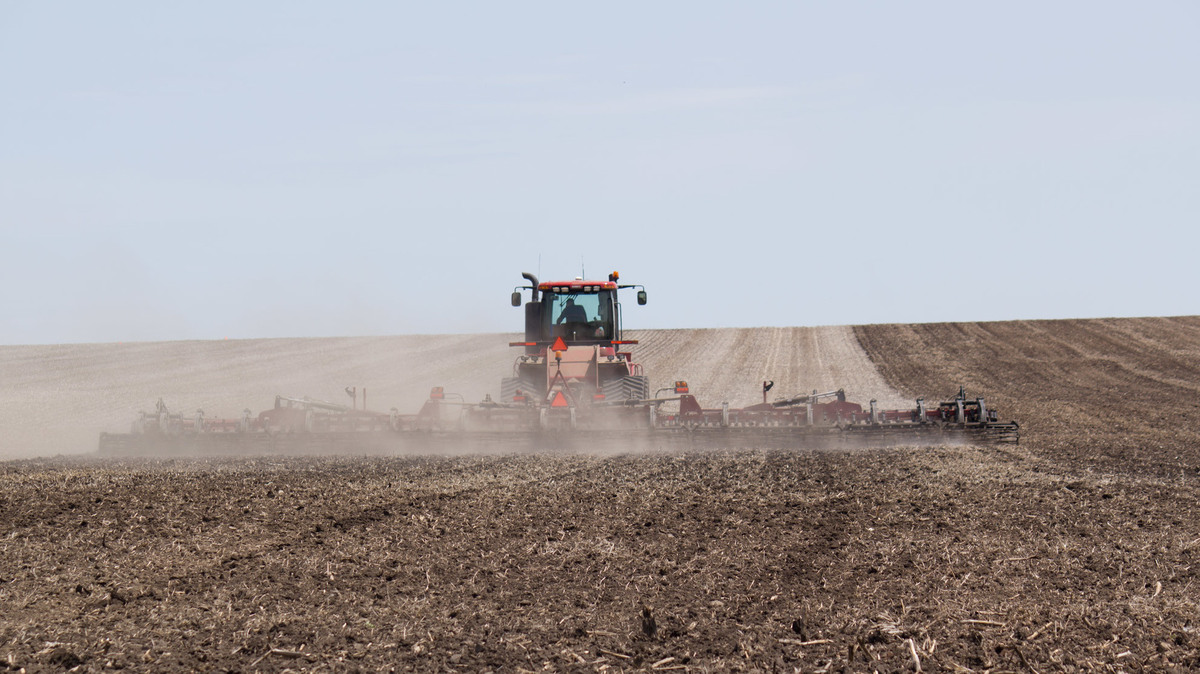 Andrew Heineman's twin brother, Marcus, pulls a cultivator across a different field where they will plant seed corn this year, another alternative they selected when the price of corn started to fall and a new seed corn plant opened up nearby.

After several boom years while the rest of the economy struggled, farming is entering its third year on the bust side of the cycle. Major crop prices are low, while expenses like seed, fertilizer and land remain high. And that means farmers have to get creative to succeed.

Modern crop farms in the Corn Belt are sophisticated businesses. So put aside your notions of bucolic red barns surrounded by a few cows. And pull out your best business school vocabulary, because crops are commodities.

"Every individual acre is a unique production facility," says David Muth. He runs AgSolver, one of many data-driven startups promising to make farms more efficient. Muth compares each acre of a farm to a single store in a chain of coffee shops. Some locations are profitable, others not so much. "The question we like to ask is, would we be satisfied if any one of those individual production facilities is operating at a loss?"

Probably not, he says. So what do you do with the coffee shops that are losing money? Any MBA will tell you, you've got to do two things: Reduce expenses and stop wasting money.

Let's start with the second one. This spring, Andrew Heineman planted about 150 acres of oats on his farm in Boone County, Iowa. It's a crop that hadn't been seen on his family's corn and soybean farm in his lifetime. (He is in his mid-20s.) But, he says, he found out this 150-acre plot "was one of our lower-profit farms, so we're trying to figure out a way to offset some of the stuff from $3 [a bushel] corn."

Oats are a risky crop because Heineman doesn't have an established market or infrastructure for them. But he has lined up several potential buyers, assuming the crop turns out well. And he did the math and ran his idea past Iowa State University Extension agronomist Mark Johnson, who told him that, because there's so little profit to be made in corn this year, it's actually a great time to try something new like oats.

Now, back to the other business-school lesson: Cut costs. After land, seed is the biggest expense on a crop farm. Modern seeds are packed with special traits that protect them from insects or fungus or make them herbicide tolerant. When farmers buy seeds, they can specify which of those added traits they want.

Johnson says in the good years, the extra expense acted like cheap insurance against a bad harvest for farmers. But these days, he says, farmers could cut their seed costs in half if they dropped all the traits. Even buying seeds with fewer traits — for example, just herbicide tolerant but not protected against insects — could result in savings of 20 to 25 percent. "That's still a pretty good chunk of money," Johnson says. We're talking thousands or maybe tens of thousands of dollars in savings.

That's what Ryan Bristle decided to do. He farms about 20 miles southeast of Heineman, and he says "we did reduce some of our traits," though he wouldn't specify which ones. He admits it's "a bit of a gamble."

He's also using a website app that Iowa State has developed. He simply plugs in his location, the expected corn price and the cost of fertilizer to find out just how much to use. Bristle will apply less this year because a small bump in the size of his corn crop wouldn't be enough to pay for the extra fertilizer required. But he's cautious.

"You don't want to [reduce your fertilizer use so low] where it's detrimental to your yield," Bristle says. "Because at the end of the day, yield is still king, and that's what's going to drive your return."

Here's one more savings tip: Make do. Bristle is maneuvering a huge red herbicide sprayer. It's not new: He and his family are repairing rather than replacing equipment. One side benefit of a rough farm economy? Both state and federal officials are seeing increased interest in conservation programs. It's easier for farmers to stomach taking land out of production when they're not going to make much money off those acres anyway. Some conservation programs pay farmers to enroll.