Accessibility links
Venezuela Is Running Out Of Beer Amid Severe Economic Crisis : The Salt The country's largest beer producer, Empresas Polar, halted operations because the government restricted access to imported barley. But the president has pinned the entire food crisis on Polar. 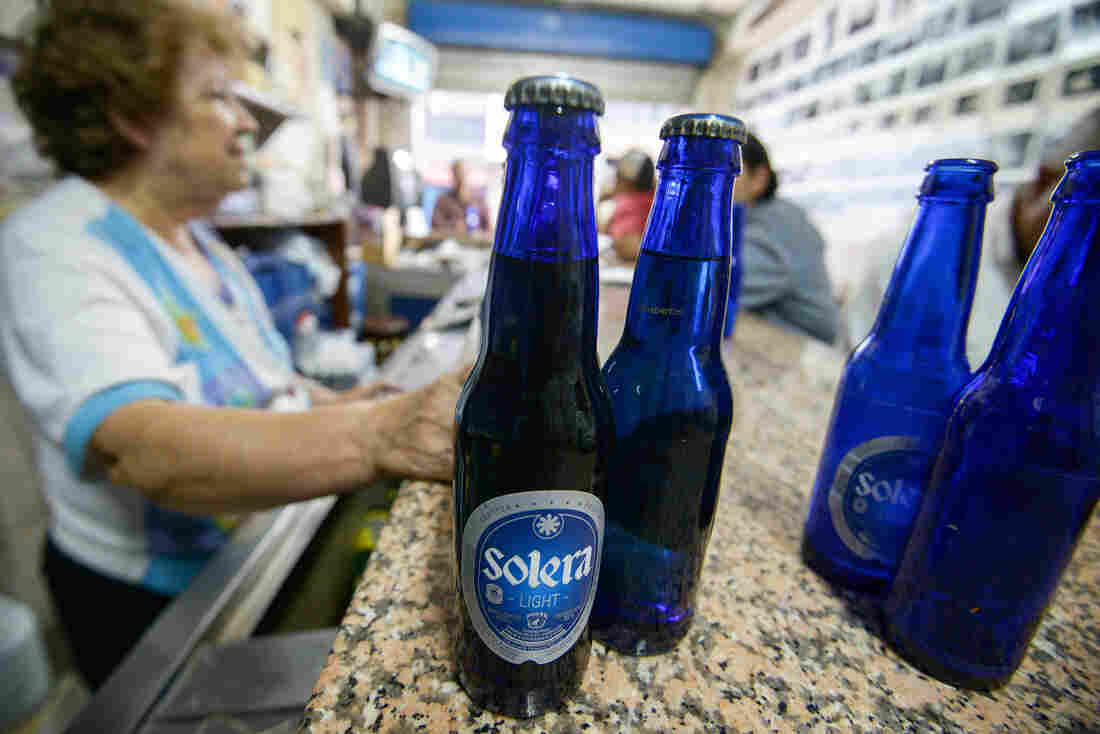 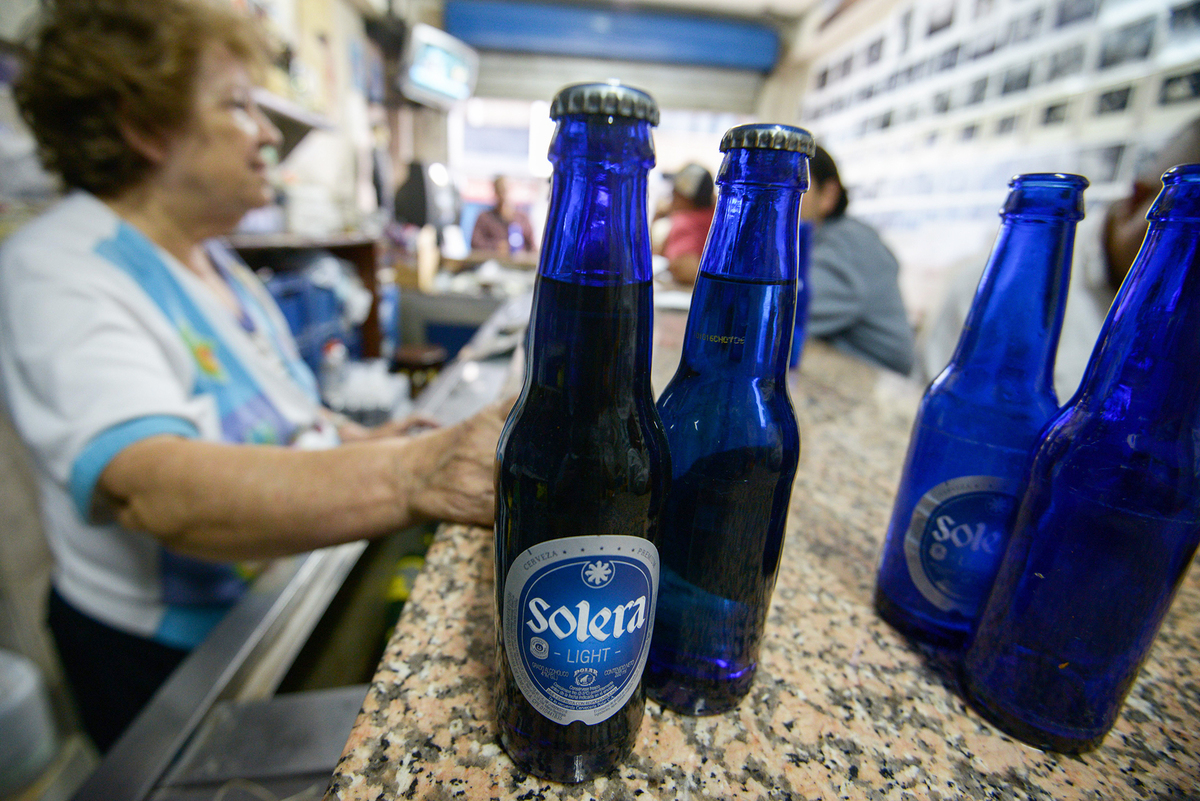 Mendoza is the chief executive of Venezuelan food giant Empresas Polar, which was founded in 1941 and is now the largest private company in this socialist country.

But Polar has come upon tough times. Many of its processing plants are running at half-speed, and thousands of employees have been furloughed since April, when all four of the company's breweries were shut down by a barley shortage.

The government controls access to foreign currency, and Mendoza says it has refused to provide the dollars Polar needs to import barley, which doesn't grow in Venezuela's tropical climate.

As Mendoza leaves the brewery, Polar workers break into a chant: "¡Materias primas ya, queremos trabajar!" — "Raw materials now — we want to work!"

It's not just these workers who are frustrated — Venezuela has fallen on hard economic times recently, even though it's home to the largest oil reserves in the world. Petroleum prices have plummeted and analysts say the government's economic policies are making matters a lot worse.

Price controls and the expropriation of farms and businesses have driven down food production. Lines outside supermarkets grow longer, and shortages of staples like milk, meat and bread have led to outbreaks of rioting and looting.

But in a bizarre twist, President Nicolás Maduro is trying to pin the crisis on Polar. Government TV spots claim — without evidence — that the company is deliberately scaling back food production and hiding inventories to sabotage the economy. 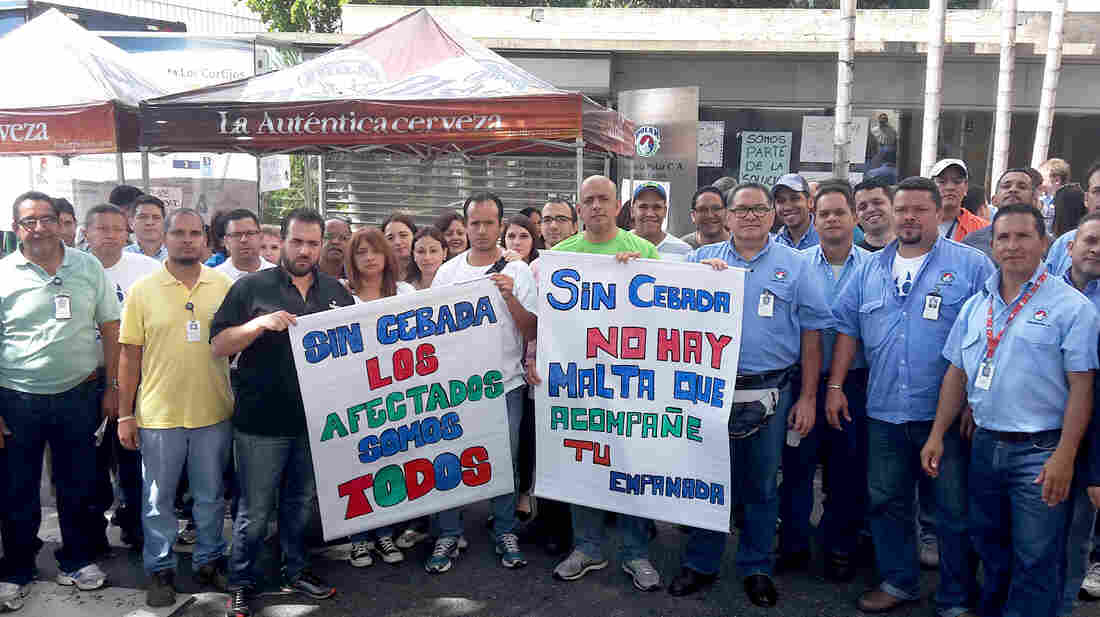 Furloughed Polar workers picket outside Polar's Caracas brewery, which shut down in April. They are protesting against the government, which has impeded Polar's ability to import barley. John Otis for NPR hide caption 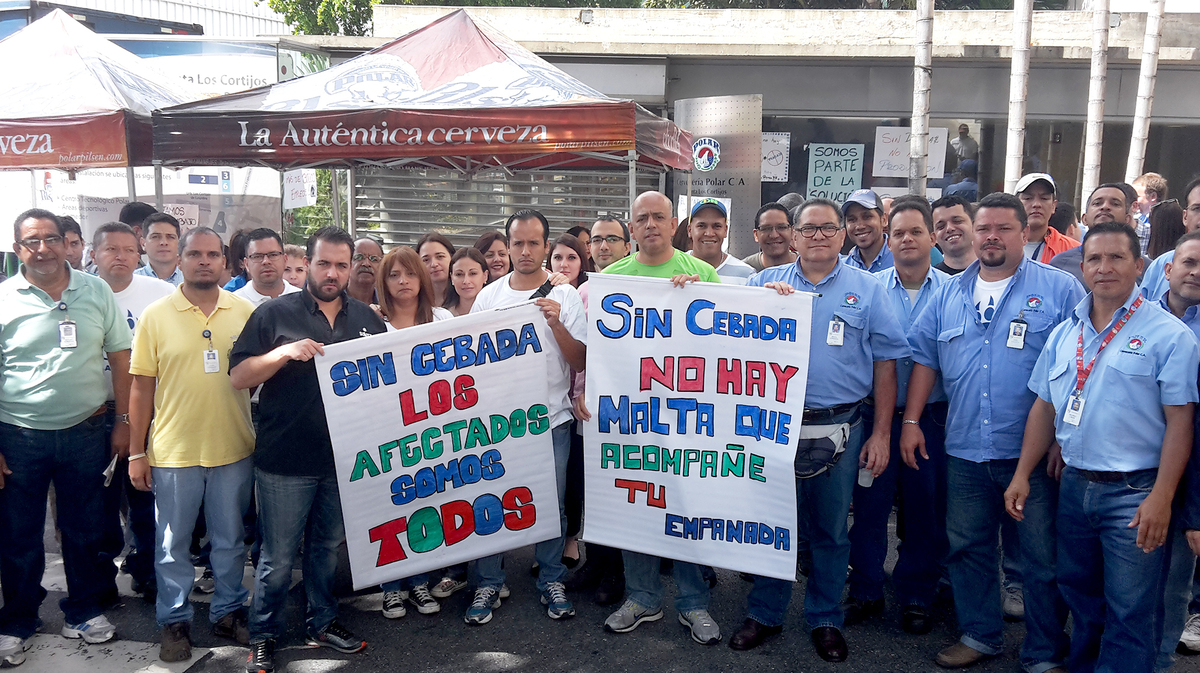 Furloughed Polar workers picket outside Polar's Caracas brewery, which shut down in April. They are protesting against the government, which has impeded Polar's ability to import barley.

In a February speech, Maduro called Polar's Mendoza "a thief and a traitor," saying, "If you can't run your company, turn it over to the people and they will run it."

Mendoza says he is baffled by the attacks. In a TV interview, he pointed out that left-wing governments in Nicaragua, Bolivia and Ecuador have all embraced the private sector. Although these countries lack Venezuela's massive oil wealth, Mendoza pointed out that their economies are growing.

"I think it's actually remarkable that things aren't worse. And I think it's largely because there are some producers that are committed enough to Venezuela that they want to continue operating," says David Smilde, a sociologist at Tulane University who specializes in Latin America. He says private food companies like Polar have helped to prevent the total collapse of Venezuela.

For Venezuelans who want to unplug from all these problems by popping open a beer, that's no longer possible. Polar used to produce 80 percent of Venezuela's beer, and now the supply is rapidly drying up.

As he fills a refrigerator with beer at his bodega in downtown Caracas, Leonardo Cordero says he has placed a purchase limit of three 9-ounce bottles per customer.