Solved: The Mystery Of The Bearded Chickens

Solved: The Mystery Of The Bearded Chickens 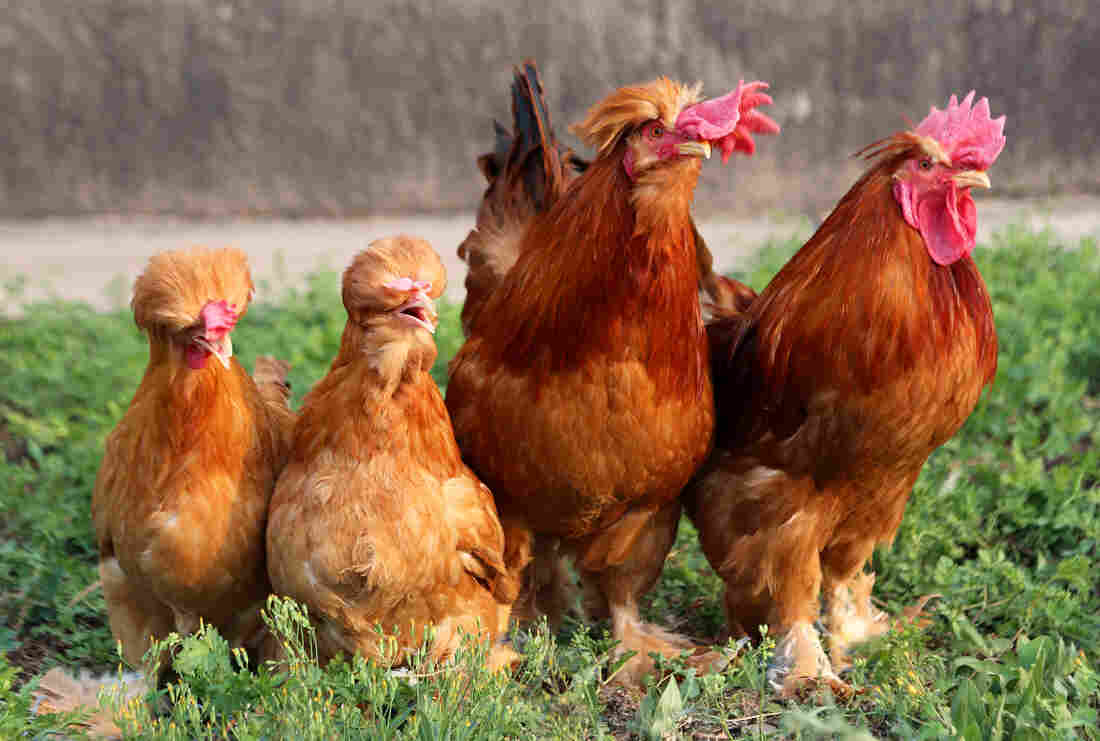 When you've got it, flaunt it: Beards can occur in various chicken breeds. The birds in the middle have them; the ones on the far left and right don't. Courtesy of Ying Guo hide caption 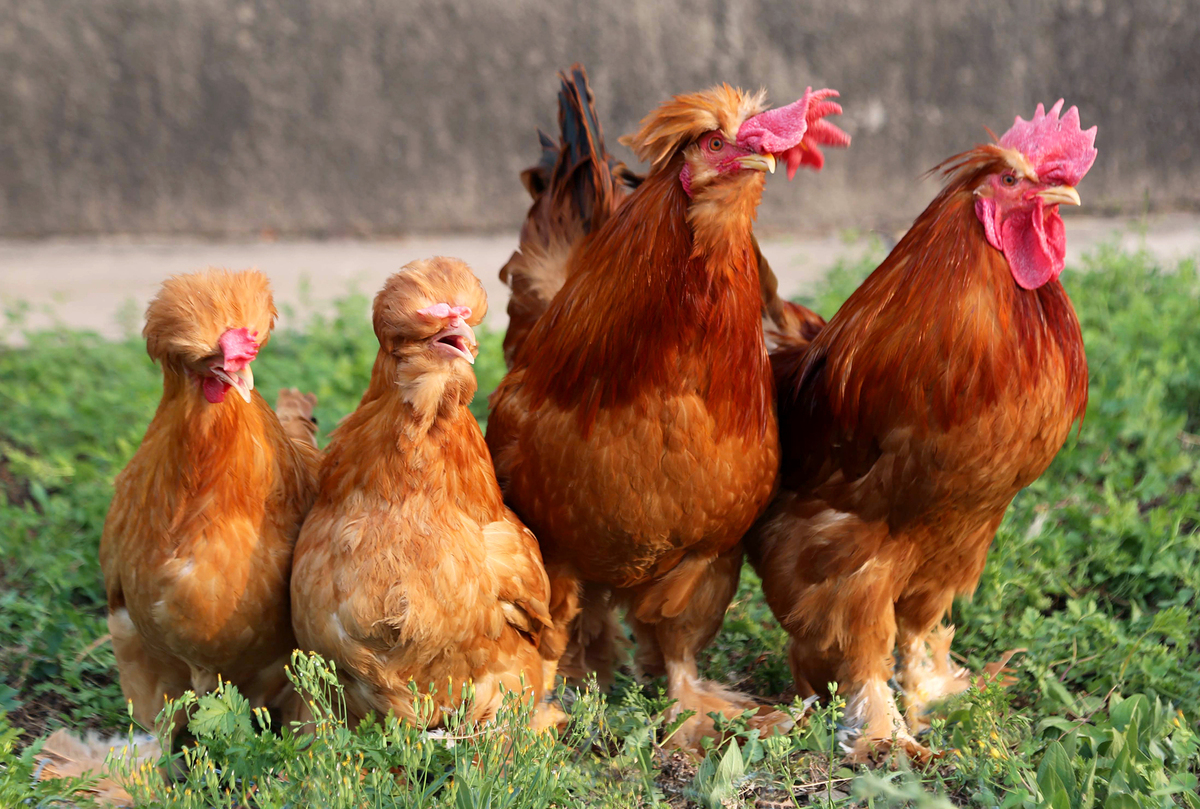 When you've got it, flaunt it: Beards can occur in various chicken breeds. The birds in the middle have them; the ones on the far left and right don't.

Move over, human hipsters, you're not the only ones growing outrageous facial hair.

For years, farmers have noticed that some chickens have tufts of elongated feathers around their face and beak, making it appear like they had grown a beard. The cause of the feather beards was a mystery. Now, thanks to scientists in China, the mystery of the bearded chicken has been solved.

After they found the gene duplication, the scientists wanted to know about the activity (called gene expression) of HOXB8. Genes can be controlled like volume on a radio. The gene can be turned up, blasting loudly, or played at barely a whisper. The scientists took skin samples from around the faces of chickens to determine whether the HOXB8 gene was being "turned up" more in bearded chickens than in normal chickens.

As of now, the scientists don't believe that beards provide the chickens with any evolutionary advantage. Although the researchers can only speculate why these genetic differences came about, they are most likely due to thousands of years of domestication and breeding practices. As you can see for yourself, these bearded birds are certainly something to behold. (Lady chickens, too!) Maybe breeders selected them for that very reason, the authors suggest.

One of the study's authors, Ying Guo, is a geneticist at the China Agricultural University. Guo writes in an email to The Salt, "We have no knowledge of the exact time when [beards] formed. But we believe that it has hundreds of years of history."

In other words, chickens have been growing beards way before it was cool.