Accessibility links
New Jerseyans Chew Over What To Call Their Favorite Pork Product : The Salt In North Jersey, it's called Taylor Ham, and in South Jersey, it's pork roll. The governor and Legislature are taking sides. Even President Obama brought it up during a visit to the Garden State. 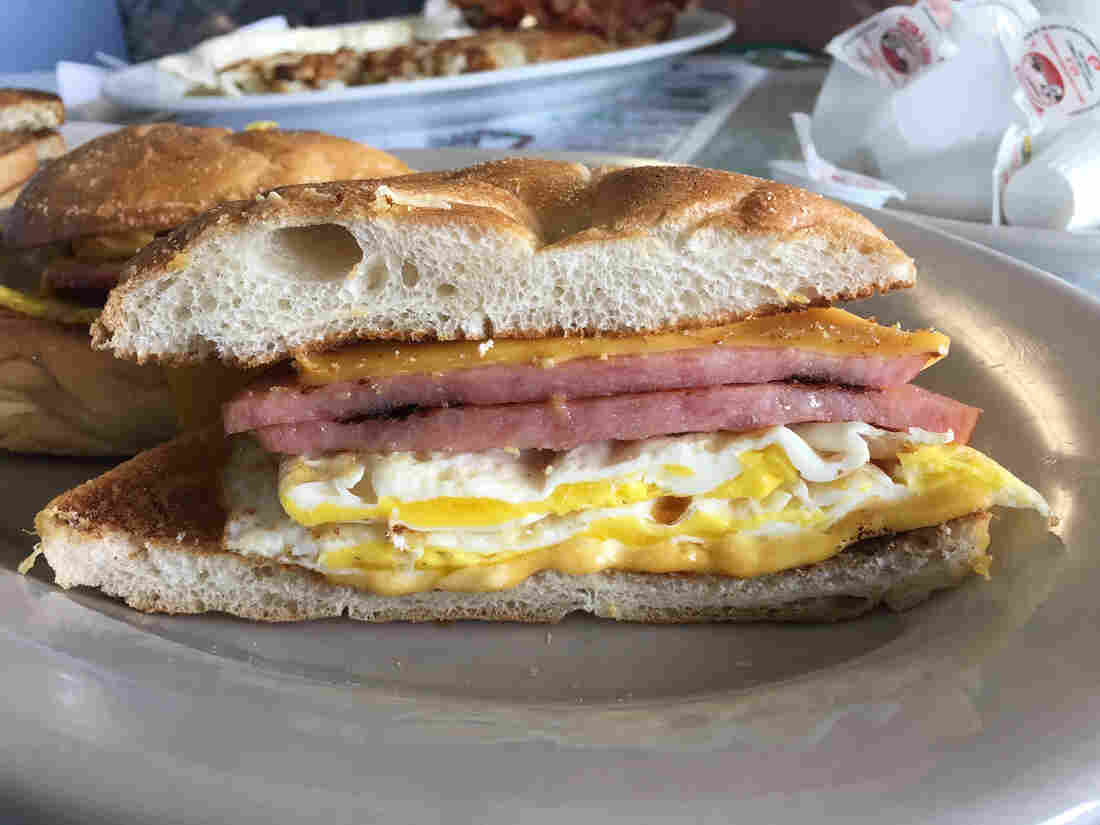 Pork roll or Taylor Ham? What you call it may depend on where you live in New Jersey. Joel Rose/NPR hide caption 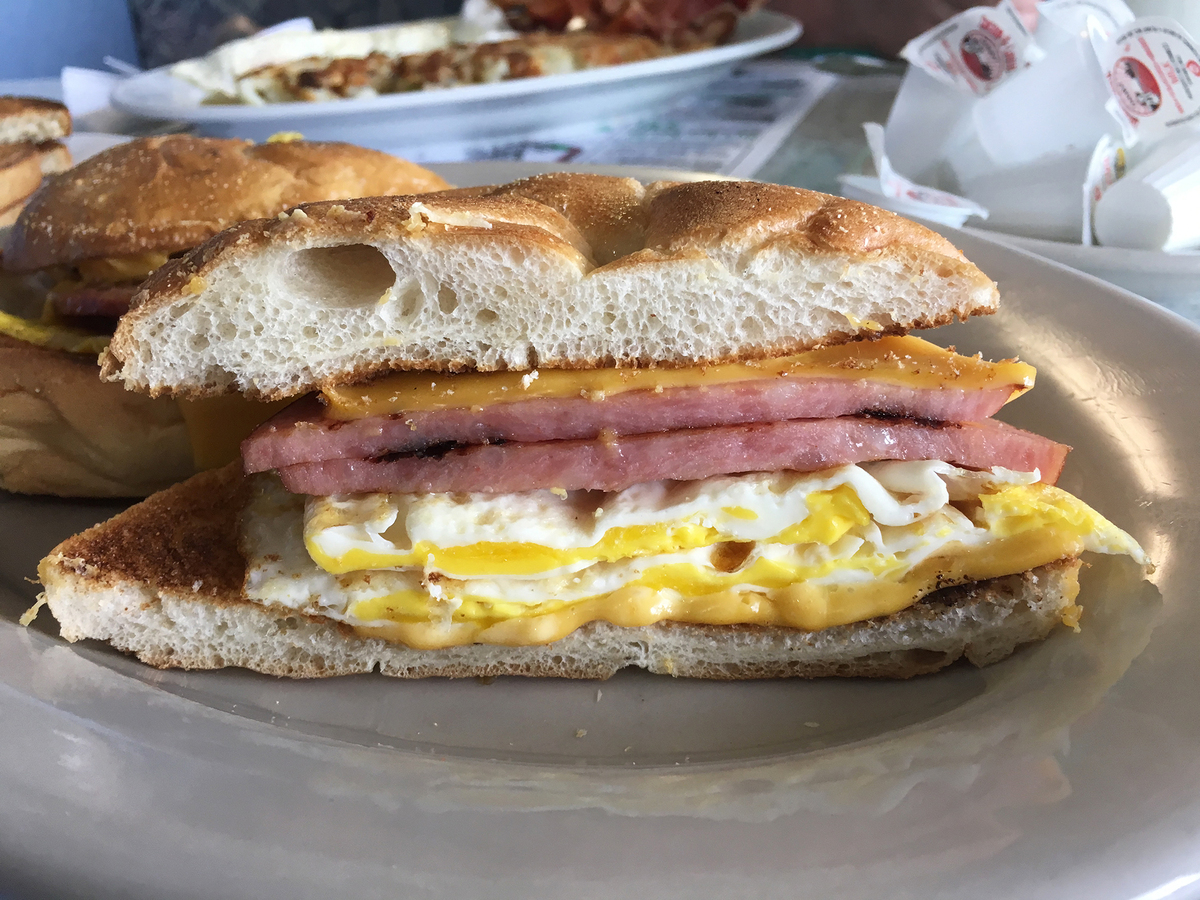 Pork roll or Taylor Ham? What you call it may depend on where you live in New Jersey.

At the White Rose Diner in Linden, N.J., owner Rich Belfer tosses a dozen round, thick slices of processed pork to sizzle on the grill. To Belfer, it's beyond dispute that those are slices of Taylor Ham.

"It's pork, it's spices, it's salt, it's water. It's common ingredients," Belfer says.

Whatever you call this product, it's ubiquitous on diner menus from Cape May to the George Washington Bridge. The two main companies that make it — Taylor Provisions and Case's Pork Roll — are both based in Trenton.

As much as New Jerseyans might love this homegrown product, they simply cannot agree about what to call it. In North Jersey, it's called Taylor Ham; in South Jersey, it's known as pork roll.

"People unfortunately get very nasty," says Kate Kelly, owner of the Jersey Pork Roll company, which ships Taylor Ham — or, if you prefer, Taylor Pork Roll — across the state and beyond. "There's arguments all over the Internet."

That debate has now reached the highest levels of government.

"I come here for a simple reason: to finally settle this pork roll versus Taylor Ham question," President Obama said during a commencement address at Rutgers University last month. The president was just kidding, and declined to pick a side.

But state lawmakers are considering legislation that would settle the debate.

"If you look at a menu here in North Jersey, it does not say pork roll," says state Assemblyman Tim Eustace, who was born in Passaic. "We did not grow up with pork roll. So there clearly is a dividing line. Same product, we call it two different things."

That dividing line seems to be somewhere near the Raritan River, which cuts the state roughly in half. 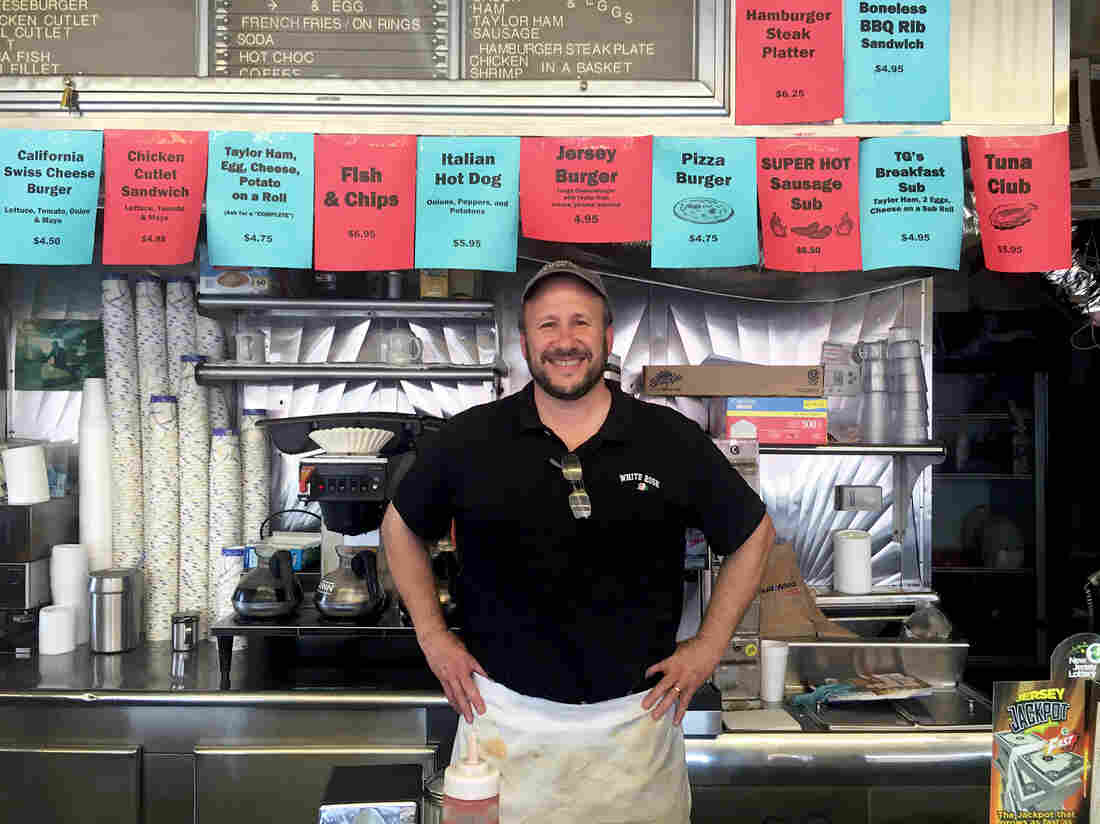 Rich Belfer, who owns the White Rose Diner in Linden, N.J., says there's no doubt about it: The processed slices of pork he sells are called Taylor Ham. But folks in South Jersey beg to differ. Joel Rose/NPR hide caption 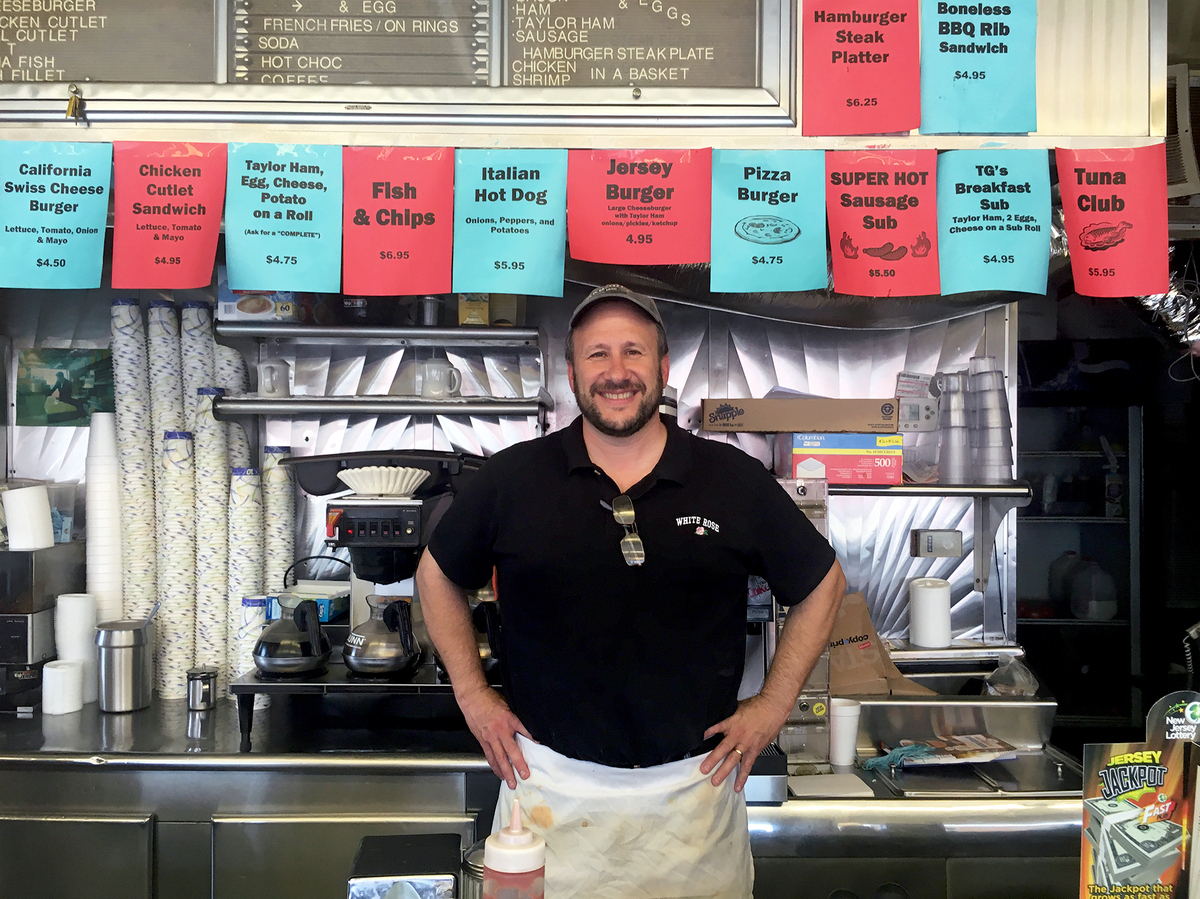 Rich Belfer, who owns the White Rose Diner in Linden, N.J., says there's no doubt about it: The processed slices of pork he sells are called Taylor Ham. But folks in South Jersey beg to differ.

To those not raised in New Jersey, it's hard to convey exactly what's at stake in this debate. "When you're out of state and you miss it, it's much more than the flavor of the meat," says Kate Kelly of the Jersey Pork Roll company. "It's a childhood memory for people who grew up here, including me."

The recipe for Taylor Ham is said to date back to the 1850s, when it was invented by businessman and state Sen. John Taylor. It's still called Taylor Ham on menus across North Jersey. But don't tell that to anyone raised in South Jersey, where this product is known exclusively as pork roll.

That's also the term preferred by the U.S. Department of Agriculture.

Kelly says Taylor Provisions was forced to drop the word ham from its labels after a lawsuit more than a century ago.

"That's what I tell people when they get into these horrific arguments," Kelly says. "Look at the box. Stop fighting with your spouse. Find the word ham. It's not there."

I mention that to Belfer at the White Rose Diner in North Jersey. He doesn't believe me, so we walk back to his cooler to check. The label reads, "Taylor Provisions, Goodie brand pork roll."

Belfer agrees, reluctantly, that the word ham is nowhere to be found. When I ask if he would consider switching over to the pork roll camp, he doesn't hesitate.

"Sorry, it's still Taylor Ham," Belfer says. "If I start trying to tell people there's no ham on the label, and we're gonna change the name to pork roll, they'll look at me like I'm crazy."