Accessibility links
Nutrition In 'The First 1,000 Days' Of Life Can Shape A Child's Future : The Salt In his new book, journalist Roger Thurow chronicles the obstacles that women around the globe face in raising healthy babies.

Nutrition In 'The First 1,000 Days' Of Life Can Shape A Child's Future

Nutrition In 'The First 1,000 Days' Of Life Can Shape A Child's Future 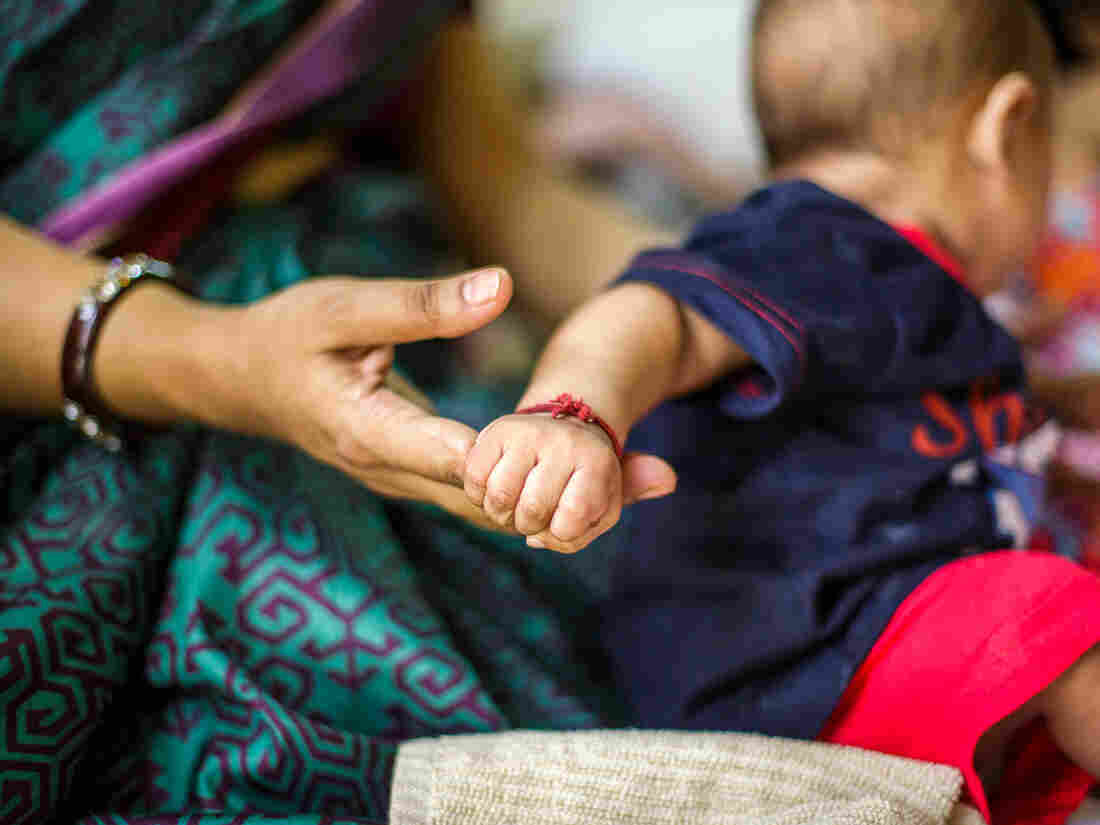 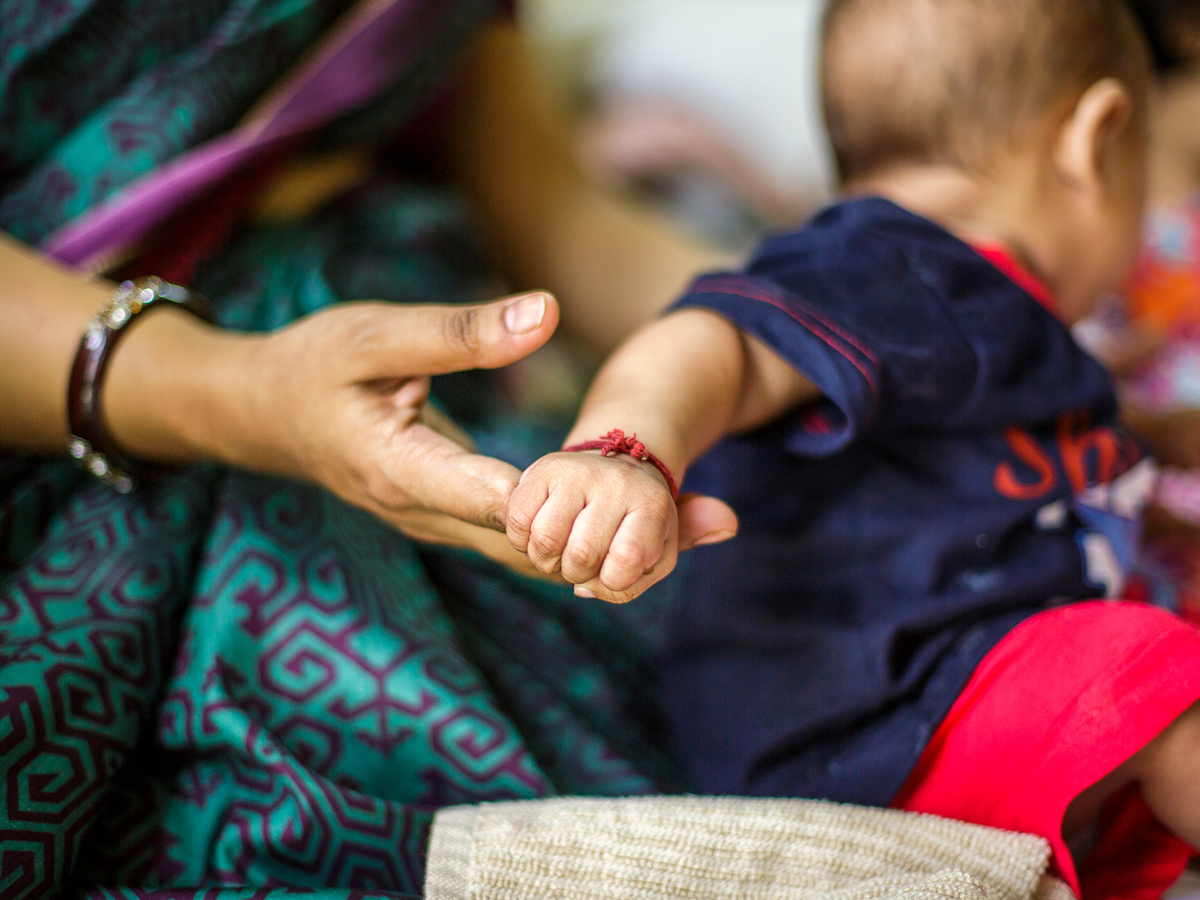 When you hold a tiny infant in your arms, it's easy to be struck by the fragility of a new human life.

I remember feeling both exhilarated and, at moments, terrified when my oldest son was born. It was such uncharted terrain.

One of the greatest comforts in those early months was watching him thrive and gain weight. I hadn't anticipated the compulsion – the singular focus — on feeding my babe. It was an overwhelming, primal impulse that must be universal among new mothers, right?

But what's not universal are the support systems and resources that women need to bring children into the world and help them thrive. In fact, the deck is stacked against millions of women. 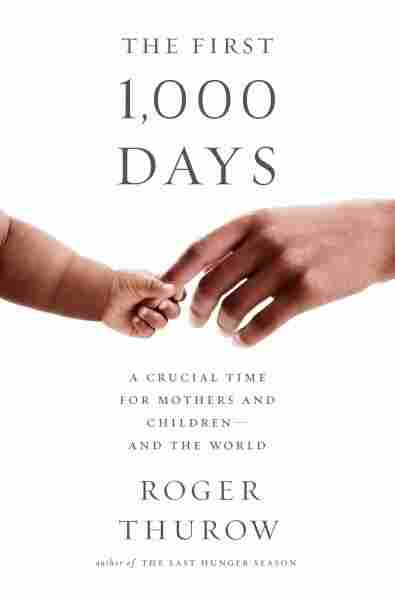 A Crucial Time for Mothers and Children - and the World

Title
The First 1,000 Days
Subtitle
A Crucial Time for Mothers and Children - and the World
Author
Roger Thurow

In his new book, The First 1,000 Days: A Crucial Time for Mothers and Children – and the World, journalist Roger Thurow chronicles the obstacles that women face around the globe. (You can listen to my interview with Thurow, which was broadcast on The Diane Rehm Show.)

He takes us to the western highlands region of Guatemala, where women can't afford to eat the locally grown fruits and vegetables, and they struggle against parasites and a lack of clean water. We also meet young women in rural Uganda, where the infant mortality rate is disturbingly high. Basic essentials are hard to come by and mosquito nets are used to fend off malaria.

He journeys to India, where women struggle with poverty and some feel the pressure to bear more children than they can support. We're also introduced to women in a violent-ridden neighborhood in Chicago who — despite living in the shadows of abundance – have limited access to affordable fresh fruits and vegetables. Here, women are sometimes obese yet malnourished from a diet rich in processed, calorie-dense foods that contain few micro nutrients.

The stories are eye-opening. And, as Thurow weaves together the women's narratives, the point he helps us understand is this: The first 1,000 days of a child's life — from conception through the second birthday – are incredibly deterministic.

It's best summed up, as Thurow points out, by the words of Susan Ejang,a midwife he met in a Ugandan village who counsels young women. "The time of your pregnancy and first two years of life will determine the health of your child, the ability to learn in school, to perform a future job. This is the time the brain grows the most," Thurow quotes Ejang as telling the women.

And yet, it's the time when so many women and children don't get what they need. Around the globe, a quarter of all children 5 and under are stunted, according to the World Health Organization. That's about 170 million kids. These children experience slow physical growth and cognitive delays that can last a lifetime. A chief cause: lack of good nutrition.

But here's a reason to read the book: It's actually full of hope. Thurow documents the many efforts of prenatal counselors, doulas, midwives and others working to upend the status quo — to give women the education, resources and support they need.

Often times, what they need are the basics. For instance, women are given simple hygiene lessons on hand-washing to prevent diarrheal sicknesses. Nutrition education is also key. Many women have never been told the value of eating fresh food – or live in families where fresh food isn't on offer. In Chicago, for example, one woman explains why her favorite snack is Cheetos: They're widely available. As she tells Thurow, she doesn't think she can afford fresh fruit.

And there are other solutions being put forth as well. In Uganda, we meet Esther Okwir, a farmer experimenting with bio-fortified crops aimed at amping up key nutrients in staple foods. She's planting a type of orange sweet potato rich in Vitamin A, and a new variety of beans that contain higher levels of iron, aimed at fending of anemia. As my colleague Dan Charles has reported, the orange sweet potato is similar to the ones grown in the U.S., but are new to Uganda where a white potato is traditional. These are not genetically engineered crops, but rather are bred by using traditional breeding methods.

Thurow helps us understand that these crops are part of a "nutrition-smart agriculture" approach that's focused on growing more healthful foods, not just on improving crop yields.

One of my favorite scenes in the book happens under a mango tree in the village of Barjwinya in Uganda. The locals are celebrating their success with Harvest Plus, an international research program that is pioneering this type of fortification – or enhancement – of staple crops.

Thurow describes dancing, singing and clapping. The villagers share stories of how their health has improved with the new crops – for instance, how the Vitamin A may have helped improve their vision.

During the celebration an 87-year-old woman declared, "I didn't see well, especially at night. But now I can see much better. I can see that Roger [Thurow] is sitting there, and he is white!"

The anecdote is a sampling of the optimism that is possible, despite the many hurdles.