Accessibility links
This Is How Much Celebrities Get Paid To Endorse Soda And Unhealthy Food : The Salt Beyonce got $50 million to push Pepsi. Justin Timberlake: $6 million in a deal with McDonald's. A study describes the lucrative deals celebs popular with teens and young adults inked to sell food. 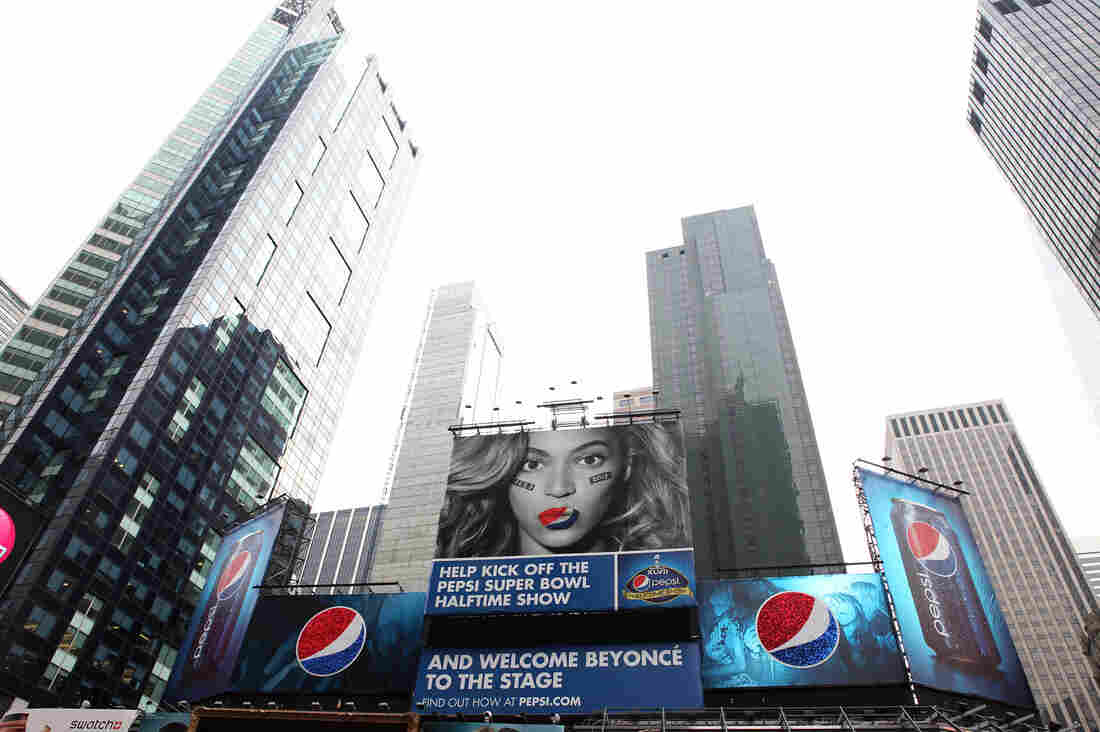 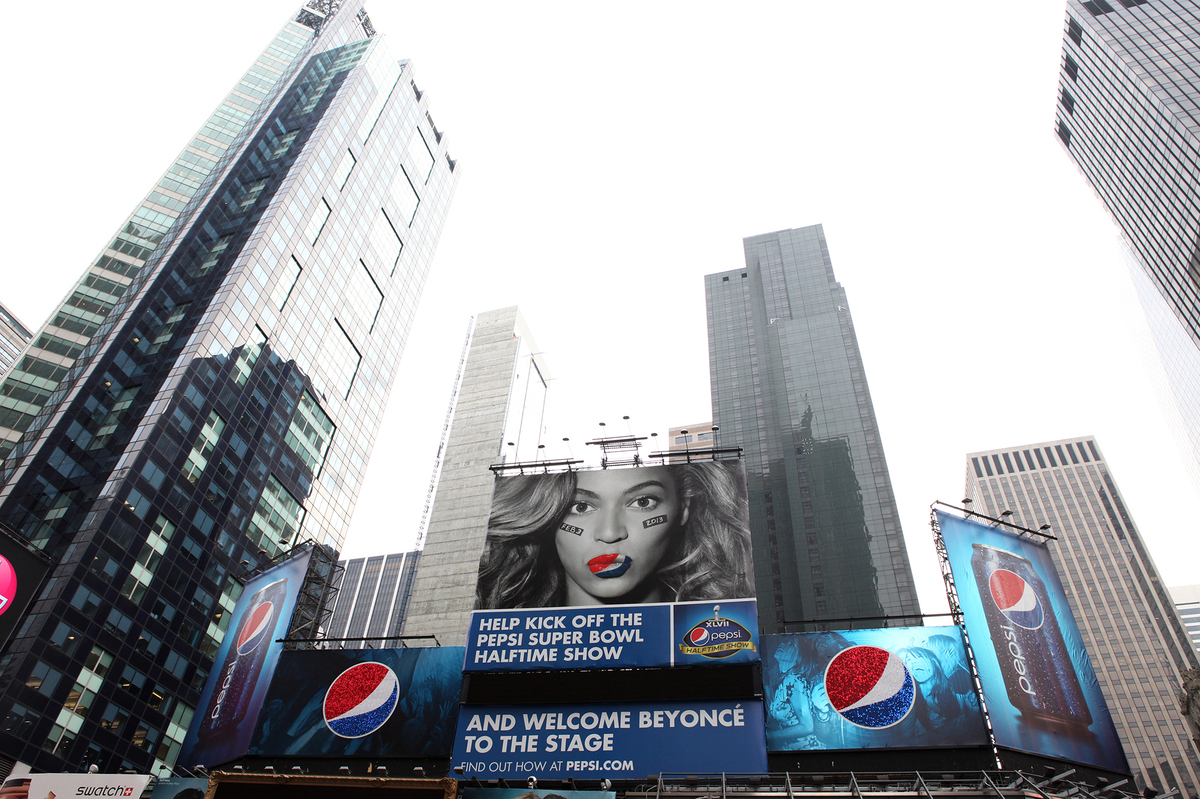 Beyonce inked a $50 million endorsement deal with Pepsi in 2012.

Imagine getting paid an estimated $6 million for your involvement in this three-word jingle: "I'm Lovin' It." Yep, Justin Timberlake inked a lucrative deal with McDonald's. (Guess you could say he wants you to "buy buy buy.")

Or how about earning an estimated $50 million to promote Pepsi products?That's the endorsement deal that megastar Beyonce signed up for back in 2012.

A new study published in the journal Pediatrics describes the lucrative endorsement deals of 65 music celebrities — including Britney Spears, Maroon 5, Timberlake and other stars popular with teens and young adults. These celebrities promoted 57 different food and beverage brands (see chart), ranging from soda to energy drinks to pizza, Pop-Tarts and candy.

"We found the vast majority of food and beverage products were unhealthy," says researcher Marie Bragg of New York University.

Her study didn't analyze how endorsements influence consumption, but she points to one anecdote that represents the potential influence of celebrities. It involves the rapper Pitbull's endorsement of Dr. Pepper.

"When Dr. Pepper asked Pitbull to endorse, they got 4.6 million advertising impressions, and sales went up 1.7 percent [among Latinos] — despite declining sales in the overall soft drink category," Bragg told us.

As we've reported, musicians can influence the thinking — and perhaps the habits — of their young fans. A study published last year found that teens and young adults who reported enjoying hit songs that referenced brands of alcohol (think Kesha and her bottle of Jack) were more likely to drink compared with those who didn't like these songs.

When it comes to food and non-alcoholic beverage choices, the influence of TV advertising has been well-documented. As the Institute of Medicine concluded almost 10 years ago, "television advertising influences children to prefer and request high-calorie and low-nutrient foods and beverages."

The food industry has pledged to cut back on marketing unhealthful foods to children ages 12 and under. More than a dozen of the largest food companies — including Coca-Cola, McDonald's and Kellogg — have joined this self-policing effort, called the Children's Food and Beverage Advertising Initiative.

Now, there's pressure on the industry from some public health advocates to cut back on advertising directed at teenagers. Experts point to rising obesity rates among teenagers, as reported by the Centers for Disease Control and Prevention this week.

"Given that we have a childhood and teen obesity problem in the country, [these endorsements of unhealthy foods] are sending the wrong message to young people, and likely contributing to poor dietary habits," author Marie Bragg told us.

Though her study did not assess the link to dietary habits, she says, "we do know that exposure to food ads leads young people to overeat products that they see."

The industry says there's not strong evidence that teens are swayed by the products that they see or hear endorsed in the media. And Elaine Kolish of the Children's Food and Beverage Advertising Initiative says it's unlikely that the industry would expand it efforts to include teenagers.

"We think that as a society, we've made a judgment not to treat teens like toddlers. We give them more rights and responsibilities," says Kolish.

"We focus on the under-12 group because those children are the ones who need special protections," Kolish told us.

There are optimists who point to some progress in promoting more healthful foods. For instance, the Partnership for a Healthier America — a group that works with companies that want to make commitments to health — has launched a fruit and vegetable advertising campaign. It has celebrity endorsements from Cam Newton, Kristen Bell, Jessica Alba, Stephen Curry and others.

"We are absolutely taking a play from a playbook that works," Drew Nannis, chief marketing officer of the partnership, told us. Since celebrity ads are shown to be effective, it makes sense to use them to promote fruits and veggies, Nannis says.

Now, of course, the fruit and vegetable campaign won't have nearly as big of an advertising budget as Pepsi or McDonald's, so will it have an impact? Nannis says he is encouraged by recent survey data: It found that 7 out of 10 people who had seen or heard of the campaign reported eating more fruits and vegetables afterward.

What's certain is this: Celebrity-backed food is here to stay. Even Oprah is poised to get in on the branded-food bandwagon.

A search of the the U.S. Patent and Trademark Office database shows Oprah has applied to trademark a range of food products — from Oprah pancakes and popcorn to pizza, to name just a few on the list.