Accessibility links
Taxing Sugar: 5 Things To Know About Philly's Soda Tax : The Salt Philadelphia became the first major U.S. city to impose a tax on sugary drinks, after its City Council voted Thursday to approve a 1.5 cents-per-ounce surcharge on soda and other sweetened beverages. 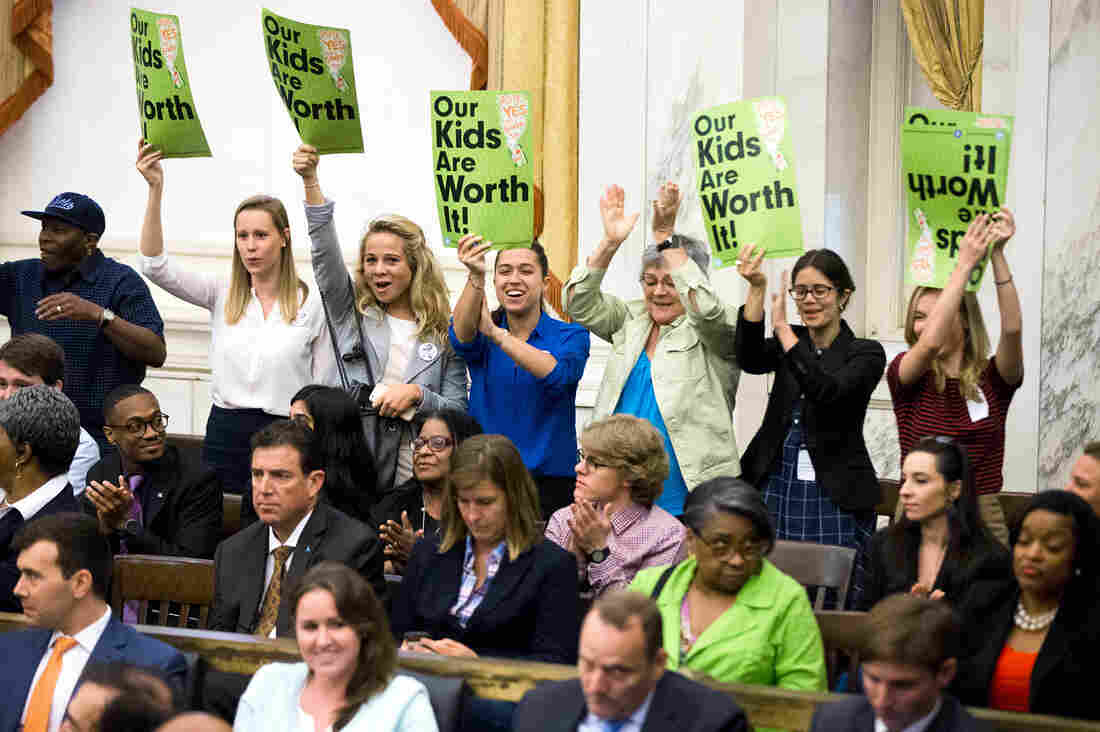 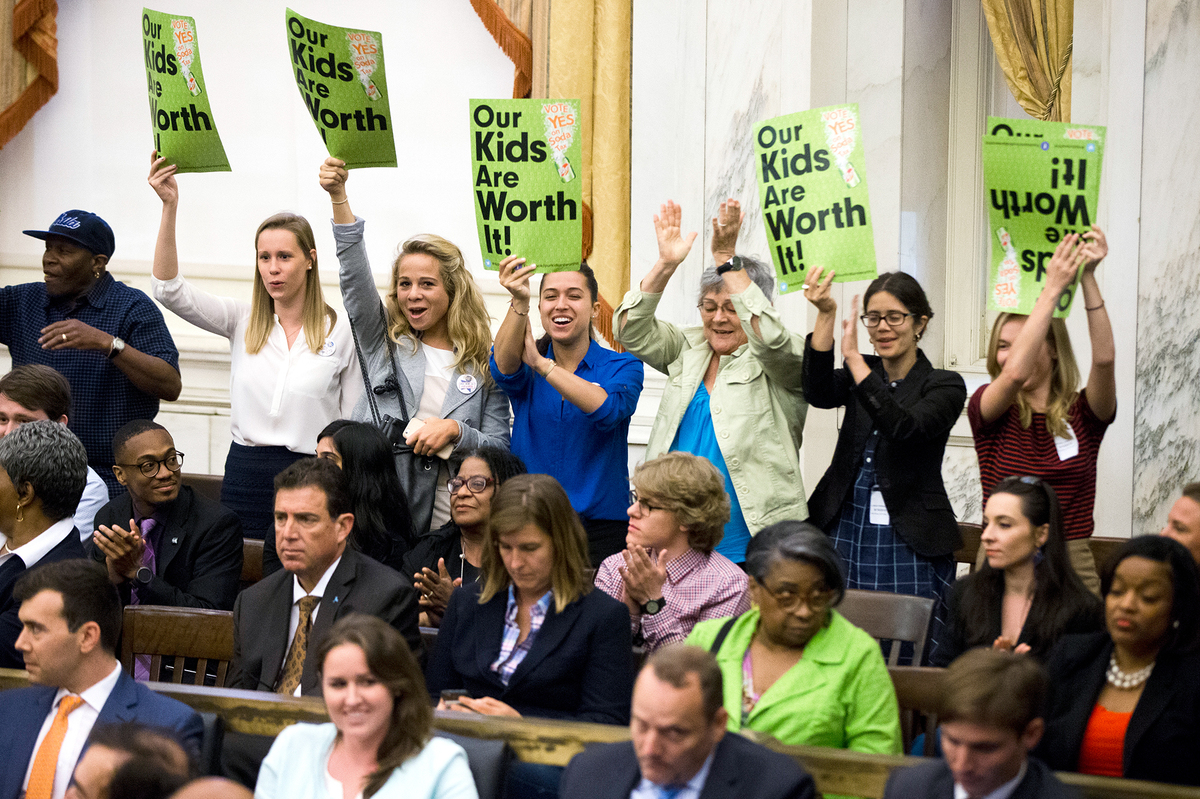 Philadelphia became the first major U.S. city to impose a tax on sugary drinks after its City Council voted on June 16 to approve a 1.5 cents-per-ounce surcharge on soda and other sweetened beverages.

The proposal now on the table reduces the tax to 1.5 cents-per-ounce, but it expands the scope of taxable drinks to include artificially sweetened beverages — including diet sodas.

According to the council, the estimated $91 million tax revenue over the next year would be used to fund the city's education programs, including expanded prekindergarten. It would also pay for park improvements and help pad the city's general fund.

Why is this a big deal?

So far, only Berkeley, Calif., has succeeded in passing a soda tax. But Berkeley has a population of about 112,000, according to the 2010 census. Philadelphia, by contrast, is home to more than 1.5 million people. Passing a tax on sugar-sweetened beverages in a city this big would be historic and could set a precedent.

Other major U.S. cities -- including New York and San Francisco — have tried and failed to pass similar measures. And a statewide effort in Massachusetts failed, too. Public health advocates in California and Baltimore have promoted the idea of a warning label on sugary drinks. The warning would highlight the scientific evidence linking sugary drinks to obesity, tooth decay and diabetes.

What's the evidence that taxing sugary drinks would lead people to drink less of them?

"It seems quite intuitive," Chen Zhen, a research economist at Research Triangle Institute, told us in 2014. His modeling data suggests that a 6-cent tax on a 12-ounce can of soda would lead consumers to drink about 5,800 fewer calories from sugary drinks per year.

Another study, published earlier this year in Pediatrics, suggests that a warning label on sugary beverages may deter parents from purchasing them.

It's hard to know if these studies accurately predict what would really happen, but we can look to Berkeley, and Mexico, for clues.

After Mexico imposed a tax on sugar-sweetened beverages in 2014, researchers documented a decline in sales. And the tax had a "profound impact on the consumption of low-income Mexicans," study author Barry Popkin of the University of North Carolina tells us. This is the group with the most untreated diabetes, he says.

And in Berkeley, in the months after the city passed its tax in November 2014, retailers passed on a small price increase to consumers, which could prompt lower consumption.

Who supports the proposed tax?

The Democratic mayor of Philadelphia, Jim Kenney, promotes the proposed tax as a way of boosting funding for pre-K education. "The way to do it is from this targeted tax on an industry that makes enormous profits on the backs of poor people," he says in this ad.

Religious leaders and public health advocates have jumped on board, too. Former New York Mayor Michael Bloomberg, who tried to take on megasized sodas in New York and helped support Berkeley's initiative, has also backed Philadelphians for a Fair Future, a coalition that supports the tax. It includes teachers, faith organizations and business owners.

Who opposes the proposed tax?

The American Beverage Association has been actively lobbying against the measure and has funded a coalition called No Philly Grocery Tax, which has run ads criticizing the proposed tax. The group has videotaped testimonials from store owners who say the tax will hurt their businesses.

The ABA released survey data this week that found 58 percent of Philadelphia voters oppose the proposed tax on sugar-sweetened beverages. But a recent poll from Temple University found most Philadelphians support the measure.

Teamsters in Philadelphia have also rallied against the measure. "The passage of this proposal will result in the swift departure of the Pepsi and Coca-Cola operations in the city, the loss of many family-sustaining jobs," writes Daniel Grace, secretary-treasurer of Local 830.

In an interview, Grace said the new proposal that the City Council is supporting is, in his view, even worse than the original tax proposed by the mayor, since it now includes diet soda. "It's much more detrimental to our industry," since consumers would have to pay a tax on all these drinks, Grace told us.