Accessibility links
How Canada Became A Greenhouse Superpower : The Salt Canada, despite its cold weather, ships more fresh tomatoes, peppers and cucumbers to the U.S. than we send the other way. How? With the continent's largest cluster of greenhouses. 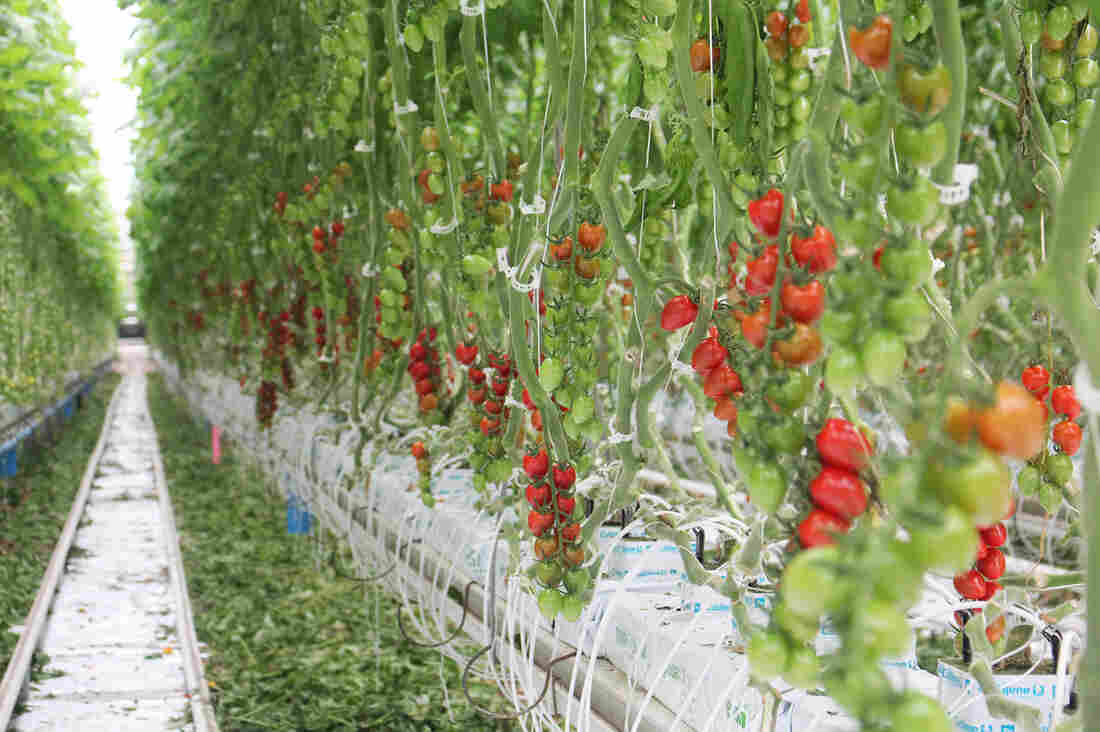 Inside one of Mastronardi Produce Sunset Grown's greenhouses, tomato vines hang on lines that can be adjusted so that the tomatoes are always at a height that's convenient for harvesting. Dan Charles/NPR hide caption 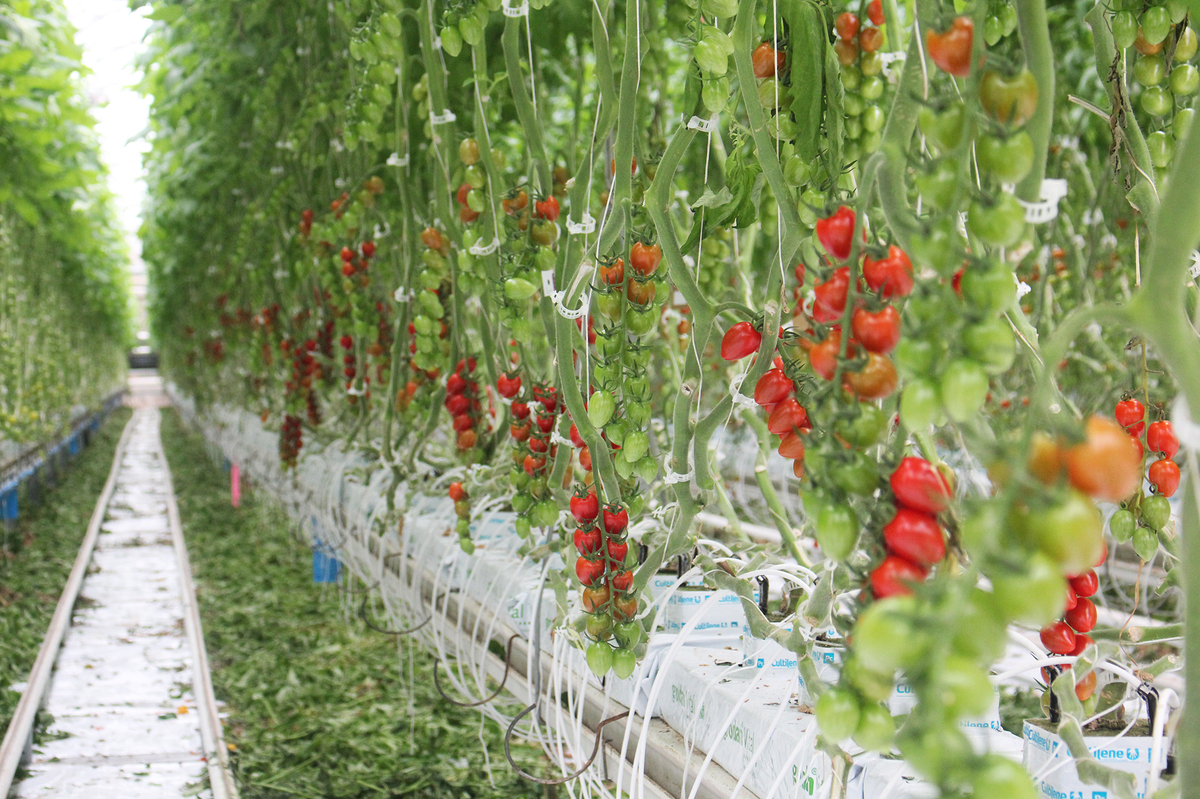 Inside one of Mastronardi Produce Sunset Grown's greenhouses, tomato vines hang on lines that can be adjusted so that the tomatoes are always at a height that's convenient for harvesting.

If you're a home gardener in most of the country, your tomato plants are probably just getting started. It's not even officially summer.

Yet if you go to the grocery store, you'll probably see tomatoes that come from even farther north: Canada!

Our cold-weather neighbor sends us more tomatoes, peppers and cucumbers than we send the other way. Despite all the vegetable fields of California and Florida.

When I discovered this fact, I was so shocked that I decided to investigate. 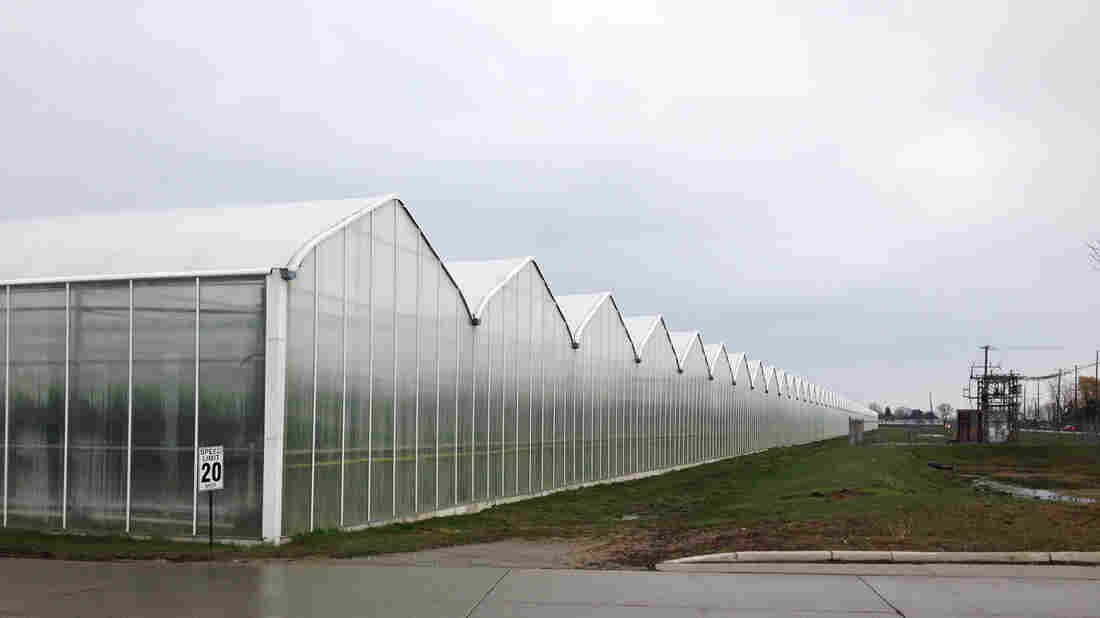 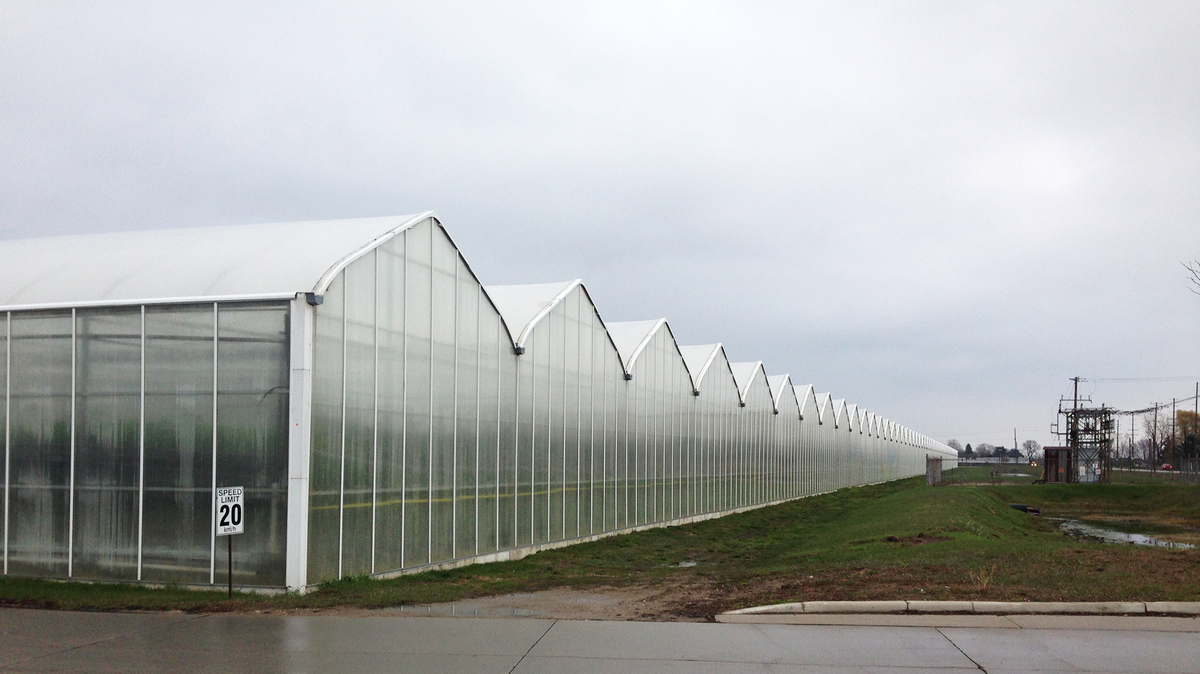 I drove across the Ambassador Bridge from Detroit into Canada and headed southeast toward the city of Leamington.

It was a chilly, slate-gray day in spring. But within an hour I started seeing the vegetable fields. They were indoors. Plants were flourishing inside vast see-through structures made of glass or plastic. Some of the greenhouses covered 50 acres; that's an area bigger than 30 football fields.

This is the main reason why Canada sends us so many tomatoes. It's the biggest concentration of greenhouses in North America. 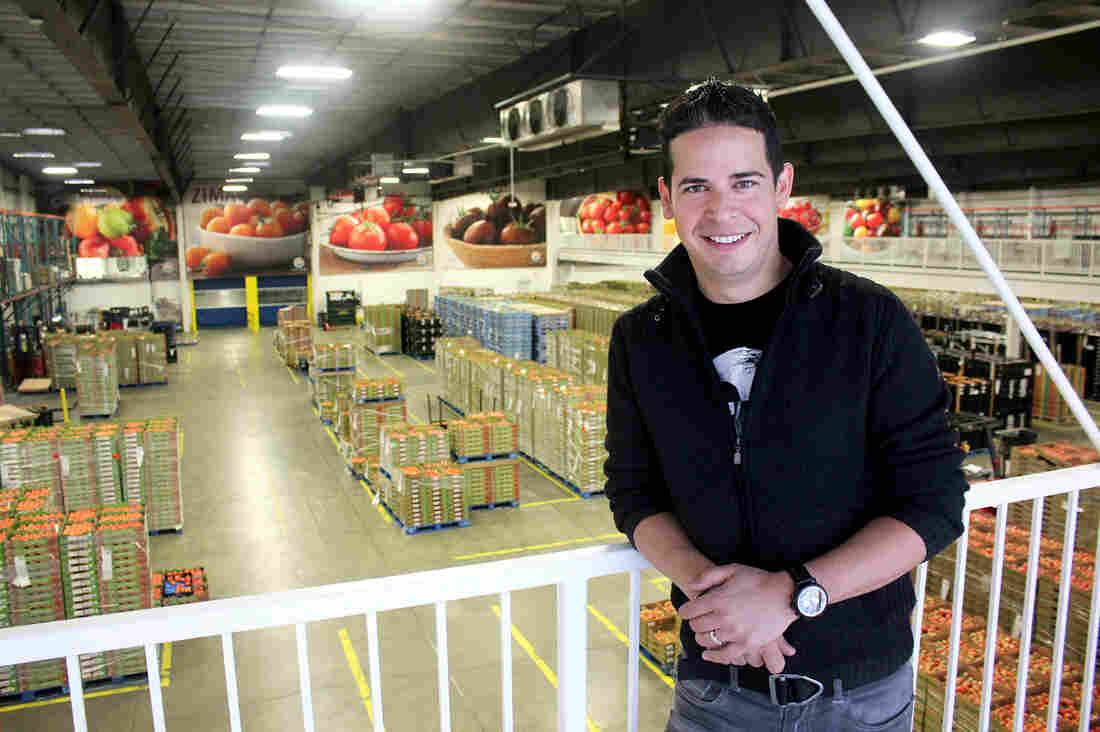 Mastronardi says it all came from a decision his grandfather made in the 1940s. Umberto Mastronardi had been growing vegetables here the regular way, in open-air fields.

"He had a trip over to Europe and saw greenhouses in Holland, and he said, 'That'll work in Leamington. Let's get [away from] the weather controlling our destiny,' " says Mastronardi.

In heated greenhouses, he could grow vegetables for most of the year.

The technology spread quickly through two different tightly knit communities in Leamington: the Italians and the Mennonites. Over the years, the greenhouses got bigger and more sophisticated.

Paul Mastronardi takes me inside one of his company's greenhouses. It's comfortably warm. The entire floor is smooth concrete. Endless rows of green tomato vines are hanging on lines from the ceiling; the vines reach 10 or 15 feet into the air.

"All the ripe fruit are basically at my waistline," Mastronardi says. "There's no bending, no ergonomic issue with harvesting the crop."

Each giant plant emerges from a small box that sits on top of a larger bag. The tomato plant's roots are in the bag, intertwined with crushed rock. A thin plastic tube also goes into that bag. That's how the plant gets water and nutrients. 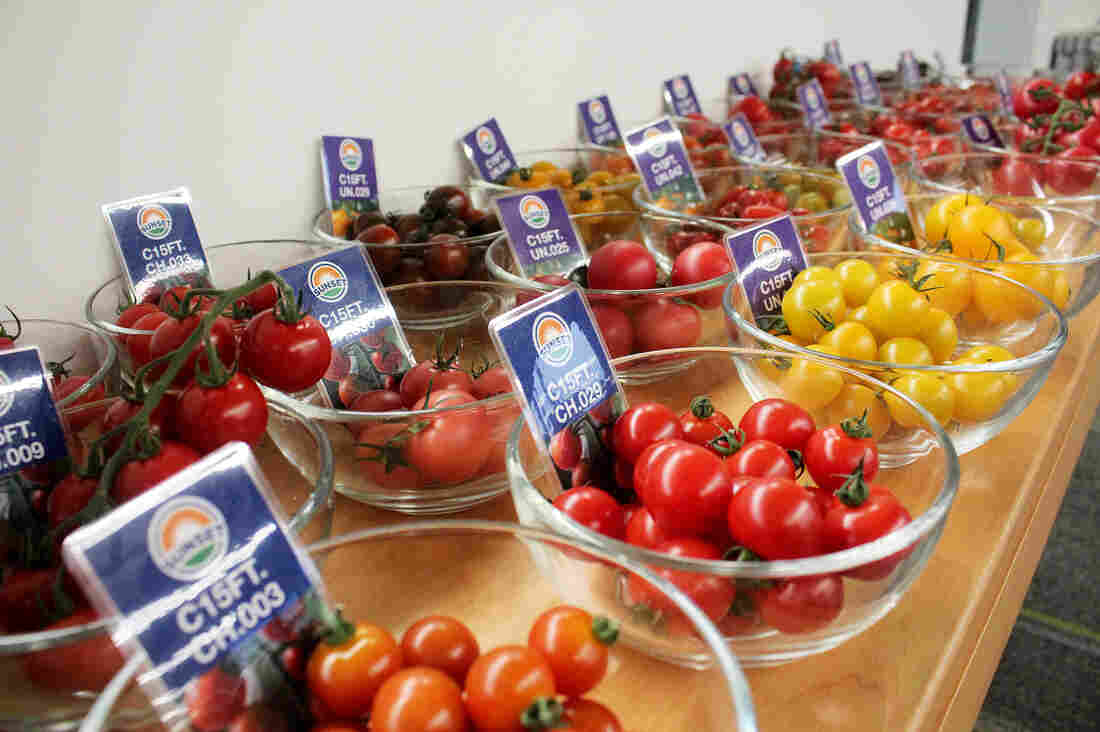 It's still more expensive to grow tomatoes this way compared with open fields.
But Dave Harrison, editor of Greenhouse Canada magazine, says greenhouse operators can charge more for their tomatoes because "greenhouse produce has always been seen as a premium product." That's because the fruit is protected, and you can treat it more gently. "It's always picked at its prime, and I think consumers picked up on that very quickly. It was fresh," he says.

In recent years, Canadian greenhouse producers have led the way into new kinds of tomatoes, like those little ones that you can just pop into your mouth. "They've diversified so much into specialty mini-products," Harrison says. "The mini-tomatoes that you see, the grape tomatoes, cocktail tomatoes."

The United States hasn't developed a big greenhouse industry because it didn't need to. It had all those warm-weather fields in Florida or California.

That's now changing as American growers go after the high-end tomato market. Big new greenhouses are up and running in Michigan, Ohio and Texas. But many of the people running those greenhouses are Canadians who learned their trade in Leamington.