Accessibility links
Nitza Villapol: The Woman Who Taught Cubans To Cook With Just About Anything : The Salt For over 40 years, Villapol hosted a popular cooking show in Cuba, her recipes shifting to reflect the realities of life under the revolution. No meat? No problem — she fried plantain peels instead.

Nitza Villapol: The Woman Who Taught Cubans To Cook With Just About Anything

Nitza Villapol: The Woman Who Taught Cubans To Cook With Just About Anything 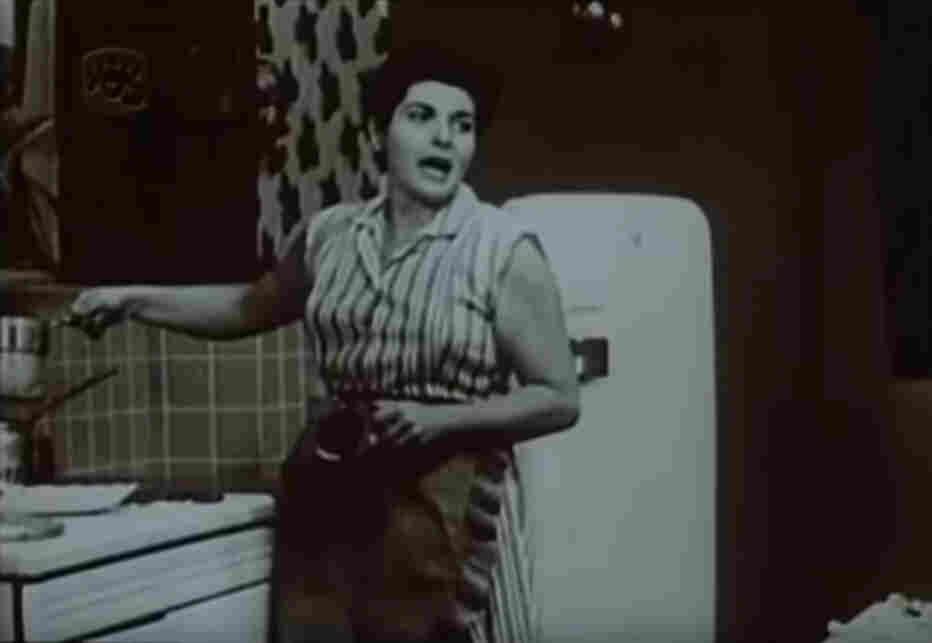 For decades, Nitza Villapol hosted Cocina al Minuto, a popular cooking show in Cuba. In the decades after Fidel Castro took power, she adapted her cooking, teaching Cubans how to make do without certain ingredients while instructing them in how to use once-eschewed produce and cuts of meat in new ways. Screenshot from YouTube hide caption 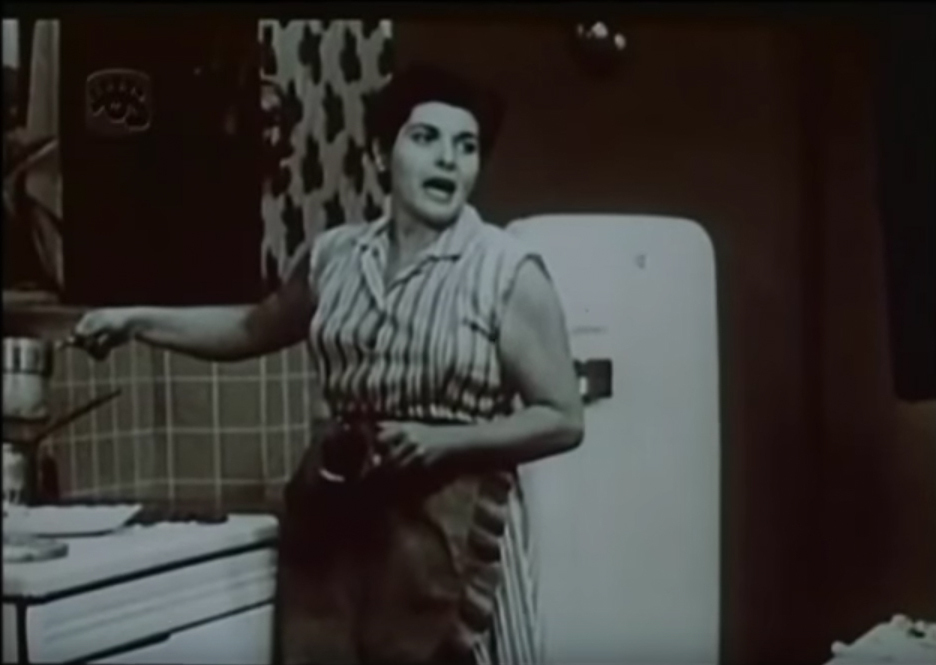 For decades, Nitza Villapol hosted Cocina al Minuto, a popular cooking show in Cuba. In the decades after Fidel Castro took power, she adapted her cooking, teaching Cubans how to make do without certain ingredients while instructing them in how to use once-eschewed produce and cuts of meat in new ways.

They call her Cuba's Julia Child.

You may not have heard of Nitza Villapol, but for millions of Cubans both on the island and abroad, her recipes offer an abiding taste of home. In many Cuban-American homes, dog-eared, decades-old copies of her cookbooks are considered family treasures.

Villapol rose to prominence as a national cooking authority in the summer of 1948 (though some sources put it at 1951), when she began hosting one of the first cooking shows of the modern television era, Cocina al Minuto, teaching viewers how to cook mostly classic Cuban recipes — like picadillo, vaca frita and arroz con pollo.

Even after Fidel Castro seized power in 1959, Villapol remained on air. She would continue to be a steadfast TV presence into the 1990s — her recipes and cookbooks changing to reflect the realities, and scarcities, of life under the revolution. 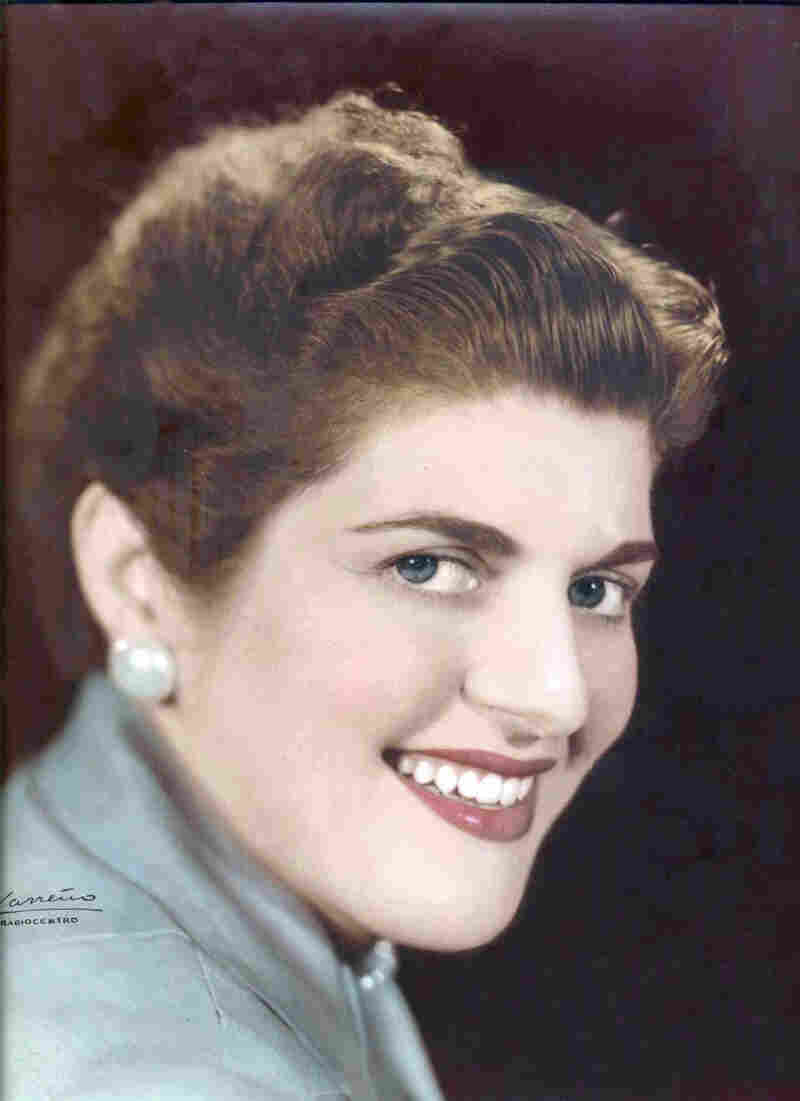 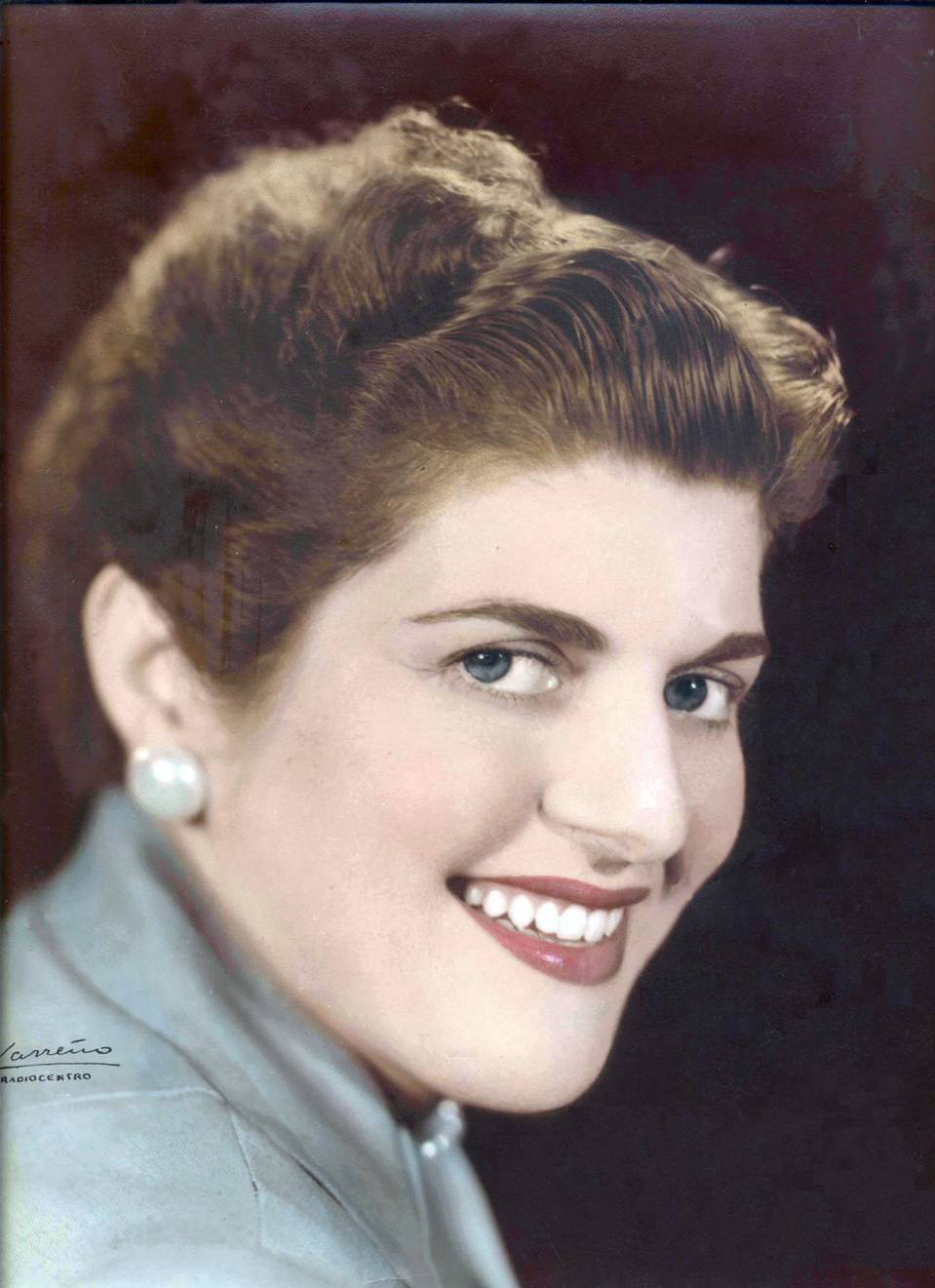 "The first thing I think about is, 'What does the Cuban homemaker have and what can be done with it?' " Villapol told an interviewer in 1991. "We're not starving here."

Her first book, Cocina Criollo, was published soon after her show went on the air. She followed up in 1950 with Cocina al Minuto, named after her popular TV show, which became an instant best-seller. Both books came out at a time when America was a primary trading partner. And so, early recipes called for a variety of both Cuban and American ingredients — the latter were often easily available, sent via daily cargo ships from the U.S. in exchange for keeping much of Cuba's farmland dedicated to sugar cane.

And while many in Cuba had very little — including those whom Castro courted as he rallied support in the late 1950s — most Cubans of the era could afford to provide what Villapol cited in Cocina al Minuto as the basic format of a meal: "appetizer, plate of protein, plate of starches, veggies, raw or cooked, bread and butter, dessert, coffee."

For many Cubans, Villapol's cookbooks became the sacred texts of traditional Cuban cuisine — though they also offered guidance on making fashionable foreign dishes of the era, like spaghetti and "Lobster Newburg," an American seafood dish made with butter, egg yolks, cream and sherry.

Within a few years of their publication, however, there came vast political and economic change, as Castro rose to power. Many of those who opposed his government — and had the means to — left the country. Next to the family photos in their sparse luggage, they tucked in copies of Villapol's cookbooks.

For those who left Cuba — many bound for the United States — beef and seafood-heavy dishes like vaca frita and camarones enchilados were the tastes of home. These recipes, as well as others that featured ingredients not native to the island, like mushrooms and flour, were abundant in the first edition of Cocina al Minuto and easy to re-create in their new homes. However, those who remained in Cuba were faced with a more dire reality.

"Certain ingredients began to disappear," Villapol recalled in Con Pura Magia Satisfechos, a short documentary filmed in the early 1980s. "Some disappeared all of a sudden, others disappeared little by little. The first notable thing to go was butter, fats." Staples like pork, bread and milk were often scarce or expensive, making it difficult to prepare some traditional dishes.

So, Villapol got creative. On her show, she began to cook with what was available that morning in the market, with the help of her longtime assistant Margot Bacallao, teaching Cubans how to make do without certain ingredients while instructing them on how to use once-eschewed produce and cuts of meat in new ways.

And to reflect the reality of life amid chronic shortages, she continuously revised Cocina al Minuto. She simplified recipes that called for foods that were expensive or hard to find and deleted large sections of chapters, such as many of the flour-based cakes and pastries in the 70-plus-page dessert section. She erased the "Sandwiches and Snacks" chapter altogether, cutting the line: "Sometimes we have a piece of meat or fish or other food and one or two days pass in the refrigerator without eating it; after it is dry and old, and we just throw it out." There was little wasted food in post-revolutionary Cuba.

These were replaced by recipes that taught Cubans how to use root vegetables in desserts (sugar was one ingredient still readily available) and encouraged them to cook a wider variety of native produce that was becoming more available, as farmers began growing long-neglected foods, like cassava, in greater quantities. Other classic recipes were simplified to include cheaper cuts of meat and less oil and butter, both of which were rationed.

Gone, too, were references to brand names and even some English food words. A note in one revised edition says, "The vocabulary word 'pie' (pronounced pai) is an English word and it translates like pastel. It is used in Cuba to describe a class of pastry that was popular during the years of 'pseudorepublic' influenced by North America. It is not accepted in our language and if it is used, it is only so our readers can identify the type of pastry to which we are referring." 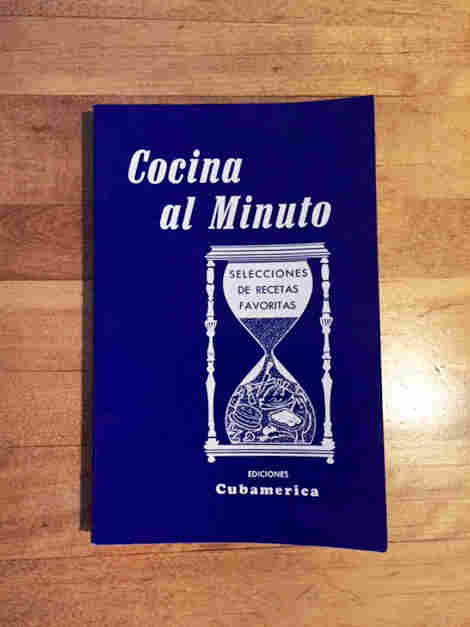 A copy of Cocina al Minuto. Over the years, Villapol revised the cookbook dozens of times, changing her recipes to reflect the realities, and scarcities, of life under the Cuban Revolution. Suzanne Cope for NPR hide caption 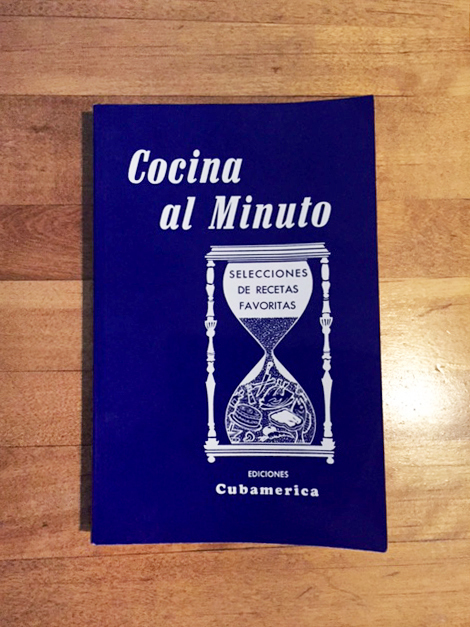 A copy of Cocina al Minuto. Over the years, Villapol revised the cookbook dozens of times, changing her recipes to reflect the realities, and scarcities, of life under the Cuban Revolution.

Newer editions of the cookbook also included veiled signs of solidarity with the communist state — for instance, by arguing that congri, or rice and beans, which had previously been considered peasant food, was a cornerstone of Cuban culture. And updated nutrition information urged Cubans to consume less meat and fat and more carbohydrates and vegetables.

After the fall of the Soviet Union in 1989, food security in Cuba became even more dire, and Villapol took her lessons of improvisation to new levels. In one oft-cited episode of Cocina al Minuto, she even taught viewers how to use plantain peels in place of meat. She is fondly remembered as inspiring Cubans to culinary inventiveness in the face of scarcity. As Sisi Colomina, one of the stewards of Villapol's estate, told me, "she was very conscious of teaching through her work, and always prioritized it."

Villapol went off the air in 1993 — after 4 1/2 decades of cooking in front of the camera. She died in 1998. Even today, her cookbooks are considered to be the standard-bearers of Cuban cuisine.

Cuban-American chef Ricardo Barreras, owner of the Brooklyn-based restaurant Pilar, told me Cocina al Minuto was the first cookbook he ever cooked from — his grandparents carried it with them to the United States at the dawn of the Cuban Revolution. He remarked, "Any Cuban chef who doesn't have her book is not thinking seriously about being a Cuban chef."

But Villapol's legacy is so much more than a collection of recipes, says Hanna Garth, an anthropologist at the University of California, San Diego who has studied Cuban food culture: "Cuban household cooks tell me Nitza Villapol inspired them to be bold in their cooking, to invent variations on traditional dishes, given the changes in food availability."

Villapol not only taught her fellow Cubans to cook — she also taught them to reinvent themselves in the most dire of circumstances.