Accessibility links
As More Cities Eye Soda Tax, Industry Vows To Fight New Tax in Philadelphia : The Salt In November, the California cities of Oakland and San Francisco are expected to take up the issue of taxing sugary sodas. And voters in Boulder, Colo., may see a ballot initiative too. 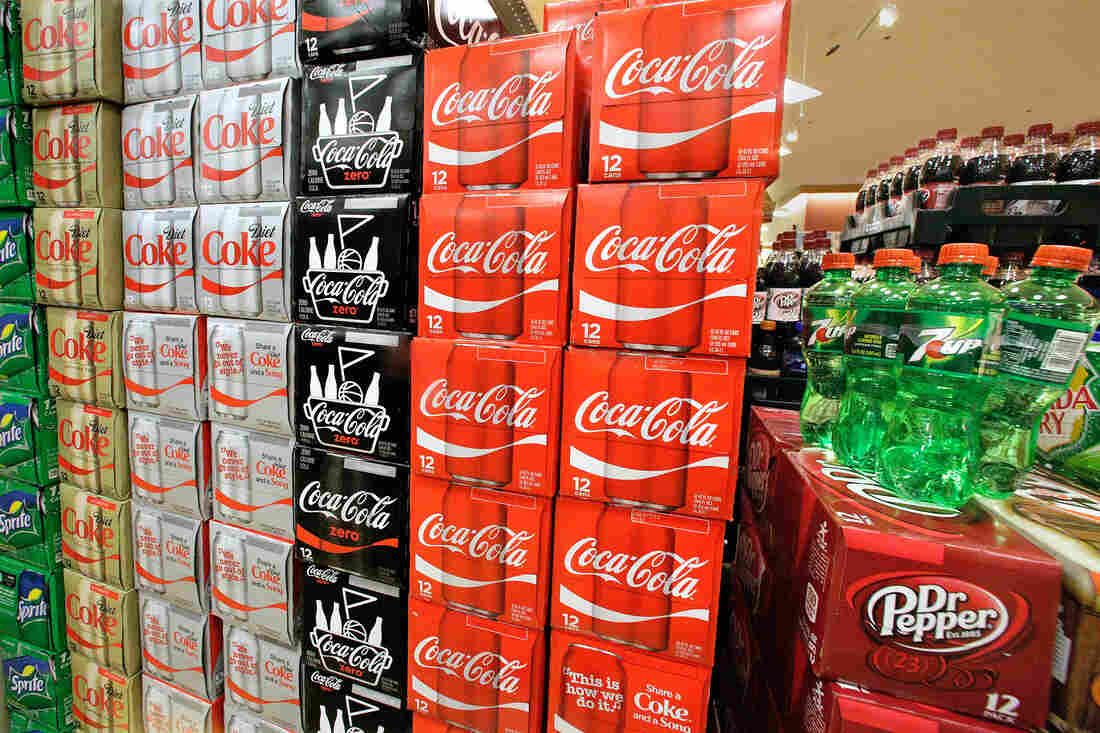 Sodas and energy drinks are stacked and line the shelves of a grocery store. Seth Perlman/AP hide caption 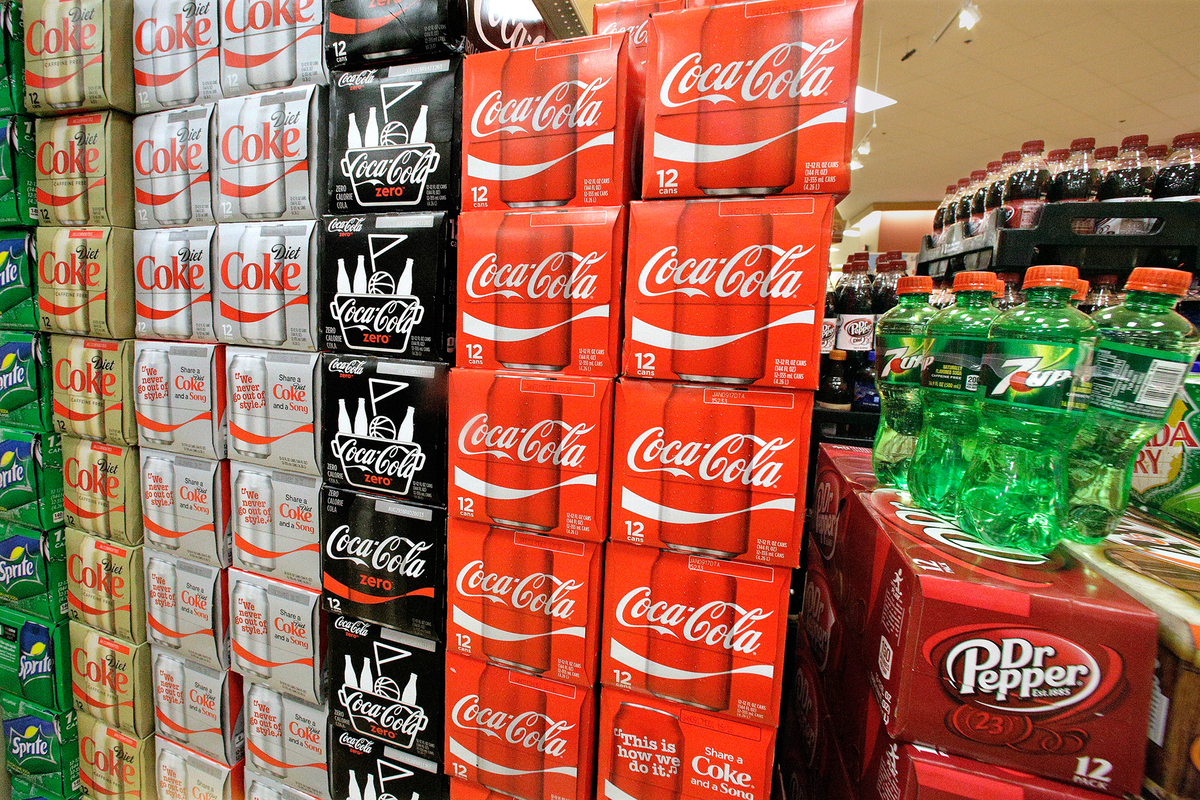 Sodas and energy drinks are stacked and line the shelves of a grocery store.

The soda industry says it will fight to repeal the tax on sweetened beverages voted in by the Philadelphia City Council this week.

"The tax passed [in Philadelphia] is a regressive tax that unfairly singles out beverages — including low- and no-calorie choices. But most importantly, it is against the law," reads a statement from the American Beverage Association.

The group says it will take legal action to stop the tax. "Similar tax proposals have been rejected 43 times across the country in the past eight years," the ABA says. And the industry points to polling data that suggest the majority of Philadelphia residents don't support it.

But supporters of the tax on sweetened drinks say the victory in Philadelphia could set the stage for similar actions in cities across the country.

"Philadelphia will almost certainly not be the last city to adopt a sugary drinks tax. In fact, the question now is not whether any city will follow suit, but rather how many — and how quickly?" wrote Michael Bloomberg in a statement released Friday.

As we've reported, Bloomberg — who took on sodas as mayor of New York City — contributed significantly to a media campaign in Philadelphia aimed at passing the soda-tax measure.

"Obesity and poverty are both intractable national problems. No policy takes more direct aim at both than Philadelphia's tax on sugary drinks," Bloomberg wrote in the statement.

Bloomberg says he will continue to support cities and nations pursuing
these anti-obesity strategies, and help them "get the support they need to level the playing field with the soda industry." As we've reported, the American Beverage Association spent more than $4.2 million to fight the tax in Philadelphia.

In November, the California cities of Oakland and San Francisco are expected to take up the issue. And voters in Boulder, Colo., may see a ballot initiative, too. As The Denver Post has reported, a group called Healthy Boulder Kids is trying to rally support for a tax on sugary drinks to fund programs aimed at increasing access to healthy food and physical activity.

A tax on sugar-sweetened beverages in Mexico led to a dip in sales. Public health experts predict the same thing will happen in Philadelphia.

"The evidence is clear that when prices go up, people buy less of things," Michael Long of George Washington University told us. He and colleagues at the Harvard School of Public Health published a 10-year estimate of the health impacts of a 1-cent-per-ounce tax on sugary drinks in Philadelphia.