Accessibility links
Why Do Onions Make Us Cry? : The Salt Sure, their beautiful, multilayered complexity has moved poets to weep. But the real answer is more practical: A bulb's gotta keep the baddies away. We get the lowdown from a chemist. 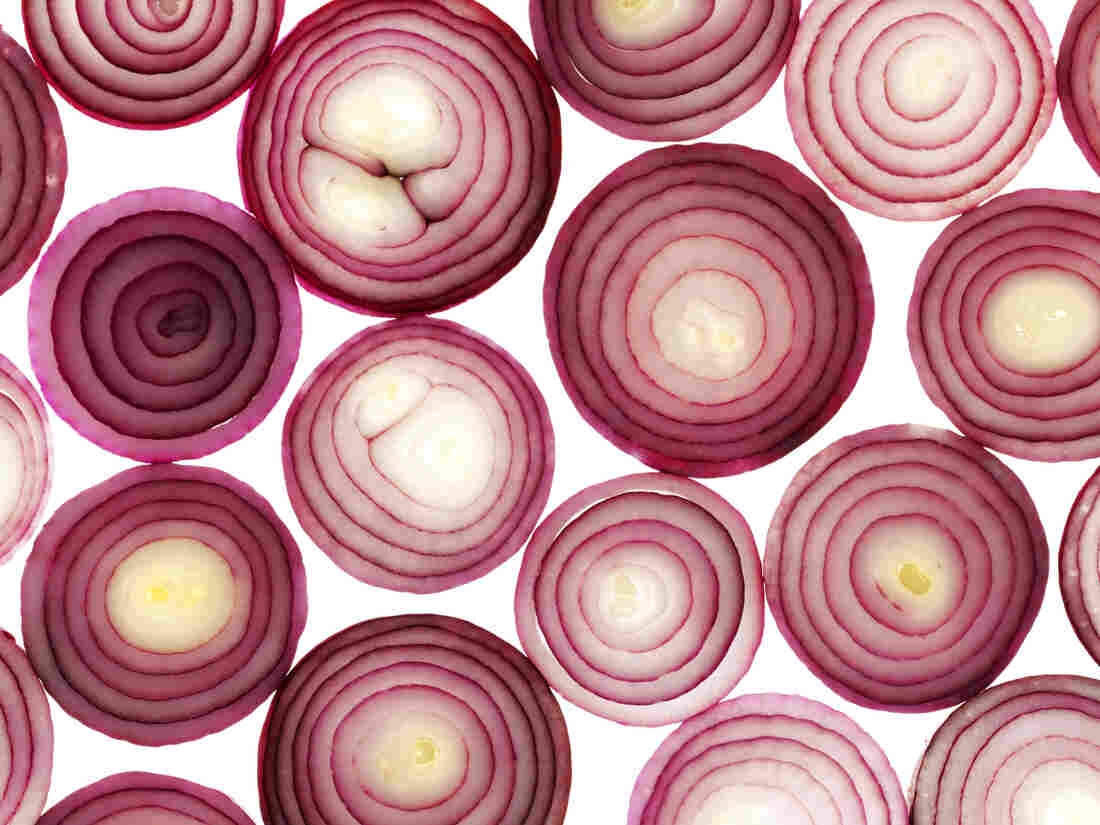 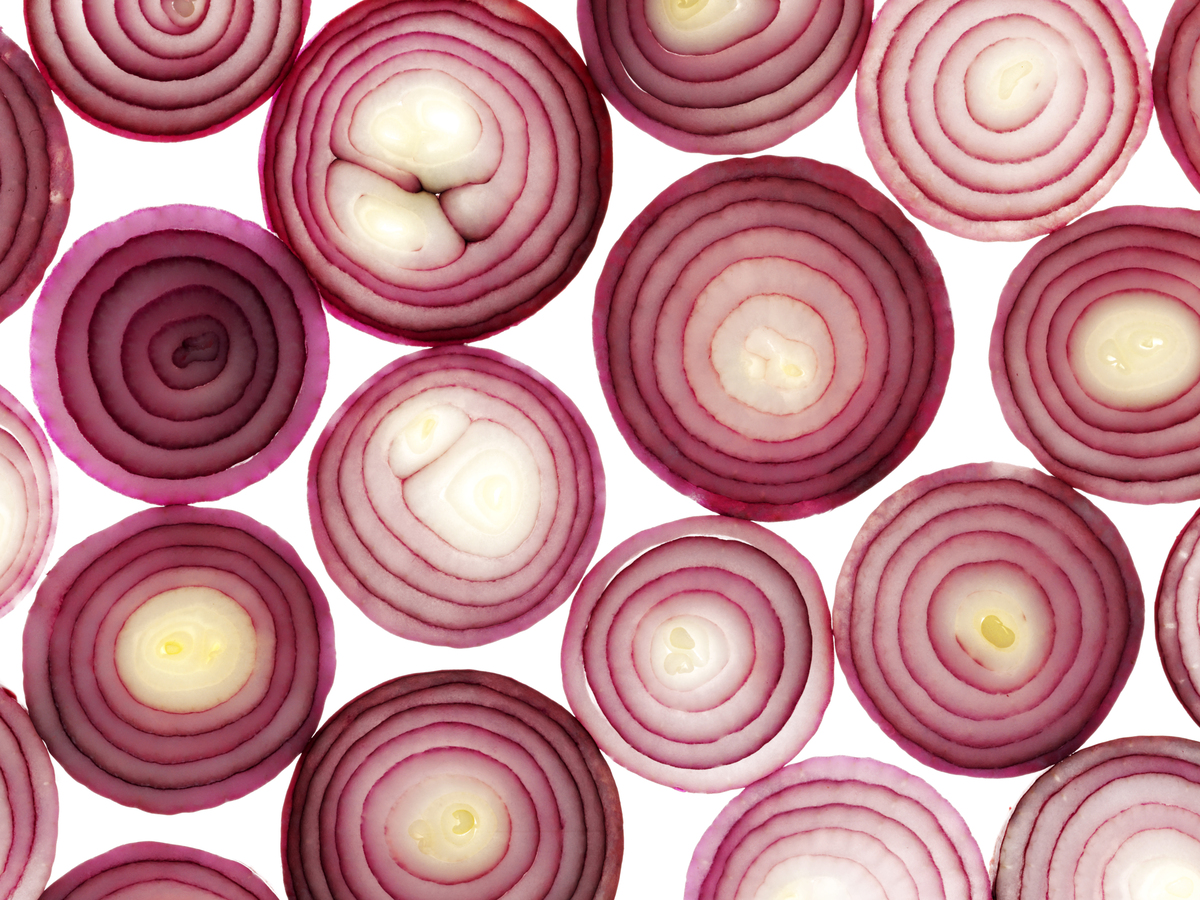 The onion, says allium expert Eric Block, "really is quite beautiful from a scientific perspective."

Why do onions make us cry?

Many a poet has pondered. Is it because their beautiful, multilayered complexity moves us to weep? Are we mourning the majestic bulb as we cut it up and consume it?

Yes, yes. All of the above. 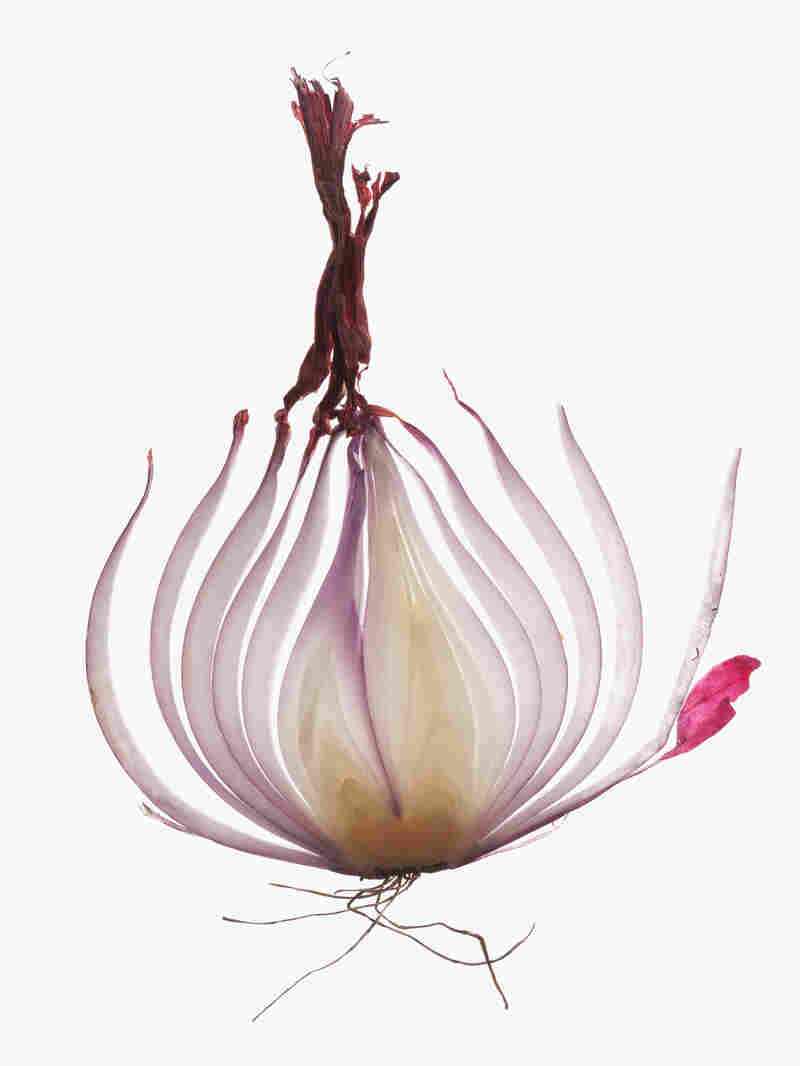 The onion is multilayered in its complexity — literally and metaphorically. Robert Daly/Getty Images hide caption 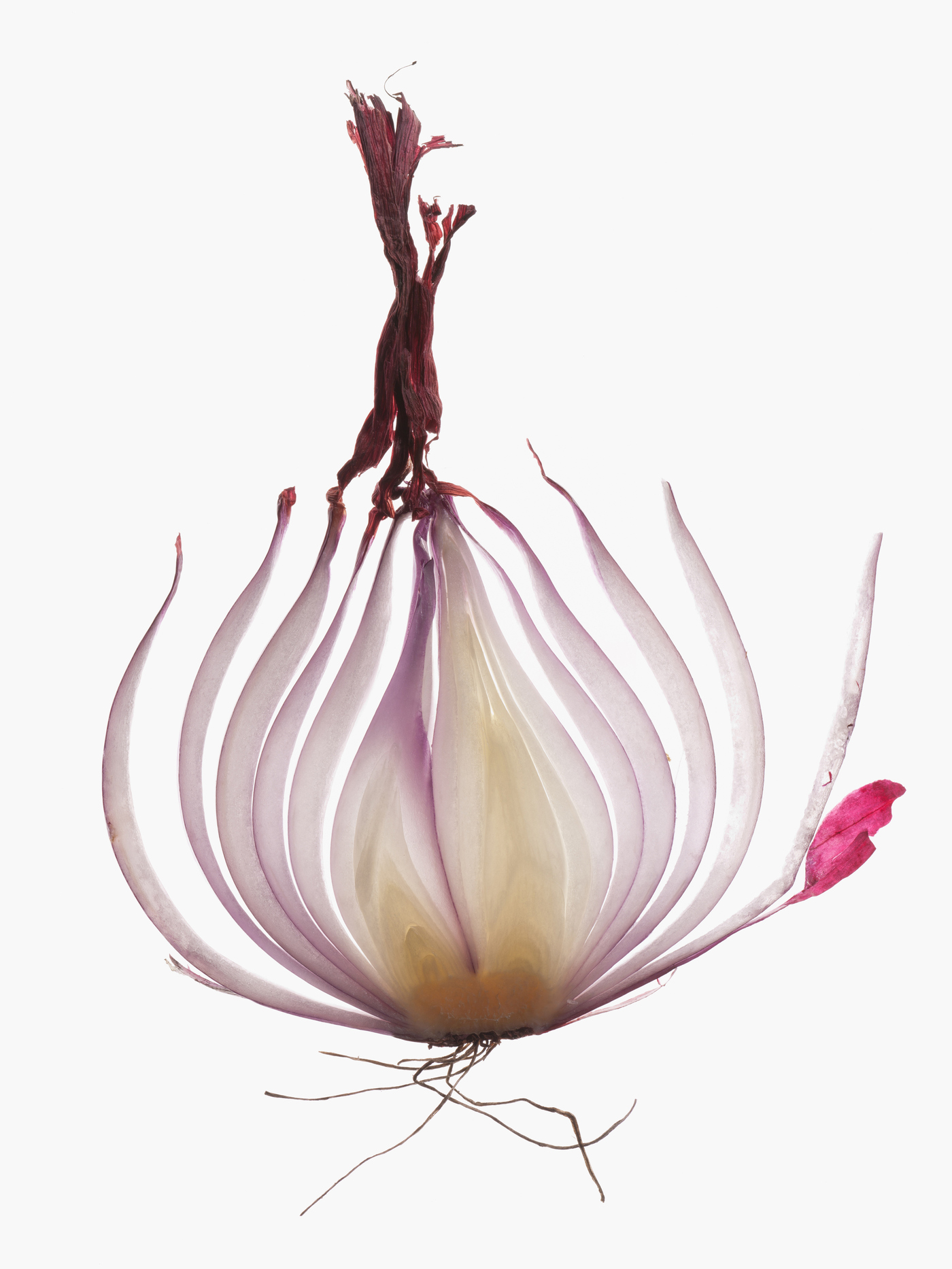 The onion is multilayered in its complexity — literally and metaphorically.

But also, it's because of a chemical irritant called syn-propanethial-S-oxide, says chemist Eric Block, who has written the authoritative book on onions — and other alliums.

"See, the onion is a perennial bulb that lives in the ground with lots of critters who are looking for a snack," says Block. "So it has evolved a chemical defense system."

That is to say, onions want to make us cry — so we'll stop trying to eat them (not that most of us are deterred).

"The way the onion bulb is designed, then, is ingenious," Block says. Within each onion cell, there's a little glob — a sealed vacuole — filled with enzymes, he explains. When you bite or cut into an onion, these enzyme-filled blobs break open, releasing their contents, which then mix with other chemicals inside the onion cells. "And then," Block says, "a whole cascade of chemical processes happen within an instant."

A bunch of syn-propanethial-S-oxide molecules form as a result of all those chemical reactions — and because these guys are really tiny, and light, they float up into the air. "And then they find their way to the eye of the person that's cutting the onion," Block says.

For a visual of what the completele process looks like, check out this video by the American Chemical Society.

The whole thing, Block says, "really is quite beautiful from a scientific viewpoint."

Beauty, in this case, being literally in the eyes of the beholder, burning the eyeballs. Block has some suggestions for those of us who are less enamored with the onion's hostile chemistry.

The best strategy to avoid tearing up, Block says, is to chop onions in a well-ventilated area, near a fan. "If you just cut the onion in a stream of air blowing away from your face," he says, "then you'll pull the molecules away and they won't get to your eyes."

Refrigerating the onions for a few minutes before chopping can help as well, he notes, since the volatile compounds that cause eye irritation "are less volatile when they're cold." Molecules of any sort tend to move faster when the're hot and slower when they're cool — so by chilling the onion, you're ensuring that the irritating chemicals don't rush up to your face all at once.

"There are some ridiculous suggestions that have been made — like wear goggles," Block says. "That doesn't really work." Really tight goggles may stop the chemical from getting directly to your eyeballs, but they won't prevent it from seeping up through your mouth and nose. "Plus," Block points out, "goggles just look silly."

Of course, it's virtually impossible to avoid watery eyes entirely when you're cooking with onions, Block says. Ultimately, these recalcitrant chemicals in onions are what give it its unique flavor. "Besides," he says, tongue in cheek, "sometimes pain is pleasure."

Or, as the great poet Pablo Neruda has mused, "Onion, luminous flask ... You make us cry without hurting us."