Accessibility links
This Startup Wants You To Have Your Disposable Spoon And Eat It, Too : The Salt An Indian startup sells edible spoons that taste just like crackers, made out of millet, rice and wheat. The company's founder says it's a fun way to encourage people to reduce their plastic waste.

This Startup Wants You To Have Your Disposable Spoon And Eat It, Too

This Startup Wants You To Have Your Disposable Spoon And Eat It, Too 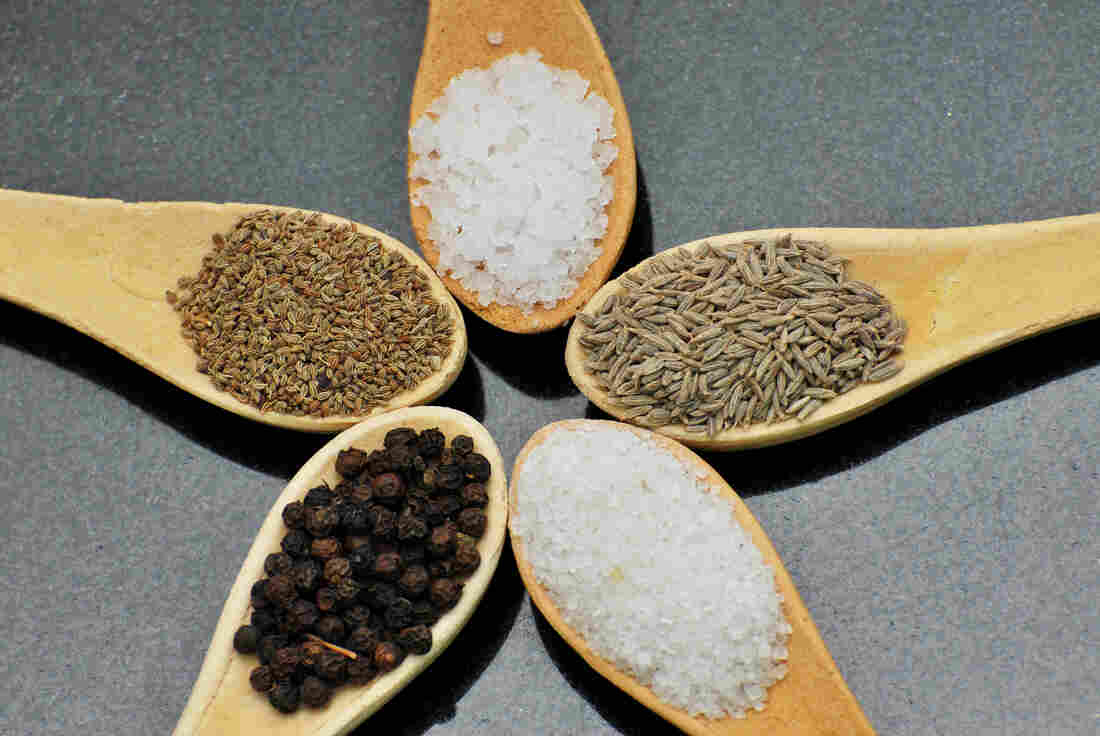 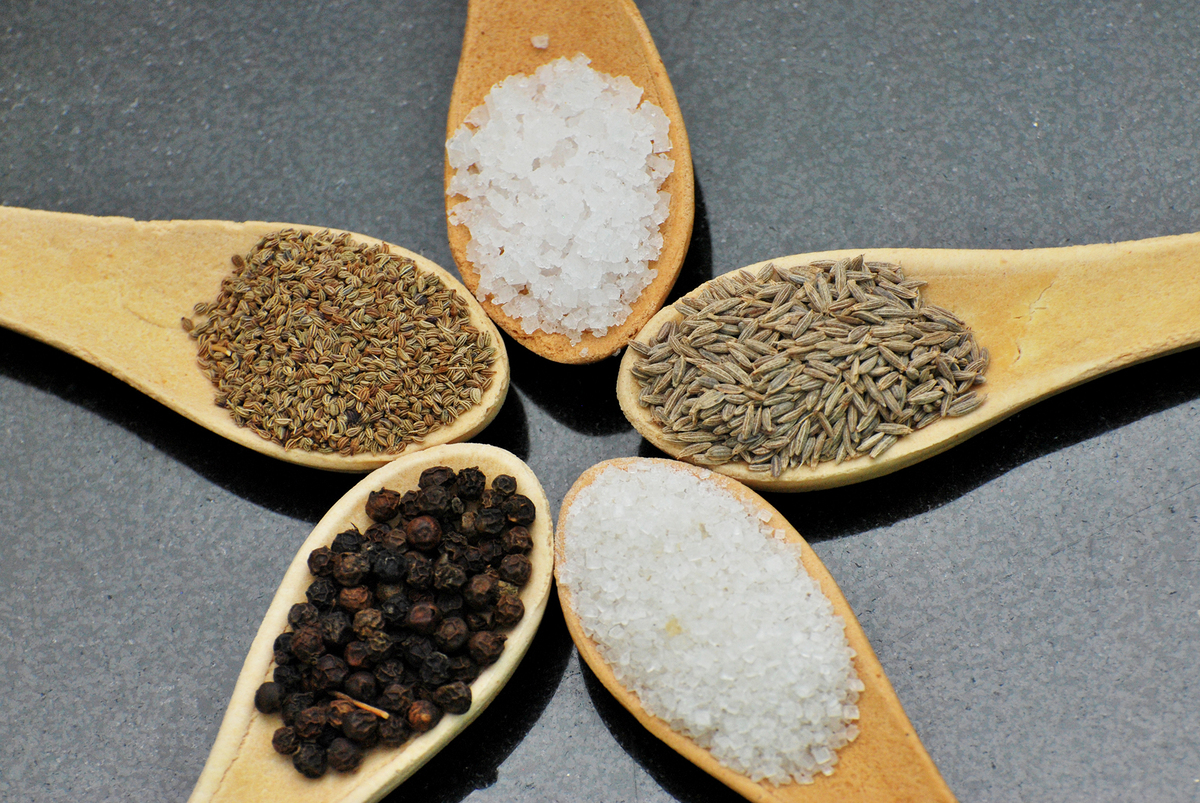 During his daily bus commute in the bustling Indian city of Hyderabad, there was something that really bothered Narayana Peesapaty.

"Everybody was eating something on their way to work," says Peesapaty, who was working as a sustainable farming researcher for a nonprofit organization at the time. But it wasn't his fellow bus riders' snacking habits that troubled him. It was their plastic cutlery.

Every day, he'd see hundreds of people chuck their plastic spoons and forks in the garbage. Grasping the scale of this problem, Peesapaty had an epiphany: "What if we could actually eat the cutlery, instead of throwing them away?"

So, in 2010, he founded Bakey's — a startup that sells edible spoons that taste just like crackers, made out of dried millet, rice and wheat. 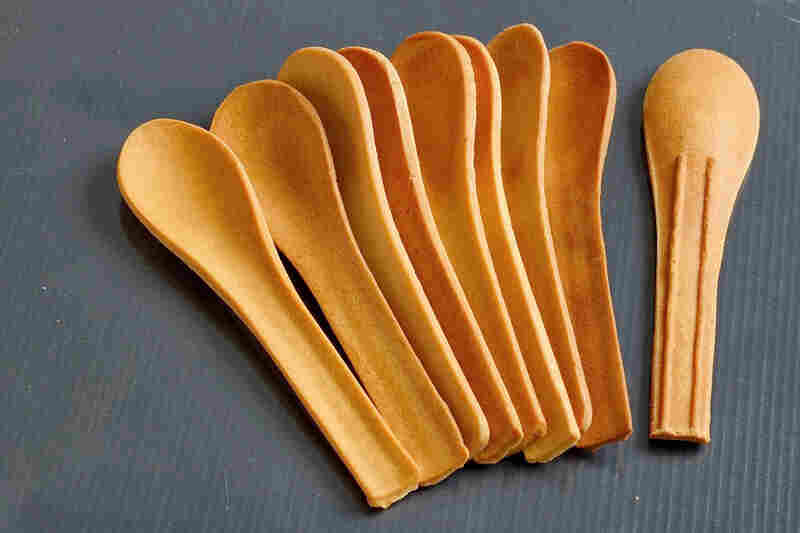 The spoons hold up pretty well when used to eat soups and other liquid foods. Courtesy of Bakey's hide caption 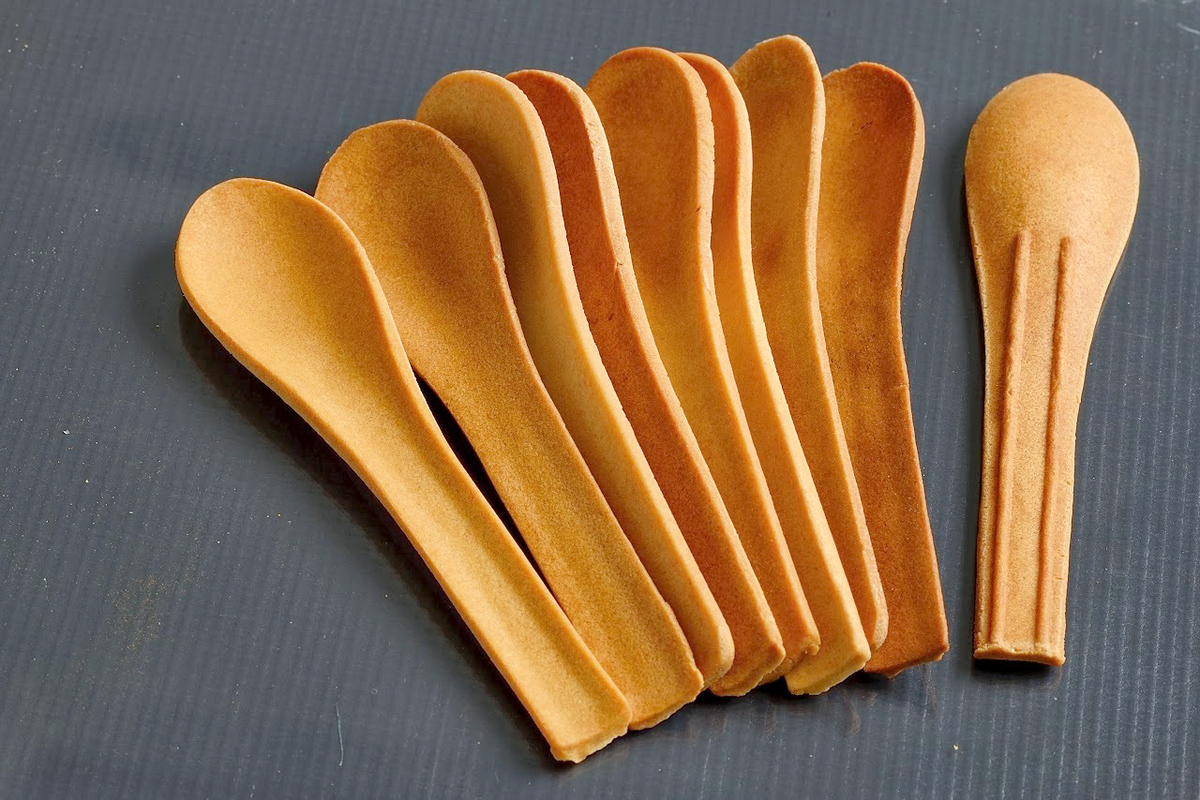 The spoons hold up pretty well when used to eat soups and other liquid foods.

The edible utensils come in three flavors — plain, sweet (baked with a bit of sugar) and savory (seasoned rock salt, black pepper, cardamom and cumin). For those with a gluten intolerance, Bakey's substitutes the wheat with barley and corn. The ingredients are all sourced from local farmers, Peesapaty says.

These spoons have a shelf life of three years and can decompose within days after use — if they're not eaten, that is. And because they're baked at high heat and contain very little moisture, Peesapaty says, it takes about 10 minutes of soaking before the spoons start to dissolve in yogurt or soup.

Edible and biodegradable cutlery can be a great alternative to nonbiodegradable plastic, says Ben Kneppers, a sustainability consultant and co-founder of the plastic waste social enterprise Bureo. But they come with their own set of ecological risks.

"If you are producing crops which require land, water and energy solely for the purpose of making single-use cutlery, then you could still run into a big [ecological] footprint," he says, "one that could compete with land meant for producing food." 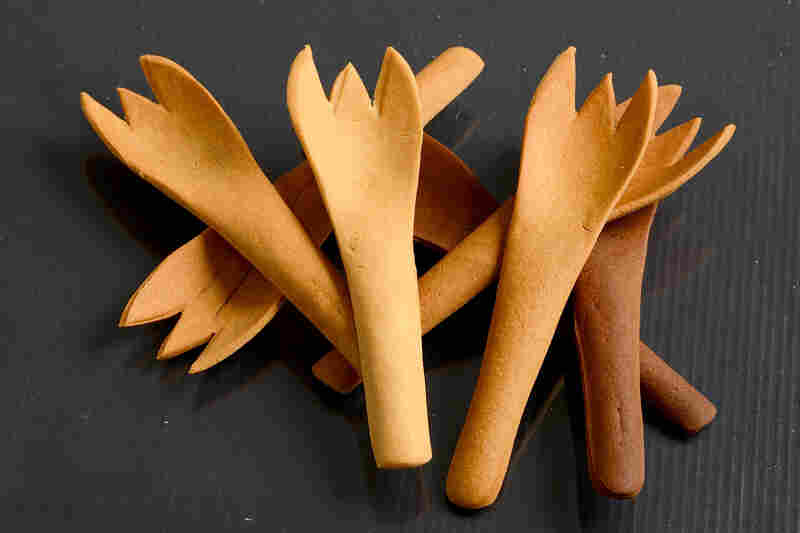 Currently, Bakey's sells only spoons, but the company has developed prototypes of forks and chopsticks. Courtesy of Bakey's hide caption 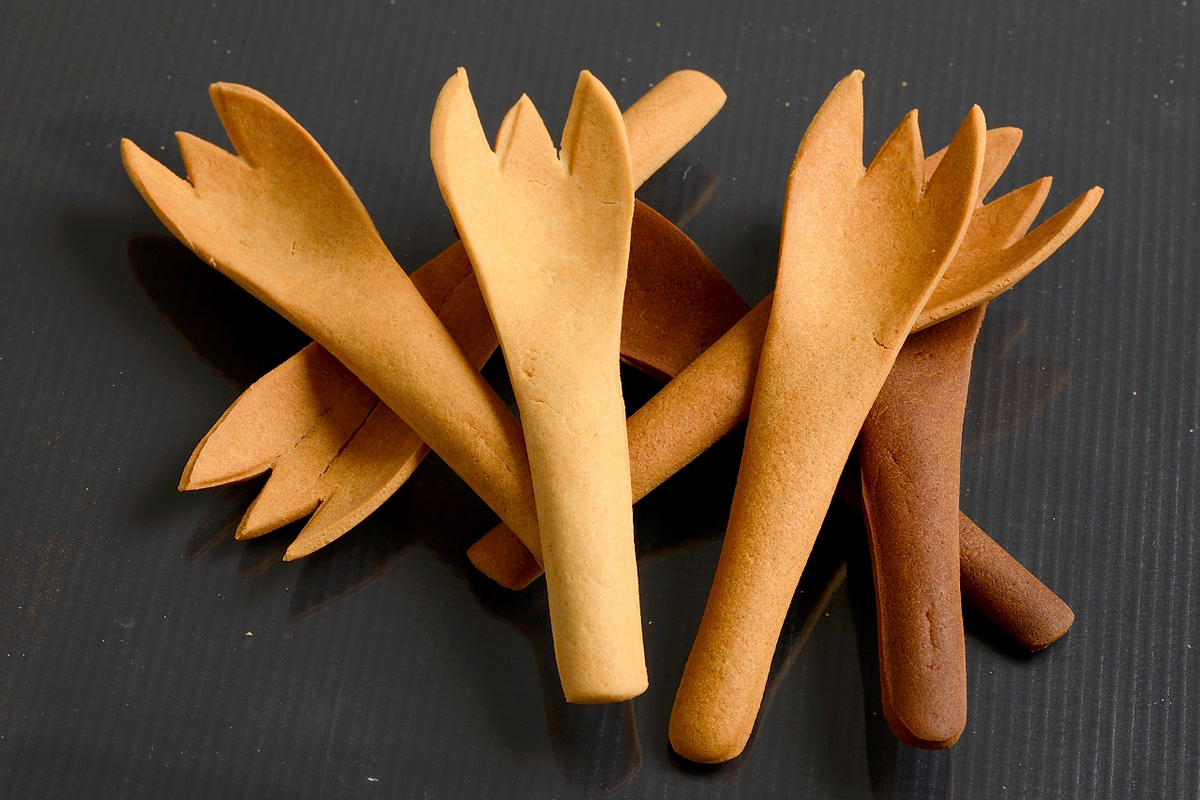 Currently, Bakey's sells only spoons, but the company has developed prototypes of forks and chopsticks.

Kneppers also stresses the importance of safely disposing of the edible cutlery, as the spoons' high nutrient content could affect the balance of sensitive ecosystems, such as marine areas, so it's "best just to eat them," he says

There's also the issue of cost. A set of 100 edible spoons costs about $4. "They are now a bit more expensive than the [plastic cutlery]," admits Peesapaty. "But depending on the growing demand, it is possible to produce them for much cheaper than plastic."

For now, it seems that many consumers are willing to pay a premium for his products. The spoons are available for purchase online — but Bakey's ships only to customers within India. After being featured in several Indian and international news outlets, Peesapaty says the company has gotten a lot of requests from consumers all over the world. He is currently working to increase output, and he's developing more products — including forks and chopsticks. By early 2017, he says he hopes to start selling internationally.

After all, Peesapaty's fellow commuters aren't unique in their love for plastic cutlery. "If health, hygiene and eco-friendliness are priorities for the governments and people," he says, "such products will get momentum and will actually become the new need."