Accessibility links
1 In 10 People May Face Malnutrition As Fish Catches Decline : The Salt Many people around the world rely on fish not just for protein but for critical micronutrients like iron and zinc. So declining fisheries pose major risks for global health, scientists warn. 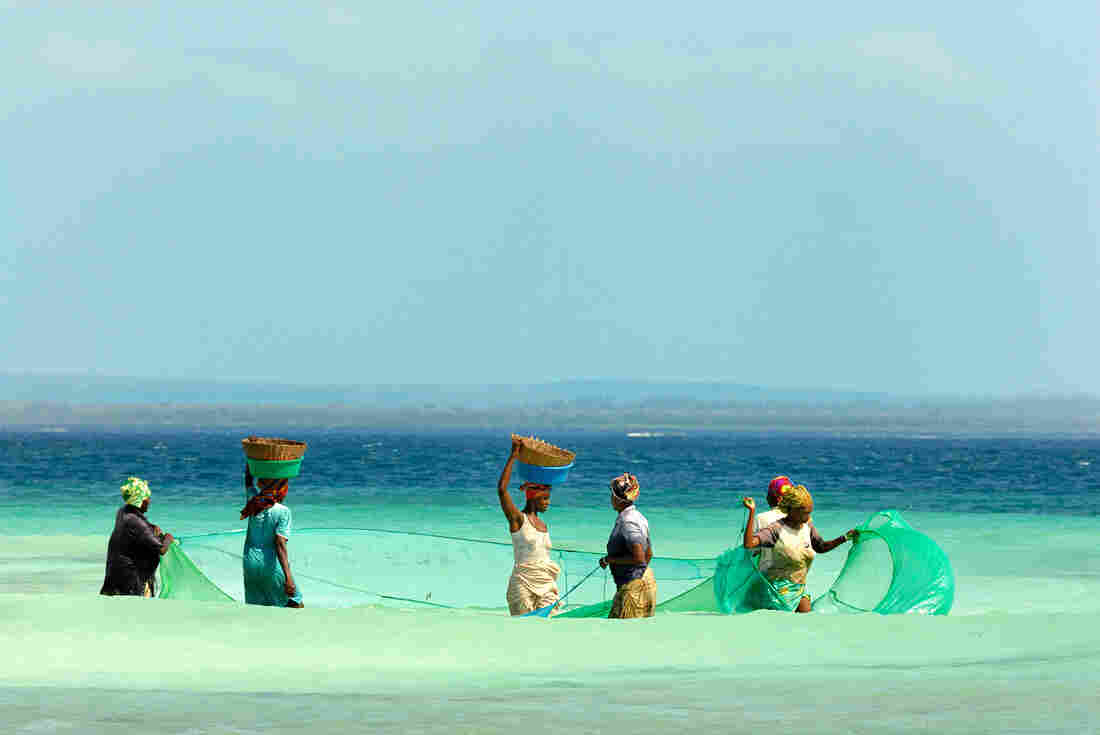 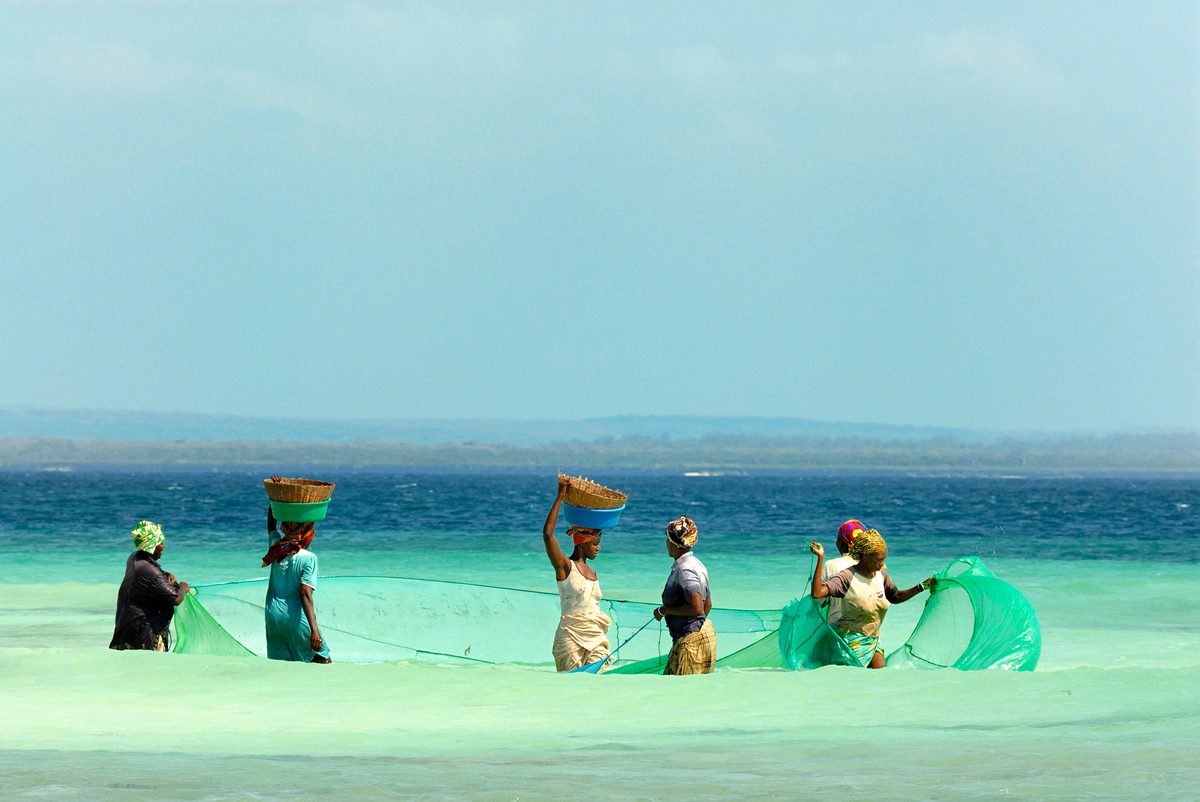 Women from a traditional sea-harvesting community fish in Mozambique.

There are many important reasons to manage the world's wild fisheries. We do it to maintain stock levels, to ensure biodiversity and because fish are valuable. But researchers say there's something else in need of protection: The very people who rely on fish for food.

Scientists are predicting more than 10 percent of the world's population, a whopping 845 million people, will experience deficiencies in critically important micronutrients including zinc, iron, vitamin A, vitamin B12, and fatty-acids in the coming decades if global fish catches continue to decline.

Christopher Golden, lead author and research scientist at Harvard School of Public Health, calls it "a perfect storm" for countries like Indonesia, the Philippines, Malaysia, the Maldives, Angola, Ghana, Nigeria and others that rely heavily on wild-caught fish for sustenance, and cautions the findings are just "the tip of the iceberg."

It's in these regions, close to the Equator, where nutrition is highly dependent on wild seafood, and where fisheries are "most at risk from illegal fishing, weak governance, poor knowledge of stock status, population pressures and climate change," Golden and his co-authors warn in a commentary in the journal Nature. "These countries urgently need effective strategies for marine conservation and fisheries management to rebuild stocks for nutritional security." 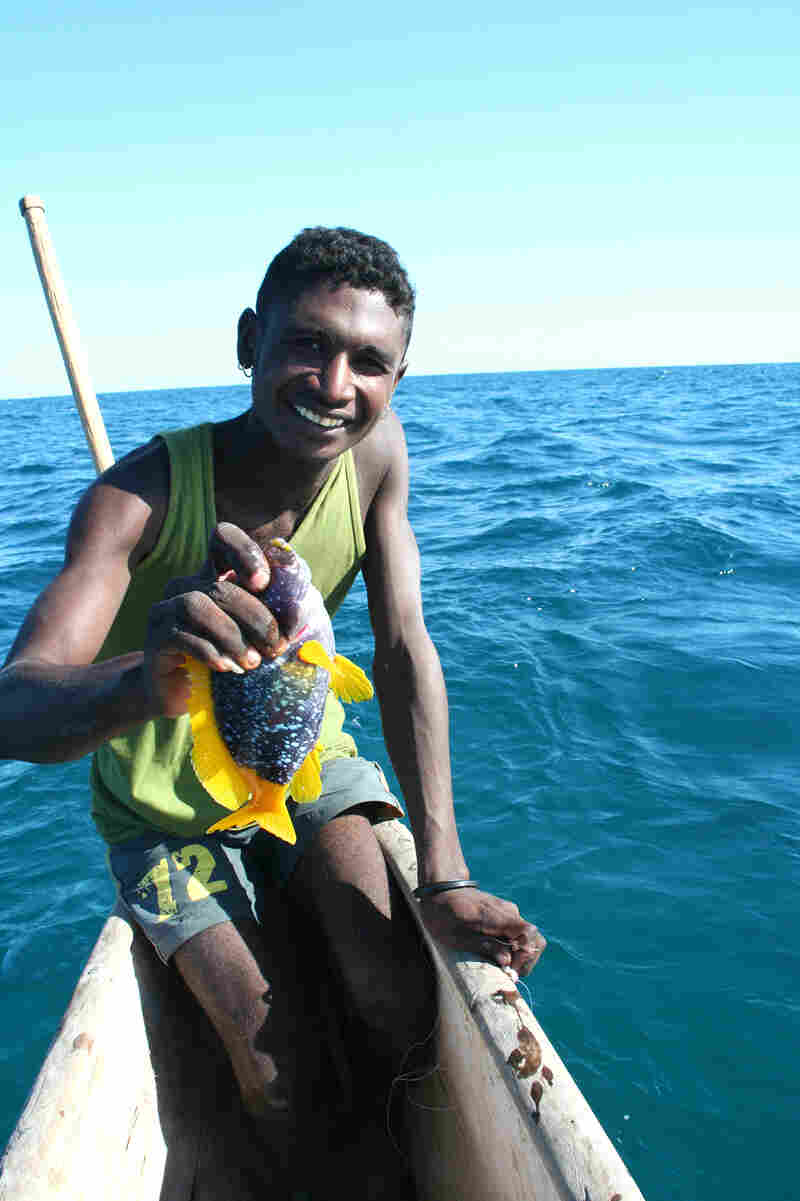 Up until now, they say, studies have focused only on protein loss from lack of seafood — overlooking how micronutrient loss could greatly impact health, says Golden.

We humans need micronutrients in only tiny amounts, but our bodies still require them for good health, explains Ashley Koff, a Washington, D.C.-based registered dietitian. Zinc, for example, is important for immune health. Iron is critical for bringing oxygen into red blood cells, helps prevent anemia and for children, it's important for total body growth. Fatty acids are essential for brain growth and development.

"While they're micro, they play a significant role in reproductive and overall health," she says.

Golden says the nutrients in the seafood these at-risk communities rely on for their overall diets can't easily be replaced. "In the developed world, we have the option of being vegetarian and doing it in a healthy way," says Golden. "We have vitamins, supplements and fortified foods. What most people face in the developing world is restricted market access to dietary diversity."

And they face exposure to disease — "things like malaria, intestinal parasites and other diseases that leach micronutrients out of the body. This is broadly why animal-sourced foods are so important in the diet in the first place," he says. "The demand for micronutrients would be greater in those populations than in our own." 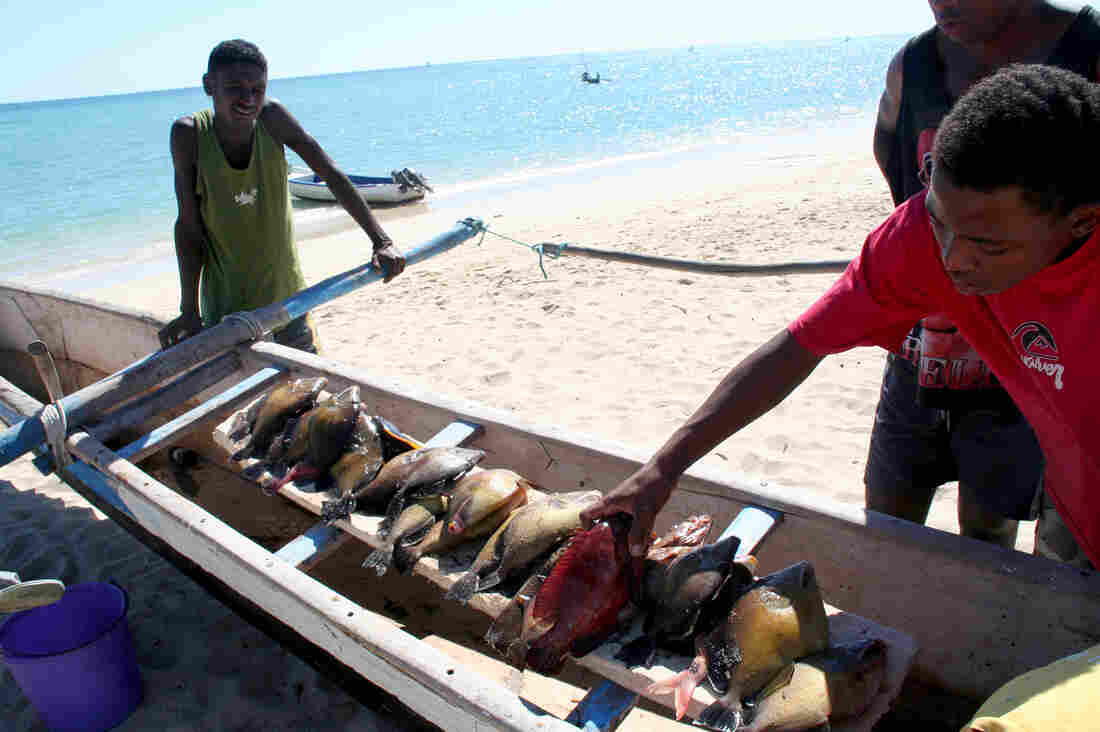 Fish caught in southwestern Madagascar by subsistence fishermen who travel in pirogues — with sails made of rice sacks — to capture fish with nets or lines. Courtesy of Christopher Golden/ Harvard T.H. Chan School of Public Health hide caption

It's not the first time Golden has explored the intersection of conservation and nutrition. In Madagascar he studied the connection between access to bushmeat, such as consumption of lemurs, and its effects on malnutrition in children.

In countries experiencing climate change effects, like drought or flooding that devastate land-based crops, fishing for food has become an act of desperation.

"In many developing countries, fishing is employment of last resort," says Nakul Saran, vice president of Fish Forever, a global program working with small-scale fishers in the Philippines, Indonesia, Mozambique, Brazil and Belize on issues like overfishing and fisheries management.

Those that take up fishing are often rewarded the least for their hard work. Saran points to the decline in what's called "catch per unit effort."

"It means, how much would a fisher catch on one day of fishing?" Saran explains. "If that was 40 kilos of fish in the 1970s or '80s, it's now down to 4 or 5 kilos. Fishermen who would have saved some of that fish for their own families now sell it" because they can't afford to keep it.

And it's contributing to the malnutrition of coastal communities, he says.

Golden says a good example of that is in the Maldives.

"The Maldives have some of the most sustainable fishing practices in the world, but they're at risk locally because their [diet] is heavily reliant on fish, and their catch is expected to decrease. Climate projections predict their fisheries will move towards the poles," he says. And "because you're seeing fish from the Maldives in your supermarket, it means they're not getting it locally."

Researchers say even a 10 percent recovery in global fisheries would be enough to positively impact health. And it's an attainable goal, according to a study released earlier this spring that showed that, with an overhaul of fisheries management practices, the majority of wild fisheries could be at healthy levels within a decade.

If you're thinking aquaculture could be the silver bullet until wild fisheries recover, Golden says not so fast. The vast majority of farmed seafood, like tilapia, shrimp and catfish, are destined for wealthier markets in Europe and North America. And the countries already struggling with climate-induced shifts in fish migration may have a tough time launching an aquaculture industry. Fish, shrimp and bivalve farming are often done in river deltas, brackish-water lagoons and low-lying coastal areas which would be hampered by sea-level rise, ocean acidification and more intense storms.

And Golden warns that the data he's pulled — from sources like the Global Expanded Nutrient Supply and the Sea Around Us, a database reconstructing fish catches over decades in coastal communities around the globe — may not reflect all the subpopulations that would be impacted by malnutrition.

"If you look at a country like Tanzania," he notes, "it looks like they're not hugely reliant on seafood." That's because the entire country is included in the data, including communities who eat very little seafood because they're far from the sea. But if those groups could be broken out and counted separately, the numbers of those at-risk for malnutrition could climb even higher than Golden's estimate of 10 percent — already a dire warning of its own.