Accessibility links
Beer Bottles Will Soon Include A Reality Check: A Calorie Count : The Salt Some of the biggest brewing companies have agreed to list the number of calories, alcohol content and nutrition information on beer bottles and cans. 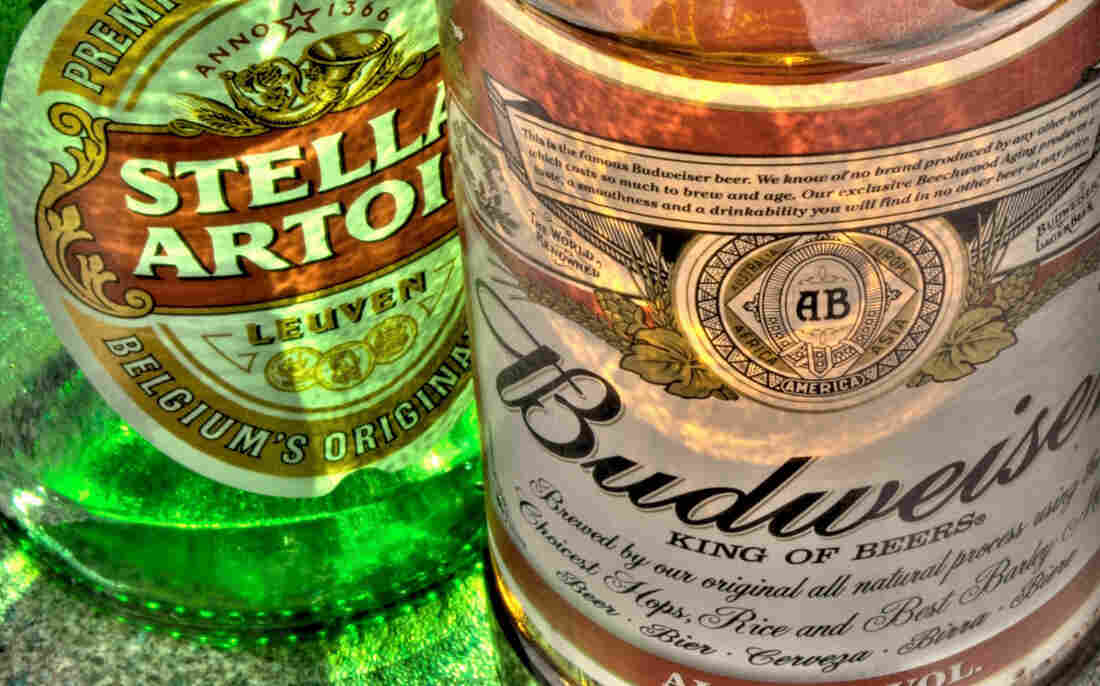 A 12-ounce bottle of Stella Artois contains 150 calories whereas a bottle of Budweiser Select, only 120. davidgsteadman/Flickr hide caption 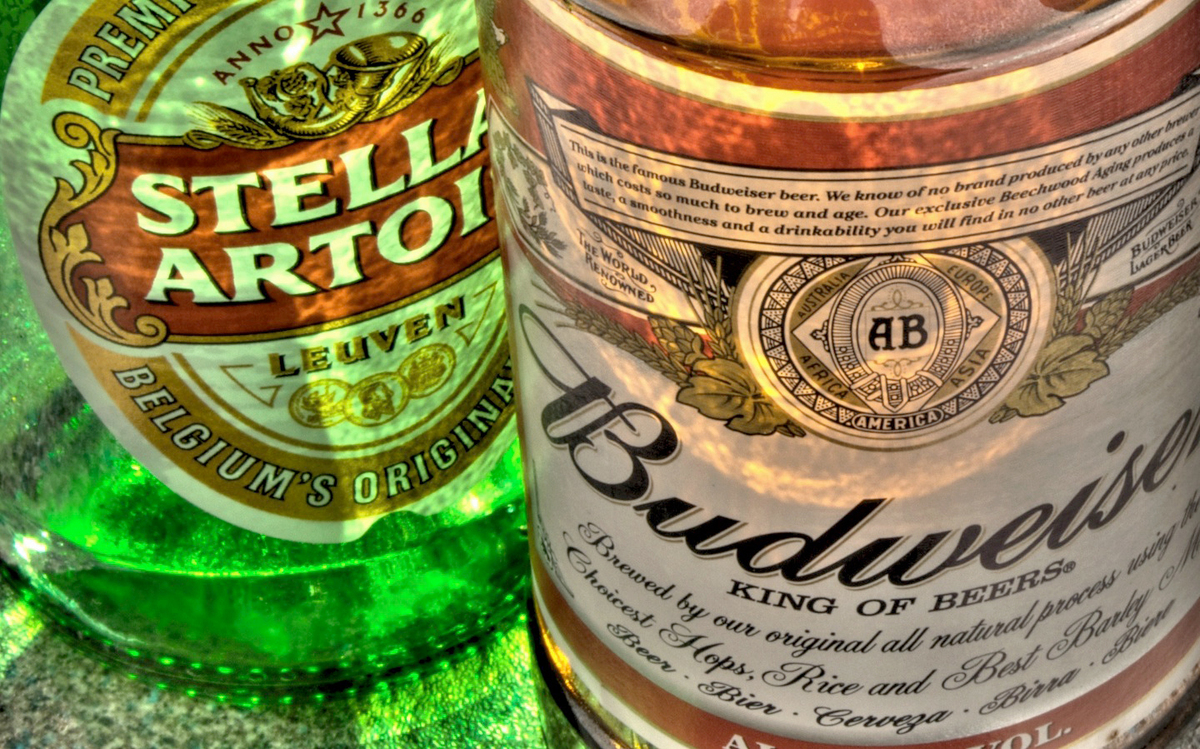 A 12-ounce bottle of Stella Artois contains 150 calories whereas a bottle of Budweiser Select, only 120.

Since calorie labeling on most alcoholic beverages is voluntary, it's often hard to know how many calories are in your favorite brew.

And — perhaps — ignorance is bliss. But ignoring those liquid calories is about to get a lot tougher. Soon, calorie counts may be staring you in the face.

The Beer Institute, a trade group that includes the biggest brewing names, such as Anheuser-Busch, MillerCoors and Heineken USA, has announced a new initiative aimed at transparency.

Brewers will list calories, carbs, alcohol by volume — ABV — and other nutrition information right on their bottles and cans.

The group says participating brewers will also include a freshness date and an ingredient list, which consumers can access by a QR code or on secondary packaging, such as the box or carton.

Beer Institute CEO James McGreevy says six leading beer companies — which produce about 80 percent of all the beer sold in the U.S. — have agreed to follow the new standards.

"We've seen poll after poll that indicates ... consumers are interested in knowing calories and other information," says McGreevy. He points to a recent Harris Poll that found 72 percent of beer drinkers "think it's important to read nutritional labels when buying food and beverages."

"We're proud of this initiative," says McGreevey. And he urges wine- and spirit-makers to follow suit.

Not all brewers will add labels right away. The Beer Institute is planning a three-year implementation period.

Craft Brew Alliance, a publicly traded company based in Portland, Ore., that markets brands including Redhook and Kona Brewing, says it is still working out how it will comply.

"We are 100% committed to disclosing this information for all of our brands, but are still evaluating where the information will be located," Andy Thomas, CEO of Craft Brew Alliance, told us by email. For instance, the information could be posted on secondary packaging or the packaging could reference a website link.

The Brewers Association, a trade association for craft brewers, says don't expect all small breweries to label calories on their bottles.

"The Brewers Association supports transparency in labeling," the association's Paul Gatza told us in an email. But "the approach the large brewers have taken may not be feasible for smaller brewers, many of whom offer dozens of small scale, seasonal products every year."

A recent analysis of beers by the Center for Science in the Public Interest finds that calorie counts vary greatly.

Who knew that a bolder-tasting stout or IPAs can have double, or in some cases triple the number of calories compared with lighter beers.

"I was surprised," says Lindsay Moyer of CSPI. "Surprised to see how high in calories some of these craft beers can get."

A 12-ounce can of Budweiser has 145 calories. Compare this, says Moyer, with a Sierra Nevada Torpedo Extra IPA, which has about 240 calories.

And what about the higher-end beers?

"Brooklyn Brewery Chocolate Stout Beer has 320 calories," says Moyer. "Beers like the [chocolate stout] tend to be both higher in alcohol and carbohydrates." And the general rule of thumb is that higher-alcohol beers are also higher in calories.

So if that one beer you planned to drink becomes two — because hey, who's counting? — "You're looking at upwards of 500 calories, easily!" says Moyer.

And remember, these calorie estimates are for 12-ounce cans. If you order a draft pour in a bar or restaurant, the serving size — and yes, the calorie count, too — goes up.