Accessibility links
#FoodPorn, Circa 1600s: Then And Now, It Was More About Status Than Appetite : The Salt A new study of old masters finds that capturing and showing off decadent and expensive meals is a decidedly old-fashioned practice. Like today's Instagrammers, it was all about projecting an image. 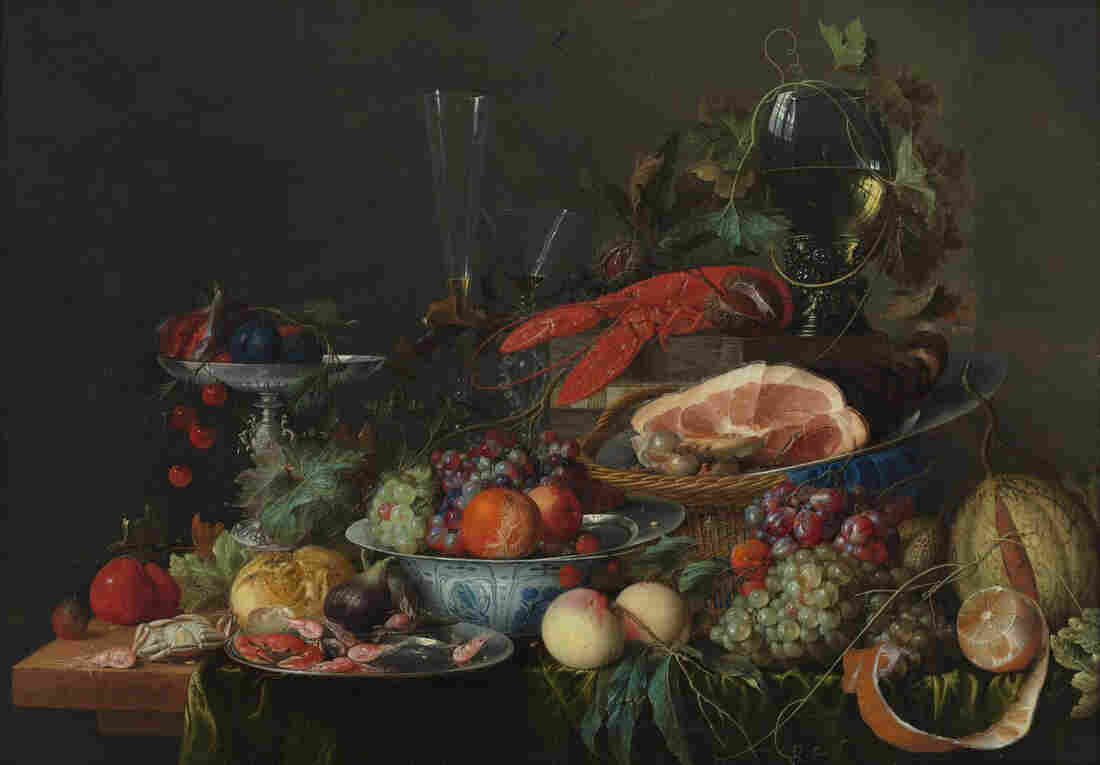 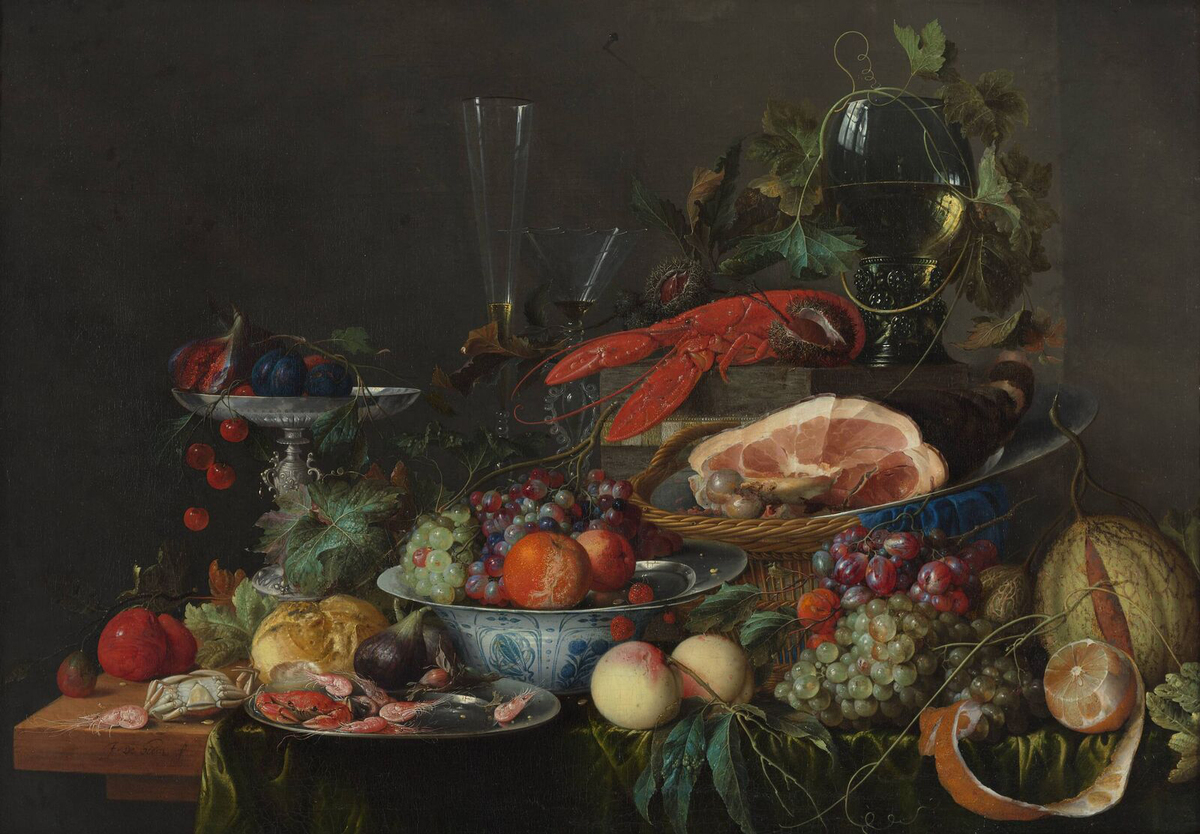 A Jan Davidsz de Heem still life with ham, lobster and fruit, circa 1653

The table is set for dinner. Small cooked crabs and shrimp are laid out on the thick wooden tabletop next to succulent figs, grapes, pears and types of produce you can't even name. There's a citrus with a long coiling peel draped around it, and an entire roast of some animal's leg that's been cut down the middle — so you can see the thick layer of fat running around the edge. Just for good measure, a red lobster and ornate goblet of wine stand on a pedestal above it.

If this meal were laid out in 2016, you'd get out your phone and Instagram a perfectly filtered photo before digging in, #foodporn. But in the 1600s, when famous still life artist Jan Davidsz de Heem was eating, people showed off their meals with paintings instead.

A new study by Cornell's Food and Brand Lab found that capturing and showing off decadent and expensive meals is a decidedly old-fashioned practice. Brian Wansink, author of Slim by Design, and Andrew Weislogel, a curator at Cornell University's Johnson Museum of Art, studied 140 paintings of "family meals" from 1500 to 2000 and found that the majority of foods depicted were not part of the average fare. Some of the most likely foods to appear were shellfish, ham and artichoke. For the common classes during the time these paintings were made, Wansink says, more likely items to eat would have been chicken, bread and the odd foraged fruit.

People don't usually Instagram frozen foods they put in the microwave. Instead, the most successful #foodporn is often an item the photographer laboriously made in the kitchen or found in either an expensive or out-of-the-way restaurant. A recent top #foodporn on Instagram is a photo of seven elaborately decorated eclairs. In the caption the food blogger behind @dialaskitchen compares the Toronto-made pastries to some found a couple years ago, "while at L'atellier de l'éclair in Paris."

Wansink says that today's social media food posts often attempt to convey that their creator is worldly, adventurous and has money to spare. "None of these things are about food," he says.

In the paintings, some of the most popular foods are ones that had to be imported or were highly valuable. "It wasn't Italian paintings that had olives," Wansink says. "It was the countries that had to import them." Olives, he points out, are somewhat useless nutritionally and aesthetically. "They look like black marbles," he says. Even if they are delicious.

Interestingly, as paintings got closer to contemporary times, the foods in them began reflecting what people ate.

"With the industrialization of the world there [came] a lot of other ways to communicate your status and your stature than through the paintings of food," Wansink says. But social media has brought out the desire to use culinary self-portraits to show off once more.

"Most of us on a month-to-month basis don't do anything that amazing," Wansink says. By taking photos of food, people can portray their lives as exciting without climbing Mount Everest or even leaving their town.