Accessibility links
These Old-Timey Philly Candies Offer A Taste Of Politics Past : The Salt Clear toy candies are a centuries-old local tradition. With the Democratic convention in town, an old-school candy maker is peddling some with a political bent. Think lollipop meets Mount Rushmore.

These Old-Timey Philly Candies Offer A Taste Of Politics Past

These Old-Timey Philly Candies Offer A Taste Of Politics Past 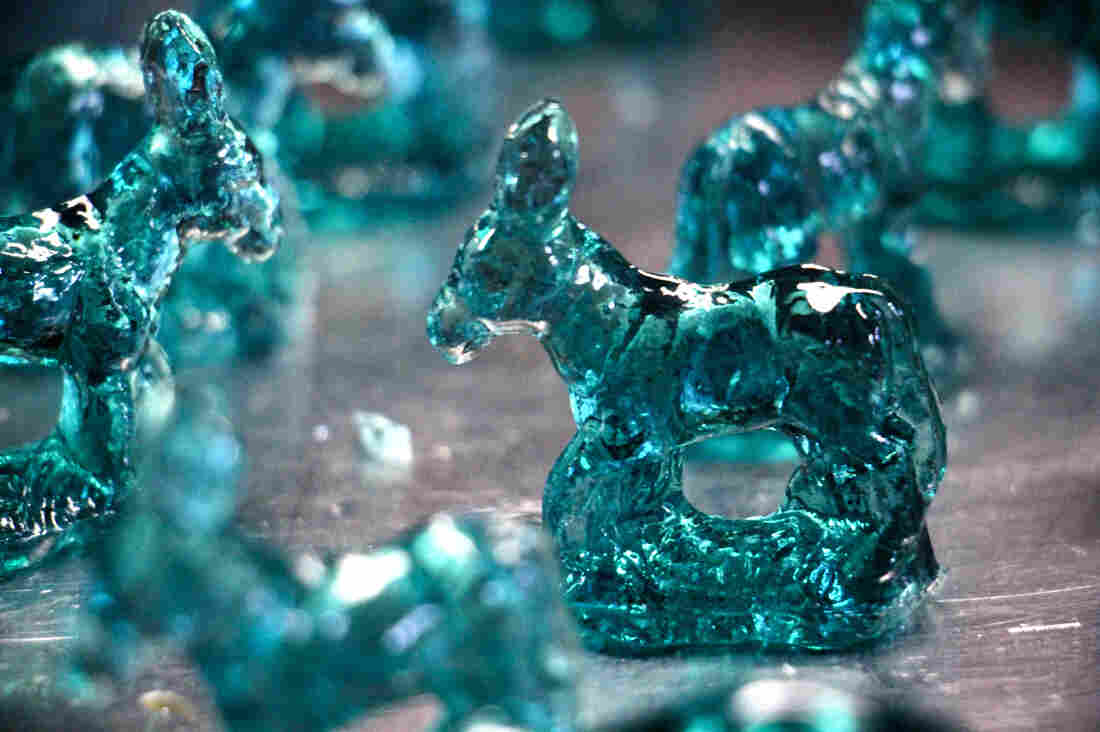 A clear toy donkey in blue will join elephants in red on the shelves at Shane Confectionery during the Democratic National Convention. Emma Lee/WHYY hide caption 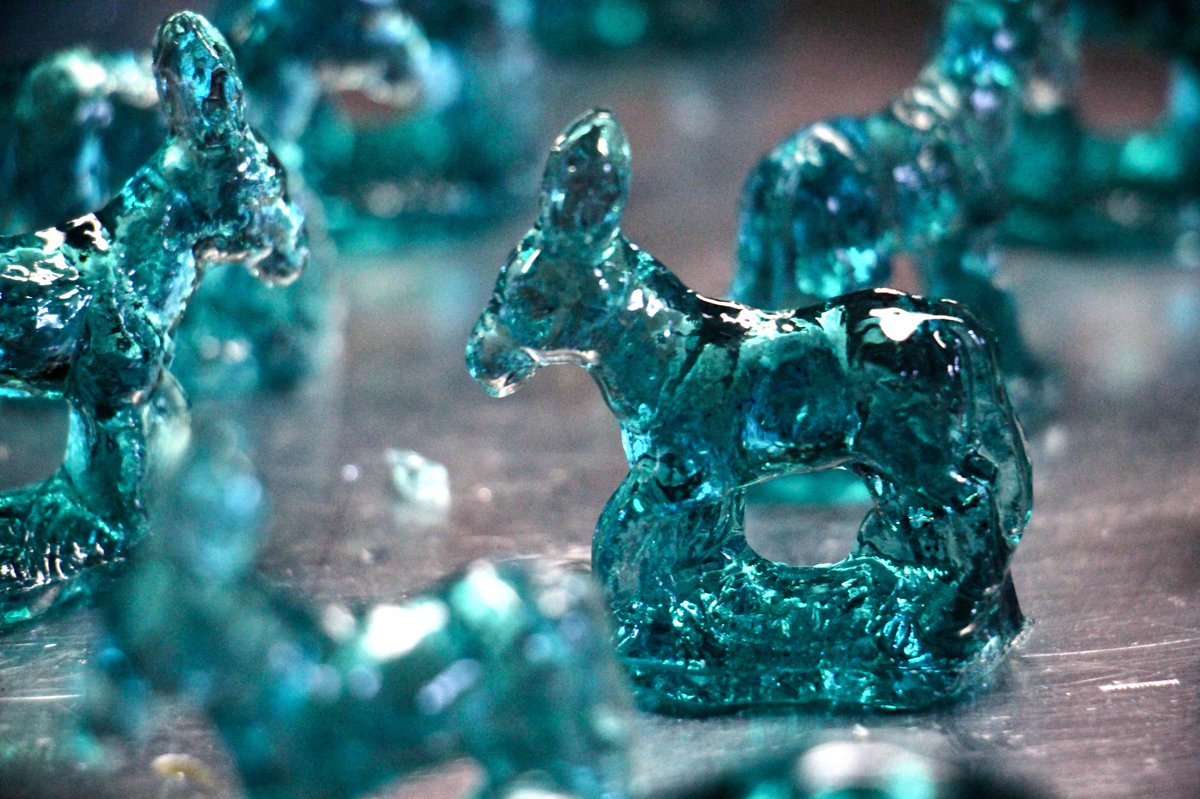 A clear toy donkey in blue will join elephants in red on the shelves at Shane Confectionery during the Democratic National Convention.

While many are calling this election a bitter contest, one Philadelphia business has found a sweet side to the electoral process — by reviving a patriotic tradition dating back centuries: clear toy candies.

Made of sugar, water and maybe a little coloring boiled to the correct temperature, then poured into elaborate molds, clear toy candies are a Pennsylvania tradition. With the Democratic convention in town this week, Philadelphia's renowned clear candy maker, Shane Confectionery, is putting out these sweet sculptures with a political theme.

To make the candies, "you take sugar, corn syrup and water, and you mix it up," explains Pavia Burroughs, clear toy candy manager and designer for Shane Confectionery. The mixture is boiled in a copper pot with a tapered spout "that's really great for pouring" into molds, she says.

Then, "we brush down the sides [of the mold] with water, because we don't want any sugar crystals getting into the mix," she explains. "If they do, your nice clear, smooth sugar will start crystallizing in a few days, and you'll have a very foggy, unclear clear toy."

Philadelphia was once the center of a vibrant clear-toy candy industry. At one point from the mid-19th to 20th century, Thomas Mills and Brothers — a noted maker of the metal molds used to make the candies — occupied an entire city block.

Those historic molds have now become collectors' items. Burroughs says they're so rare because they're crafted from "composition metal made out of tin and zinc." It's the best kind of metal for the molds, she says, because it cools at an even temperature.

"But a lot of gray metals were lost during World War II, because everyone had to donate their extra metals to the war effort. 'Bullets over candy models' was sort of the notion," she says.

Ryan Berley owns Shane Confectionery with his brother, Eric. They're on a mission to preserve Philadelphia's history as a candy-making center. In the 1700s, Ryan Berley explains, German immigrants brought the clear toy candy tradition to America. It was an important part of Christmas celebrations.

"At the holidays," says Berley, "when sugar was quite rare in the 18th and 19th century, getting a piece of hard sugar in the shape of your favorite farm animal or dollhouse furniture was a really special treat for boys and girls."

So how did a German Christmas tradition become an American patriotic symbol? It goes back before Presidents Day, when Washington and Lincoln's birthdays were celebrated on their actual birthdates.

Says Berley, "We know that Washington's birthday was also a time for parties, selling ice cream with candied cherries and the hatchet theme. That is probably where our large Washington mold comes from."

Shane will be selling patriotic-themed clear toy candies during the convention, but don't expect a clear toy Trump Tower or pant suit-attired nominee. That's too modern! Like all things at Shane Confectionery, everything new is old again.

Lari Robling is the producer of WHYY's Voices in the Family with Dr. Dan Gottlieb and wrote the Philadelphia chapter of Barron's international 1001 Restaurants You Must Experience Before You Die.