Accessibility links
75 Percent of Americans Say They Eat Healthy — Despite Evidence To The Contrary : The Salt A third of U.S. adults are obese, and 80 percent don't eat enough fruits, veggies and whole grains. Yet our poll with Truven Health Analytics suggests that as a nation, we eat with blinders on. 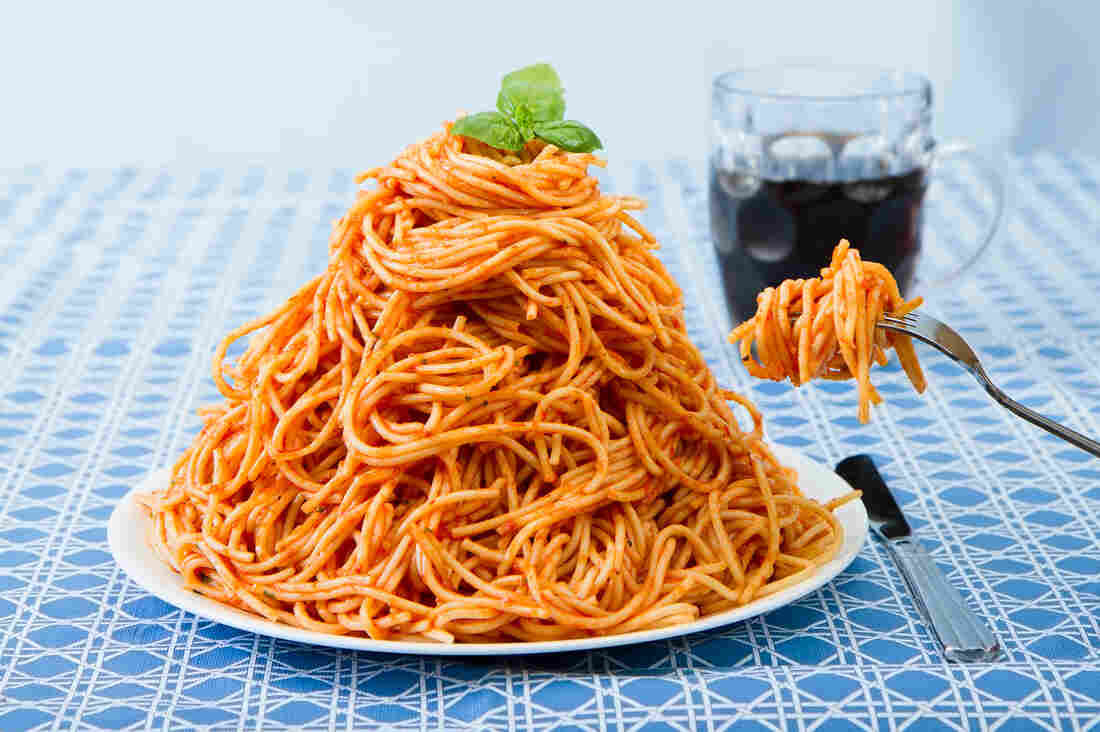 Are we choosing foods that could be healthy in moderation, but eating too much of them? Diane Labombarbe/Getty Images hide caption 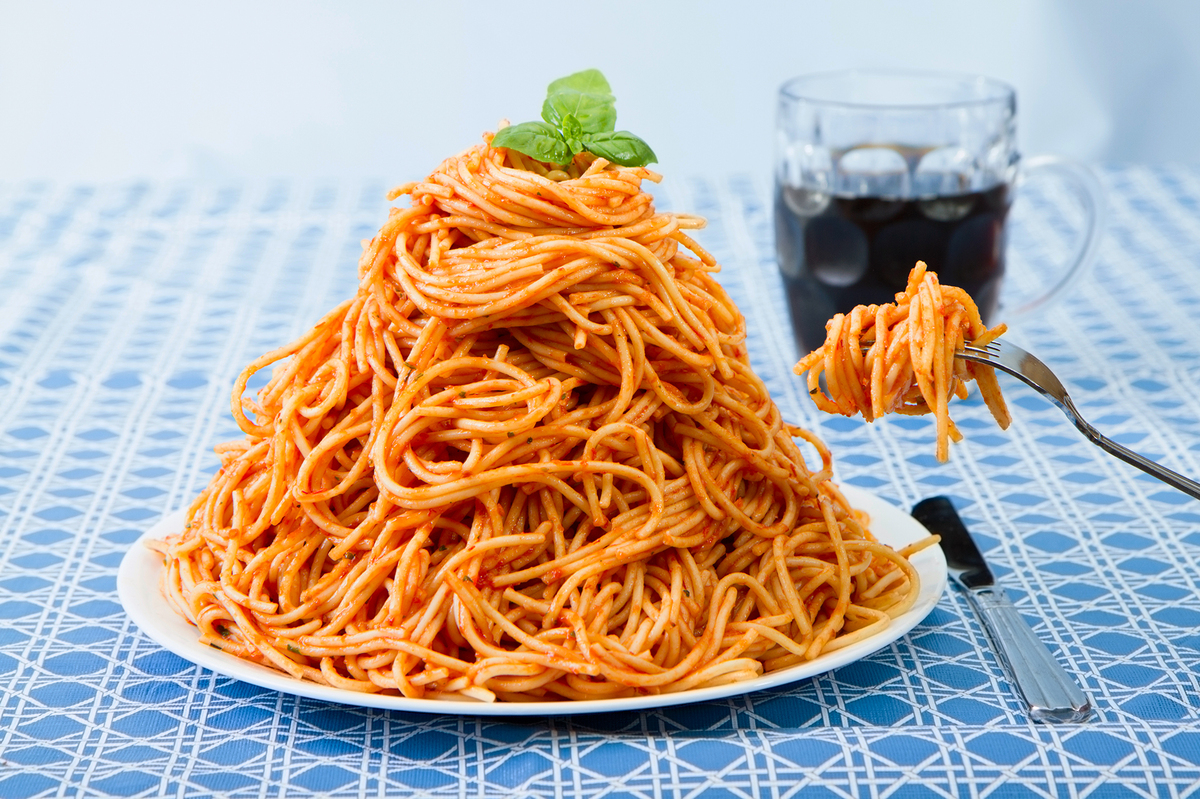 Are we choosing foods that could be healthy in moderation, but eating too much of them?

We're living at a time when more than 80 percent of Americans fail to eat the recommended amounts of fruits and vegetables. At the same time, many Americans overeat refined grains and sugar.

This may help explain why the obesity rate seems stuck. The most recent estimate is that 36 percent of adults in the U.S. are obese.

But, as a nation, we seem to have our blinders on. Despite much evidence to the contrary, most Americans say they have a healthy diet.

This comes from a poll NPR conducted with Truven Health Analytics, which surveyed a nationally representative sample of 3,000 U.S. adults in May.

One question they asked: How healthy would you consider your eating habits to be? About 75 percent of respondents ranked their diets as good, very good or excellent.

Hmm. Are Americans confused about what constitutes a healthy diet? Do they say one thing, but do another? Or perhaps it's a matter of portion size: We may be choosing foods that are healthy in moderation, but are eating too much of them.

We asked a range of experts who study eating habits.

Nutrition scholar Marion Nestle at New York University says portion size — just eating too much — is an issue. "I'd vote for that as a major cause of obesity," Nestle told us by email.

"Some of the problem is that individuals pay more attention to getting good things in their diet than they do to limiting overall intake," adds David Just, a behavioral economist who studies food psychology at Cornell University. "It is hard to monitor overall consumption. It is easy to remember to add a fruit or vegetable to the plate."

As a culture, we seem to have food on the brain more. "We eat two more large snacks a day [compared to] 25 years ago," says Barry Popkin, a professor of nutrition at the University of North Carolina. His research points to the trend of kids eating every few hours throughout the day.

"Most people try to do the best they can, given their circumstances," Nestle adds, but there are lots of factors that shape our eating habits: "Education is an issue, but so is relentless food marketing."

As we've reported, the industry spends billions of dollars marketing junk food and sugary drinks. And celebrity endorsements have also been shown to play a role in influencing our habits.

"The industry has people thinking that many of their items are healthy," Popkin says, pointing to sugar-filled granola bars as an example.

And that marketing has proved quite effective, creating a disconnect between what nutrition experts and the public perceive to be healthful foods.

As a recent poll by The New York Times found, 71 percent of the public thinks granola bars are healthy, while only 28 percent of the hundreds of nutritionists surveyed agreed with that assessment.