Accessibility links
Cockroach Milk: Yes. You Read That Right : The Salt Turns out, cockroach milk is among the most nutritious substances on Earth. But it may still be a while before you can scurry to health stores for roach-milk protein shakes. 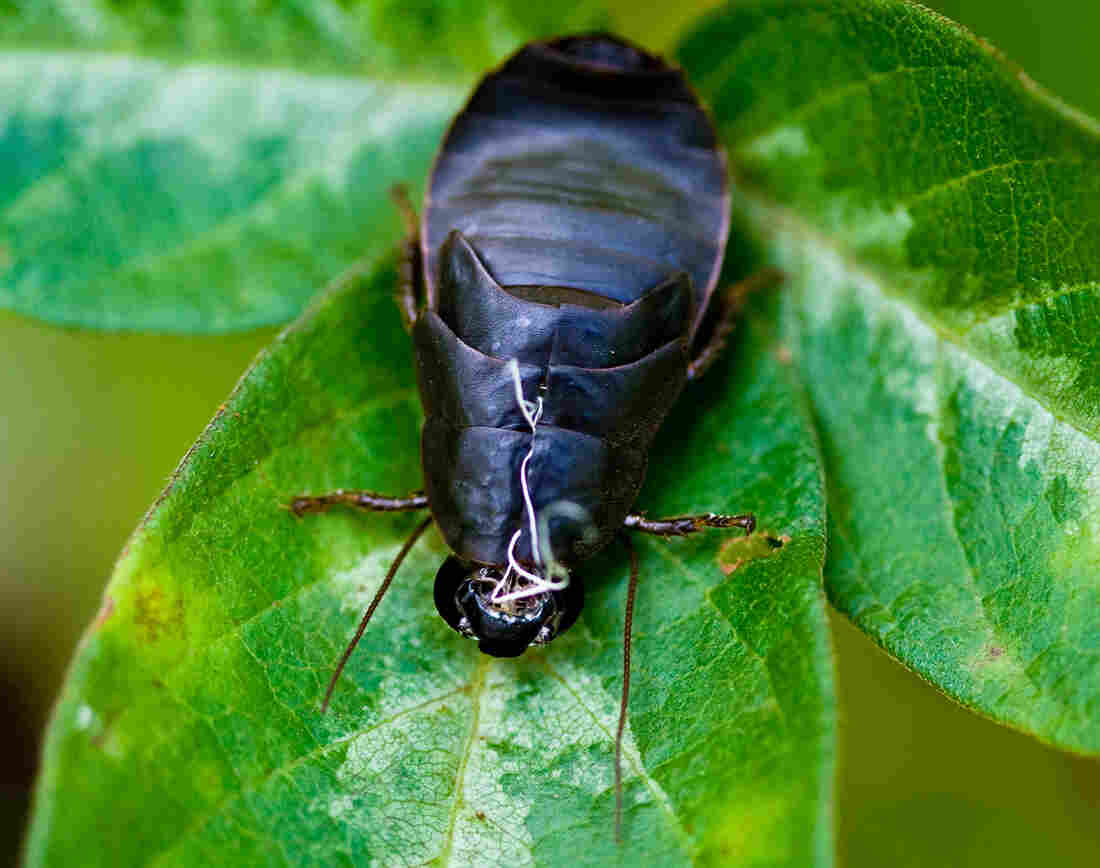 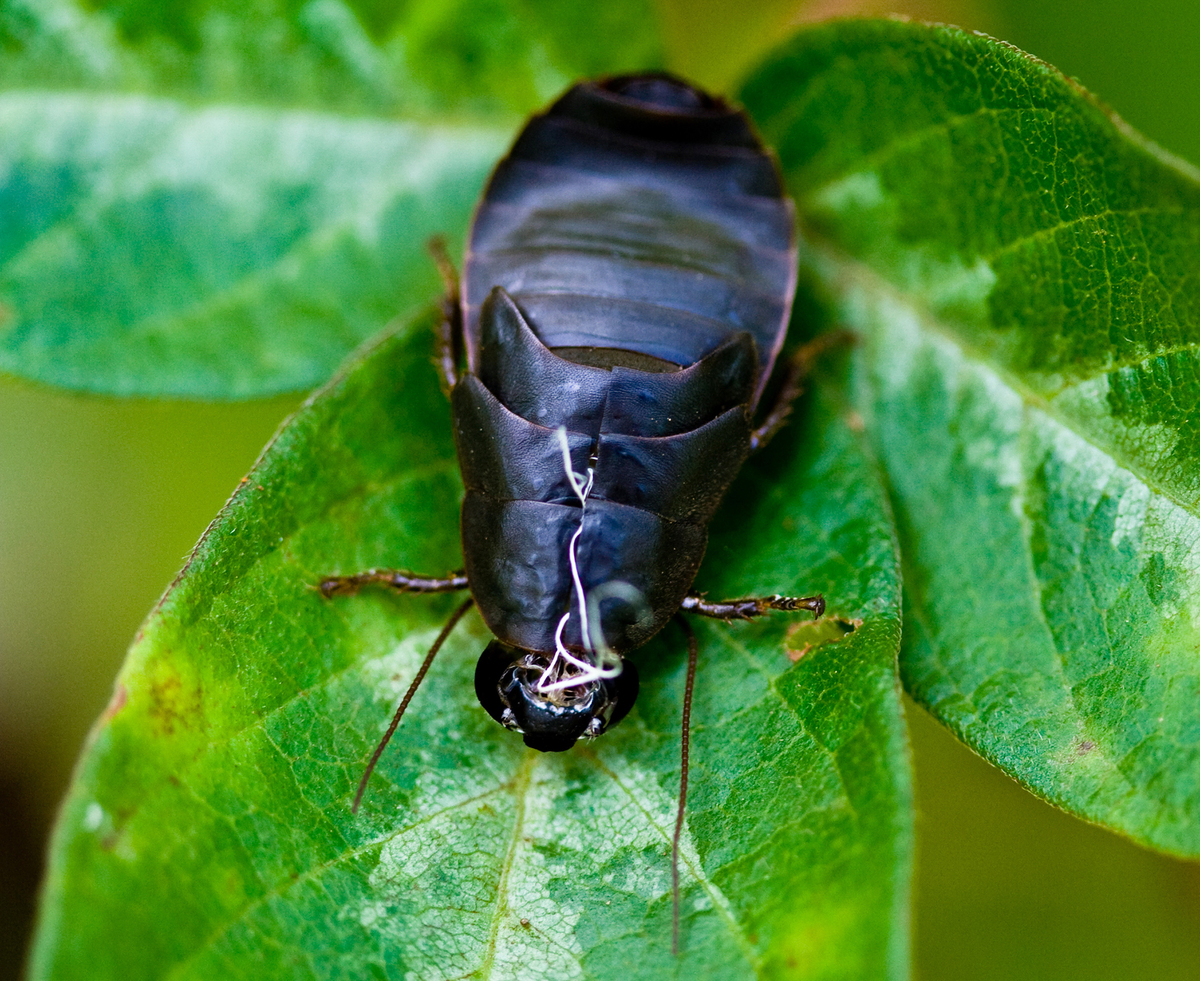 The Pacific beetle cockroach, which is native to Hawaii, gives birth to live young.

Pour out that almond milk — the new hip thing is cockroach milk.

The female Pacific beetle cockroach is one of a kind. Unlike other insect species, this Hawaiian native gives birth to live young. And she feeds them a pale, yellow liquid "milk" from her brood sack. 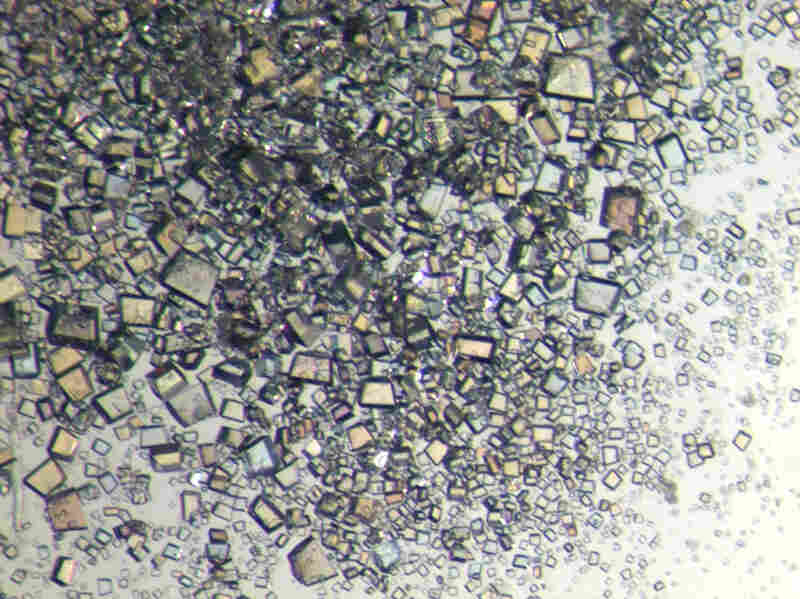 The nutrient-rich milk crystals of the Pacific beetle cockroach are prettier than they sound. Courtesy of Nathan Coussens hide caption 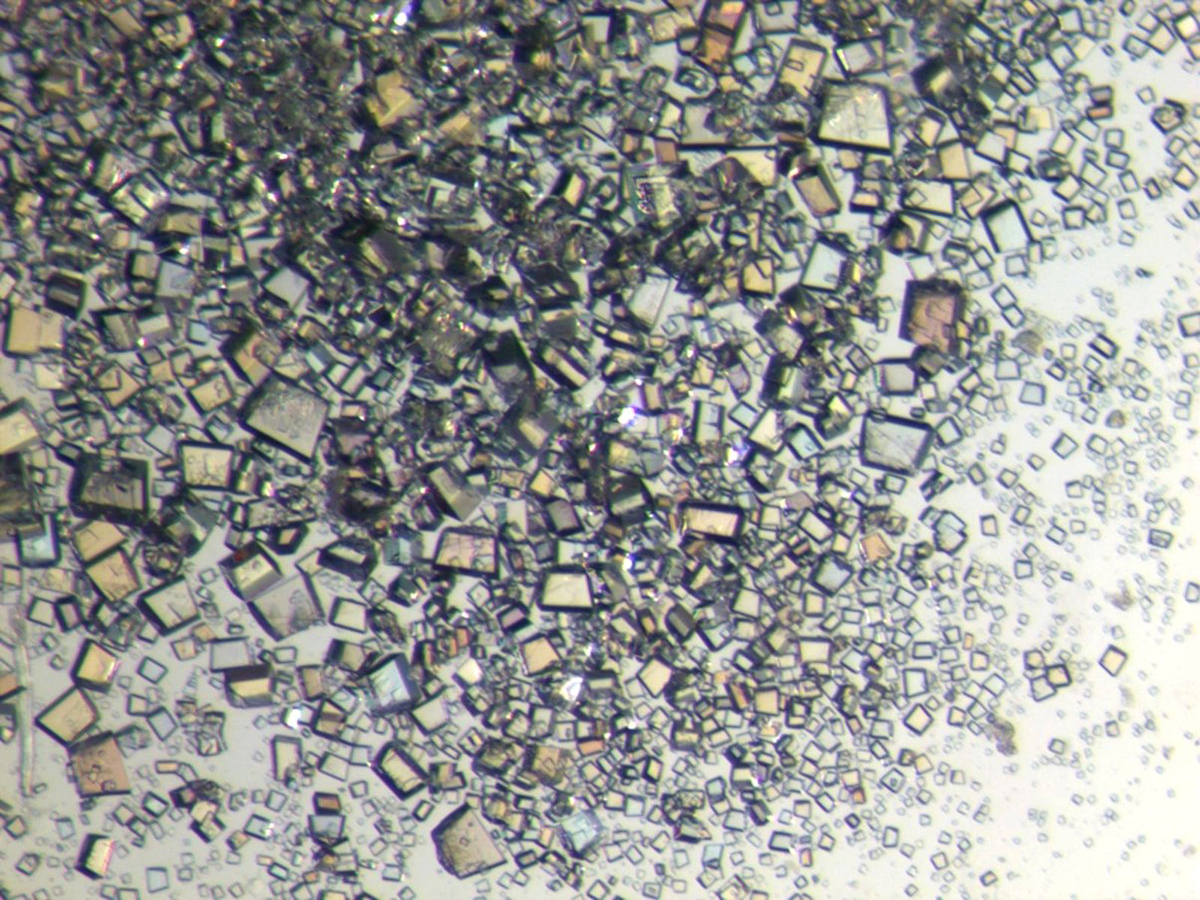 The nutrient-rich milk crystals of the Pacific beetle cockroach are prettier than they sound.

But the craziest thing: Cut open an embryonic beetle roach, and their guts will spill out nutrient-rich milk crystals that shimmer like glitter.

"I discovered that these little embryos at a certain development were able to drink," recalls Barbara Stay, a professor emerita at the University of Iowa who was among the first to study the insect's crystalline milk. "What they were drinking was a liquid substance," she explains — but further along in the embryos' development, the liquid from their mother concentrated inside their guts to form tiny crystals.

Stay also found that she could extract the roach milk — in either liquid or crystal form — through a process she calls "milking a cockroach."

"You substitute a filter paper in the brood sac for the embryos and you leave it there," she explains. After a while, "you take it out and you get the milk." 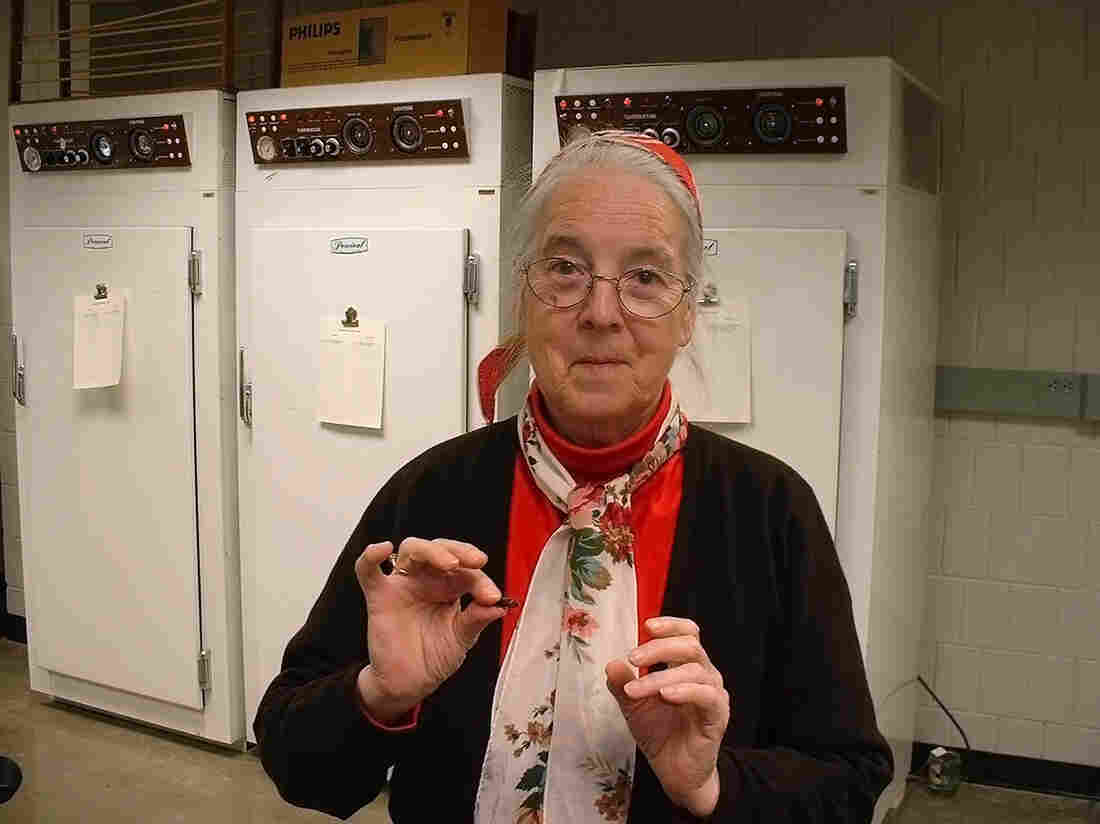 Professor Barbara Stay discovered that the liquid from a mother cockroach crystallizes in the guts of its babies. Courtesy of Nathan Coussens hide caption 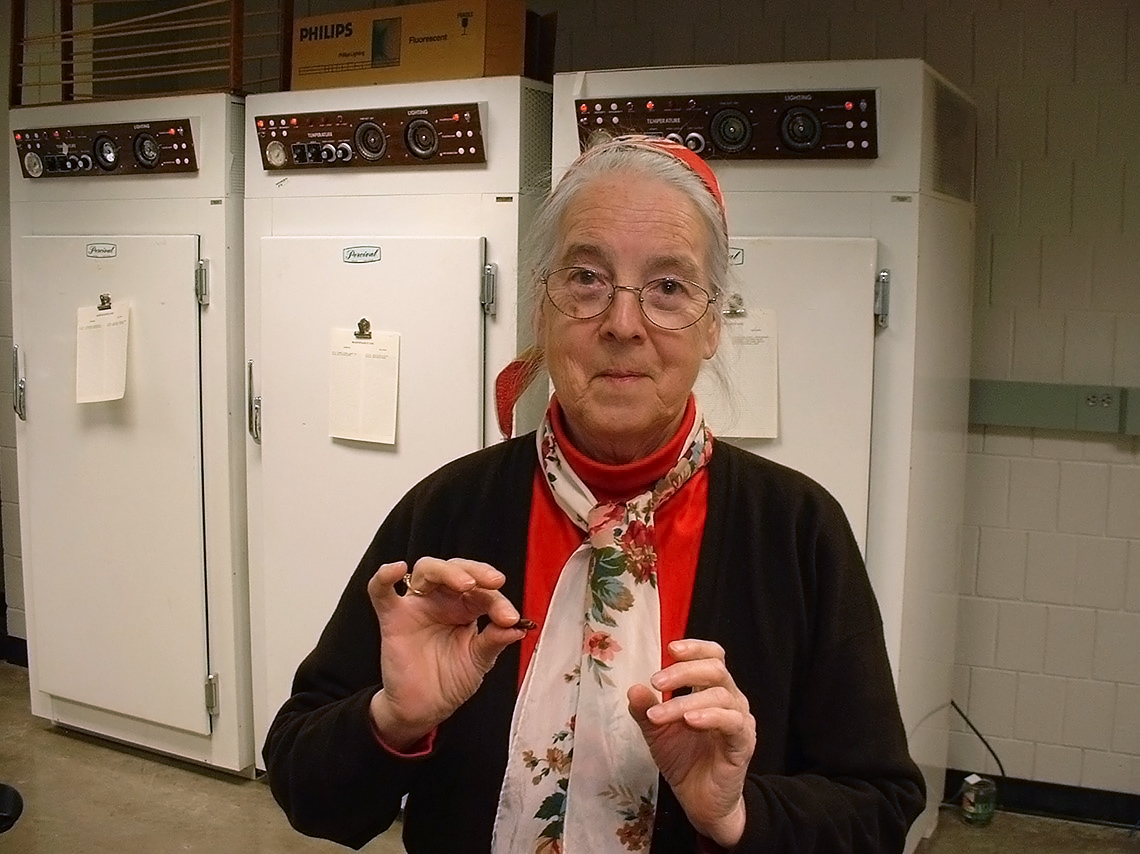 Professor Barbara Stay discovered that the liquid from a mother cockroach crystallizes in the guts of its babies.

A team of researchers led by biochemist Subramanian Ramaswamy at the Institute for Stem Cell Biology and Regenerative Medicine in Bangalore, India, recently took a closer look the crystals, and began to research the nutritional value.

And they were amazed by what they found: Cockroach milk is among the most nutritious substances on Earth. It's three times richer in calories than buffalo milk (the previous top contender for the most protein- and calorie-rich milk).

One of Ramaswamy's colleagues apparently took a taste of the substance and said it tasted like pretty much nothing. You could, in theory, splash it into coffee or pour it over cornflakes.

"In principle, it should be fine," Ramaswamy says. "But today we have no evidence that it is actually safe for human consumption."

Plus roaches aren't the easiest creatures to milk. For now, Ramaswamy is working on genetically engineering yeast — which is quick and easy to raise — to produce the same milk as beetle roaches.

So it may still be a while before you can buy roach-milk protein shakes at your local Whole Foods.