Accessibility links
Food Manga: Where Culture, Conflict And Cooking All Collide : The Salt In Japan, a country rich with visual storytelling, food has skyrocketed as a genre of manga — and the stories often depict a struggle for self-improvement. 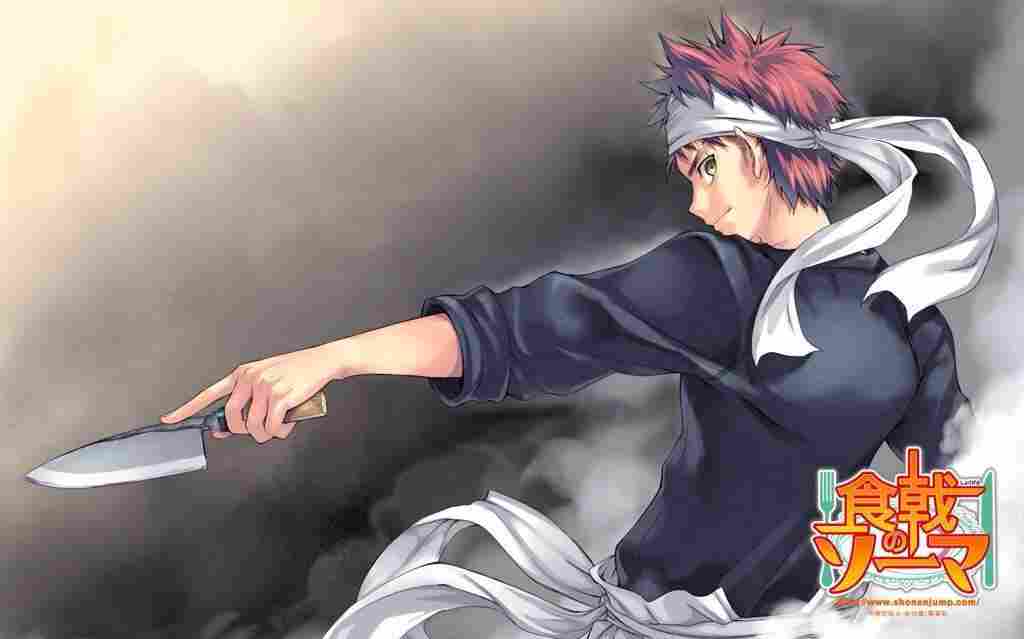 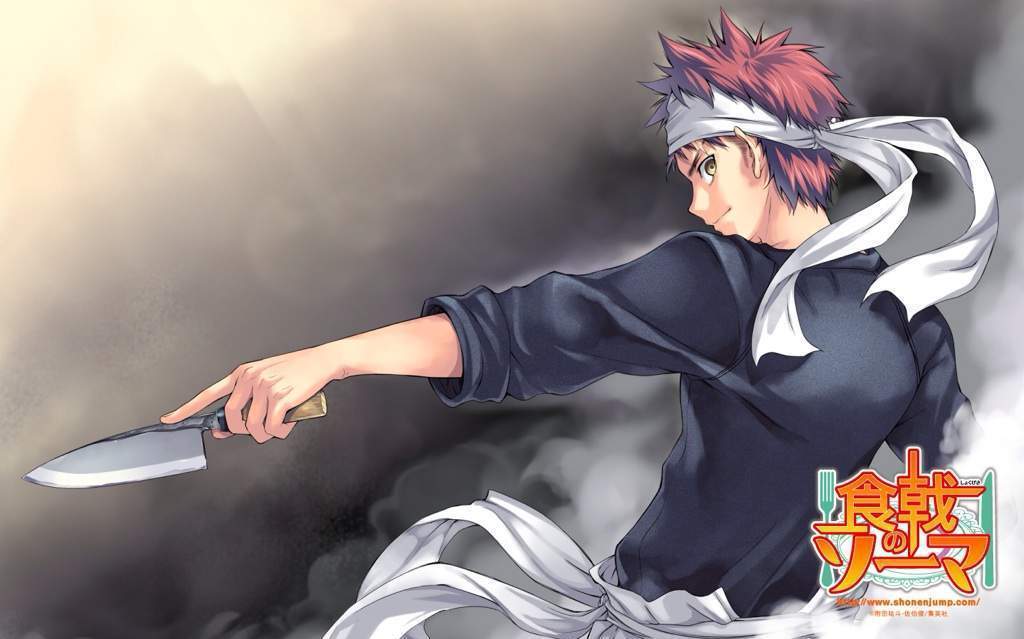 Shokugeki no Soma is about a boy named Sōma Yukihira who dreams of becoming a chef.

In Japan, nearly every interest has a manga dedicated to it, whether it's sports, music or shooting pool. So it's no wonder that food, which has always been tied to Japan's cultural identity, has skyrocketed as a genre of manga, which represents about 40 percent of all books published in that country.

This is the fourth in a series of stories from The Kitchen Sisters about the role food plays in resolving or creating conflict around the world. Read more stories in this series, and explore their previous tales of Hidden Kitchens.

Manga is a medium for storytelling in Japan, much like movies are in America. "It's a cradle-to-grave phenomenon," says cartoonist Deb Aoki, who also writes about manga for Anime Network and Publishers Weekly. People enjoy it "from the day they first start seeing pictures to the day they die."

Food manga first appeared in the 1980s, when the Japanese economy was strong, says Nancy Stalker, professor of Japanese history and culture at the University of Texas at Austin. One of the first, Oishinbo, ran for more than 20 years and became the basis for an anime series, as have many manga since. Conflict and cooking are at the heart of many food manga: Food Wars, Soldier of Food, Wakakozake, Detective Glutton, Solitary Gourmet, Criminal Grub, Cooking Master Boy, Antique Bakery, High Plains Gourmet.

In Nobunaga No Chef, for example, a young chef at a contemporary high-end hotel wakes up on a battlefield during Japan's civil war in the 15th century. He becomes the chef of a notorious warlord, Oda Nobunaga, and uses his culinary skills to increase the morale of Nobunaga's warriors. His cooking is so powerful that he is able to lure enemy combatants off the battlefield with the smell of grilled meat.

"In food manga, there has to be some battle," says Brian Zhong, a member of Anime FX at San Francisco State University. "If there is peace, it's really short, maybe one or two chapters, then back to war right afterwards. War produces content." 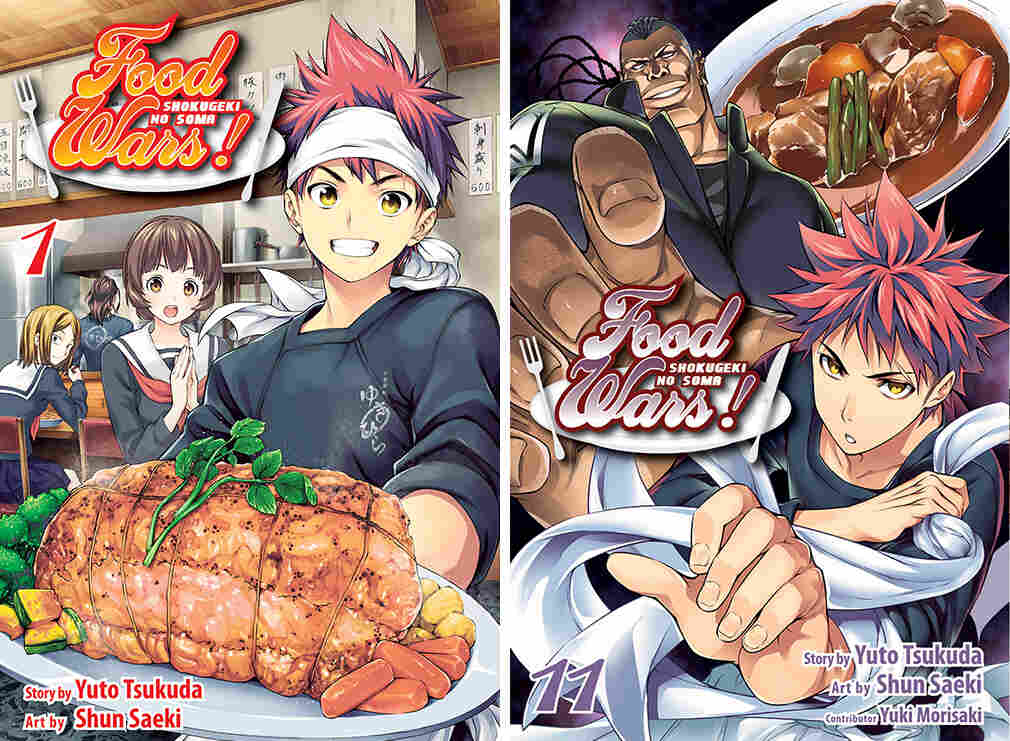 Shokugeki no Soma is a Japanese manga written by Yūto Tsukuda and illustrated by Shun Saeki. Volumes 1 and 11. Courtesy of Shueisha Inc. hide caption 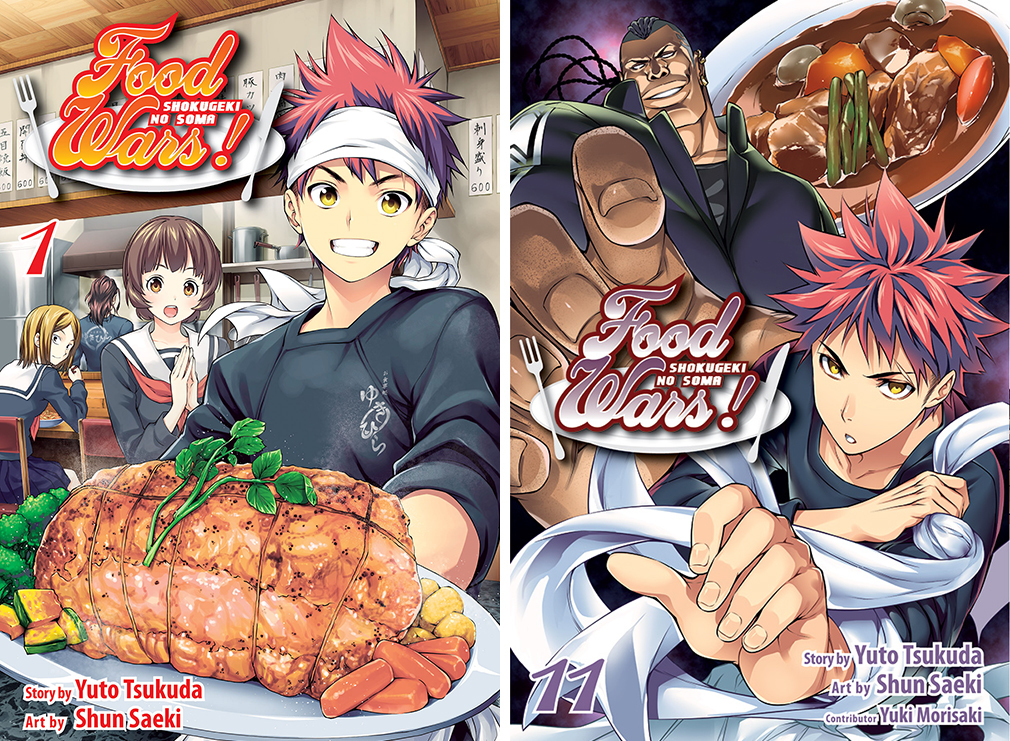 Shokugeki no Soma is a Japanese manga written by Yūto Tsukuda and illustrated by Shun Saeki. Volumes 1 and 11.

One of the most popular anime in America last year was Food Wars, or Shokugeki no Soma. "Shokeguki no Soma is in the best-selling manga magazine in the world, Shonen Jump. Super Popular. All boys read it," Aoki says.

The hero is a boy named Soma. "Spiky red hair, 16 years old, a little full of himself," says Aoki. "He's been working at his family restaurant for years. But his father is like, 'You'll never beat me!' So Soma is frustrated: 'I can never beat my dad. Why? Why?'"

In Shoku no Gunshi, the main character, Ban Hongo, is a middle-aged everyman in a suit and trench coat who approaches his meals like a battle, eager to prove himself superior to his eating companions.

"Hongo even has a battle cry," says Stalker, "and is assisted in his battle strategies by a 3rd-century Chinese general who resides in his subconscious, helping Hongo map out his strategies for eating."

The modern manga industry came into being after World War II, beginning with the manga Astro Boy, created by Osamu Tezuka, who was influenced by Walt Disney. 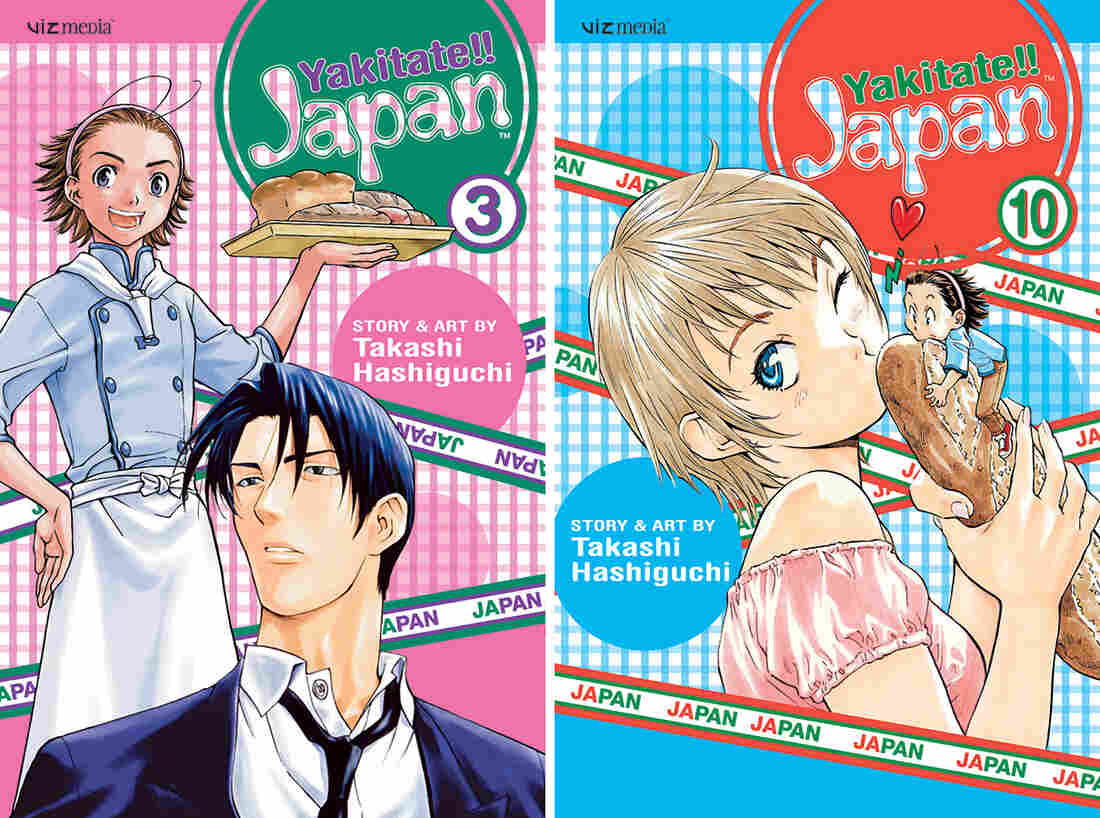 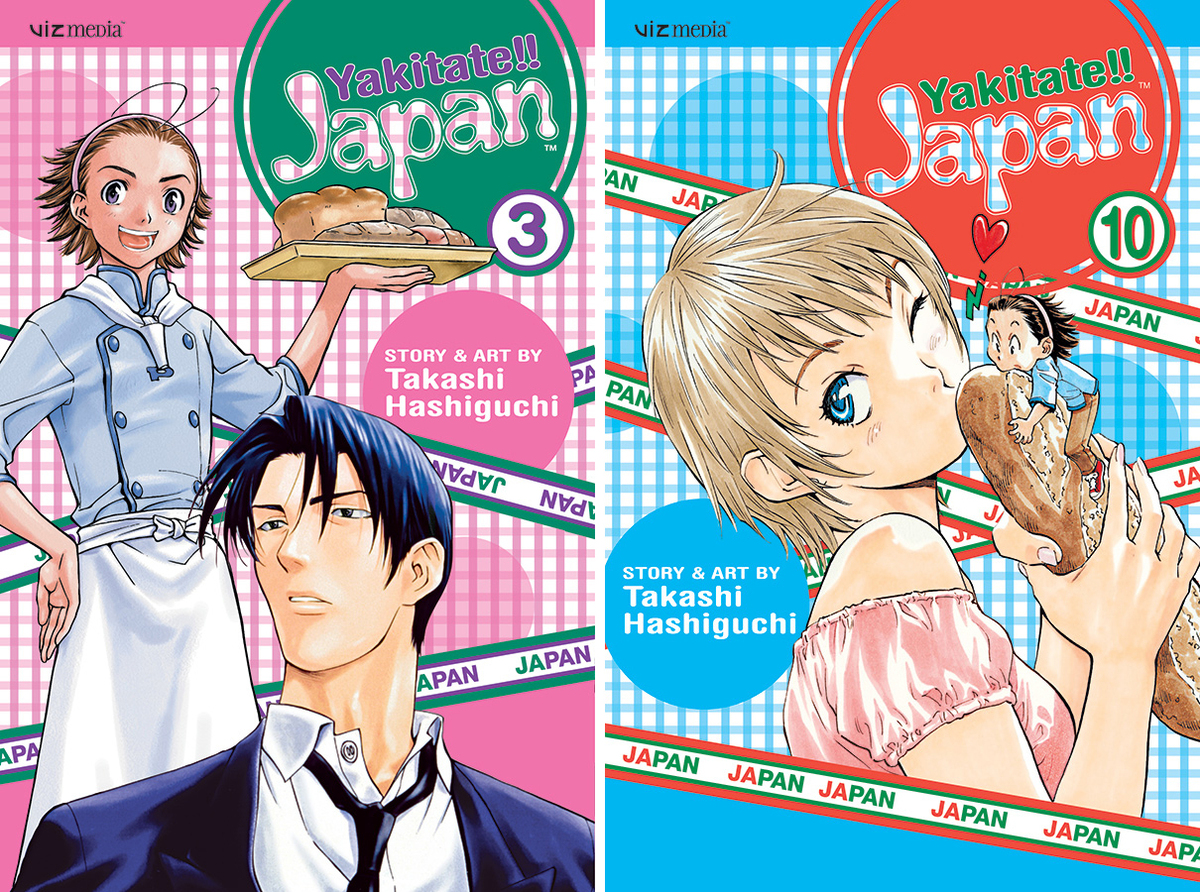 "During the American occupation of Japan, a large portion of the Japanese population was subsisting on handouts given by the American forces," says Leyla Aker, senior vice president of publishing at Viz Media, a company that specializes in Japanese graphic novels and anime.

There were severe shortages and food was strictly rationed. The Japanese resorted to eating tree bark and replacing flour with sawdust in recipes, and many died of starvation.

Miles Thomas, Brand Manager at Crunchy Roll, an anime and drama video-streaming web site, remembers an anime called Grave of the Fireflies. "One of the most evocative films I've seen, about two orphans during World War II who are starving," he says. "They steal food, trying their hardest to survive. There are these candies that this girl really likes in this metal tin. They are this girl's entire world."

"It really makes you think about the darker side of food when people don't have enough of it to survive," adds Tiffany Chen, also a Brand Manager with Crunchy Roll. "For a long time, World War II was just a history you studied in class. I never really felt connected to it personally."

In the manga, Yakitate!! Japan, the family of a young boy named Kazuma grows rice. Kazuma's grandfather insists that they eat a traditional Japanese breakfast — miso soup, rice, natto. But Kazuma and his sister want to eat bread.

"Their grandfather who lived through the occupation and the war is like, 'Are you crazy? Why would you eat bread for breakfast? The stuff is gross!'" says Aoki. "There's this picture of General MacArthur holding a roll and saying, 'Eat This!' " Kazuma learns to make a unique Japanese bread that he calls "Ja-Pan." It is so good that his grandfather finally comes around.

Oishinbo, one of the oldest of the food manga, is very popular with adult men. "The main character is this scrappy reporter. His father is this snooty gourmet who sets up this ritzy gourmet club for only rich people. They have dueling palette battles," Aoki says. 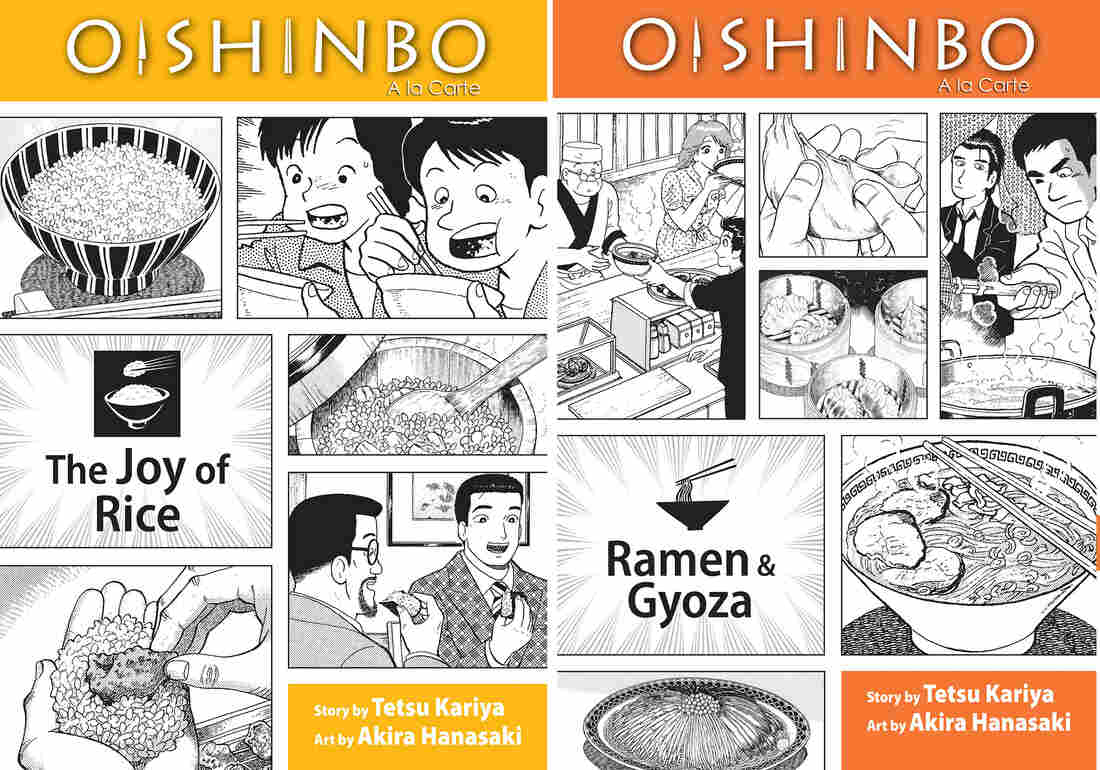 Oishinbo, written by Tetsu Kariya and drawn by Akira Hanasaki, is one of the oldest of the food manga. Courtesy of Shogakukan Inc. hide caption 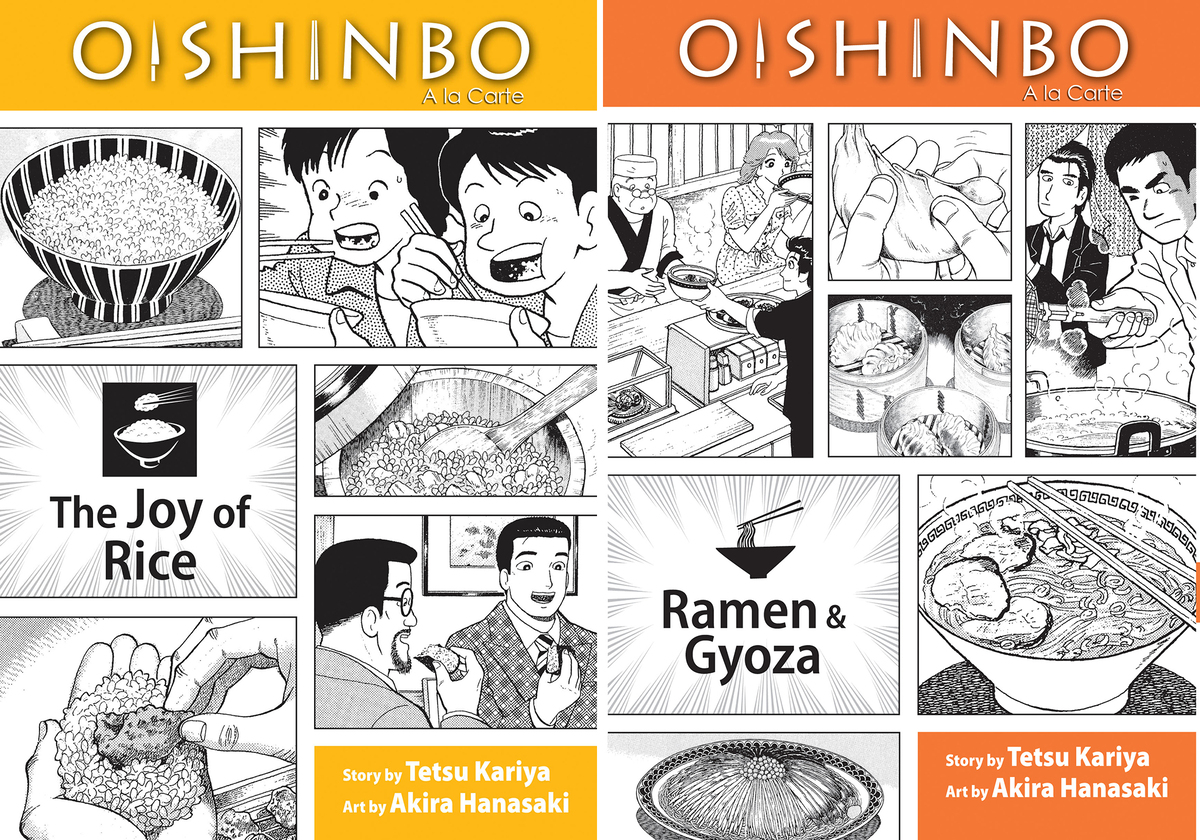 Oishinbo, written by Tetsu Kariya and drawn by Akira Hanasaki, is one of the oldest of the food manga.

Oishinbo is written by Tetsu Kariya, who is very opinionated about food and creates drama about growing and cooking it. "It's kind of controversial," says Aoki. "He defends eating whale meat, the history of it, how delicious, how dare anyone tell us not to."

"Tetsu Kariya has a very progressive, political stance," adds Lorie Brau, associate professor of Japanese Foreign Languages and Literature at the University of New Mexico, "He embeds these social messages inside his manga."

One of Oishinbo's chief concerns is foreign influences. How do you maintain the important aspects of your culture while still engaging with the world at large? The manga uses food as a lens to address Japan's place in the world.

There is culinary nationalism in many of these manga. As Japan recovered economically in the '80s, competition with the United States was a main issue. In an Oishinbo episode called Rice Wars, an American diplomat wants the Japanese to buy American rice.

"The character, Yamaoka Shiro, explains how important rice is as part of everyday Japanese life — not only as a food, but rice is holy in a sense. Rice farmers are protected. They have a sacred place in Japanese society," Brau says.