Accessibility links
How Rural Farming Communities Are Fighting Economic Decline : The Salt The tiny farming town of Brookfield, Mo., isn't what it used to be. Local leaders are looking to revive it by encouraging small businesses and tempting young residents to stay in town. 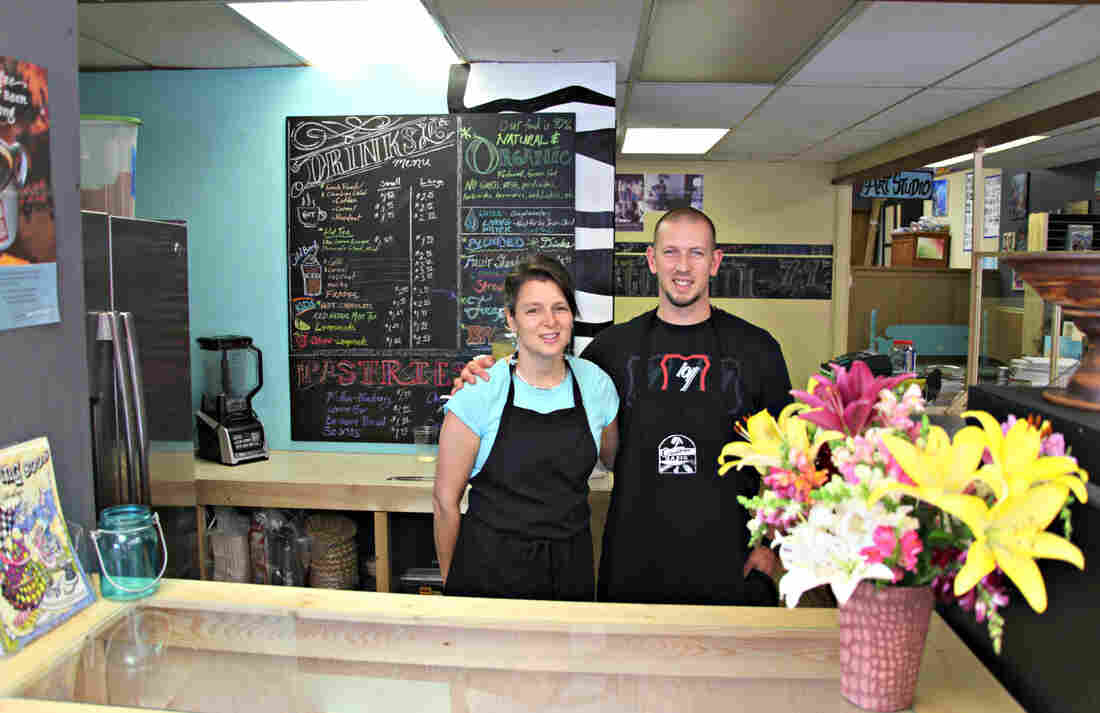 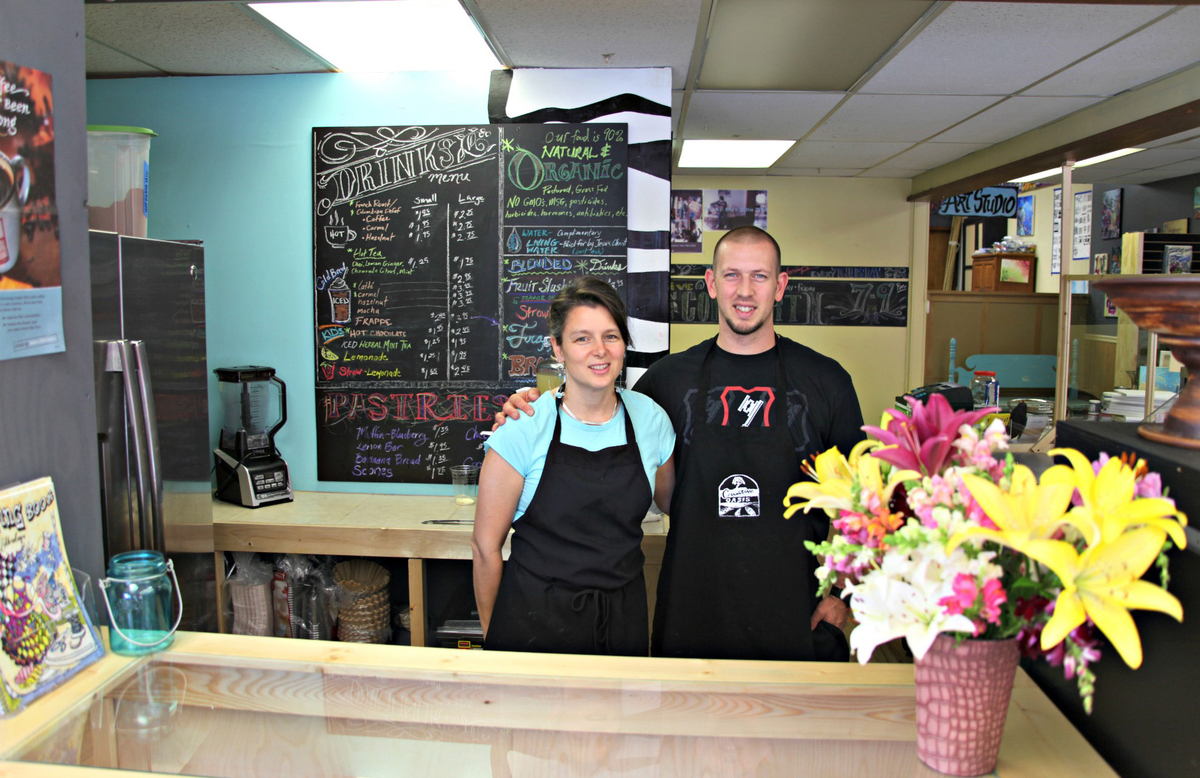 Kristie and Drew Harper opened a small bistro in Brookfield, Mo. Town leaders are courting other businesses in an effort to grow the local economy.

The town of Brookfield, in north-central Missouri, is a close-knit community with a population of about 4,500.

Becky Cleveland, who grew up here, says that when she was a kid, there were four grocery stores. Today there is just one, and a nearby Wal-Mart.

The vacant storefronts on Main Street make it clear that the town is no longer in its prime. Like many rural towns, Brookfield's top moneymakers in decades past were agriculture, transportation and manufacturing. While those industries still exist today, each has taken a hit. The town lost an auto plant. The railroad station is no longer bustling. And farming isn't bringing in as much as it used to.

This story is a familiar one for thousands of towns across rural America. It mostly comes down to technology — because of advances like herbicide-resistant seeds and more efficient tractors, farms need fewer employees. The number of farm jobs in the U.S. plummeted by 14 percent between 2001 and 2013, according to the Department of Agriculture.

Pair that with young people fleeing to cities, Hendrickson says, and you're left with small towns that just fade away. "These things just kind of work in tandem," she says. "So we have to ask a lot of questions about what's the future of rural development for these farming-dependent counties."

That's why rural towns need to take a concerted approach to building sustainability, says Pat Curry, with the University of Missouri Extension. Rural areas need to diversity their economic options, he says, so the economy stays somewhat protected if one of their industries takes a hit.

In some of the most productive farming counties in the Midwest, agriculture isn't even the biggest industry, Curry says. "They have other things going on. Their economy includes manufacturing industries," he says. Or, "they may have a prison," which may employ as many as 500 or 600 people. 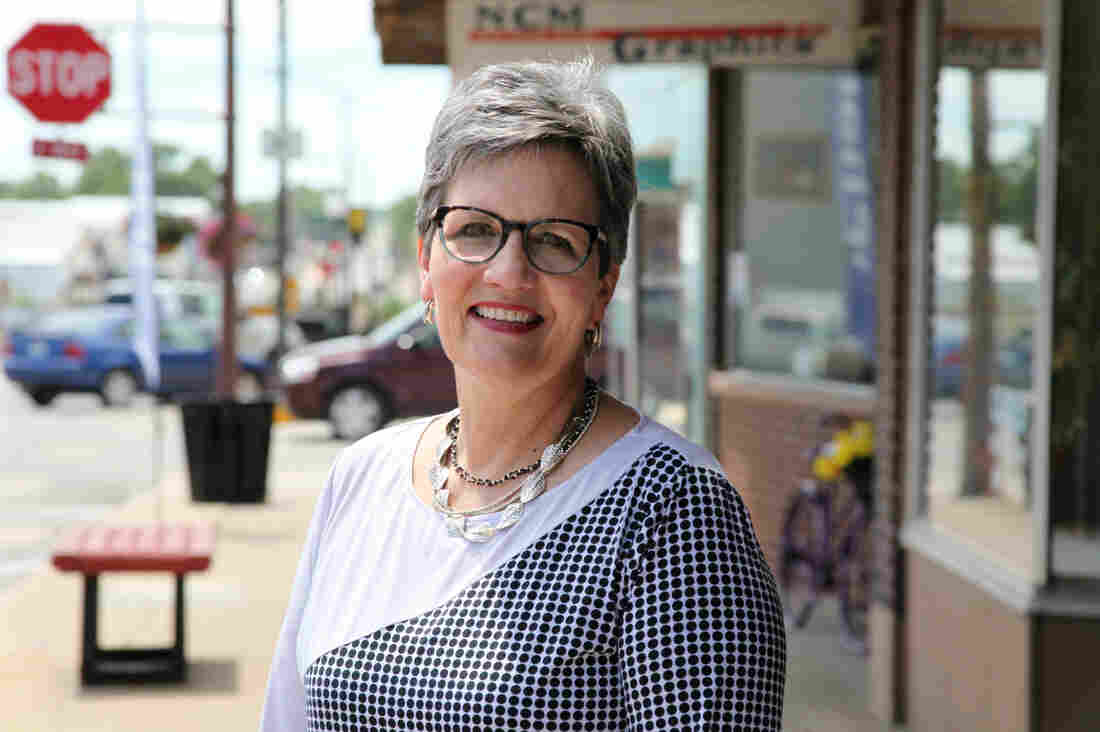 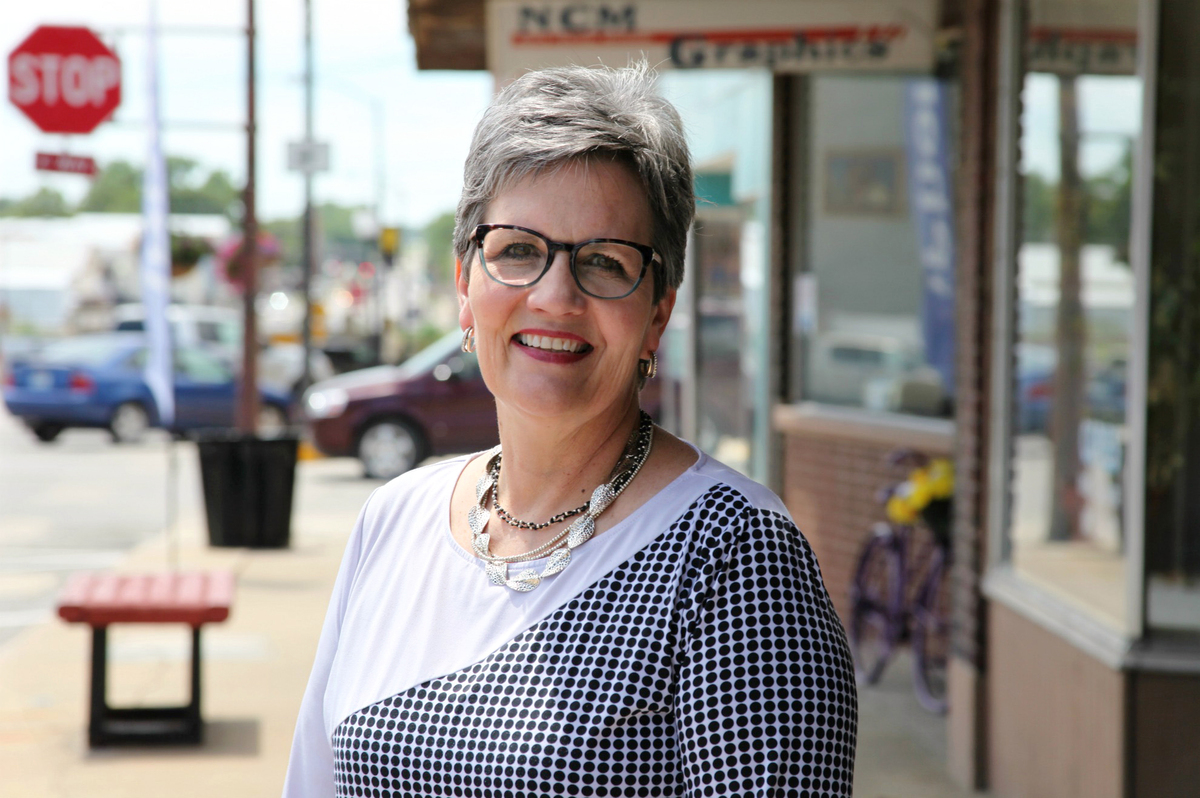 Becky Cleveland, the economic development coordinator for Brookfield, Mo., says diversifying the town's economy is paramount in sustaining the future of the rural community.

And so, rural communities are having to reinvent themselves to stay viable and sustainable, says Cleveland, an economic development coordinator in Brookfield, Mo. Her job is to make sure her town stays on the map by supporting existing small businesses and encouraging more economic development.

And Brookfield has also teamed up with neighboring towns to draw tourists to what they've dubbed the American Genius Highway, along which Walt Disney and Mark Twain grew up.

Kristie and Drew Harper, who recently moved to Brookfield from Seattle, have bought into this bright, new vision for the town's future. The couple own a new bistro on Main Street. "[It's] a little place where we can do art and we can do live music on Thursdays and Fridays," says Drew. They've also bought a small piece of land, which they're using to grow their own food for their family. "We can feed our family and feed Brookfield," he adds.

Of course, they still have a lot to learn about running a business in a small, rural town. They have some kinks to iron out, says Kristie.

Ultimately, encouraging business, education and health care leaders in Brookfield to collaborate and support each other is key, Cleveland says. The town lacks the health care centers and assisted living facilities to support the local aging population, for instance. So, town leaders are working together to push state legislators to provide broadband access for local health care providers, allowing the rural population to get care via telemedicine.

Meanwhile, educators are working to retain their young people — and convince high school students that it's fine to return home after college. At graduation, these students receive DVD slideshows filled with photos from early grade school and scored with emotional music. A section of the slide show touts many of the graduates who have returned to this town. It ends with an "unending invitation" from the entire community to make Brookfield their home again.

This story comes to us from Harvest Public Media, a reporting collaboration that focuses on agriculture and food production. Kristofor Husted is based at member station KBIA in Columbia, Mo.