Accessibility links
'The Sea Forager's Guide To The Northern California Coast': A New Book On Catching Seafood Ethically : The Salt Fisherman Kirk Lombard's new book teaches people to fish and forage along the northern California coast, while urging them to harvest in moderation, follow regulations and respect sea creatures. 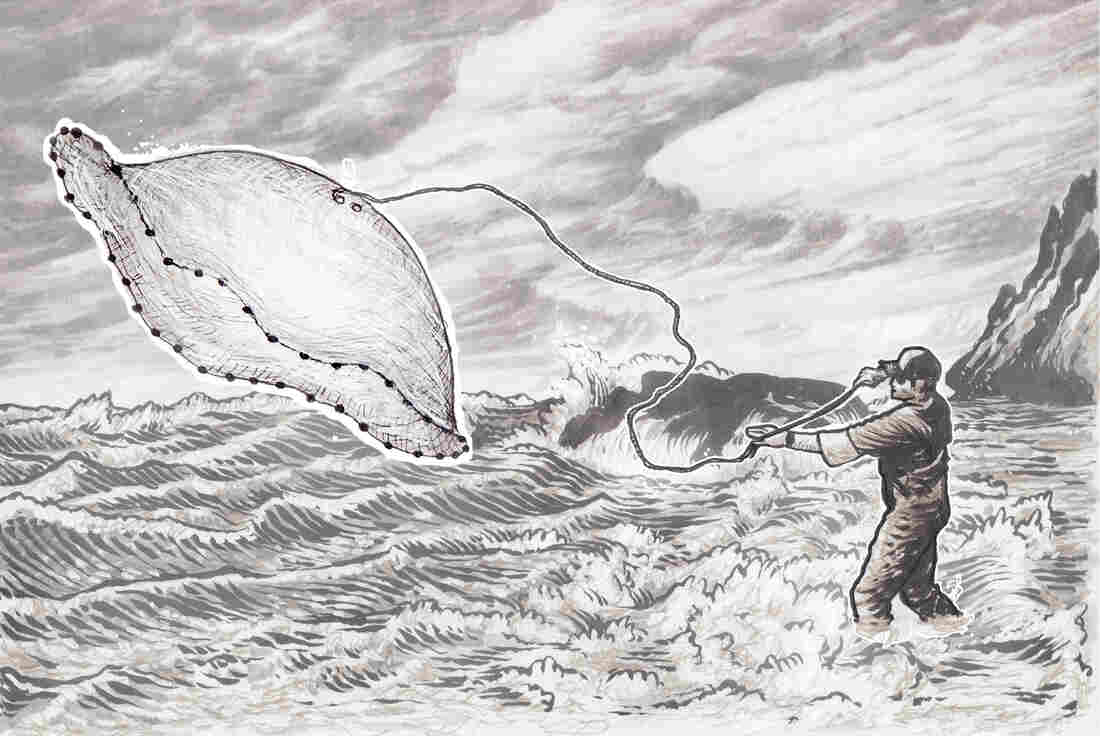 An illustration from Lombard's new book, showing a man throwing a cast net into the surf. Leighton Kelly/Courtesy of Heyday hide caption 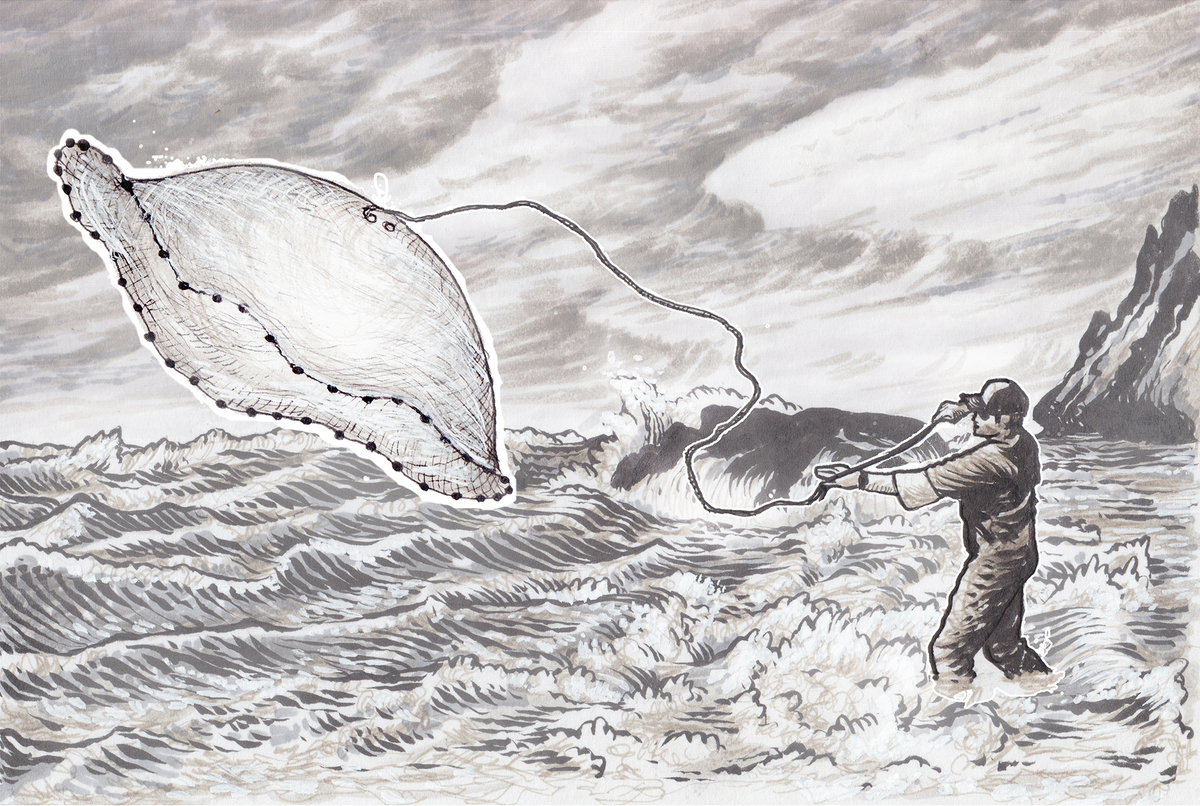 An illustration from Lombard's new book, showing a man throwing a cast net into the surf.

Now, you can love your seafood and eat it, too. But first, you'll have to catch it. Fisherman Kirk Lombard's new book, The Sea Forager's Guide to the Northern California Coast, teaches the art, science, ethics and wisdom of fishing for your next meal in the ocean. Through wit, poetry and anecdotes, Lombard makes the case that the sincerest stewards of wild sea creatures are often those who intend to have them for dinner. 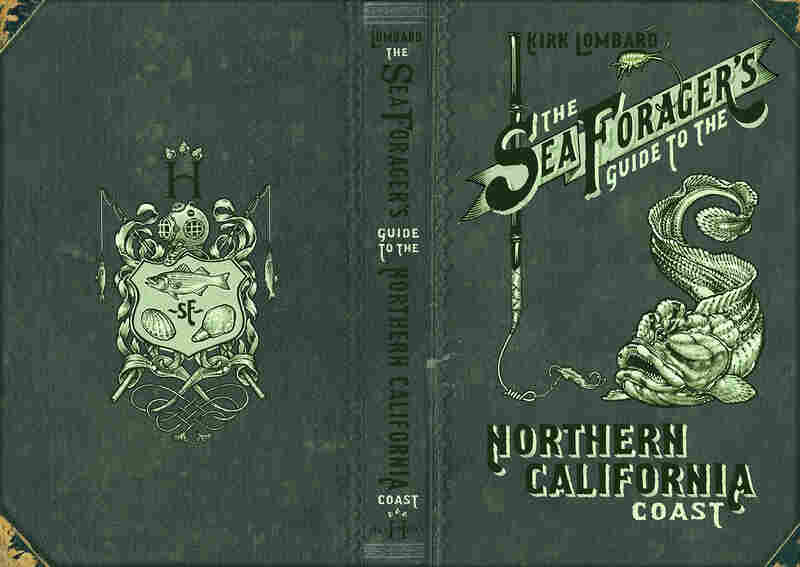 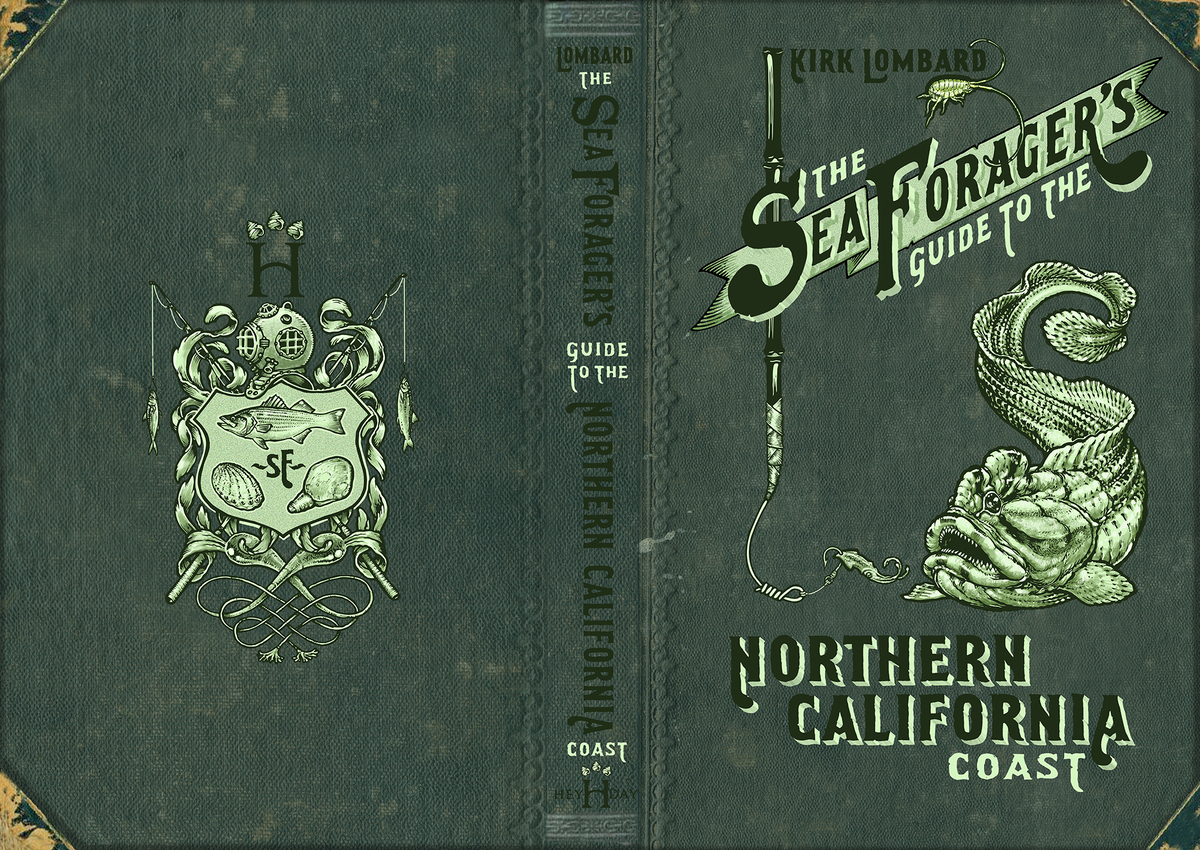 The Sea Forager's Guide to the Northern California Coast

by Kirk Lombard and Leighton Kelly

Lombard has been a San Francisco Bay Area commercial fisherman for years, and he has helped create small but profitable niche markets for relatively less popular things like surf smelt, monkeyface eels, seaweed and fresh Pacific herring. Lombard runs the well-known Sea Forager tours. He takes small groups of customers on forays to the seashore, where he teaches them how to fish and forage, while encouraging them to harvest in moderation, follow state fishing regulations, and generally respect intertidal sea creatures and their habitats.

The Sea Forager's Guide, coming out this month, boils much of Lombard's tour guide philosophy down into a compact paperback. In its pages, which include beautiful black-and-white illustrations by Leighton Kelly, Lombard asks foragers and fishermen to be observant "citizens" of the intertidal food web, not just greedy "consumers." He promotes the take of creatures that are low on the food chain and thus naturally abundant, like anchovies, seaweed and clams. Lombard suggests avoiding areas heavily impacted by others and taking only mature fish that have had a chance to breed.

Lombard bestows particular love on the Pacific herring, which spawn in West Coast estuaries each winter by the millions. These events, Lombard writes, are spectacular shows of abundance, thousands of crying birds, feasting marine mammals and joyful fishermen.

The Pacific herring. Lombard advises using cast nets to catch this fish during its spawning season in the winter. Leighton Kelly/Courtesy of Heyday hide caption 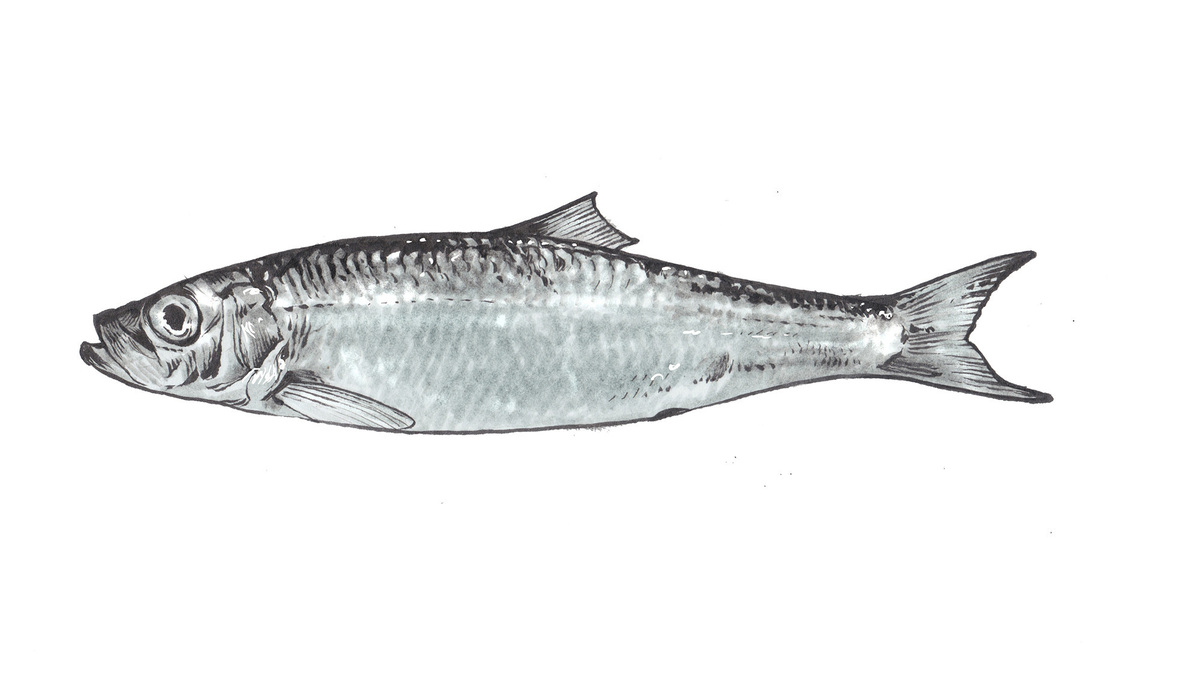 The Pacific herring. Lombard advises using cast nets to catch this fish during its spawning season in the winter.

"[T]here are few natural events that occur inside an urban estuary that are as deeply awesome and life affirming as a herring spawn," Lombard writes.

During the spawning season, herring can easily be caught from shore or from piers with cast nets. They are also delicious and healthy, and Lombard offers instructions on pickling or smoking the catch.

Pacific herring populations have diminished in recent years, likely due in part to commercial fishermen. Recreational fishermen, who may fill buckets and small coolers, have a smaller impact, although Lombard admits some cast netters take too many herring.

"These are not ideal citizens of the intertidal zone," he writes.

One of the book's highlights is a short and poignant creation allegory about one of the Northern Hemisphere's most iconic families of fishes.

"I, Poseidon ... will now design a perfect fish, a fish to nourish and make human beings happy," the story begins. Poseidon, the Greek god of the sea, describes a glistening silver fish that will "be so beautiful, many people will go insane over it, dedicate their lives to it, pray to it, make their livings off it, subsist off it, and follow it to remote areas of the globe." Poseidon waves his three-pronged spear, creates the envisioned fish, and weeps at the beautiful thing he has made. "Now," the god declares, "all you humans have to do is not screw it up."

The fish is the salmon, and the tragedy is that humans have, of course, screwed it up. Badly. As Lombard writes, people have so severely transformed the West Coast rivers where Chinook salmon spawn — largely by building dams that blocked their migrations — that the fish are barely able to reproduce anymore. So, Lombard explains, fish hatcheries, which raise baby salmon in tanks and release them as smolts in the wild, artificially sustain California's Chinook through a laborious life-support system.

Fish hatcheries maintain Chinook salmon populations by raising baby salmon in tanks, then releasing them in the wild.

If you feel reluctant to fish for such a beleaguered species, Lombard says you shouldn't. The state's salmon hatcheries are intended specifically to support fishing. So, it "would be absurd for you not to" try to catch a Chinook salmon, he writes.

As for cooking a salmon, Lombard encourages using the entire animal — fillets, the fatty collars behind the gill plates, the meaty carcasses, and the heads for soup broth. Since habitat loss, not overfishing, is considered the greatest threat to salmon abundance, your meal should be guilt-free, Lombard explains.

Lombard also discusses several species of sharks, but with a hint about the health risks of eating sharks and a not-so-subtle guilt trip about doing so.

"If you have no compunction about eating creatures that are extremely high in methyl mercury and other toxins, the shark family is for you," he writes. "If you are similarly unconcerned about the ethics of targeting top-of-the-food-chain apex species, again, you may want to consider these fish." Lombard describes the urine-like taste of poorly handled shark meat before reluctantly offering a few tips on catching and eating them.

Lombard tells The Salt in an interview that he had qualms about writing his book — in particular prompting a stampede of newbies to the seashore where they might overwhelm ocean resources, especially easy pickings like mussels.

So, Lombard says he did not name specific fishing locations so that it wouldn't be too easy for readers to go out and catch dinner.

What The Sea Forager's Guide is intended to do, he says, is help put people back in touch with the natural world — even if they spend more time fishing than actually catching. "It's not just a how-to-kill-fish book," he says.