Accessibility links
Amaranth: Aztecs Revered This Ancient Grain. Will You Fall For It, Too? : The Salt Hardier than corn, this ancient grain has a subtle, nutty flavor and is full of nutrients. But for most Americans, amaranth is still obscure. Researchers in Tennessee hope to change that. 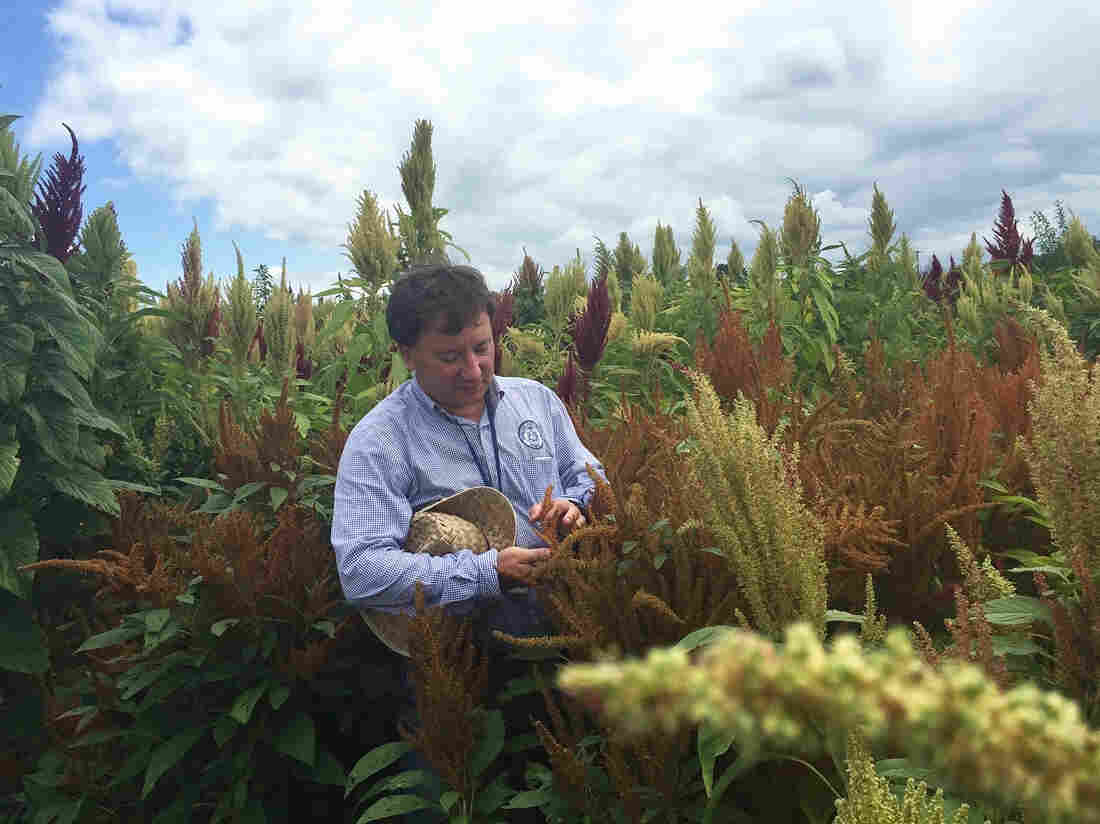 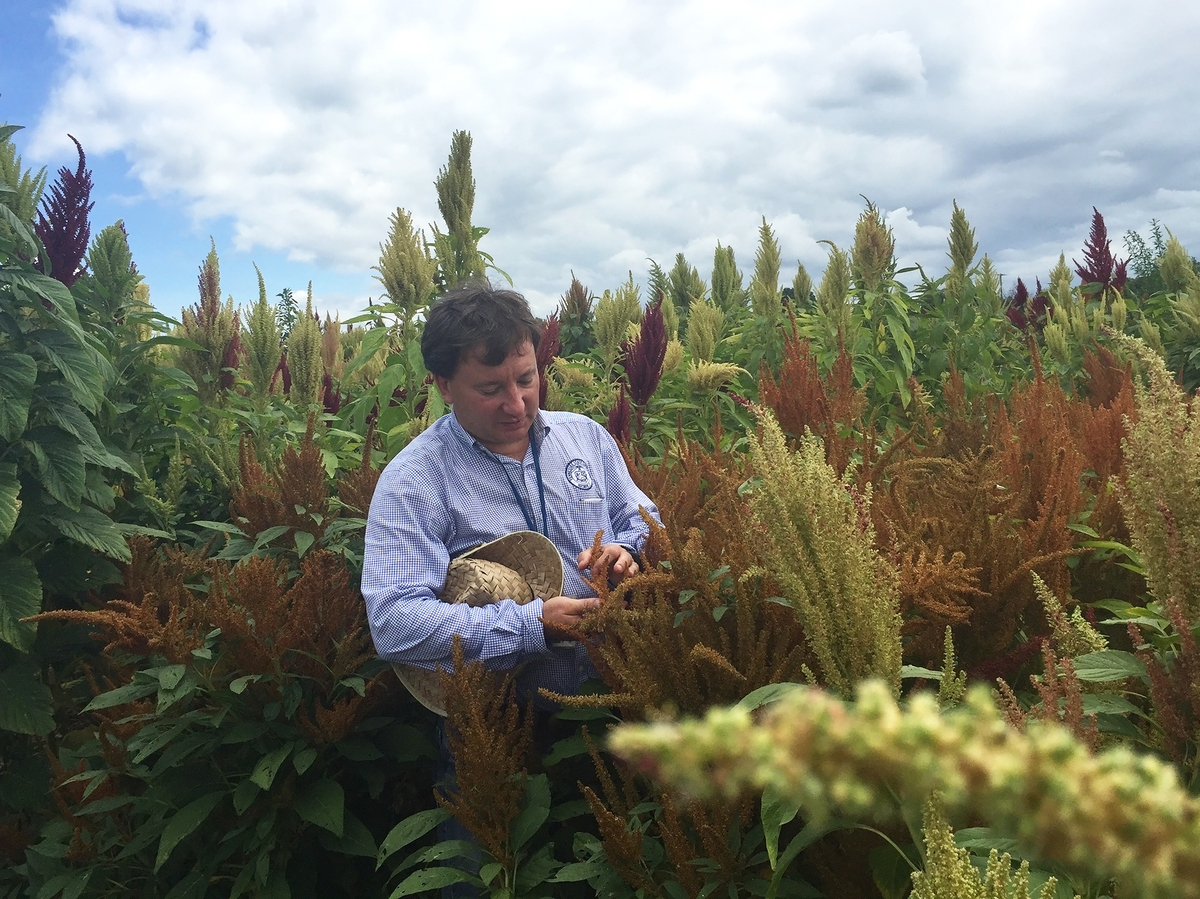 If the popularity of quinoa has taught us anything, it's that Americans are increasingly open about exploring grains besides the familiar wheat and rice. Now, researchers at Tennessee State University are hoping consumers are ready to give another ancient grain a try: amaranth.

Amaranth was revered by the Aztecs in Mexico. Today in the U.S., it's mostly grown in people's backyards or on research farms, like an experimental field at Tennessee State University.

Some of the amaranth there looks like corn with a colorful, flowery plume on top. Others are more like shrubs. Matthew Blair, an associate professor at TSU, is leading a team of researchers in evaluating dozens of varieties.

Amaranth is a grain that thrives in high temperatures, is largely resistant to drought and is seen as a heartier crop than corn. Blair's team is trying to breed the best-growing versions of the crop.

"We all know how fast corn grows in the summertime," Blair says. "Well, amaranth can grow equally fast, or faster."

From a consumer's perspective, amaranth is filled with nutrients, and it's gluten-free. The raw grain is smooth and white, about half the size of quinoa.

"It's a subtle flavor, but popped it tastes much more nutty and flavorful," Blair says.

In Mexico, popped amaranth is mixed with honey and served like a Rice Krispie treat. Boiled amaranth is found in some Indian recipes. TSU researcher Lucas Mackasmiel, who works with Blair, remembers eating leaves of wild amaranth when he was growing up in Kenya.

"They would cook it in a pot, they would add milk, they would add ghee. It was delicious," he says. "I still eat it now if I get a chance to. In fact, I've picked a few leaves from here and taken them home and cooked them."

But for most Americans, amaranth is still obscure, largely relegated to health food specialty stores. In a survey conducted by the Whole Grains Council last year, only 15 percent of people reported that they'd heard of amaranth, and only 4 percent of people had tried it — which was less than farro or spelt.

Still, advocates of ancient grains, as they're called, hope to model the success of one breakout star: quinoa.

But there are a few extra challenges to amaranth's success. For one, Toups points out that quinoa's texture and size makes it an easy alternative to rice. Amaranth is not. It's a smaller, creamier grain, more comparable to polenta or as an alternative in risottos.

And unlike many other crops, amaranth doesn't yet have a central industry organization to market and promote it. Most amaranth growing in the U.S. happens in people's backyards, Blair says, not large-scale farms.

So amaranth believers might have to wait a while for this stardom. After all, Vogue just declared that the new quinoa is sorghum.