Accessibility links
Ramen Noodles Are Now The Prison Currency Of Choice : The Salt Ramen will buy anything from smuggled fruit to laundry services from fellow inmates, a study at one prison finds. It's not just that ramen is tasty: Prisoners say they're not getting enough food. 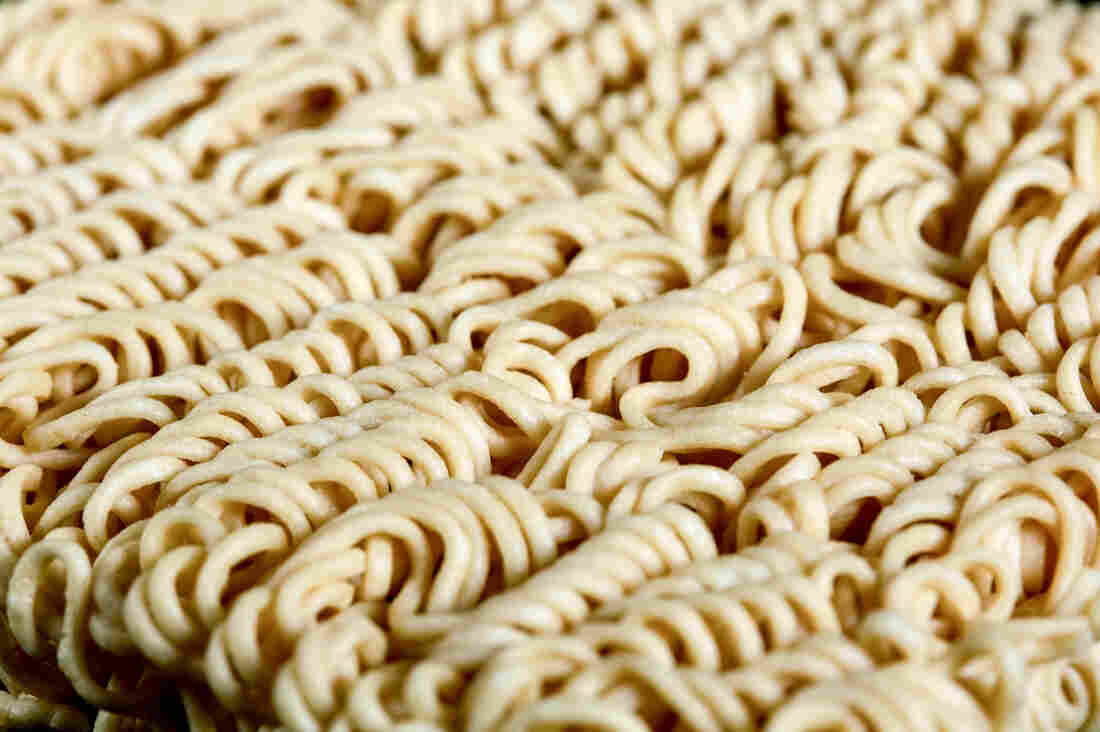 Ramen will buy anything from smuggled fruit to laundry services from fellow inmates, a study at one prison finds. It's not just that ramen is tasty: Prisoners say they're not getting enough food. DigiPub/Getty Images hide caption 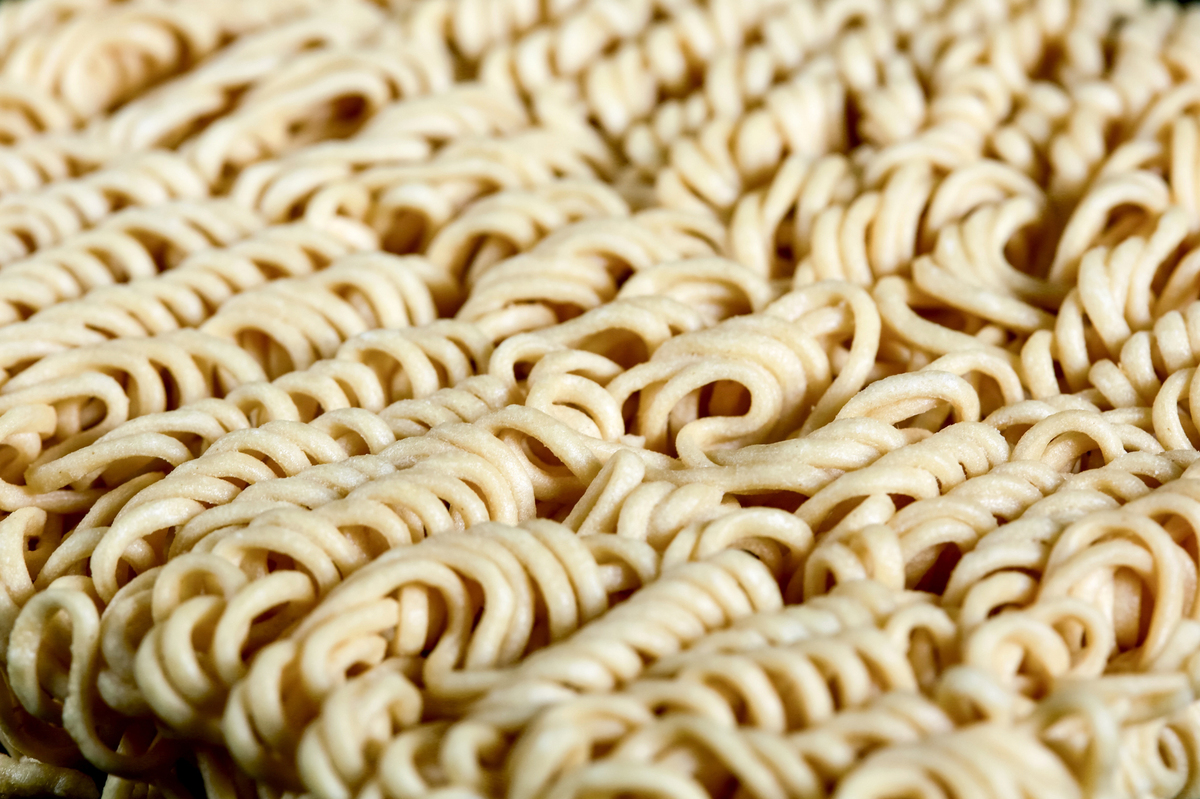 Ramen will buy anything from smuggled fruit to laundry services from fellow inmates, a study at one prison finds. It's not just that ramen is tasty: Prisoners say they're not getting enough food.

Once upon a time, cigarettes were the currency of choice when those behind bars needed to barter. But these days, America's prisoners are trading with ramen.

So says Michael Gibson-Light, a doctoral candidate in the University of Arizona School of Sociology. He spent a year interviewing nearly 60 inmates and prison staffers at one men's state prison (which he kept anonymous to protect his sources) housing thousands of inmates. He presented the findings this week at the meeting of the American Sociological Association.

"There was an entire informal economy based on ramen (which the men often referred to as 'soups')," Gibson-Light told me via email. Prisoners use it to hire other inmates for services, like cleaning out their bunk or doing their laundry, or purchase goods on the black market, like fresh fruits or vegetables, which aren't sold in the commissary but are sometimes smuggled from the kitchens, he says.

"As one inmate told me: 'You can tell how good a man's doing [financially] by how many soups he's got in his locker. 'Twenty soups? Oh, that guy's doing good!' "

So what's behind ramen's rise as a de facto prison currency? It's supercheap, supertasty, rich in calories and readily available in prison commissaries — at a time when cost-cutting at detention facilities has many inmates complaining they're not getting enough to eat.

"Inmates shared countless grievances about serving sizes as well as the quality, taste or healthiness of the food," Gibson-Light says. "It was common for some to compare their meals to those that they received during previous prison stays, sometimes years or decades prior, which they claimed contained more and better food."

Gibson-Light's findings echo the experience of former inmate Gustavo "Goose" Alvarez. He spent more than a decade locked up on a weapons charge, among others, and co-authored a book published last year called Prison Ramen: Recipes And Stories From Behind Bars. Gibson-Light says Alvarez's book helped inspire his research.

Ramen is "everybody's staple in prison: No matter who you are, you're cooking with ramen," Alvarez told NPR last year. "You can use it to barter," he told us, adding, "Some people don't like them, some people will never eat them, but they use them — that's their funny money."

And ramen is also the backbone of some creative prison cooking, from "dirty ramen" (made with Vienna sausages, green beans and carrots, among other things) to ramen pot roast. As Alvarez told us last year:

"In most cases, if you're lucky enough to know somebody that works in the kitchen, they can bring you back some raw onions, maybe some chives, some jalapenos, fresh vegetables. And then there's times when you don't have much but tap water, a bag of Cheetos — Flamin' Hot Cheetos at that — and a couple of soups. And you know what? You make a little tamale."

Jails and prisons in a number of U.S. states have been the target of accusations and lawsuits that they are underfeeding inmates, according to a report last year from The Marshall Project, a nonprofit journalism outlet focused on criminal justice. For instance, inmates at the Gordon County Jail in Georgia are fed twice daily. As The Marshall Project reported:

"While the jail maintains they are providing sufficient calories (the recommended daily intake is 2,400-2,800 a day for men, and 1,800-2,000 for women), prisoners said they combated their hunger by licking syrup packets and drinking excessive amounts of water."

Gibson-Light says the state prison he studied had also cut its meal services: Inmates used to get three hot meals a day but now get only two, with an additional cold lunch served during weekdays (but not weekends).

Says Gibson-Light: "One inmate, who had worked in a prison kitchen, told me: 'There's so many people in prison now that [the prison] can't afford to feed all these people. They're following the [calorie] guidelines, but they're right on the line of that.' "