Accessibility links
America's Real Mountain Of Cheese Is On Our Plates : The Salt To help dairy farmers hurt by a glut, the USDA said this week it'll buy $20 million worth of cheese and give it to food banks. But we eat so much of the stuff, that's hardly a drop in the bucket. 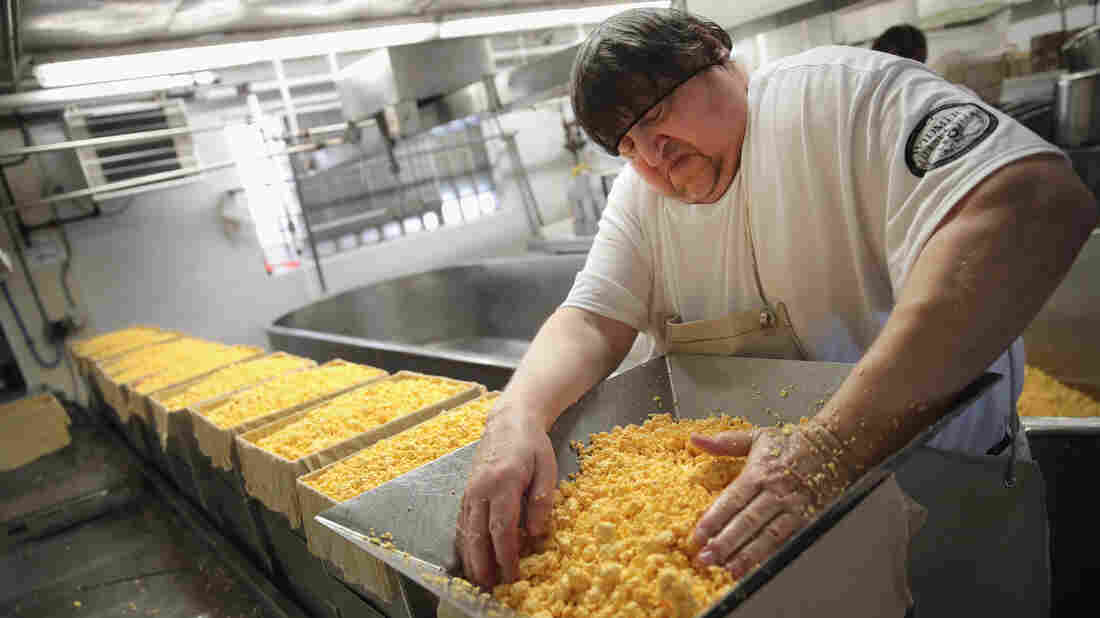 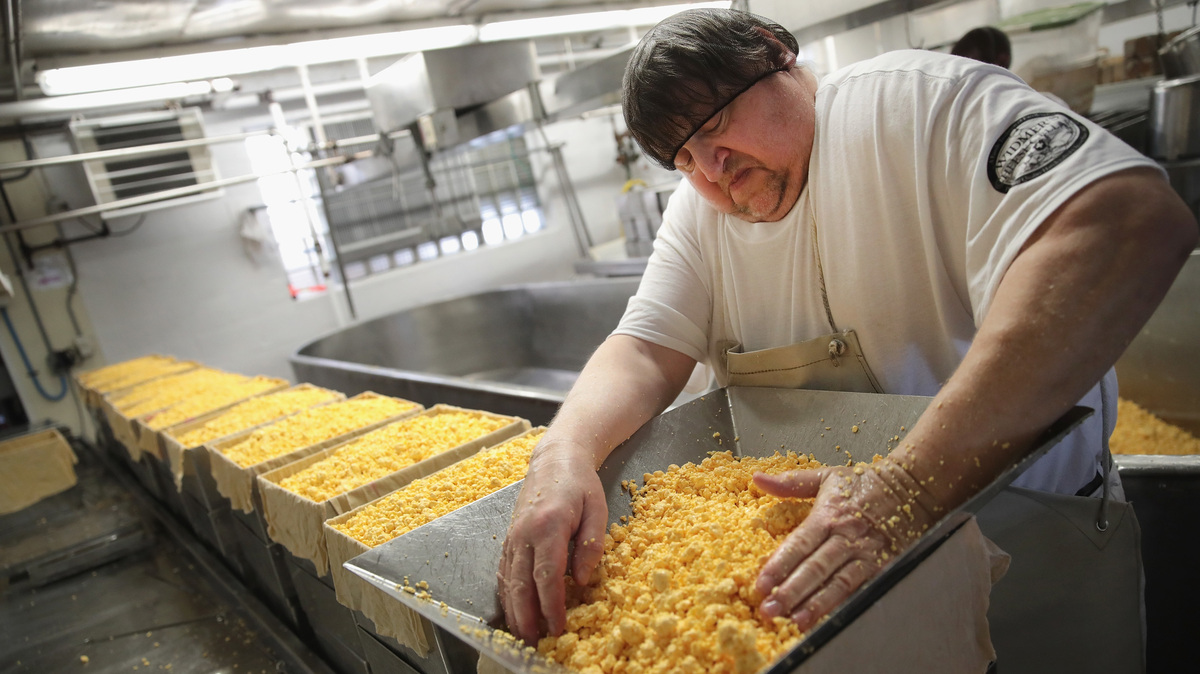 The U.S. Department of Agriculture took a largely symbolic step to help struggling dairy farmers this week. It announced that it will buy $20 million worth of cheese and give it away to food banks. The USDA is doing this, it says, to help "reduce a cheese surplus that is at a 30-year high."

Food banks were happy to hear this news. Cheese is popular among their clients and often hard to get. This government donation will have a significant impact on their operations. Dairy farmers were happy, too, hoping that this government purchase would help relieve what headlines trumpeted as a mountain of cheese that has been driving down the price they get for their milk.

As we reported last week, there is in fact an oversupply of dairy products, and it's a global phenomenon. Basically, dairy farmers responded to record-high prices two years ago by expanding production, and then they were blind-sided by a sudden drop in sales to China and Russia. Too much supply and too little demand produced a growing mountain of cheese.

But, if we step back and take a broader historical look at this cheese purchase, our current cheese glut looks a lot less impressive.

Take a look at this graph of the amount of cheese in storage over the past few decades. The big bulge of stored cheese in the 1980s was accumulated by the government, which supported milk prices by buying large amounts of dairy products — much larger quantities, in fact, than this week's purchase. Now that's a cheese mountain!

But the government largely abandoned that effort. Today's growing cheese stockpile is held by private cheese makers, and they need a lot more cheese in storage because they're selling much more of the stuff, especially for pizza. Just contemplate this graph for a minute.

There's so much cheese in circulation these days that the USDA's $20 million purchase won't do much for milk prices: It will buy less than 1 percent of the 1.3 billion pounds of cheese that's currently in storage. "I don't expect it to have much actual impact on prices," Mark Stephenson, director of dairy policy analysis at the University of Wisconsin, Madison, told us in an email. "The Chicago Mercantile Exchange spot prices for cheddar cheese were down following the announcement."

In case you're wondering, cheddar and mozzarella cheese probably account for most of the cheese stockpile. They are by far the most-consumed types of cheese in America.

Meanwhile, Stephenson says, milk prices are now starting to recover on their own. Milk farmers around the world are starting to cut back production, and prices are climbing.