Accessibility links
The Strange, Twisted Story Behind Seattle's Blackberries : The Salt Those tangled brambles are everywhere in the city, the legacy of an eccentric named Luther Burbank whose breeding experiments with crops can still be found on many American dinner plates. 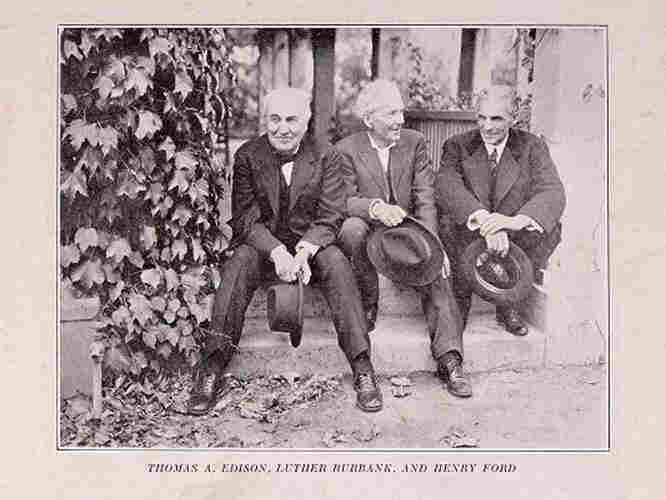 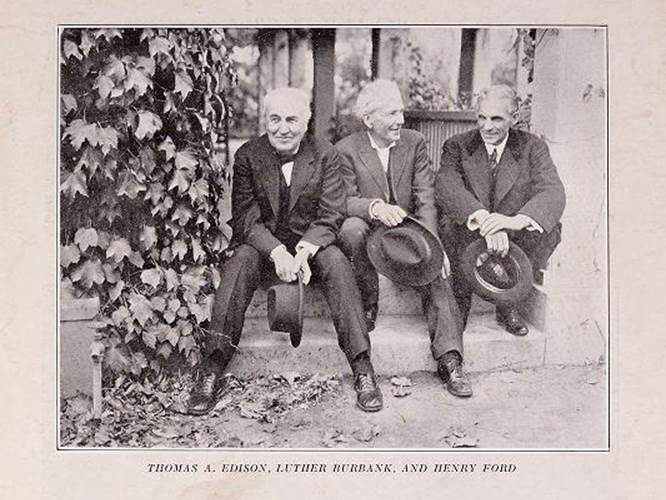 Thomas Edison (from left), Luther Burbank and Henry Ford. Two are still world-famous; the guy in the middle brought us many crop experiments, including the Himalayan blackberry that's now inescapable in Seattle.

In Seattle, blackberries are as much a part of the view as the Puget Sound — the twisting brambles so ubiquitous, they're as likely to vex gardeners as delight them.

The tale behind the city's blackberries turns out to be equally tangled. It starts at the end of the 19th century, at a time when American life was changing dramatically.

People were moving from rural areas to towns and cities, including Seattle. Industrialization was creating a new middle class.

Down the coast in Santa Rosa, Calif., an eccentric guy named Luther Burbank was hard at work on his experimental farm. Burbank didn't have any formal training, but he was working feverishly to breed strange and wonderful new kinds of plants.

This story comes to us from KUOW's Local Wonder, a story project that gives listeners the opportunity to decide what stories should be covered.

Thurtle says Burbank set out to create new varieties of fruits and vegetables that would be delicious and prolific — and that could withstand the voyage on the nation's new transcontinental railroad. 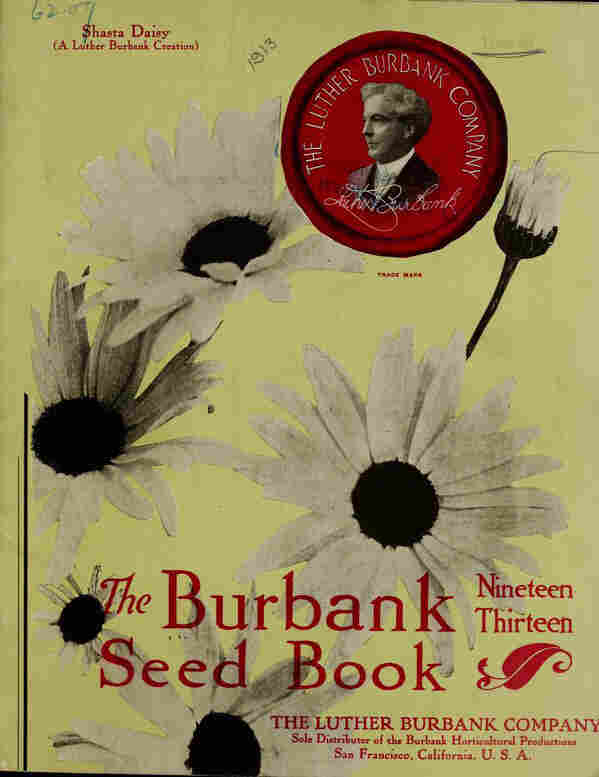 Burbank sold his hundreds of plant creations through catalogs with pictures of shiny fruit and shinier superlatives.

Burbank's creations could also be weird — like a spineless cactus. Or his potato-tomato hybrid, which somehow never took off. But others — like the freestone peach and elephant garlic — were smash hits.

"My favorite example is the Shasta daisy, because this is something that most of us have in our gardens," Thurtle says.

If you've had fries at McDonald's, you've likely eaten a relative of a Burbank creation. A potato Burbank bred in the 1870s, called the Burbank, later mutated into a potato called the Russet Burbank. It's the most widely grown potato in America today.

Thurtle says that Burbank was also working on another large-scale project: the thornless blackberry — "kind of the parallel to his spineless cactus or his stoneless plum. He wanted to take the rough spots out of nature, to domesticate it for middle-class lives."

Burbank traded seeds with fellow collectors from around the world. In a package from India, he found seeds for a huge blackberry with an even bigger flavor.

Burbank named it the Himalaya Giant (even though it's actually believed to be from Armenia). And he found that this blackberry grew like nobody's business — but only in temperate areas, like the Pacific Coast. So in 1894, he offered the berry in a special circular he sent buyers in mild climates. It was popular.

By the early 1900s, the Himalaya Giant — which would eventually be known as the Himalayan blackberry — was especially thriving in the Puget Sound region.

Thurtle says Burbank's business was thriving, too. Everyone wanted to see his plant laboratory. He was hanging out with Thomas Edison (light bulb) and Henry Ford (Model T).

Burbank had become an international celebrity. He was so successful at breeding plants that he became interested in applying the same principles ... to people. And that's where his tale gets problematic.

He started selling a new book that he'd written in his catalogs, The Training of the Human Plant.

Burbank wrote that the crossing, elimination and refining of human strains would result in "an ultimate product that should be the finest race ever known."

He considered the U.S. the perfect place to practice eugenics, because, at the turn of the century, there were immigrants coming from all over the world. He wrote:

"Look at the material on which to draw. Here is the North, powerful, virile, aggressive, blended with the luxurious, ease-loving, more impetuous South.

"The union of great native mental strength, developed or undeveloped, with bodily vigor, but with inferior mind." 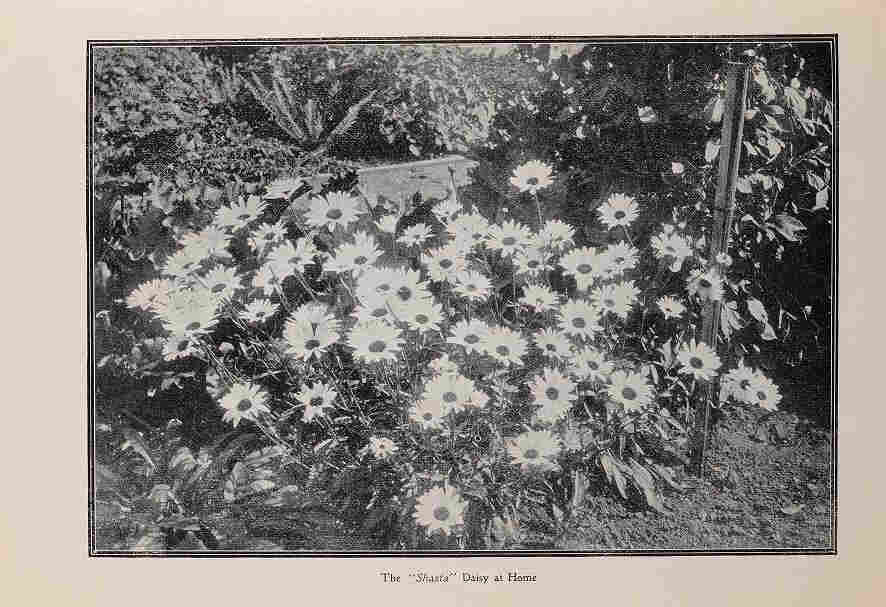 Burbank's theory of genetics was that an organism's surroundings left an imprint that was passed on to future generations. For that reason, he wrote that children should spend most of their time outdoors, communing with nature. Perhaps that's why a Mercer Island boarding school for troubled boys was named after him in 1931.

Seattle boys running amok were sent to The Luther Burbank School on the shores of Lake Washington, where they learned to farm.

Today, only the dormitory remains in what is now Luther Burbank Park. And the only thing running amok are the Himalayan blackberries that escaped those turn-of-the-century berry farms and gardens. 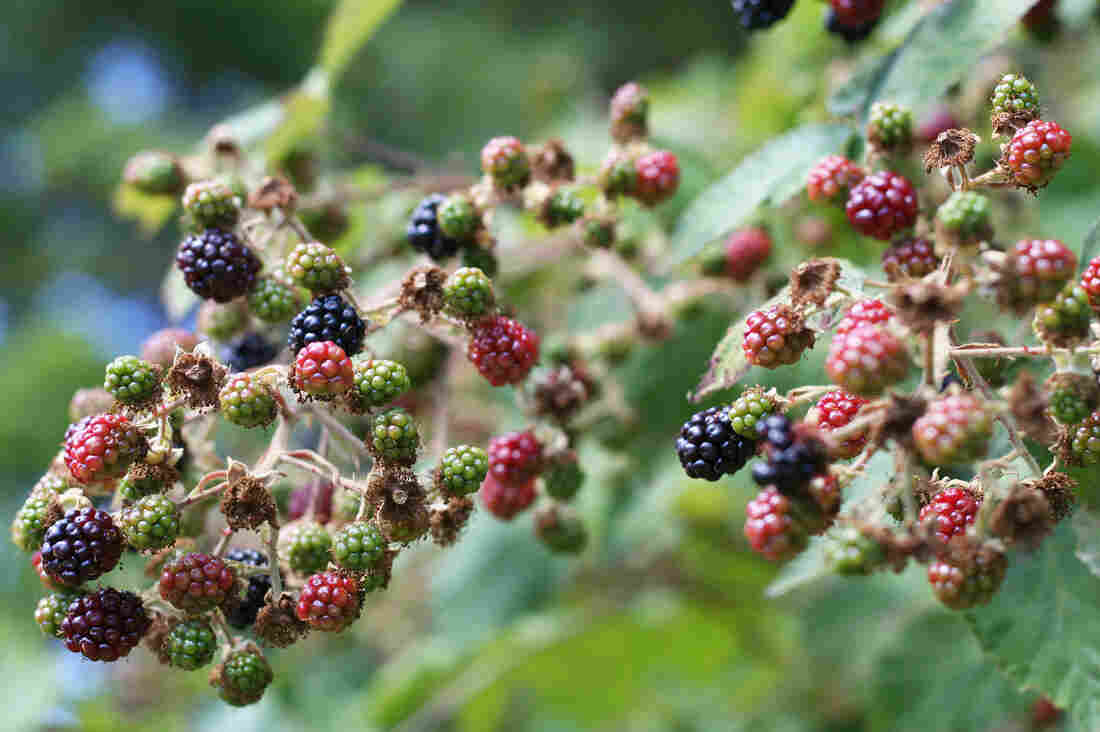 "I mean, there is not a part of Western Washington that is not touched by this plant," says Sasha Shaw, a noxious weed expert with King County, Wash.

"It can grow in dry soils, wet soils," Shaw says. "It grows into the forest, it grows in full sun. There's really not a place it can't succeed."

Birds and other animals spread the seeds far and wide. Those seeds can live in the ground for years waiting to germinate. And once the plant is growing, when the tip of a vine touches the ground, it can create a new plant.

"People keep trying to kill it, and it keeps coming back," Shaw says. "It really has everything going for it in terms of an invasive plant."

Luther Burbank never got around to breeding humans. But it appears that he may have introduced a master race ... of blackberries.