Accessibility links
Organic Gatorade: It's Still Loaded With Sugar, Folks : The Salt A beverage created in the laboratory now has a better-for-you organic version. But nutrition experts point out, this sports drink is still loaded with sugar and calories. 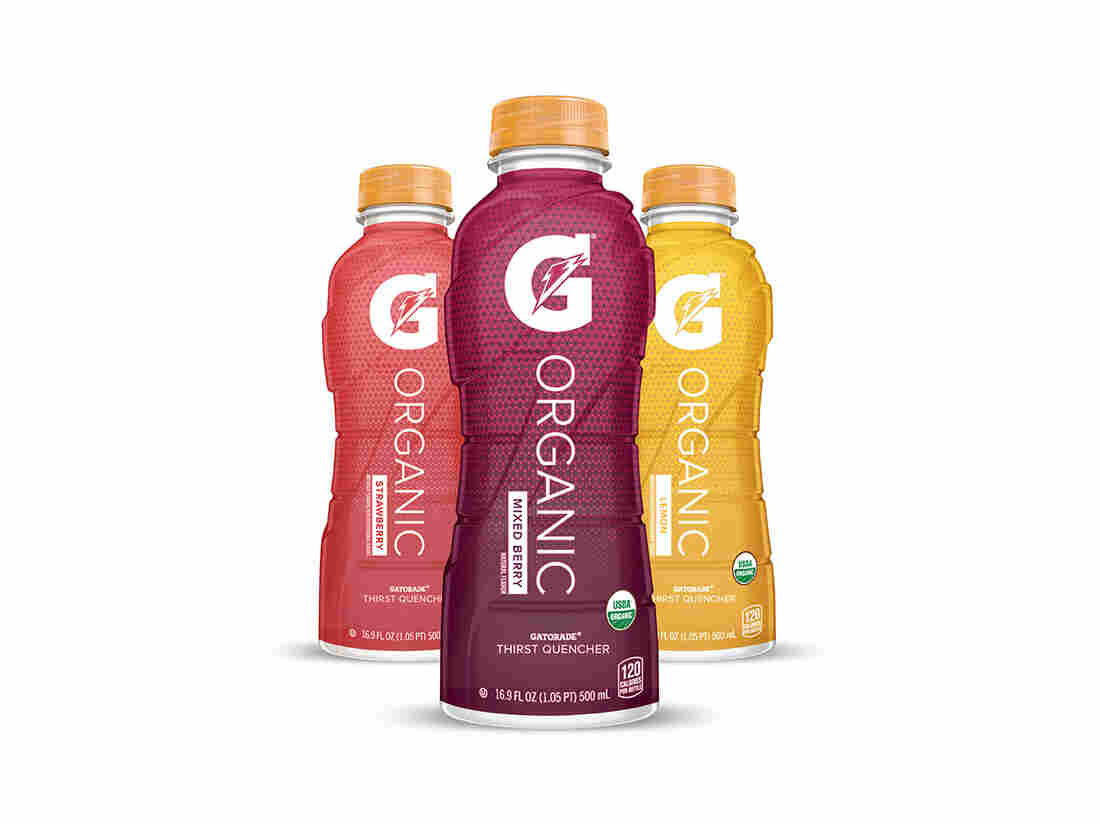 Organic Gatorade? The artificial colors may be gone, but it's still loaded with sugar. Gatorade hide caption 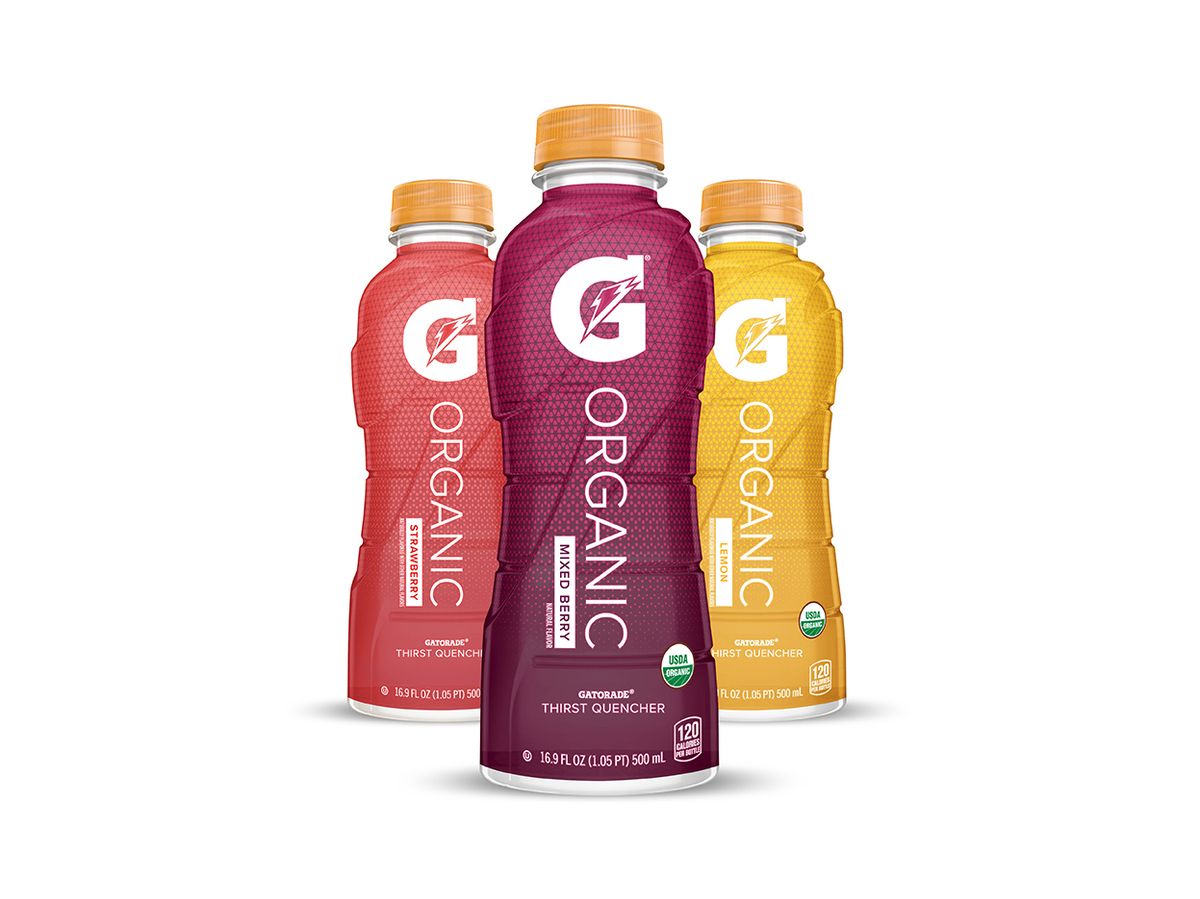 Organic Gatorade? The artificial colors may be gone, but it's still loaded with sugar.

Top brass at PepsiCo has talked for months about the introduction of an organic line. And now, according to Bloomberg, the company is rolling out G Organic — yep, an organic version of the famously technicolored sports drink Gatorade. (Think crimson red, electric blue and neon green shades.)

"I think the [organic line] will broaden the appeal," says Bloom. G Organic will be "one additional offering in their line that may [offer] a little bit of a better health profile."

But is this new line of organic Gatorade really any better for you?

I put the question to Haemi Choi, a sports medicine doctor at Loyola University Medical Center.

She says some consumers like to see artificial colors and flavors removed from products. "It's more natural," Choi says. "But I don't think it's healthier per se. It's pretty similar," she says.

Take, for instance, the sugar content. Even though Gatorade seems to have switched to an organic cane sugar for its new organic line, Choi says that, nutritionally, this makes little difference. (We asked Gatorade to confirm the ingredient list of the new organic line, but did not hear back in time for press.)

Overall, Choi says the new organic line seems to contain about the same amount of sugar — about 20 grams per 12-ounce bottle.

At a time we're told to cut back on sugar, she notes that many of us are already getting too much in our diet. "The average American consumes about 350 added calories from sugar [each day]."

For instance, women are told to limit consumption to somewhere between 25 and 37 grams of sugar per day, total. "So, drinking a bottle of [sports drink] is already getting you close to what you should get in one day," Choi says.

Choi says unless you're exercising vigorously for an hour or longer and sweating a lot, you don't need to drink any kind of sports drinks — organic or not. If you're out for a casual jog or bike ride, you don't need electrolyte replacement, either.

So, what does Choi recommend for quenching thirst? "I say, drink water," she says.

Lots of dieticians agree. "Sugar is sugar, so no matter if it's organic or not, it's still going to have the same effect on your body," says Lisa Cimperman, a clinical dietician and spokesperson for the Academy of Nutrition and Dietetics.

If you consume too much, it may have negative effects on your waistline and can increase blood-sugar levels. And as we've reported, excess sugar is also linked to a higher risk of heart disease.

Cimperman says the new organic label may lead consumers to think organic Gatorade is healthier for them. "I think it's a marketing ploy to apply this organic health halo to this product," Cimperman says.

And that halo will likely cost you more. Bloomberg reports that G Organic will cost about an extra 50 cents per 16.9 ounce bottle, compared to the non-organic options of the same size, such as Gatorade Thirst Quencher.