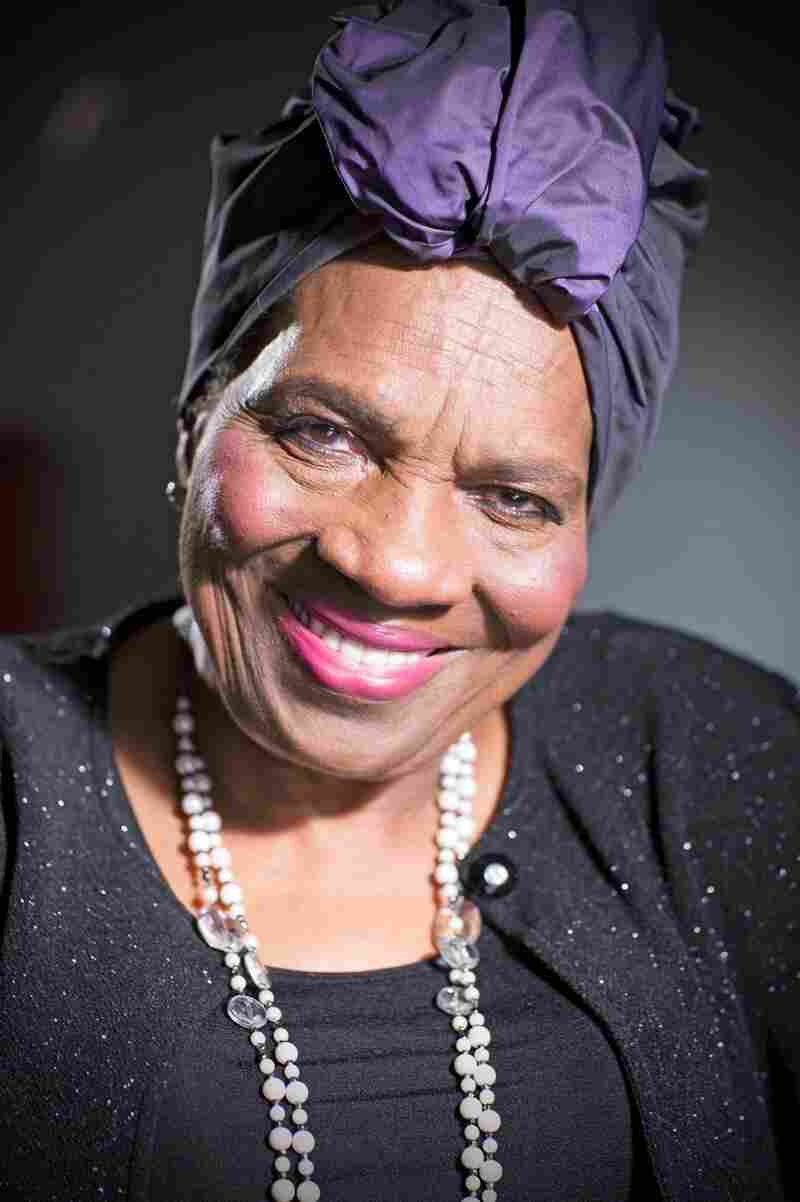 Vertamae Smart-Grosvenor was from lowland South Carolina and a native speaker of Gullah Geechee, a form of creole English. David Claessen/Courtesy of Julie Dash and "Travel Notes of a Geechee Girl" hide caption 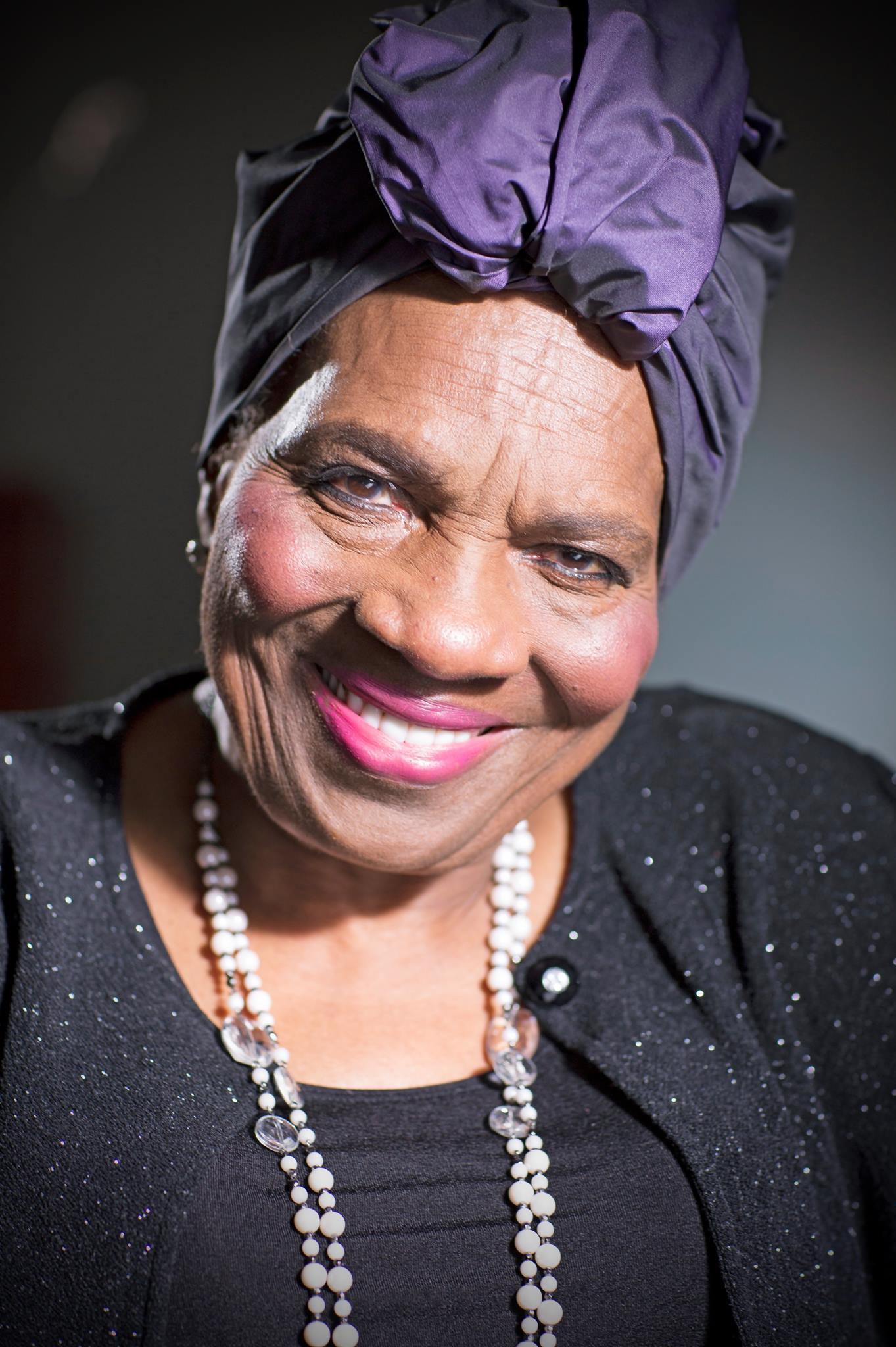 Vertamae Smart-Grosvenor was from lowland South Carolina and a native speaker of Gullah Geechee, a form of creole English.

Smart-Grosvenor contributed hundreds of commentaries to NPR between 1980 and 2013. She was famed for her culinary explorations and travels, including a 1983 visit to a place she loved: Daufuskie Island, S.C. In a 1983 special report for NPR, she described her feelings about the trip:

"Four years since I've been on 'Fuskie. From what I hear, this may be the last time I'll see 'Fuskie as I know it. A money man from upcountry has bought 1/3 of the island. They say he plans to build houses and condos for the rich. Daufuskie will change, and I know everything must change, but like the islanders, I wonder what it will mean."

NPR producer Art Silverman worked with Smart-Grosvenor on that 22-minute story. "She just conversed with people and reacted to them, and my job was not to step on it," he says. Silverman had only just met Smart-Grosvenor and had to look Daufuskie Island up on a map. He remembers arriving on the ferry and being greeted by islanders cooking seafood on the beach. They were descendants of West African slaves and they spoke Gullah Geechee, a form of creole English. Smart-Grosvenor was from lowland South Carolina, but Gullah Geechee was a mother tongue for her, too.

Emory Campbell is a board member at the Penn Center, which is devoted to Gullah Geechee culture. He says Smart-Grosvenor was the first person he met who openly called herself a "Geechee." "That was a pejorative term that we didn't use very much," he says, "but Verta had embraced it for some time and had, you know, written about it. And so we immediately hit [it off] because she liked to talk about rice, and that's something that we always ate and I never knew why."

Smart-Grosvenor told him why: Rice was a staple crop on colonial plantations, as it had been in Sierra Leone and other West African countries where people were enslaved. Smart-Grosvenor cooked rice countless ways for a circle of friends that included down-home folk and the famous (David Bowie, James Baldwin). She was a self-described culinary griot. Her book Vibration Cooking is a memoir told through scores of low country recipes.

"Vibration Cooking certainly does not adhere to any rules," says Marie Brown, Smart-Grosvenor's editor at Doubleday. "And I think that what makes it really interesting and a cult classic is Vertamae's gift as a storyteller."

Smart-Grosvenor's imagination fueled her life and travels. When she was 19 in the 1950s — weary of being a gawky, tall, black teenager — she saved money from a department store job to sail to Paris, a trip inspired by Josephine Baker.

"There I was: in Europe; in Paris, France, the City of Light," she wrote in a 1986 commentary. "As I walked down the Boulevard Saint-Germain, I thought, 'I can't paint; I can't write; and I can't sing and dance like La Baker — but something great and wonderful is gonna happen to me.' The myth of Europe made me believe in the possibilities. I was one of the thousands of Afro-Americans in Europe seeking a future."

Smart-Grosvenor met her husband in Paris and made friendships there that lasted a lifetime. By the 1970s she was back in New York, and had become a legend in Bohemian circles. Actor Bob Wisdom remembers people telling him he had to meet her, and one time, at a jazz club, he did.

"All of a sudden, there was like literally a whoosh that came into the club and Verta was there with, you know, a gaggle of friends," Wisdom remembers. "And there was a bunch of laughter, and I see this tall, striking, fine black woman standing at the doorway with this big smile. And everybody stopped and their heads turned away from the bandstand, looking at Verta. And she knew everybody in the club."

Later, they went to a fabulous Upper West Side apartment where Smart-Grosvenor had been cooking. "The place is like laid out with dishes of every kind," Wisdom says. "And Verta had spent the day cooking. And I was like this little young cub — you know, I guess I'm a junior year in college — and I'm hanging out with Amiri Baraka and there's, you know, Sonia Sanchez and there's Nikki Giovanni ... every writer and painter and, you know, critic. They were all there — the black literati was there — and Verta was holding court."

She fed them — their bellies and their souls – just as her commentaries fed NPR listeners. Smart-Grosvenor spent the last years of her life in the place she loved best — South Carolina.