Accessibility links
Cannibalism: When People Ate People, A Strange Disease Emerged : The Salt For decades, a rare disease crawled across Papua New Guinea. When scientists realized what was behind kuru, it caught everyone by surprise. But similar diseases can still be transmitted through food. 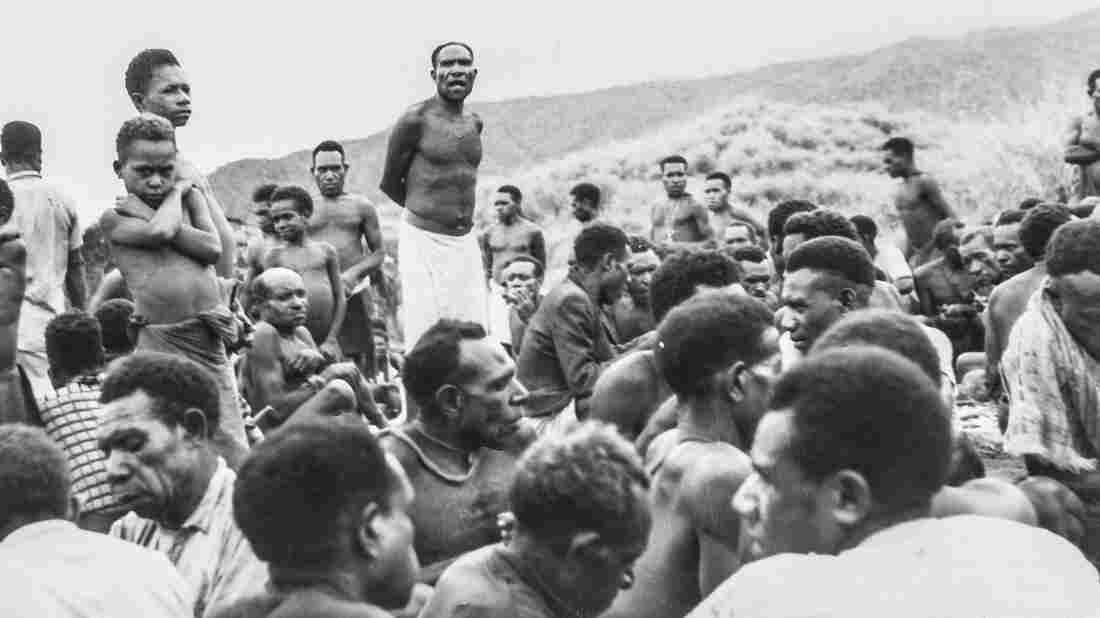 In 1962, a local leader in the Eastern Highlands of Papua New Guinea asks Fore men to stop the sorcery that he believes is killing women and children. Courtesy Shirley Lindenbaum hide caption 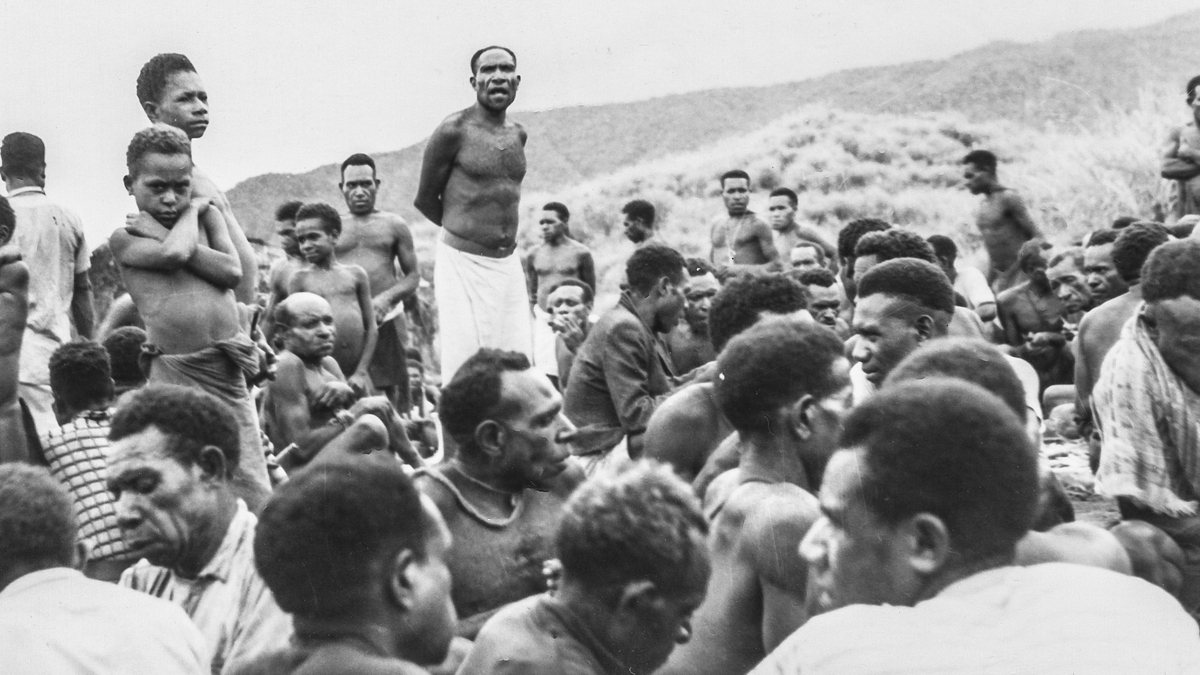 In 1962, a local leader in the Eastern Highlands of Papua New Guinea asks Fore men to stop the sorcery that he believes is killing women and children.

Most of the world didn't know anyone lived in the highlands of Papua New Guinea until the 1930s, when Australian gold prospectors surveying the area realized there were about a million people there.

When researchers made their way to those villages in the 1950s, they found something disturbing. Among a tribe of about 11,000 people called the Fore, up to 200 people a year had been dying of an inexplicable illness. They called the disease kuru, which means "shivering" or "trembling."

Many locals were convinced it was the result of sorcery. The disease primarily hit adult women and children younger than 8 years old. In some villages, there were almost no young women left.

"They were obsessed with trying to save themselves because they knew demographically that they were on the brink of extinction," says Shirley Lindenbaum, a medical anthropologist with the City University of New York.

But what was causing it? That answer eluded researchers for years. After ruling out an exhaustive list of contaminants, they thought it must be genetic. So in 1961, Lindenbaum traveled from village to village mapping family trees so researchers could settle the issue.

But Lindenbaum, who continues to write about the epidemic, knew it couldn't be genetic, because it affected women and children in the same social groups, but not in the same genetic groups. She also knew that it had started in villages in the north around the turn of the century, and then moved south over the decades.

In many villages, when a person died, they would be cooked and consumed. It was an act of love and grief.

Women removed the brain, mixed it with ferns, and cooked it in tubes of bamboo. They fire-roasted and ate everything except the gall bladder. It was primarily adult women who did so, says Lindenbaum, because their bodies were thought to be capable of housing and taming the dangerous spirit that would accompany a dead body.

"So, the women took on the role of consuming the dead body and giving it a safe place inside their own body — taming it, for a period of time, during this dangerous period of mortuary ceremonies," says Lindenbaum.

But women would occasionally pass pieces of the feast to children. "Snacks," says Lindenbaum. "They ate what their mothers gave them," she says, until the boys hit a certain age and went off to live with the men. "Then, they were told not to touch that stuff."

Finally, after urging from researchers like Lindenbaum, biologists came around to the idea that the strange disease stemmed from eating dead people. The case was closed after a group at the U.S. National Institutes of Health injected infected human brain into chimpanzees, and watched symptoms of kuru develop in the animals months later. The group, which won a Nobel Prize for the findings, dubbed it a "slow virus."

But it wasn't a virus — or a bacterium, fungus, or parasite. It was an entirely new infectious agent, one that had no genetic material, could survive being boiled, and wasn't even alive.

As another group would find years later, it was just a twisted protein, capable of performing the microscopic equivalent of a Jedi mind trick, compelling normal proteins on the surface of nerve cells in the brain to contort just like them. The so-called "prions," or "proteinaceous infectious particles," would eventually misfold enough proteins to kill pockets of nerve cells in the brain, leaving the cerebellum riddled with holes, like a sponge.

The process was so odd that some compared it to Dr. Jekyll's transformation to Mr. Hyde: "the same entity but in two manifestations — a 'kind', innocuous one and a 'vicious', lethal one."

The epidemic likely started when one person in a Fore village developed sporadic Creutzfeldt-Jakob Disease, a degenerative neurological disorder similar to kuru. According to the Centers for Disease Control and Prevention, about one in a million people in the U.S. develop CJD -- the difference is that others rarely come into contact with infected human tissue.

Though the Fore stopped the practice of mortuary feasts more than 50 years ago, cases of kuru continued to surface over the years, because the prions could take decades to show their effects.

According to Michael Alpers, a medical researcher at Curtin University in Australia who tracked kuru cases for decades, the last person with kuru died in 2009. His team continued surveillance until 2012, when the epidemic was officially declared over. "I have followed up a few rumoured cases since then but they were not kuru," he wrote in an email. 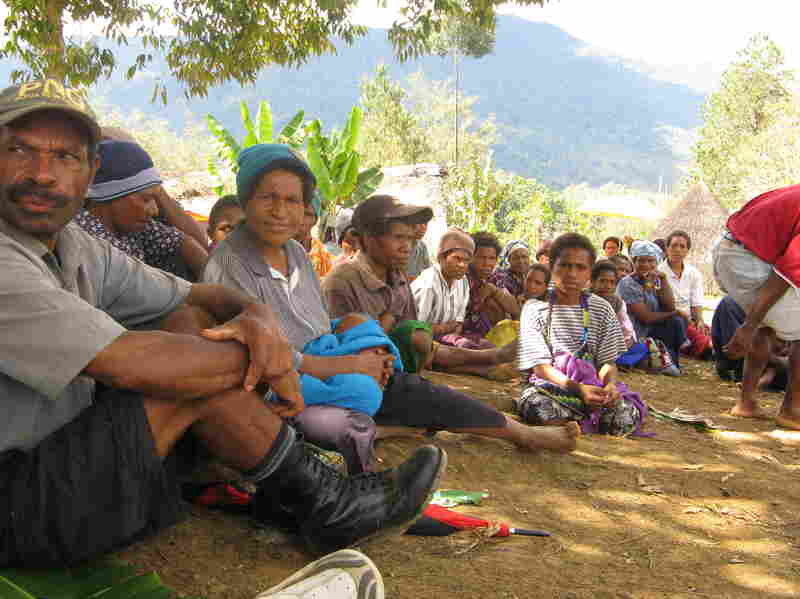 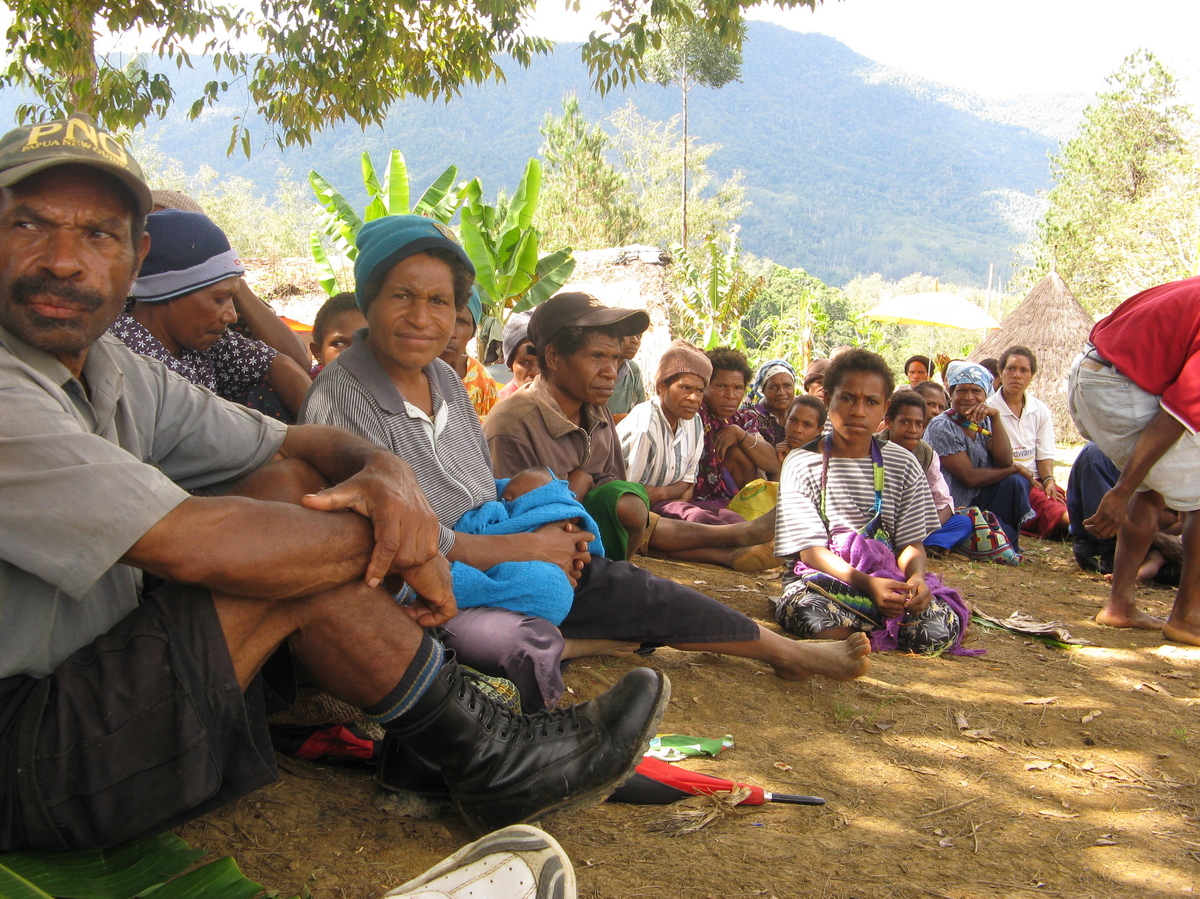 When Shirley Lindenbaum visited a South Fore village in 2008, one man said excitedly, "See how many children we have now?"

But while they remain rare, transmissible prion diseases did not die out with the last kuru case, as people have found repeatedly in recent decades. People have developed variant CJD after eating the meat of cattle infected with mad cow disease. Dr. Ermias Belay, a prion disease researcher with the Centers for Disease Control and Prevention, says that's the only scenario in which there is "definitive evidence" that humans can develop a prion disease after eating the infected meat of another species.

But, he says, there are still a lot of open questions about how and why humans get prion diseases.

For one, it's still a mystery why animals, including humans, have those proteins in the first place — the Jekylls that can be so easily turned into Hydes. One leading hypothesis, described recently in the journal Nature, is that they play an important role in the protective coating around nerves.

But here's the bigger question, says Belay: "How many of these diseases actually jump species and affect humans?"

"Chronic wasting disease in North America is spreading fast," says Belay. The disease causes infected wild deer and elk to starve to death. "In early 2000, we had about three states that reported CWD in the wild in deer and elk. Today, that number is 21."

Belay says the disease is "a little bit concerning" because, unlike mad cow disease and kuru, where infectious prions were concentrated in the brain and nervous system tissue, in an animal with chronic wasting disease, the misfolded prions show up all over the body. They can even be found in saliva, feces and urine, which could explain how the disease is spreading so quickly among wild deer and elk.

The CDC is working with public health authorities in Wyoming and Colorado to monitor hunters for signs of prion disease.

"Unfortunately, because these diseases have long incubation periods, it's not easy to monitor transmission," says Belay. He says he and his colleagues have yet to find any evidence that hunters have picked up chronic wasting disease from the meat of infected wild animals.

The Politics Of Cannibalism. Or, Crazy Things Academics Write About

But, as with kuru, it will take years — maybe even decades — before he can know for sure.