Accessibility links
Skipping Meals, Joining Gangs: How Teens Cope Without Enough Food At Home : The Salt Many kids rely on school for food their families can't afford. Two reports suggest one group is falling through the cracks: teens. Dogged by hunger, teens may try a wide range of strategies to get by. 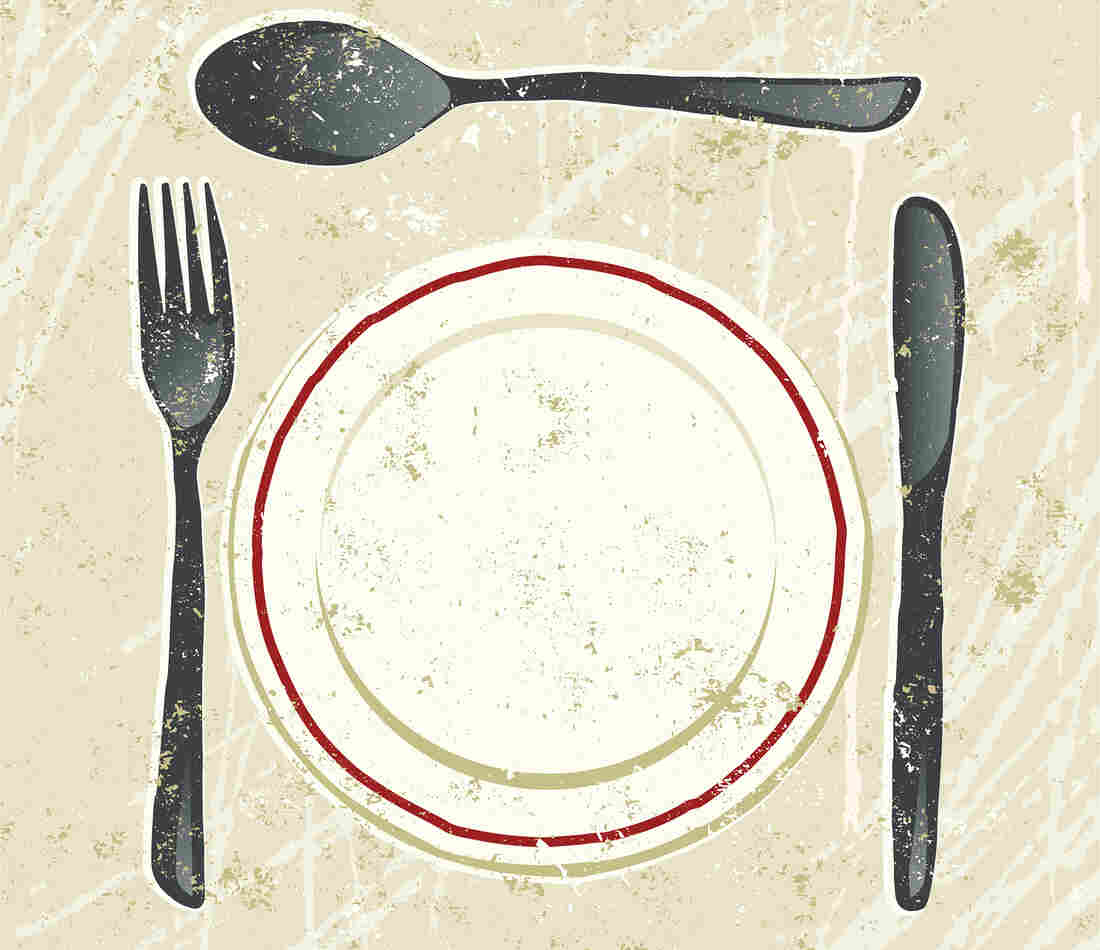 Many kids rely on school for food their families can't afford. Two reports suggest one group is falling through the cracks: teens. Dogged by hunger, teens may try a wide range of strategies to get by. Meriel Jane Waissman/Getty Images hide caption 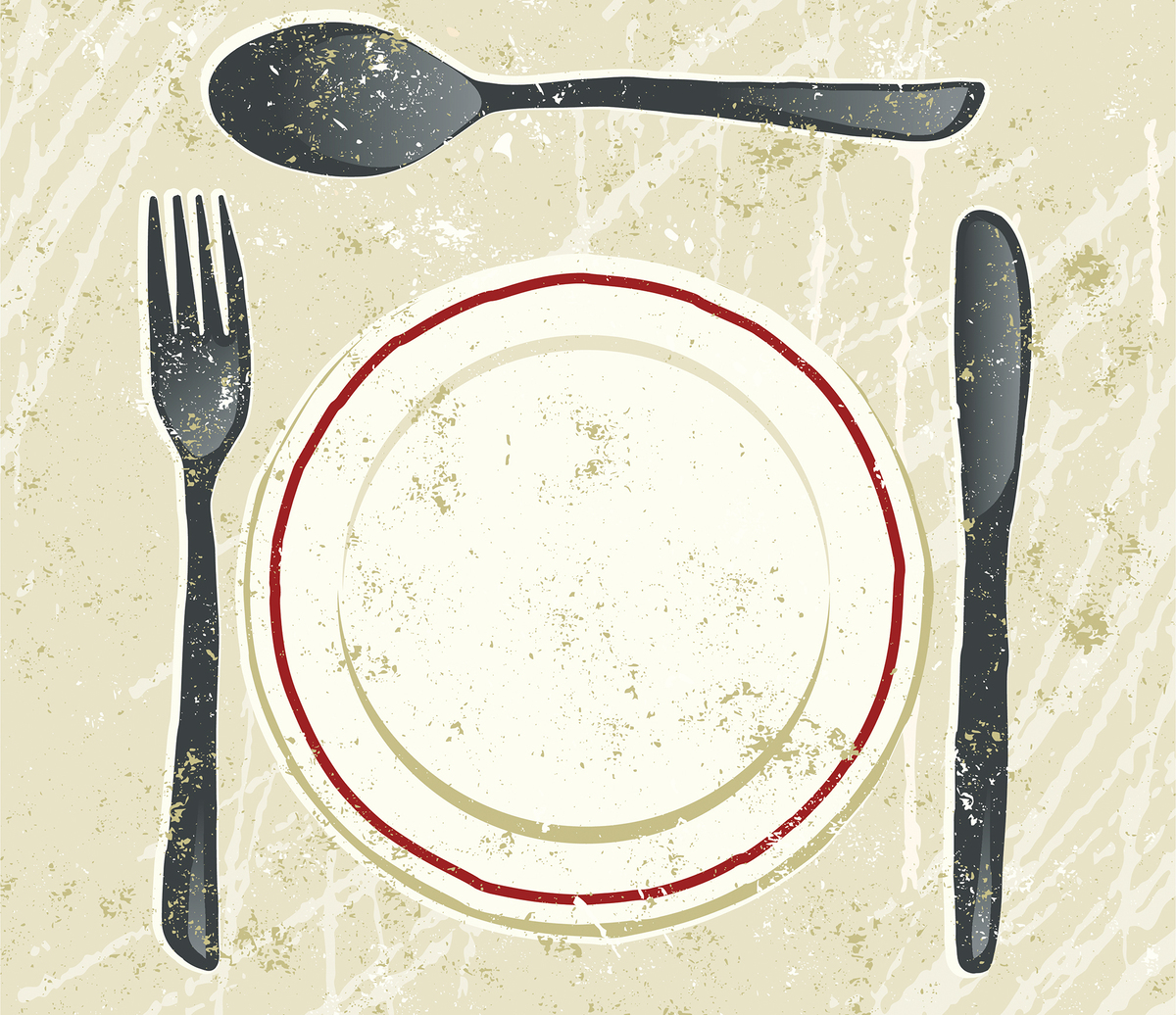 Many kids rely on school for food their families can't afford. Two reports suggest one group is falling through the cracks: teens. Dogged by hunger, teens may try a wide range of strategies to get by.

When Lanarion Norwood Jr. was 9 years old, he opened his family's refrigerator to find it almost empty. His grandmother, unemployed because of disability, had run out of food for the month. So Norwood did what many young children adamantly resist: He went to bed early. Sleeping, he reasoned, would help him suppress hunger, and he knew the next day he could eat at his Atlanta school.

That memory is one of Norwood's earliest recollections of being hungry, but not his last. As a teenager, his food concerns grew with his appetite. "I would plan out my meal[s]," Norwood says, now a freshman at Morehouse College in Atlanta. "I knew I could eat breakfast and lunch at school and I could eat again later at [an afterschool mentoring program]."

Number Of Hungry U.S. Kids Drops To Lowest Level Since Before Great Recession

Lots of kids like Norwood rely on schools for food their families can't afford. Federal programs like the National School Lunch Program offer free or discounted meals to children from low-income families. But two reports out this month from the Urban Institute and Feeding America suggest one group is falling through the cracks: teenagers. Roughly 7 million children in the U.S. aged 10-17 struggle with hunger, according to one report, which examines teenage access to food. Dogged by hunger, teenagers may try a wide range of solutions, from asking friends for meals to bartering sex for food.

To learn about teen hunger, the researchers partnered with food banks and, with funding from Conagra, conducted 20 focus groups across the country with adolescents from low-income families. The researchers found two challenges to feeding teens in need: First, some of the charitable programs that target young children — like backpack programs that allow kids to take food home over the weekend — aren't always offered to teenagers. And second, even when programs are available, teenagers feel more self-conscious about accepting free food or may not realize that they are eligible for the assistance.

Lead researcher Susan Popkin of the Urban Institute explains why the challenges facing teenagers are unique: "It's easier to get to little kids. They're all in school. They're certainly more cooperative. Teens are often seen as the problem. Not as part of the solution."

Teens, Popkin explains, are more aware of the stigma associated with a free lunch than younger children. They're also at an age where fitting in is paramount. So many teens will forego official programs and try to get meals from other places – by going to a friend's house with a well-stocked pantry, for example.

Norwood says pride is a major hurdle. "Why should I have to go through a program just to eat when I'm almost grown?" he says, describing the attitude of some of his peers.

Even adolescents who do opt to take advantage of school programs may not get a good meal, according to Popkin, because they often receive the same portion sizes as elementary school children. What's more, teens often squirrel the meal away for younger siblings.

Are You Hungry? Pediatricians Add A New Question During Checkups

"They feel the pressure that their parents are under," she says. "They're old enough to be aware of it and they want to help. They go hungry along with their parents."

Teenagers cope with hunger in other ways too, the researchers found. Teenagers try to get jobs, but often struggle against the competition of adults with more experience and more flexible hours. The jobs they can get — like cutting hair or mowing grass — often don't pay well enough to bridge the gap in the family's food budget.

Sometimes teenagers turn to less benign methods to get money or food. Teenagers in the focus groups cited petty theft and even gang membership as methods adolescents used to put money and food on the table.

Most surprising to Popkin was that some teenagers, girls in particular, date older men with more disposable money in order to get food. Thirteen of the 20 focus groups talked about trading sex for a meal.

What can be done to improve the plight of food-insecure teenagers? Popkin says simply extending elementary meal programs to teenagers could be a start, as well as increasing portions with age.

Emily Engelhard, managing director of research and evaluation for Feeding America, says teens came up with other ideas as well, like tying free food to another less stigmatized activity – like movie night or a basketball game. She says an important takeaway from the research is "just how incredible and resilient these teens are."

Better and more accessible grocery stores in low-income neighborhoods would also help, says Norwood. He says many people in Atlanta have to take a bus or train to reach a grocery store with fresh produce and can't afford the time or fare, to say nothing of lugging the groceries home.

He sums up the importance of teen hunger simply: "It is real. It is serious. And it should be addressed. It affects the mind, it affects the body, and it affects the soul. Without that, what do you have?"